Yokohama Sankeien Garden: a Japanese garden that captures the "essence of Japan"! 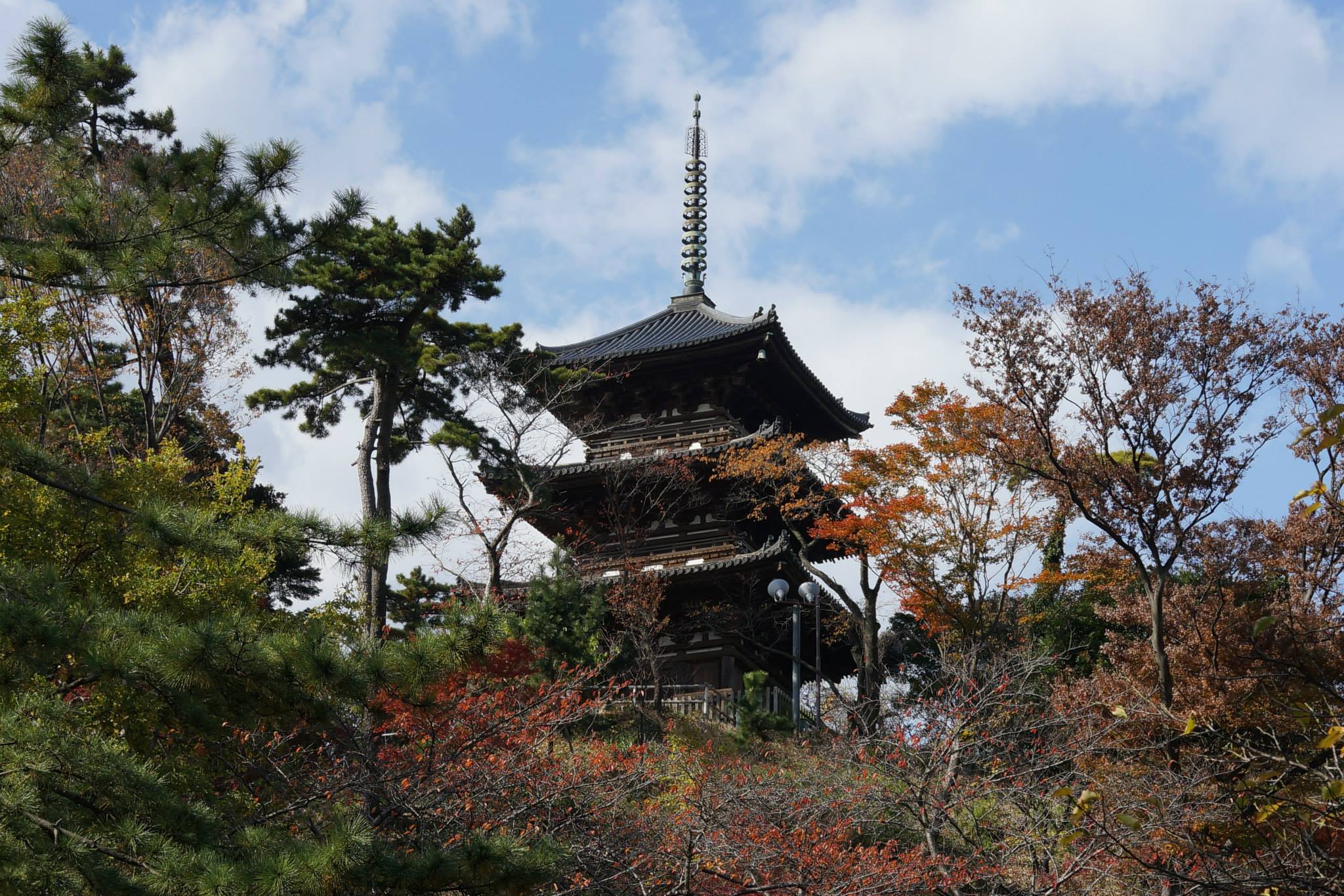 The Three-story Pagoda of Old Tomyoji temple (the outer garden)

Yokohama Sankeien Garden is a Japanese garden in Honmoku District, Yokohama. A beautifully constructed garden, it consists of 17 historical buildings relocated from Kyoto and Kamakura, thoughtfully laid out in a wide valley of approximately 175,000. Among the buildings are a mansion, a villa, a temple and a teahouse. It's a place that really gives you a sense of "Japan" and the Japanese essence. In my opinion, a Japanese garden that has as many historical buildings as Yokohama Sankeien Garden is rare among the many Japanese gardens in Japan. It is a wonderful Japanese garden that is worth visiting, though it is inconvenient to get to as there is no railway station nearby. One of the beautiful things about the park is that you can get a refreshing taste of nature in every season. Plum blossoms and cherry blossoms during spring, fireflies in the summer and autumn leaves in fall.

The place was actually once a private residence. The owner was Sankei HARA, a businessman in Yokohama who built up his fortune through filature and silk trade at the end of the Meiji period (1868 - 1912) through the Taisho period (1912 - 1925). Sankei Hara built his principal residence, "Kakushokaku" and started to construct the garden in 1902. The outer garden was completed in 1914 and the inner garden in 1922. The outer garden was opened to the public in 1906 and was already known to many at the time. On the other hand, the inner garden was kept private.
Sankei HARA supported many up and coming artists at the time such as Daikan YOKOYAMA and he himself had an interest in writing and painting. You can see the works of Sankei and other artists in the Sankei Memorial. The Yokohama Sankeien Garden was damaged by the Great Kanto Earthquake of 1923 and a WWII air raid in 1945. As a result, the garden was donated to Yokohama City by the Hara family after the war and was restored to its current condition. 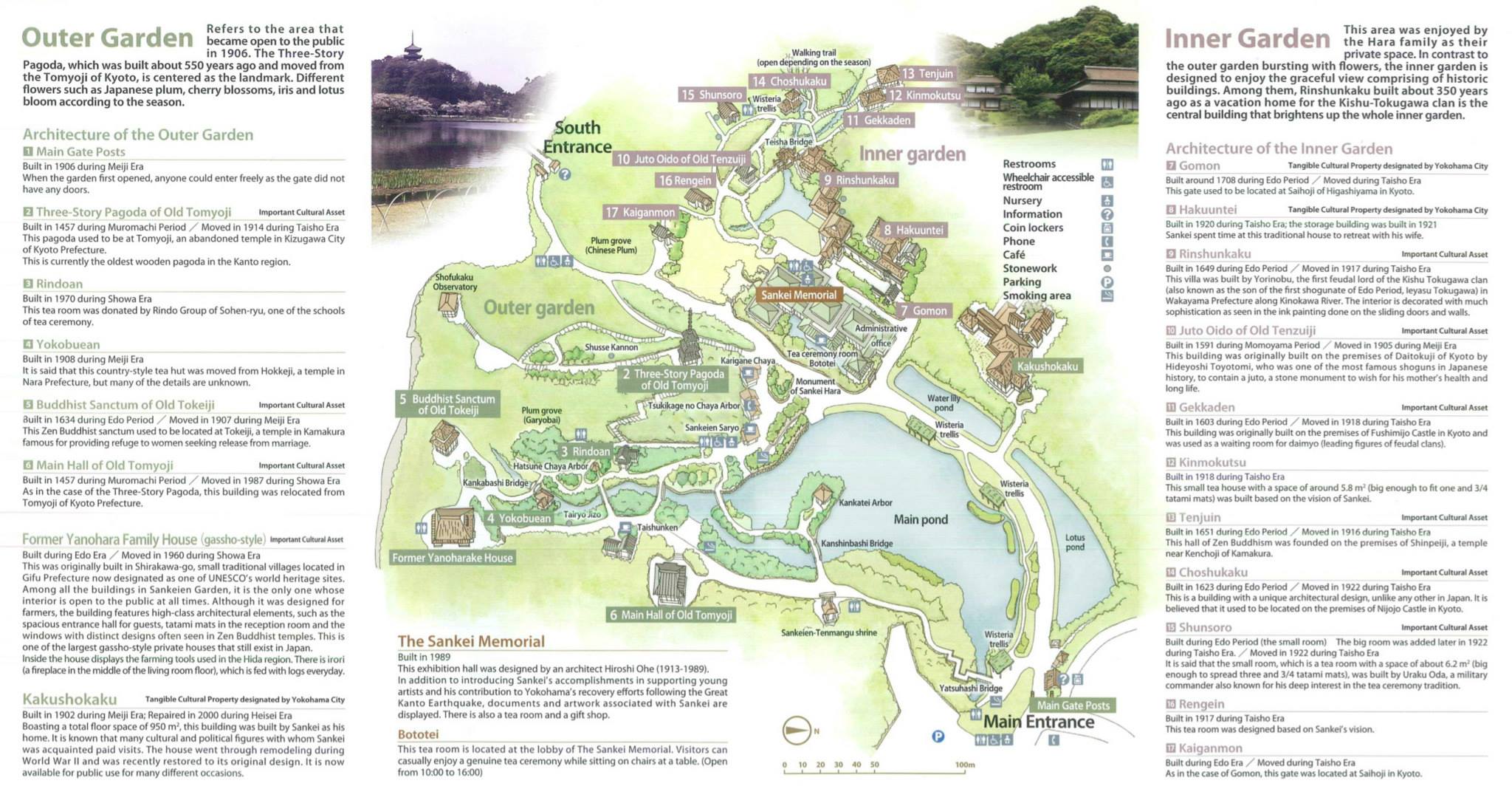 Map; quoted from the official site 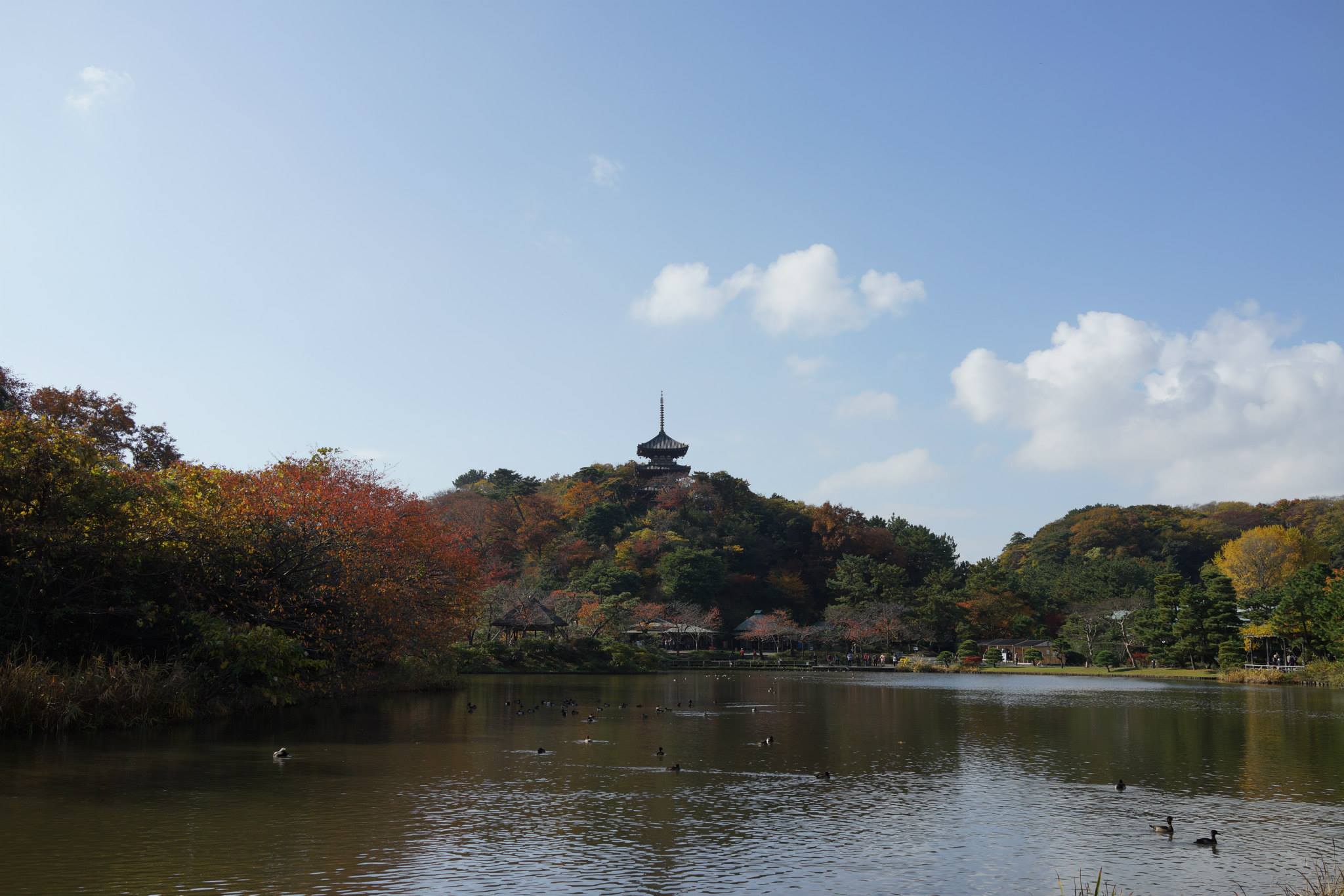 The area on the main entrance side of Sankei Memorial is the outer garden. Oike Pond (Main Pond) and the Three-story Pagoda of Old Tomyoji temple will be right in front of your eyes when entering through the main entrance. It is wonderful view that really captures the essence of Yokohama Sankeien Garden. On the right side is Kakushokaku, which was once the residence of Sankei HARA. It is a large mansion with a straw-thatched roof and a total floor area of 950 . It is currently used as a rental space. On the left side, notable buildings include, the Main Hall of Old Tomyoji temple, the Buddhist Sanctum of Old Tokeiji temple, and the former Yanohara Family's house. The former Yanohara Family's house was once a private house in Shirakawago, Gifu Prefecture (the village itself is a World Heritage Site). The inside is available for observation from 9:00am to 4:30pm. If you're hungry, you can enjoy Japanese foods and sweets at Sankeien Saryo, Karigane Chaya or Taishunken, located in the outer garden. 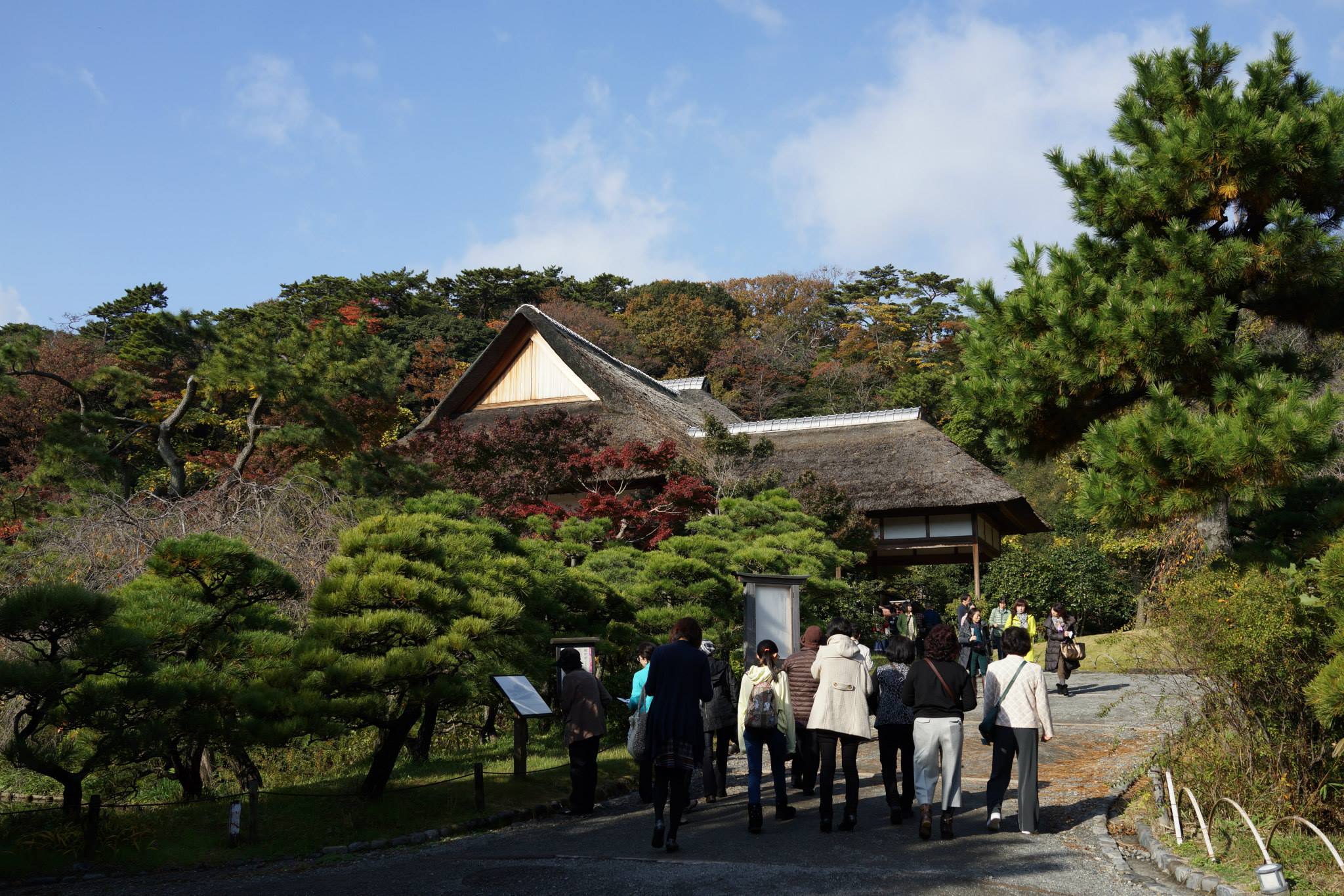 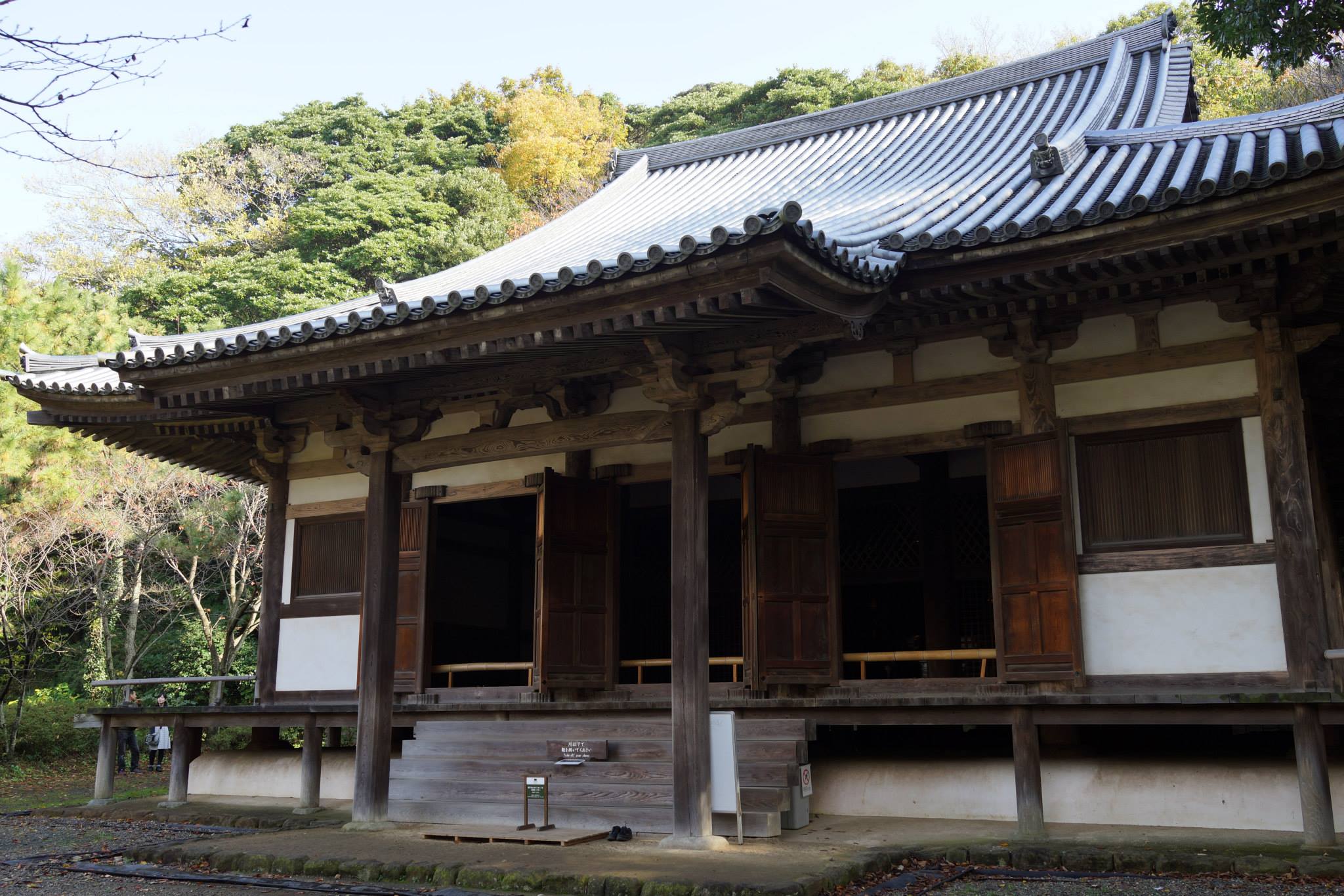 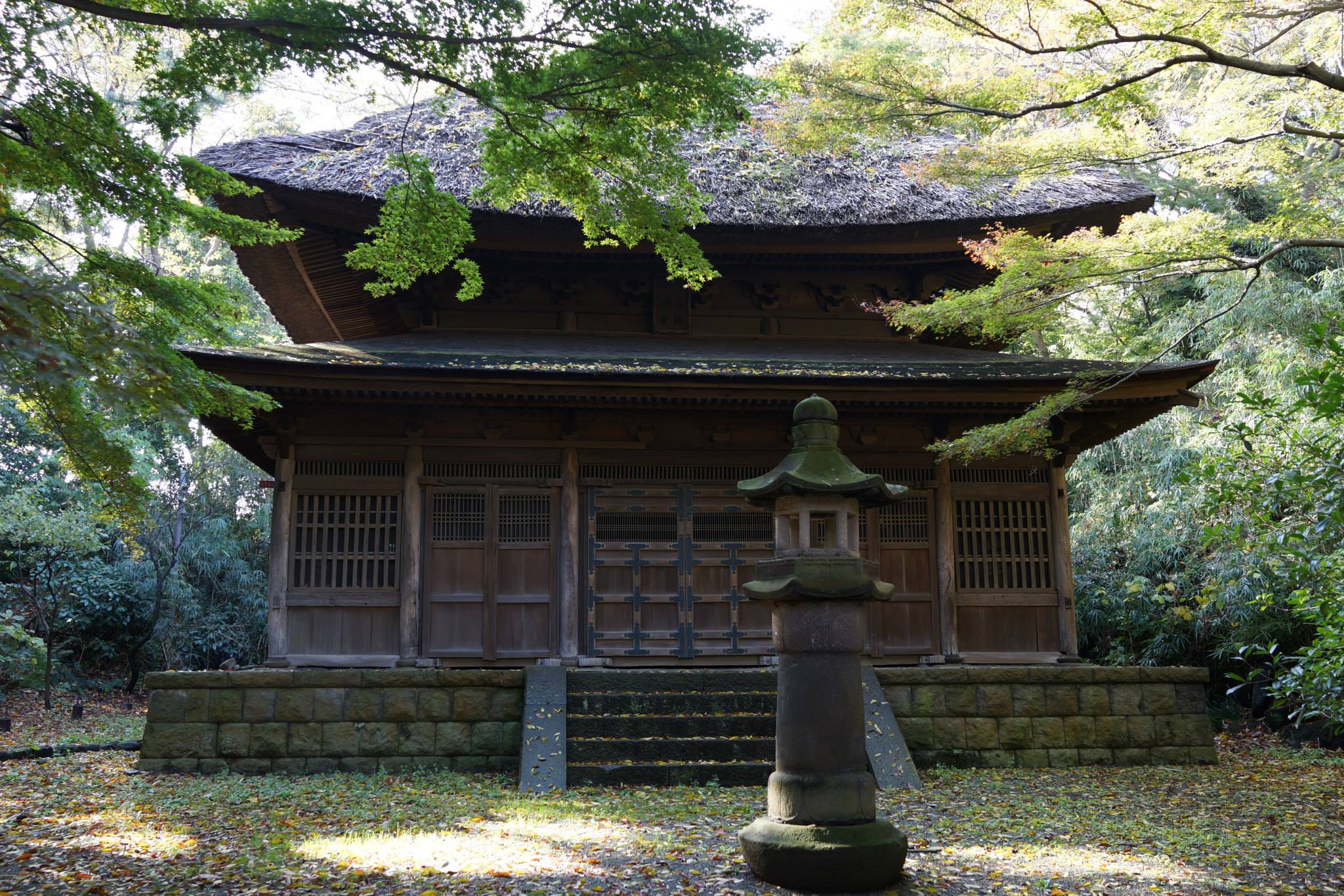 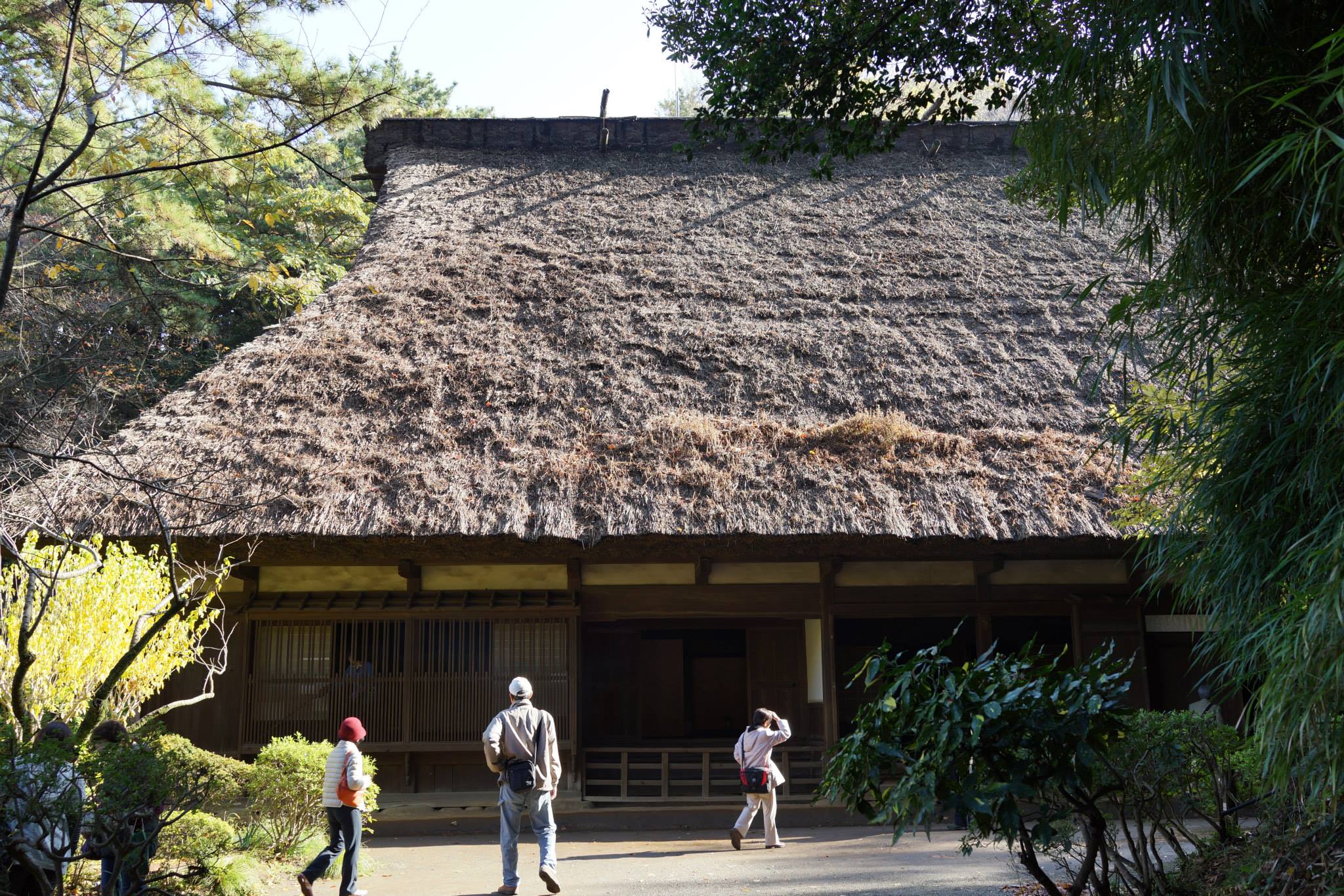 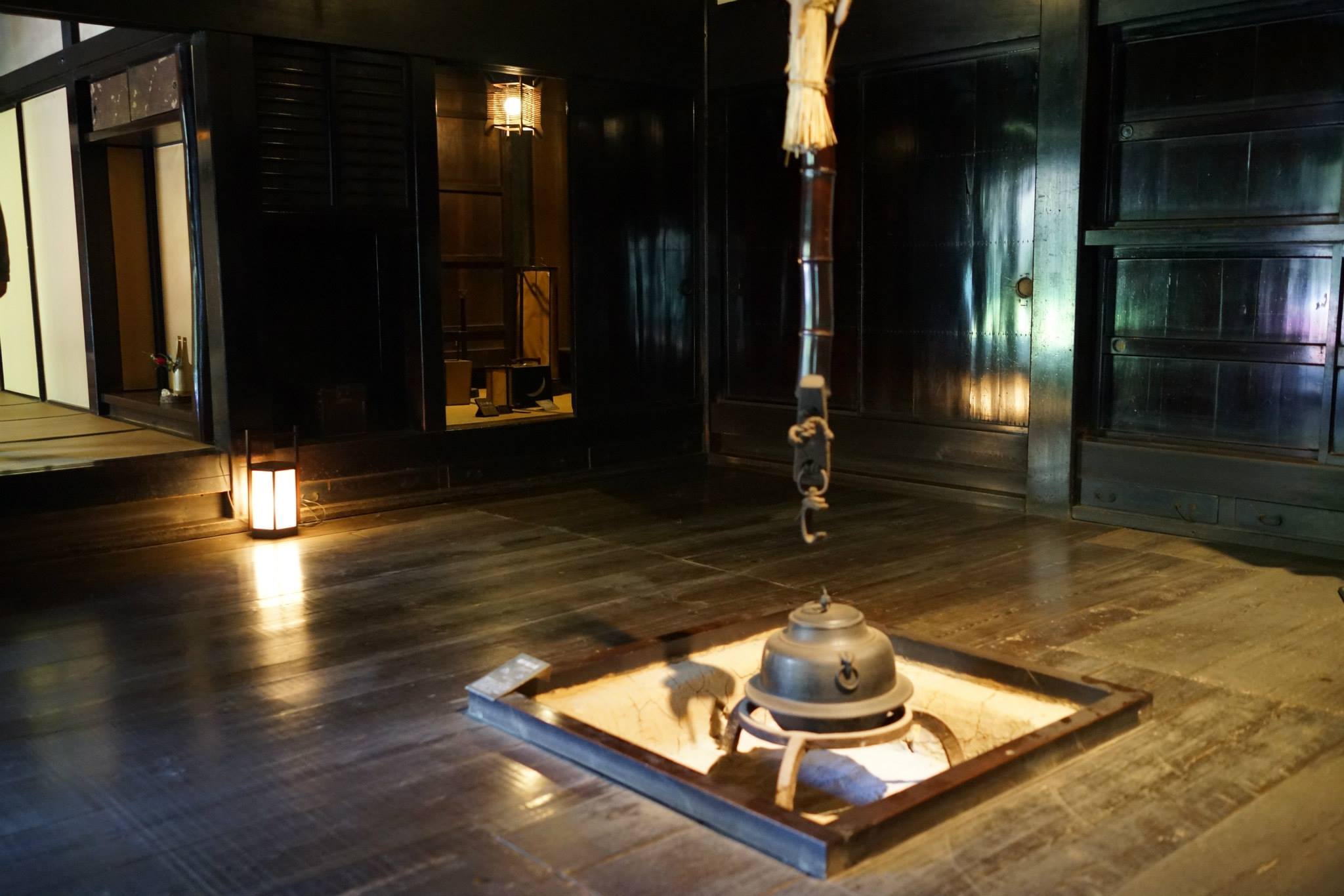 The inside of the former Yanohara Family's house 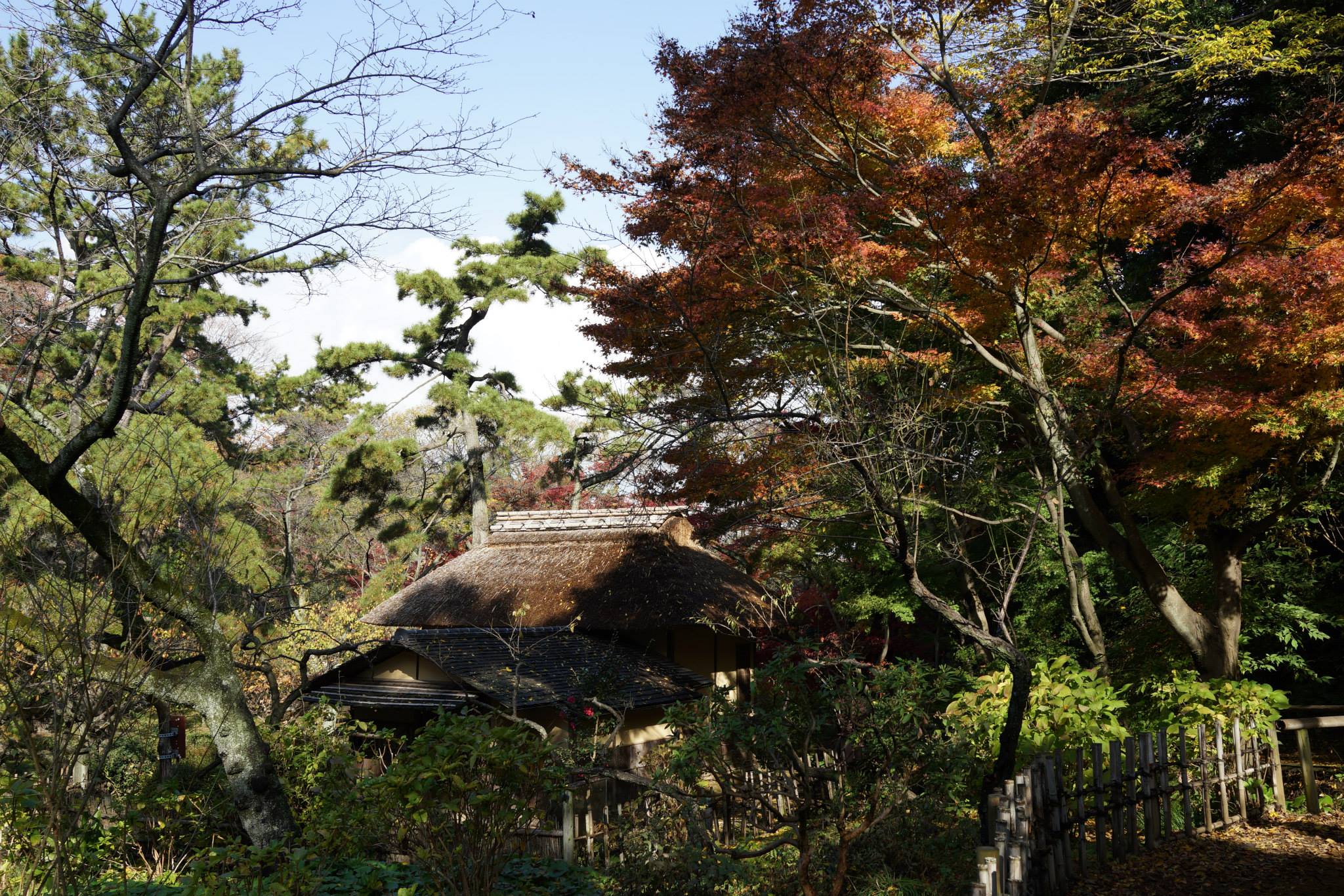 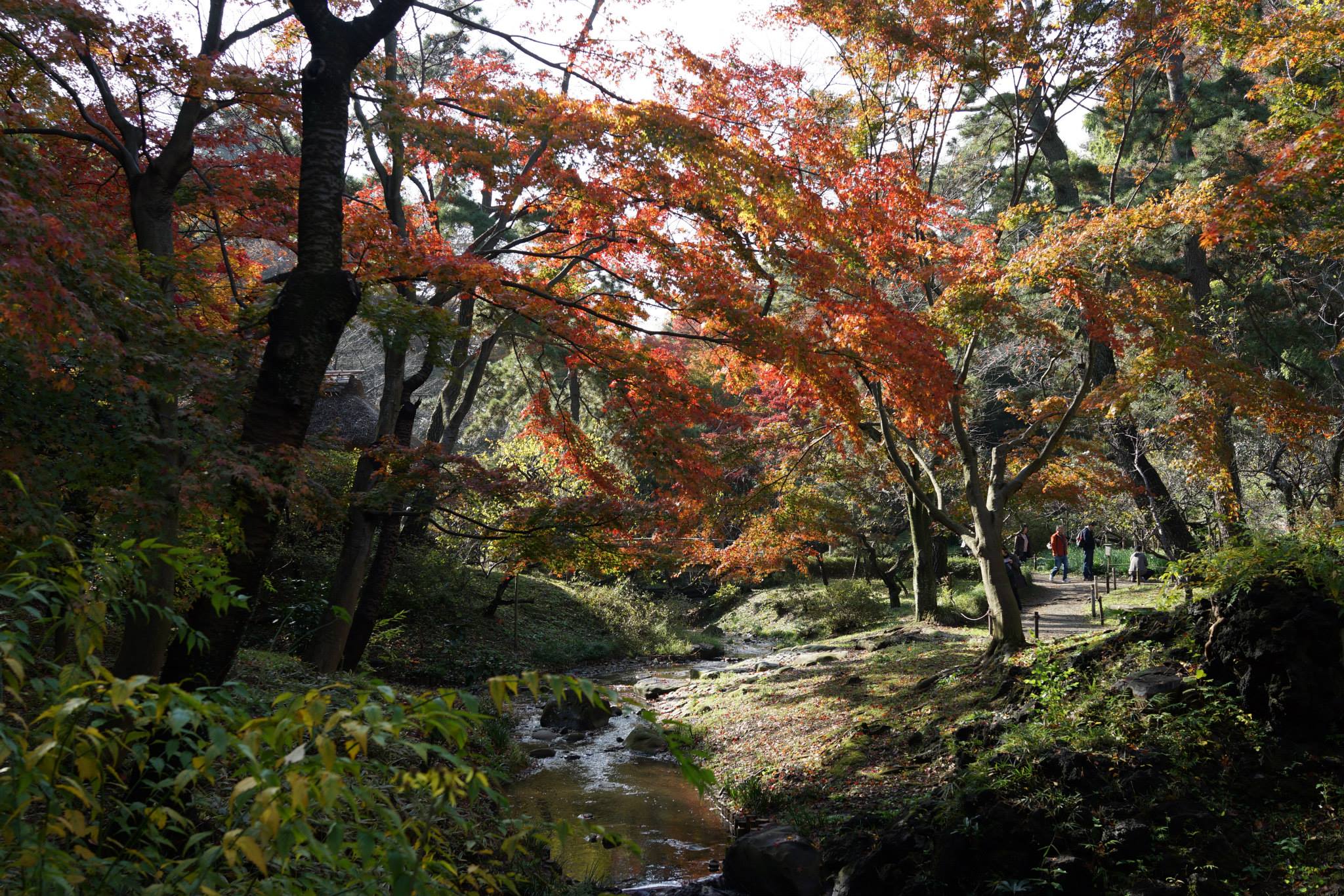 A stream in the outer garden 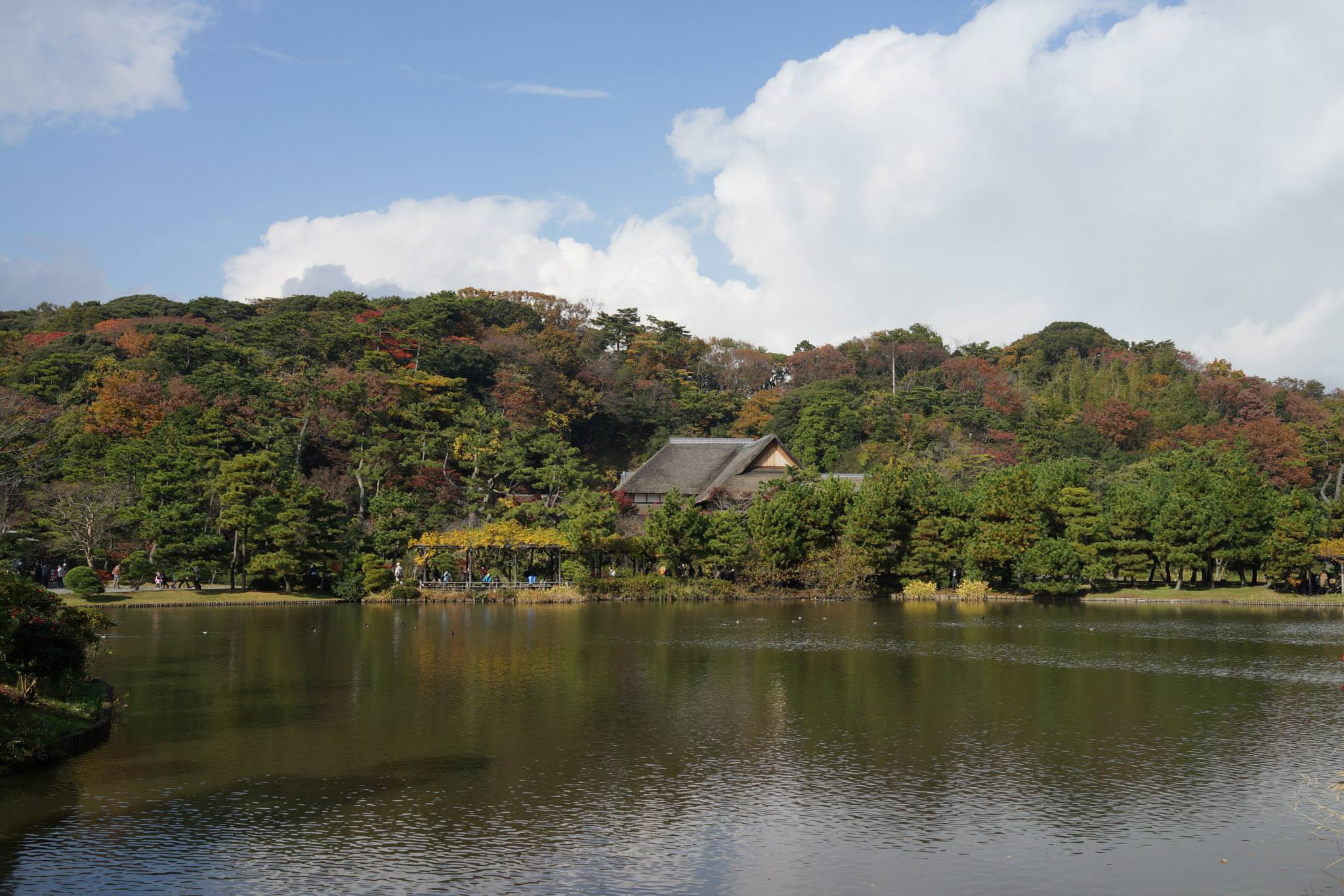 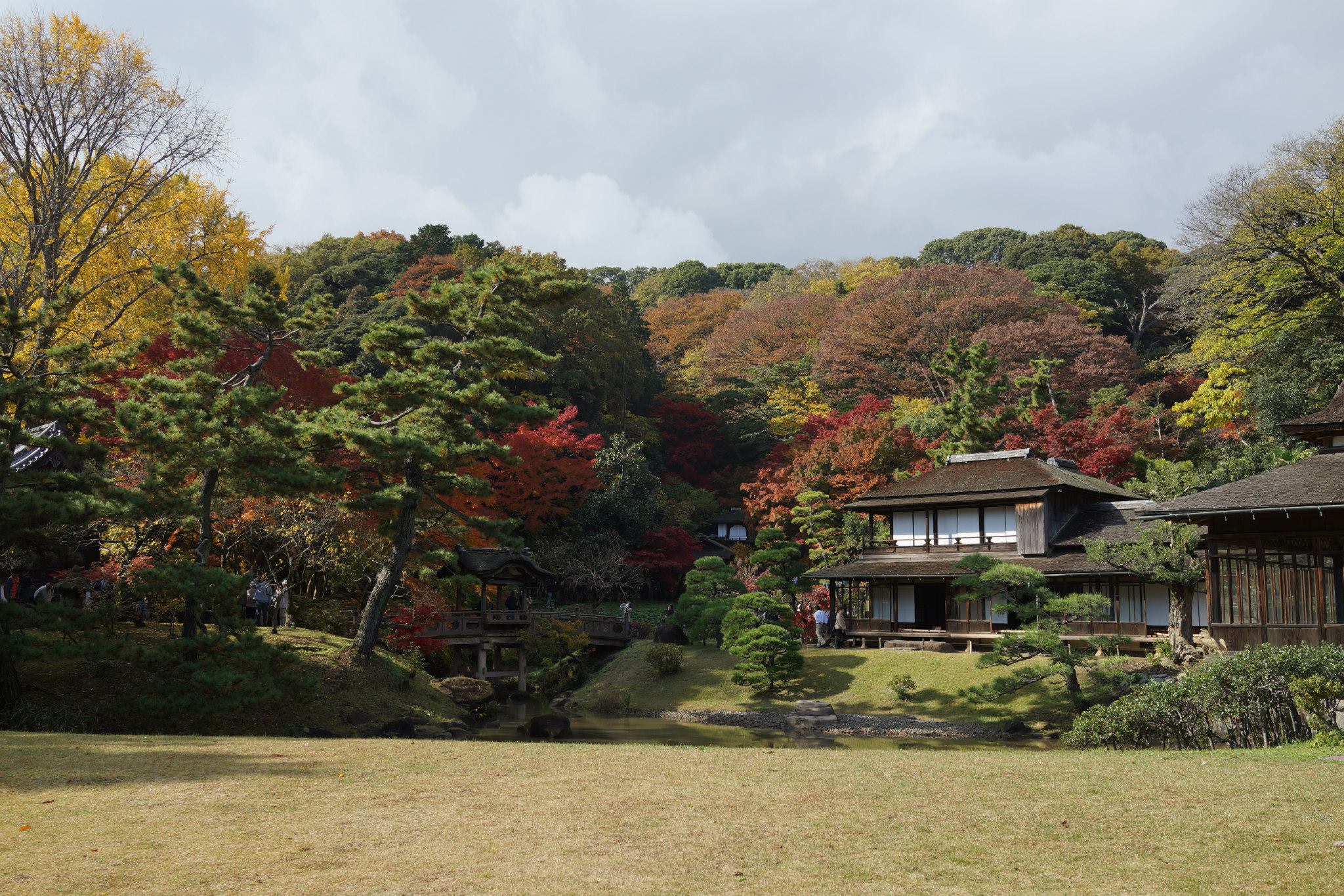 The inner garden is located behind the Sankei Memorial. It was once the private garden of Sankei Hara. It is smaller than the outer garden but a very sophisticated garden nonetheless. After going through Gomon Gate, Rinshunkaku and a small pond will be in sight just in front of you. Rinshunkaku was once a villa for the Kishu-Tokugawa family and consists of three buildings in the form of "ganko" (lining up shoulder to shoulder like flying geese). The layout of the buildings really complement the pond to create a beautiful sight. The view from the bridge on top of the pond is wonderful as well. In the rear of the garden, there are streams that flow up sloped land. You can check out precious historical artifacts such as the Gekkaden, Tenjuin, Choshukaku, Shunsoro and Juto Oido of Old Tenzuiji temple. If you're able to come in the fall you'll be able to catch the magnificent sight of the autumn leaves throughout the garden. 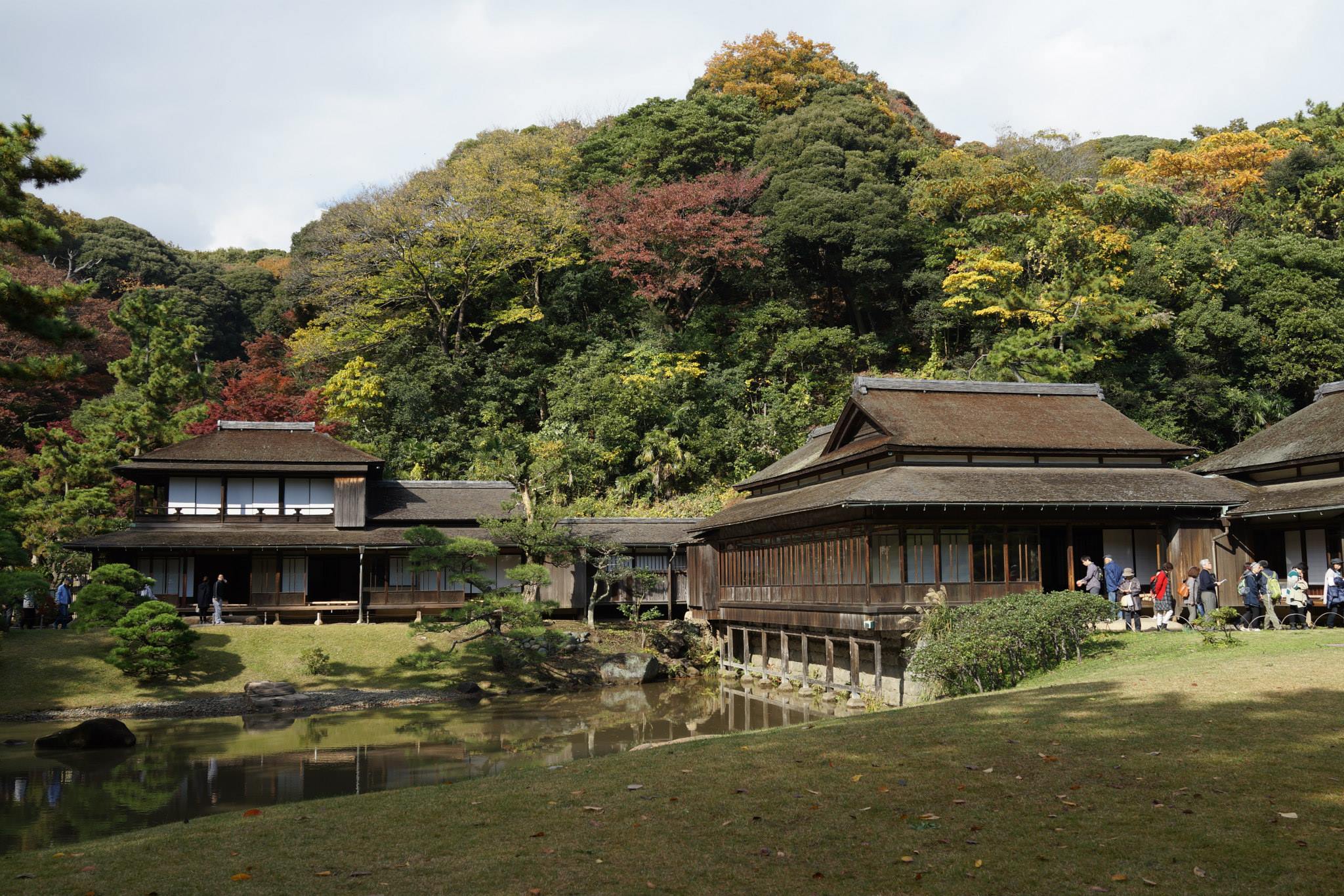 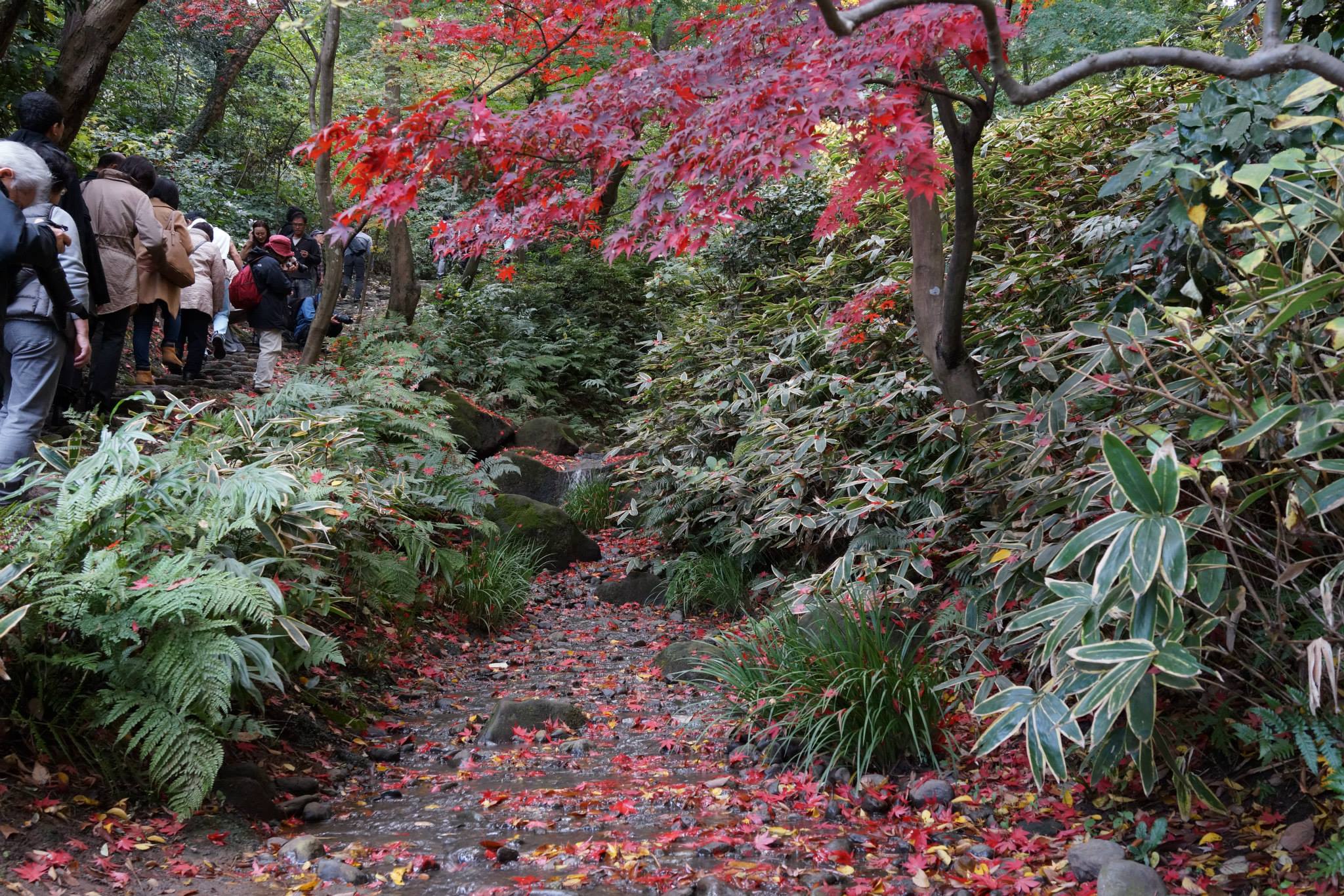 A stream in the inner garden 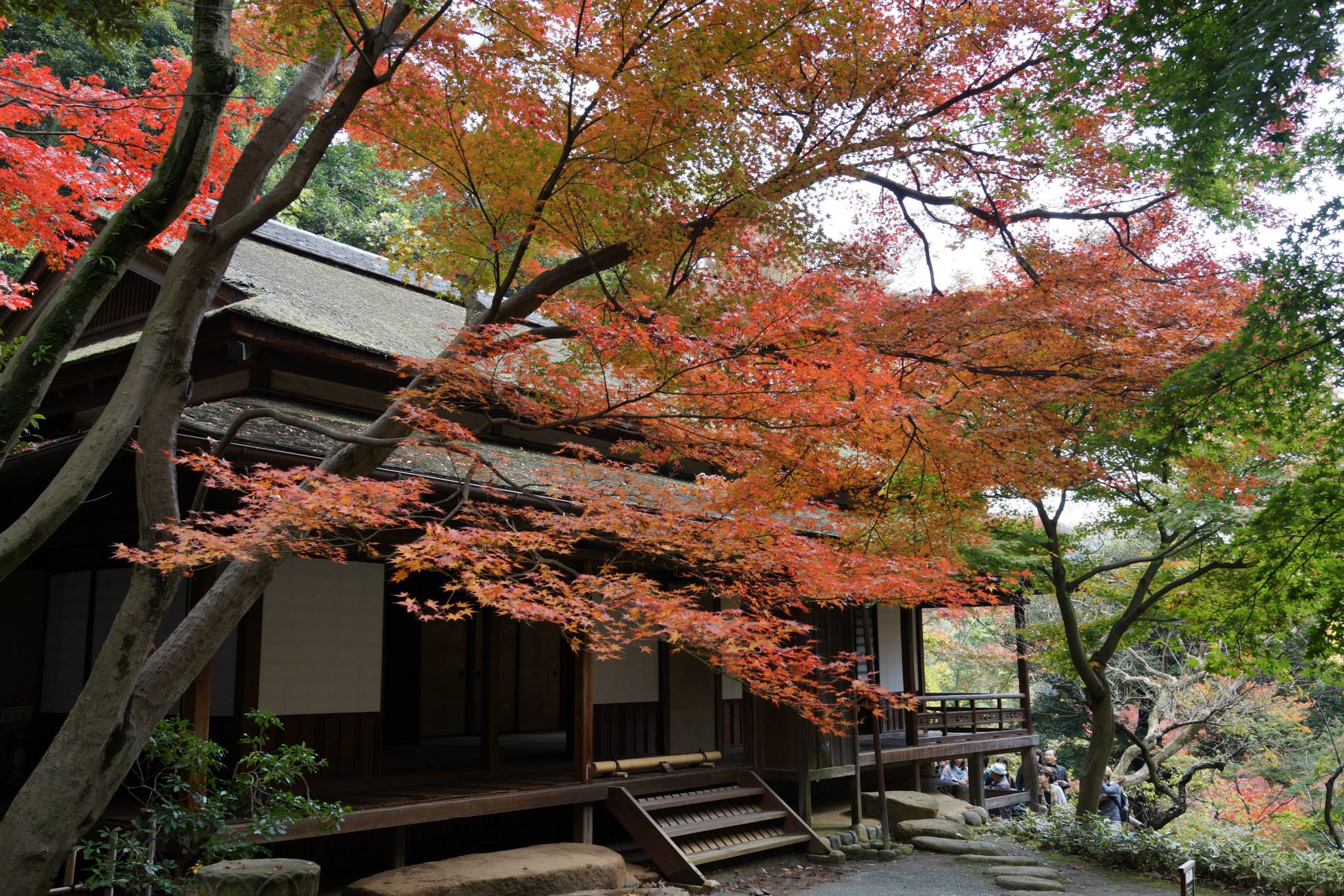 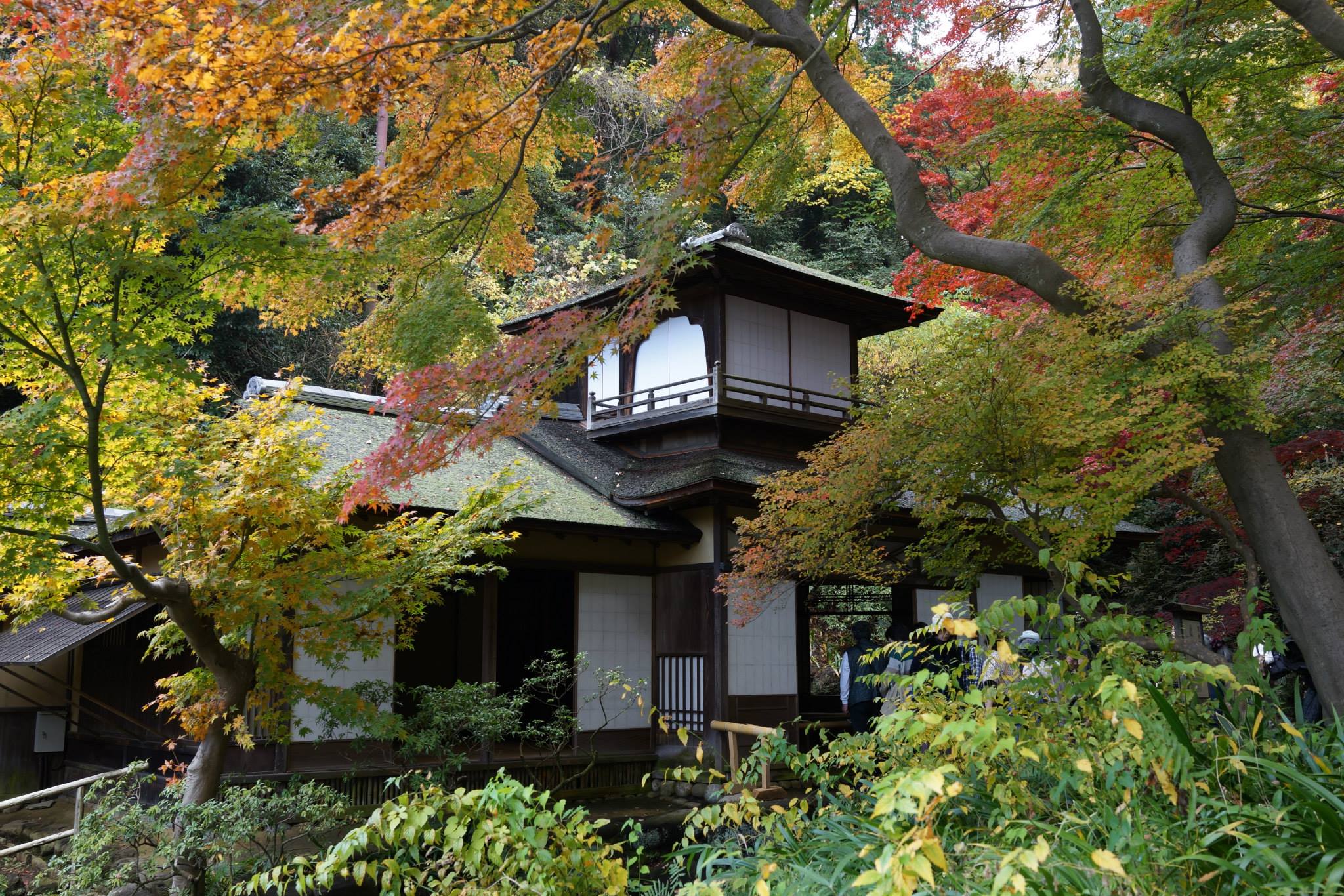 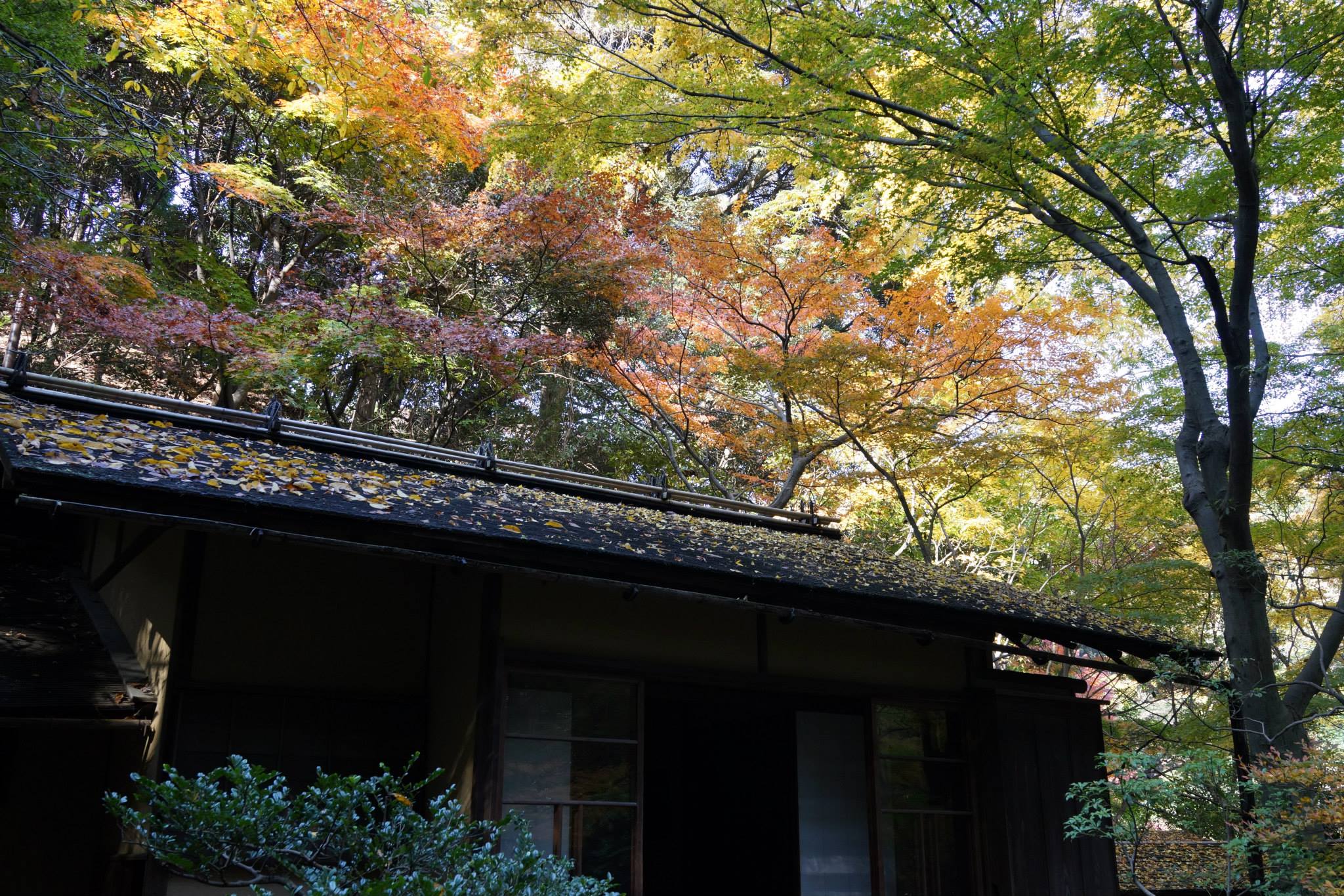 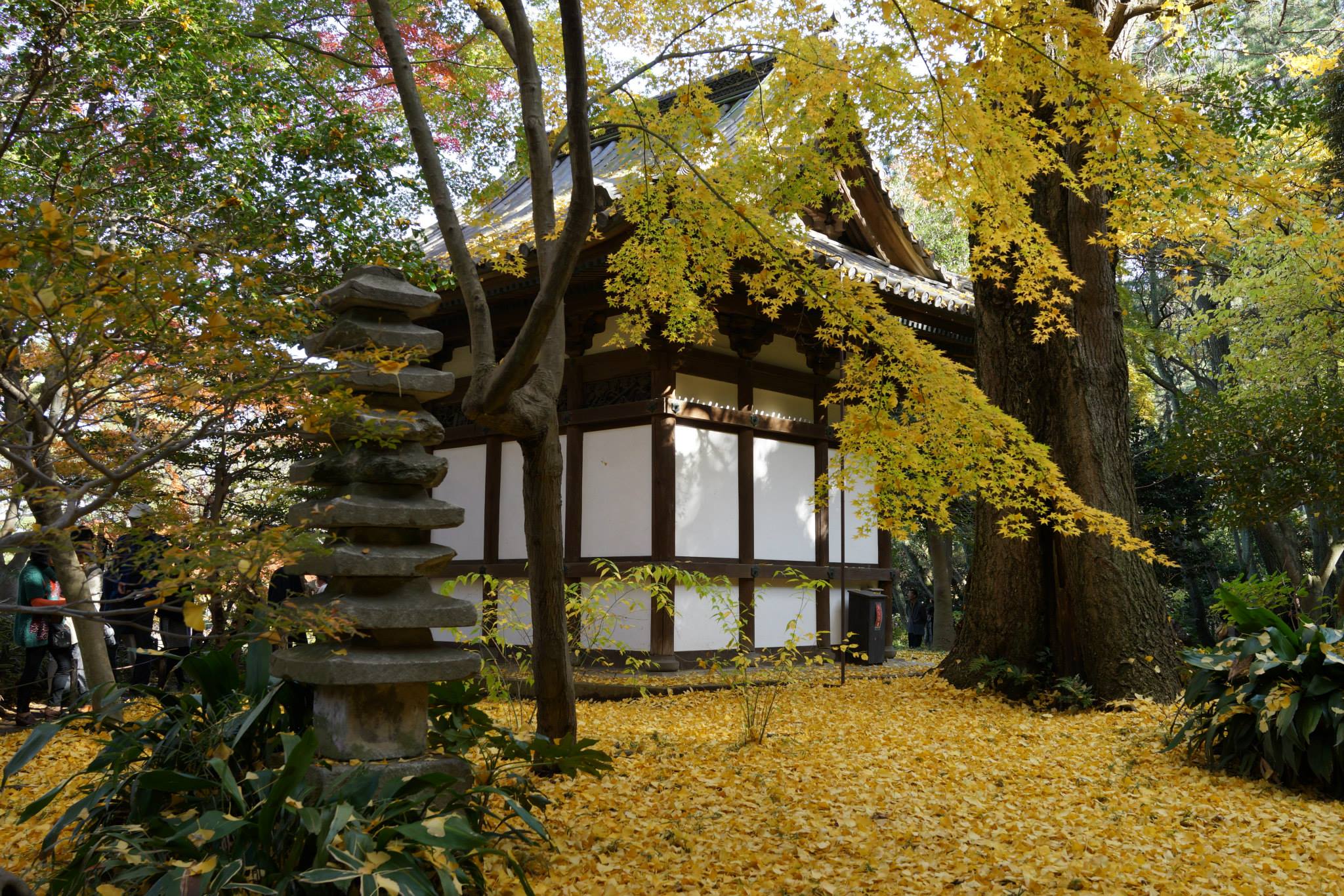 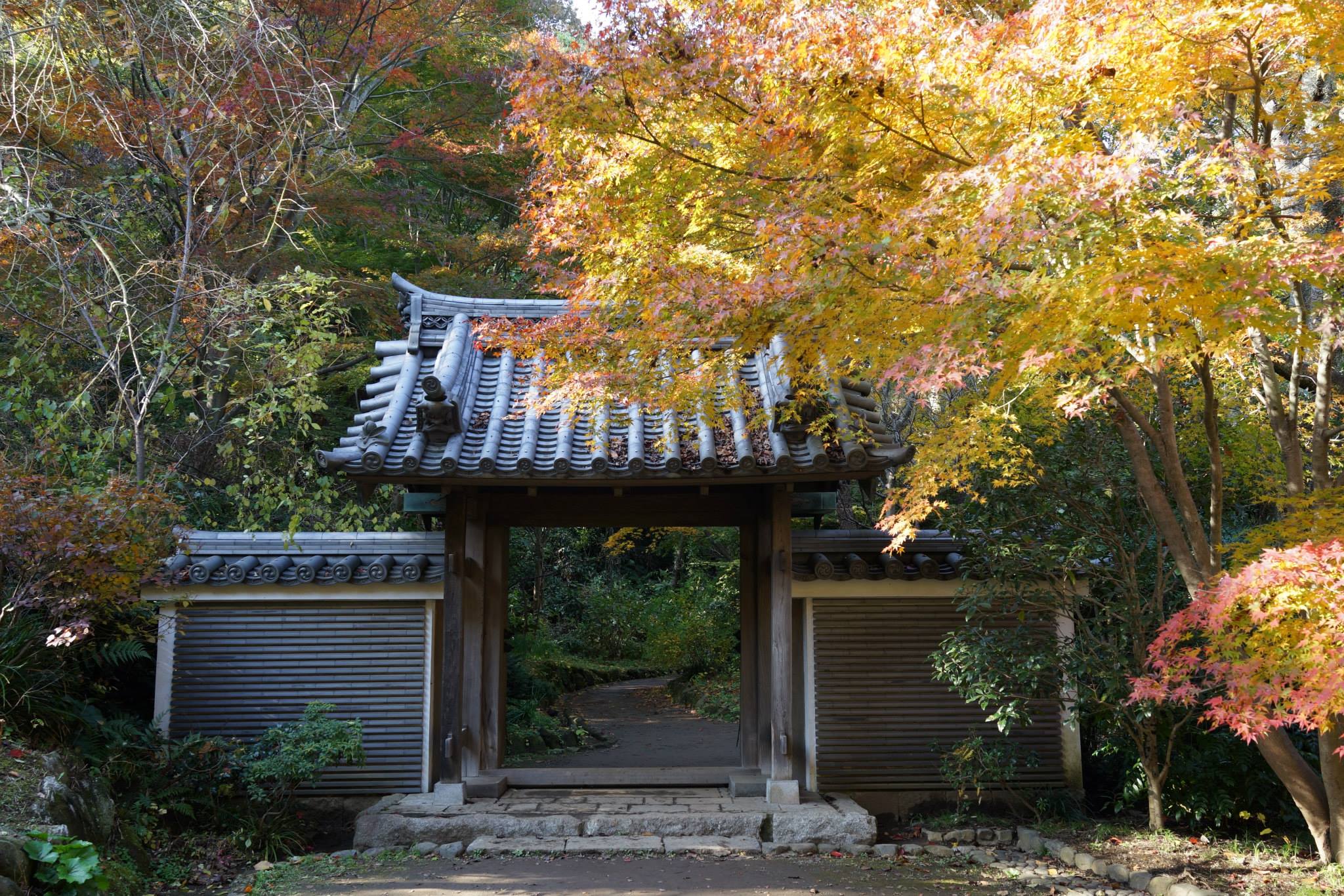 Sankei Memorial is located in the center of the garden. You can get more information about Sankei HARA here. There are many paintings and literary works of Sankei HARA, as well as works of artists associated with Sankei HARA, such as Daikan YOKOYAMA and the wall printings at Rinshunkaku.

A wall printing at Rinshunkaku

Yokohama Sankeien Garden is a large Japanese garden where historical buildings are laid out with ingenuity. It is a scenic place that one might say closely captures the "essence of Japan"! Why not take a little stop on by if you're in nearby Tokyo or Yokohama?