Yamashita Park and the excellent view of Yokohama Port 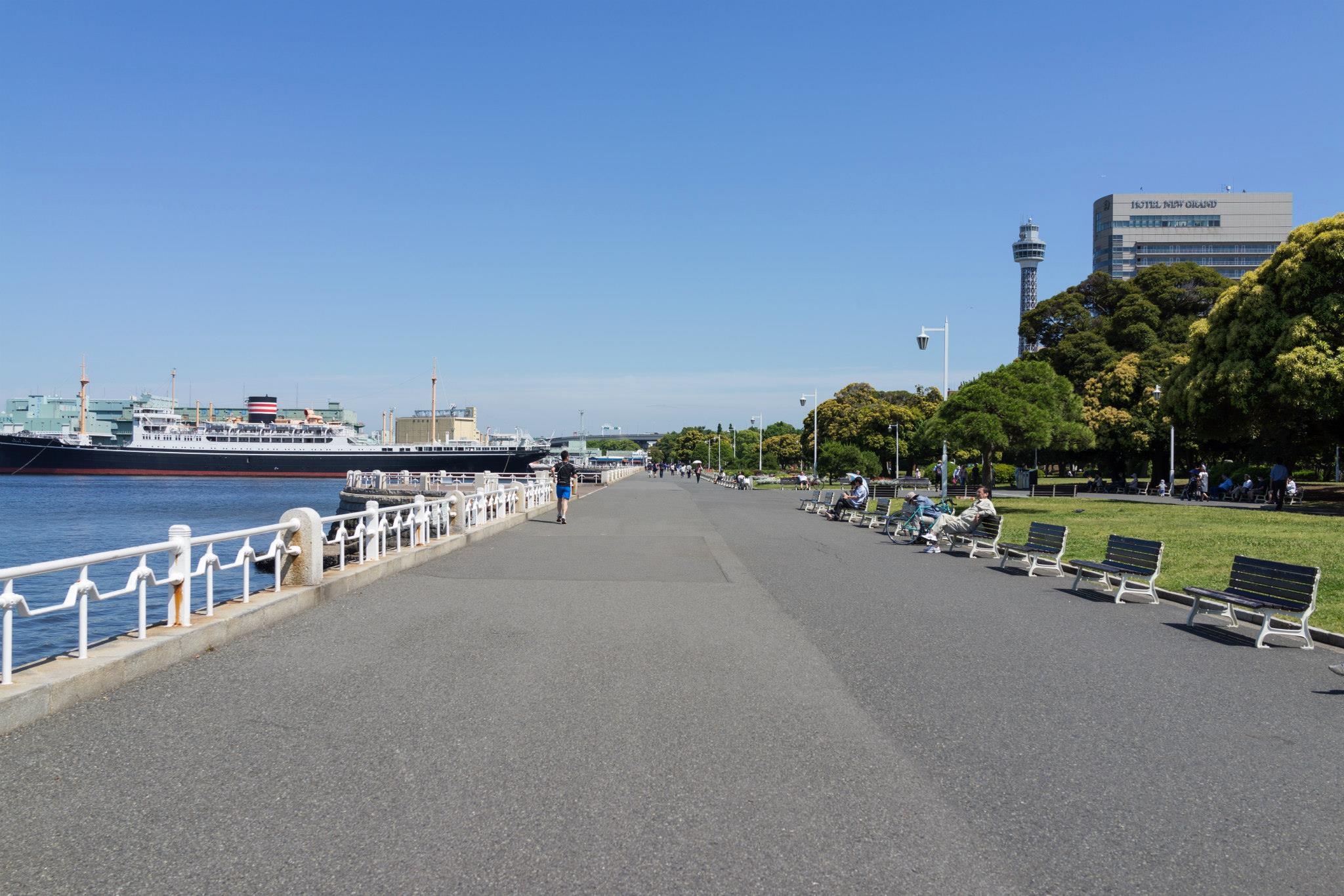 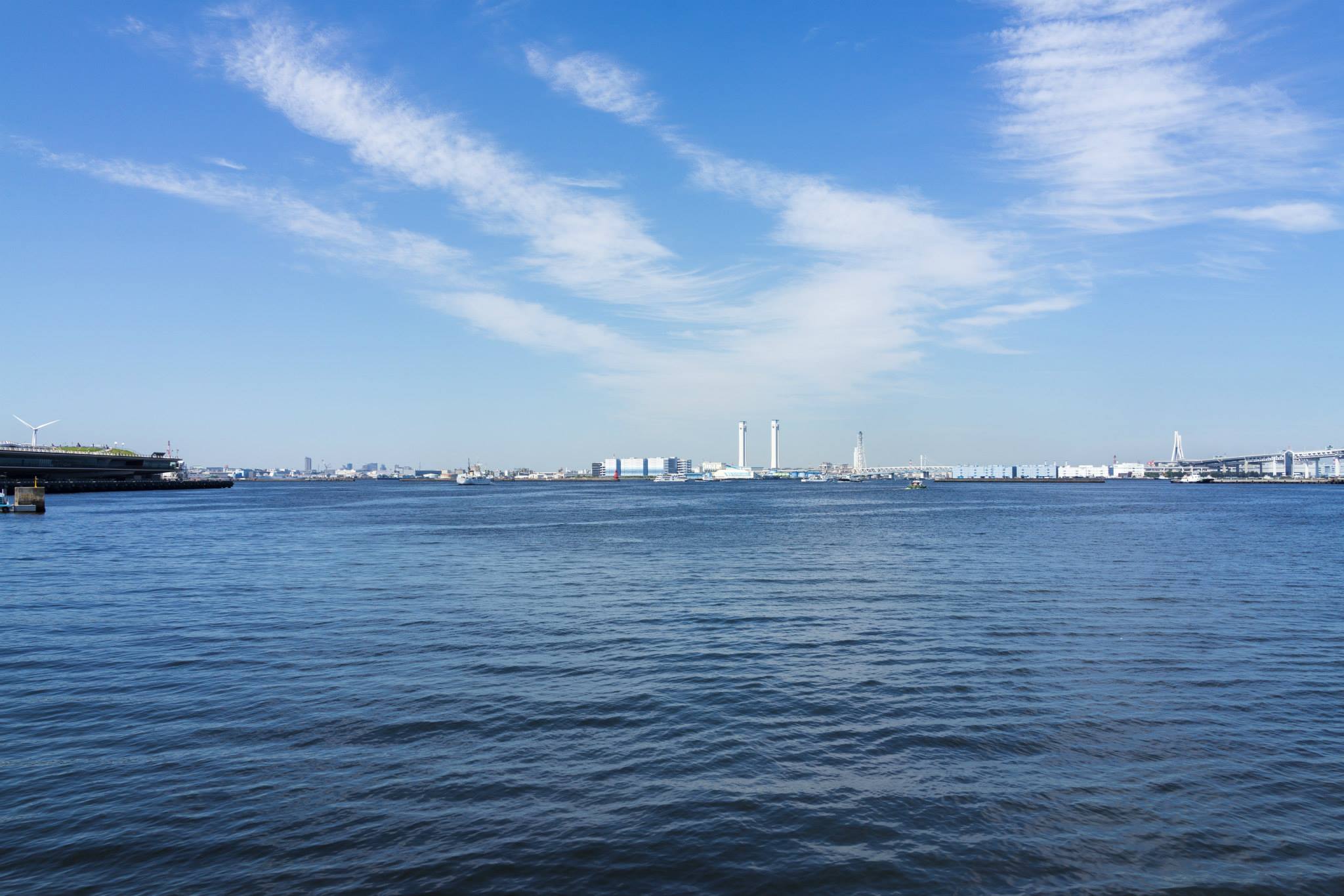 The view of Yokohama Port from Yamashita Park

Yamashita Park is located on Yokohama Port and one of the representative sightseeing spots of Yokohama. The open view of Yokohama Port spread out before your eyes. It is really wonderful view! You can enjoy unique scenery of Yokohama as a port town with Hikawa Maru, a Japanese ocean liner moored in front of the park. Yamashita Park was opened in 1930. It was made by the landfill for the reconstruction project after the Great Kanto Earthquake of 1923. It is located in Yamashita district of Naka ward, Yokohama and connected with Minatomirai district and Harbor View Park by a promenade. There is also a boarding point of Marine Rouge and Marine Shuttle, by which you can enjoy a cruise in Yokohama Port, and Sea Bass (a sightseeing boat). You can go to the Yokohama Red Brick Warehouse, Minato Mirai 21 Central District (Rinko Park) or the east exit of Yokohama Station (Yokohama Bay Quarter) by Sea bass.
In addition to those, you can see the representative tourist spots from the park such as the skyscrapers in Minatomirai district, Osanbashi Pier and Yokohama Marine Tower. The east side is a rinsing ground and I recommend you view the park and Minatomirai district from there. The fountain and the mattress flower garden are also good points. Especially roses are beautiful in spring and autumn. It can be pleasant to walk around there searching Statue of the Girl with Red Shoes and monument indicating international exchange, which are unique to an international port. 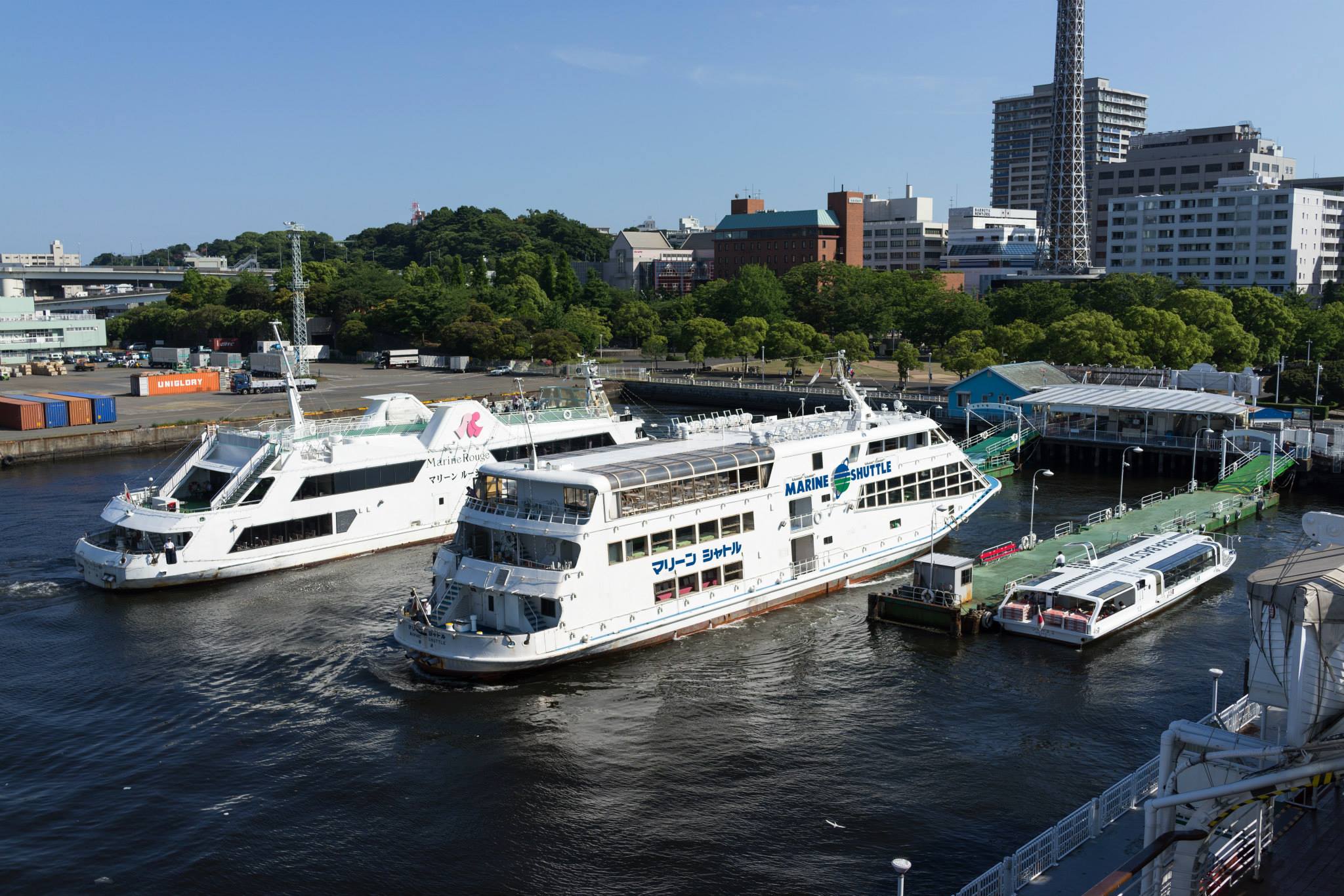 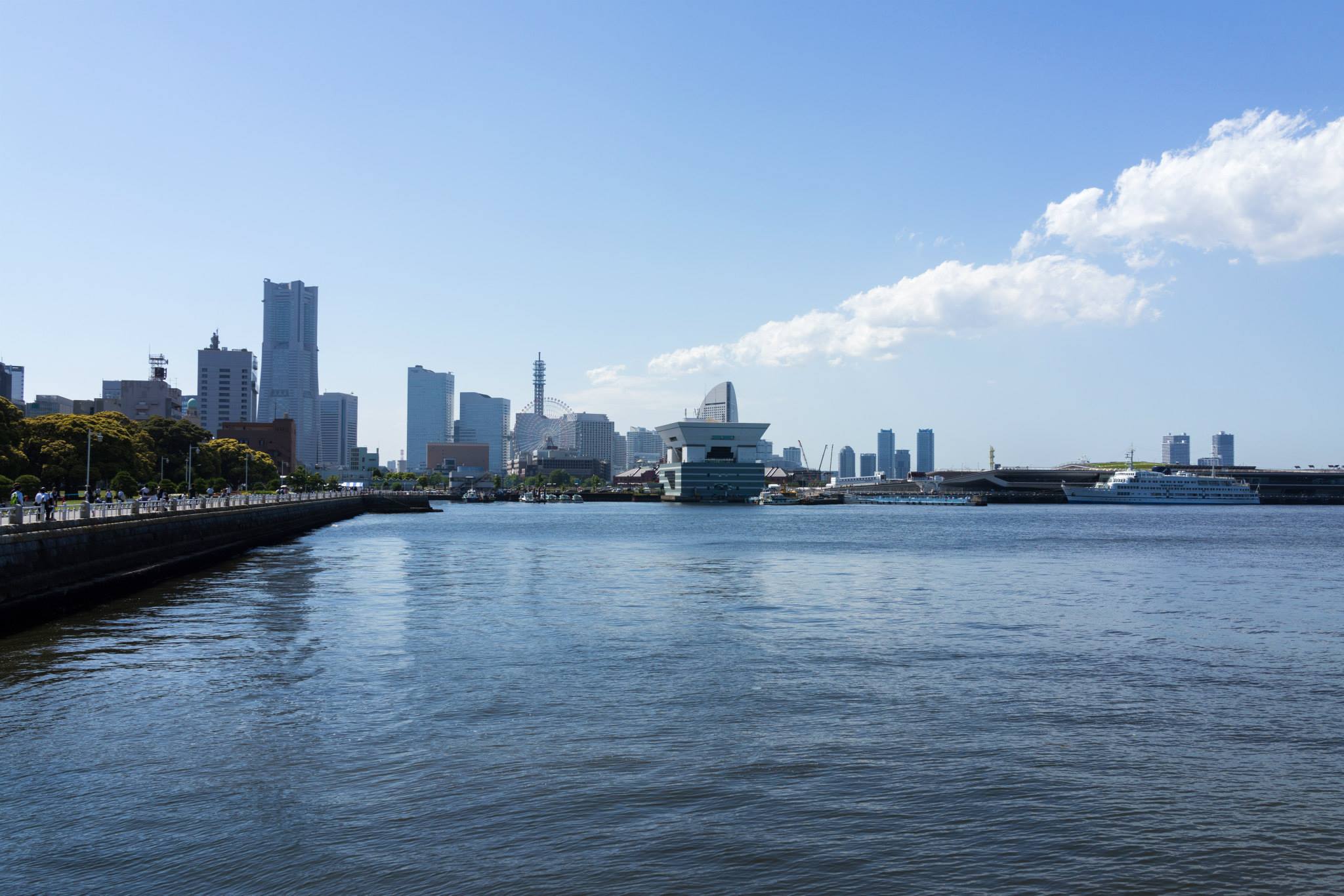 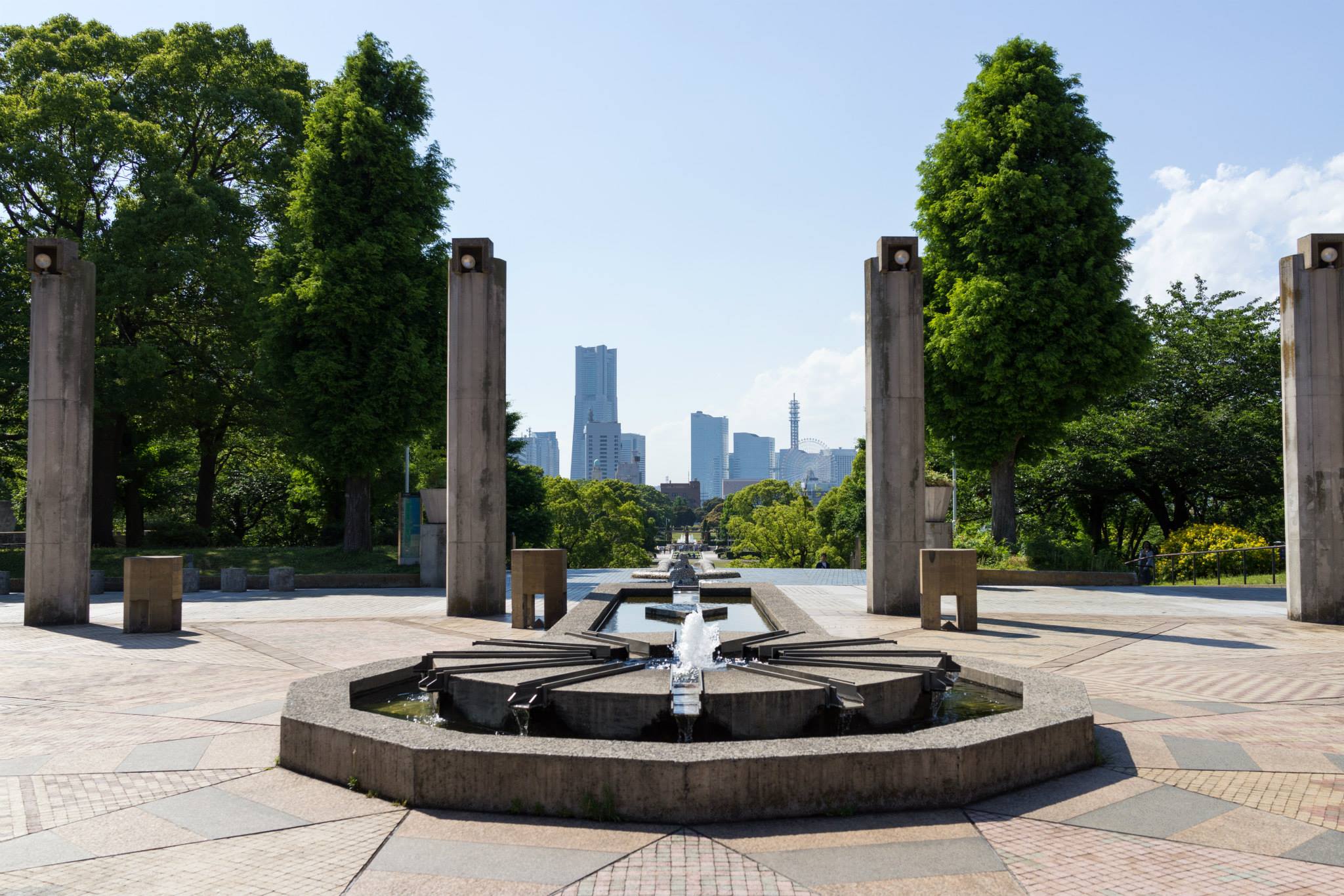 The view of Minatomirai district from the rinsing ground 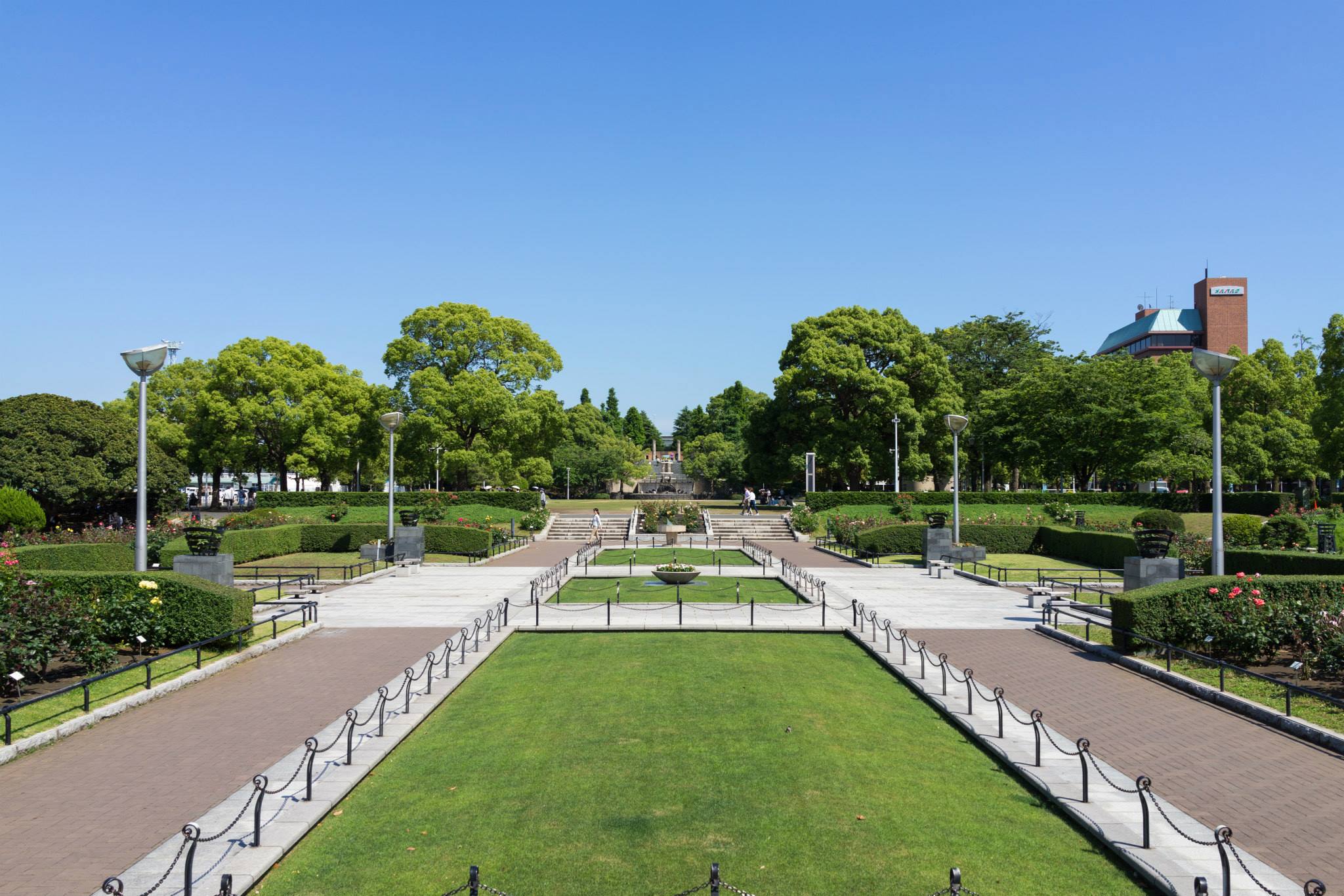 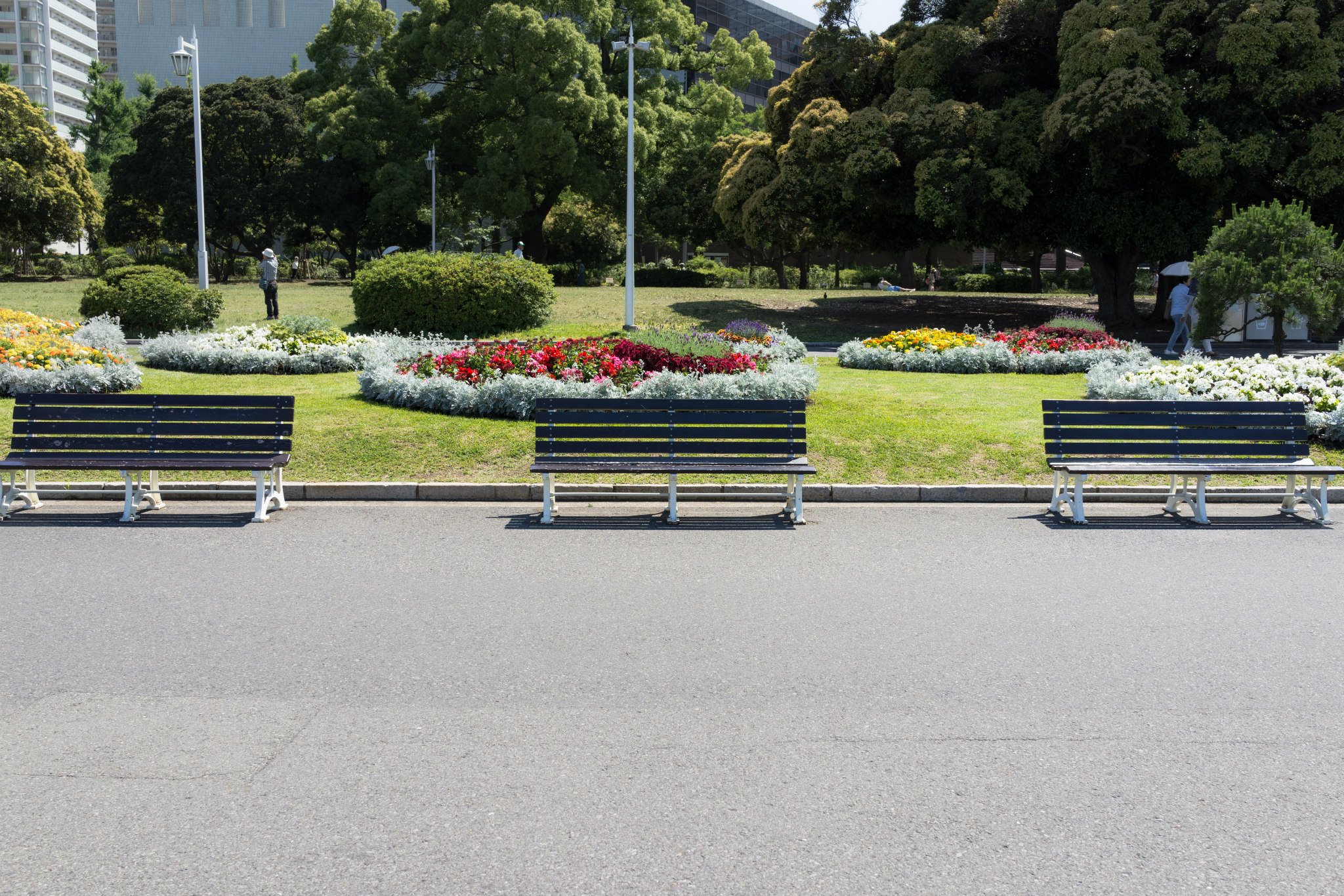 There are many benches facing to Yokohama Port 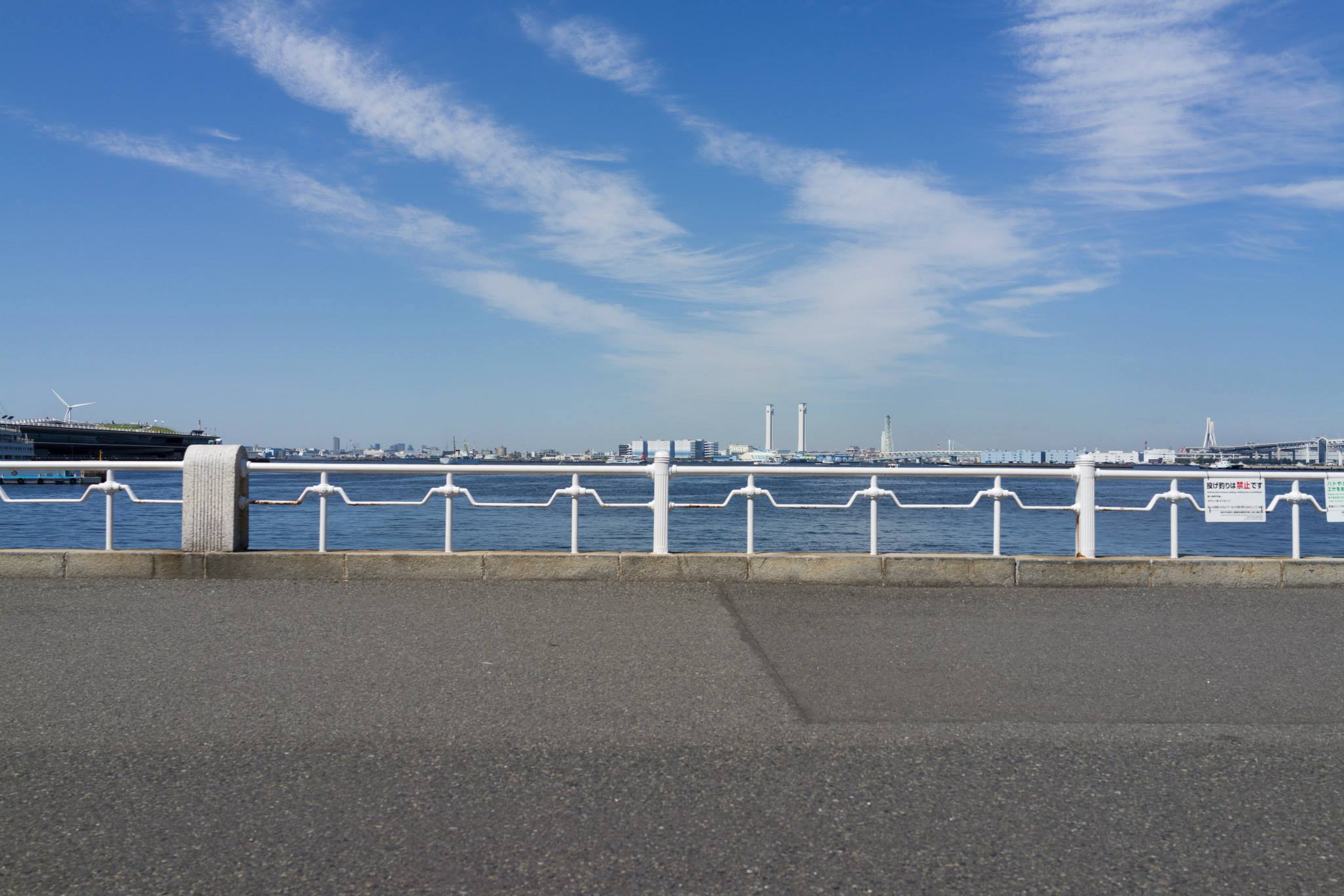 The view from the bench 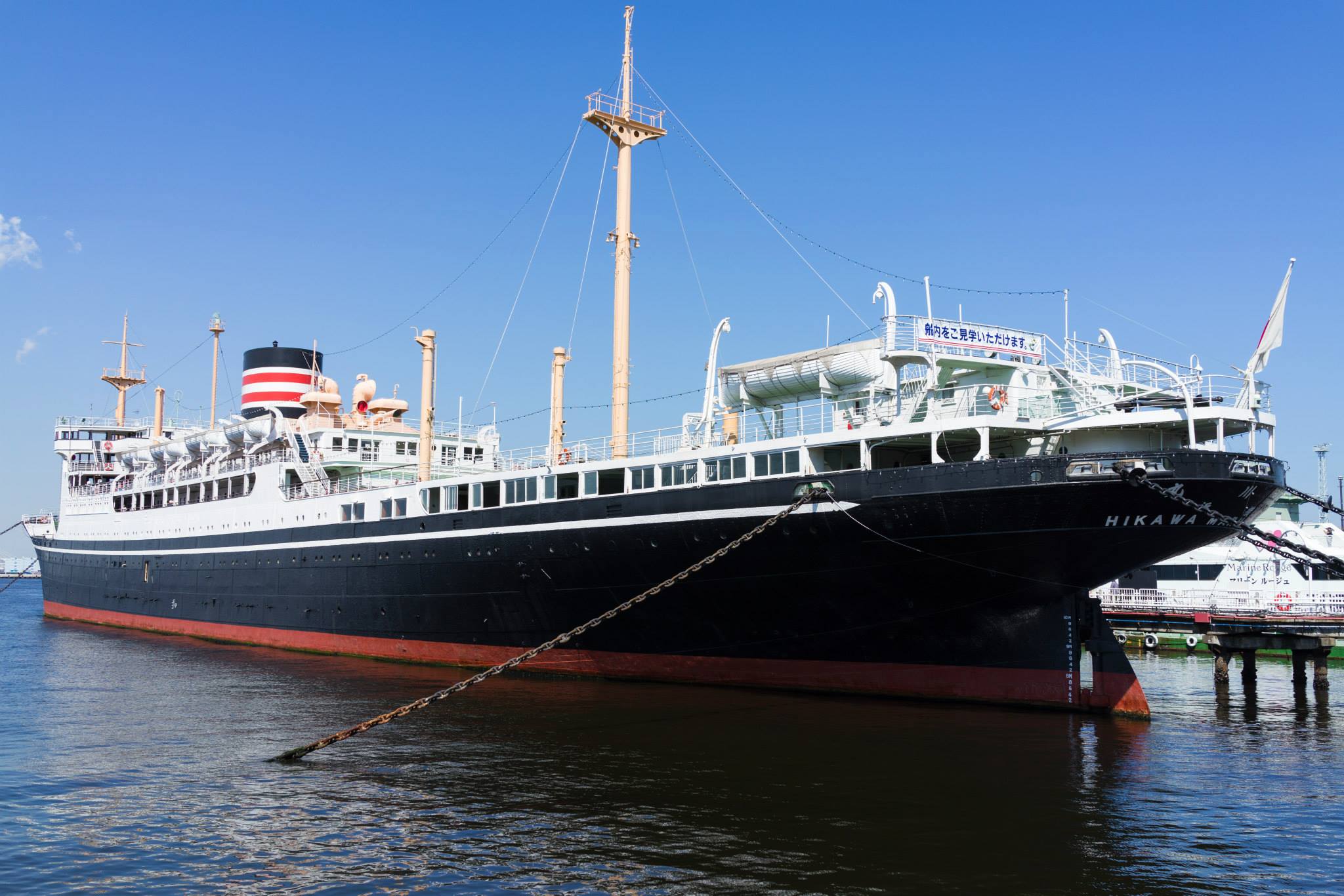 Hikawa Maru is a luxury liner, which was completed in 1930 and operated until 1960. Today it is moored at sea in front of Yokohama Park and you can view the inside. In those days the liner was mainly in service on the route from Japan to Seattle of U.S. It was familiar to many people including Chichibunomiya Imperial Prince and his wife and Chaplin for its good service and delicious foods. It is the only large passenger ship of prewar days remaining in Japan. It is worth seeing the latest shipbuilding technology at the time and the Art Deco style interior. 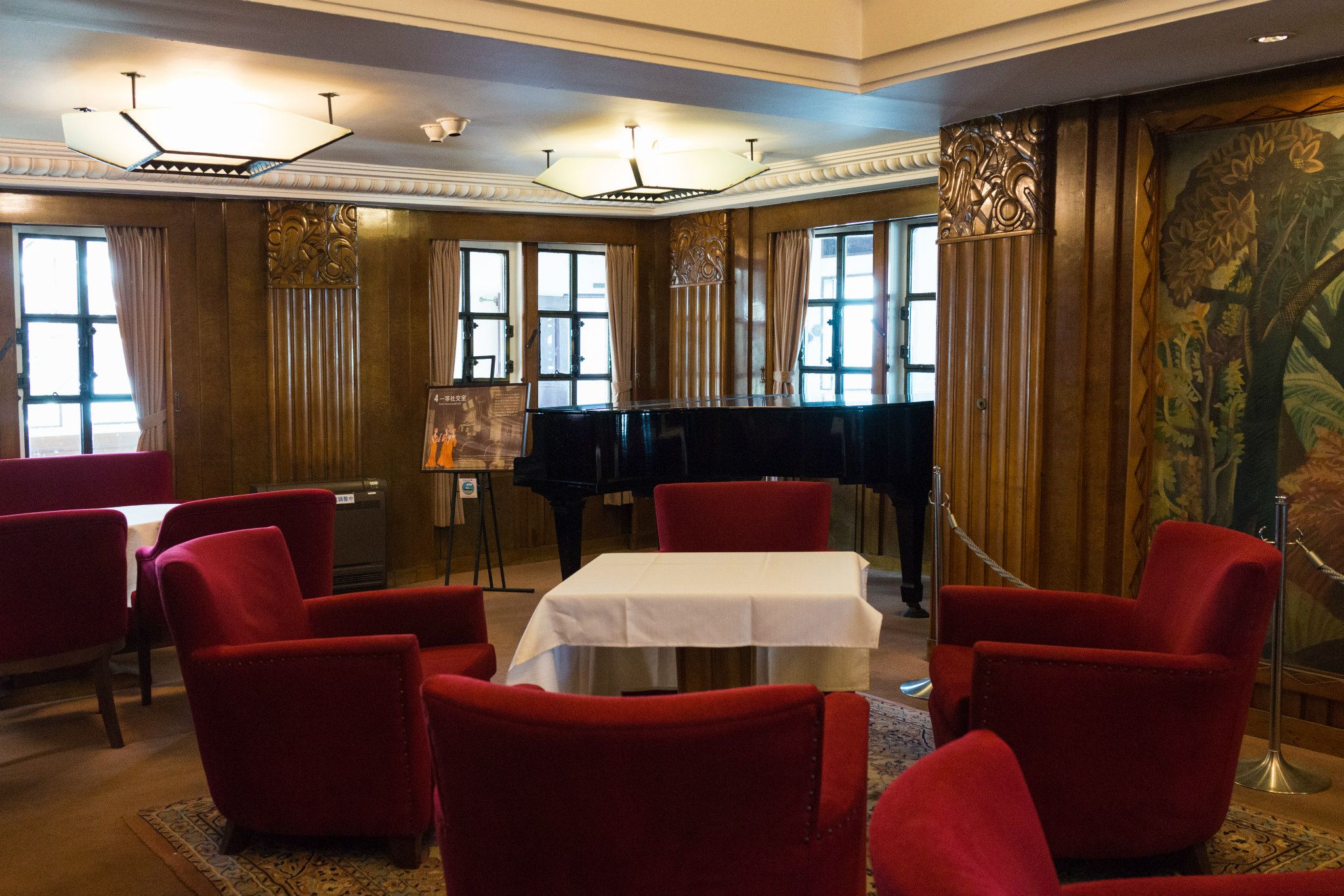 The inside of Hikawa Maru

Statue of the Girl with Red Shoes 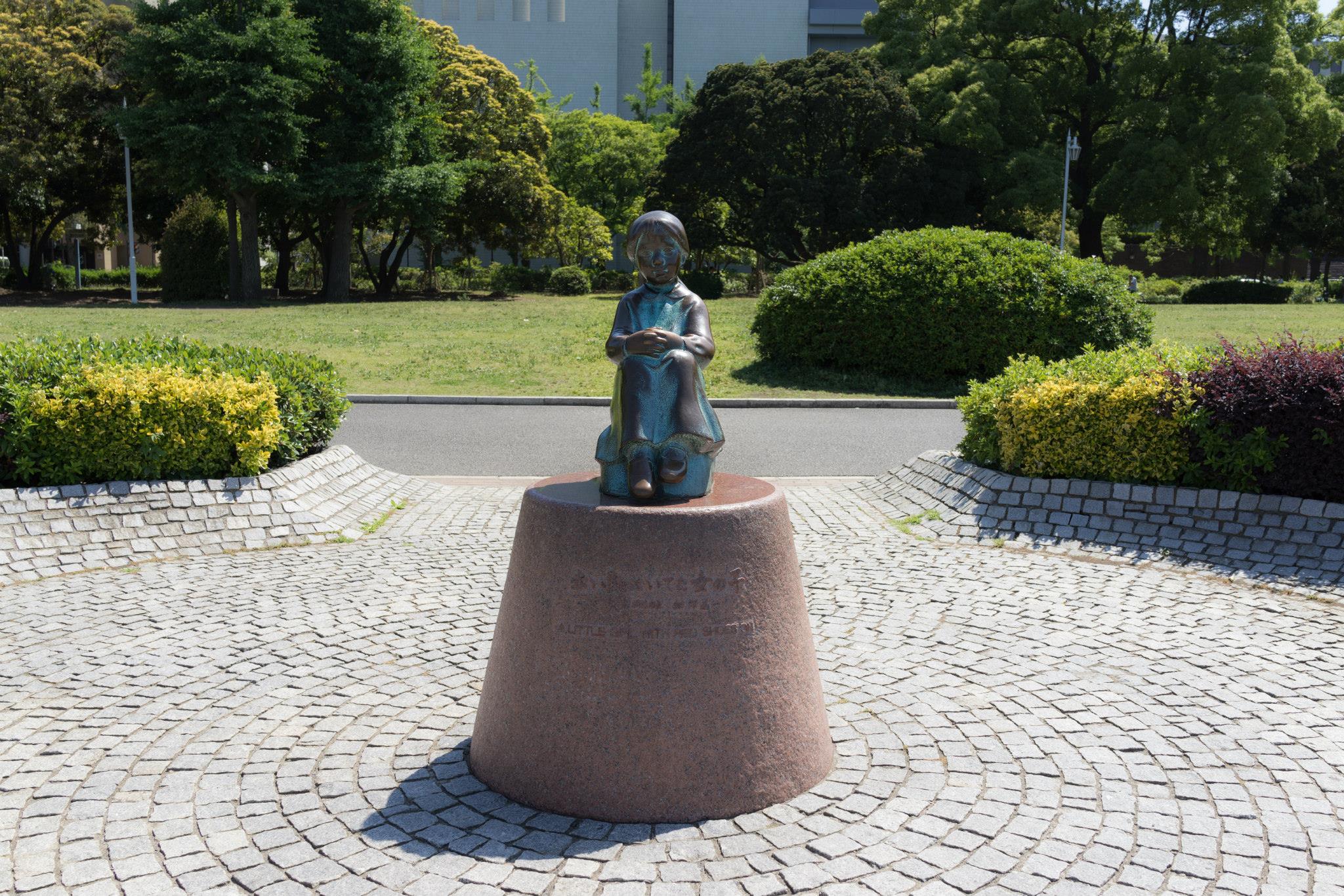 Statue of the Girl with Red Shoes

In the west side of the park, Statue of the Girl with Red Shoes gazes at the sea in the distance. “Red Shoes” is one of the representative keywords of Yokohama for example it is used for the name of the tourist bus and souvenirs, and it is based on a children's song the subject of which is taken from a girl. There is Kimi, a sickly girl in the beginning of the 20the century. Kimi’s parents began to reclaime Hokkaido, but sickly Kimi could not adjust to their hard lives and Kimi was put for adoption to an American missionary who planed to go back to his country. This song was made based on the impression of Kimi who parted from her parents in life and went to U.S from Yokohama Port.
* In fact she could not go to U.S because of her illness and died of illness at an orphanage in Tokyo. However her mother died without knowing this fact.

There are various monuments indicating international exchange in Yamashita Park, which symbolize Yokohama that has connected Japan and foreign countries as the main entrance of Japan.

Indian Union water fountain was donated to Yokohama city in 1939 to console the souls of Indian people in Japan died in the Great Kanto Earthquake and thank for Yokohama city’s relief. Its blue green beautiful dome attracts notice. It is located at the west end of the park.


Goddess of Water Statue is a stone image at Fountain Square located in the center of the park. It was donated by San Diego, U.S, a sister city of Yokohama in 1960. It is familiar to people as one of the representative spot in Yamashita Park. 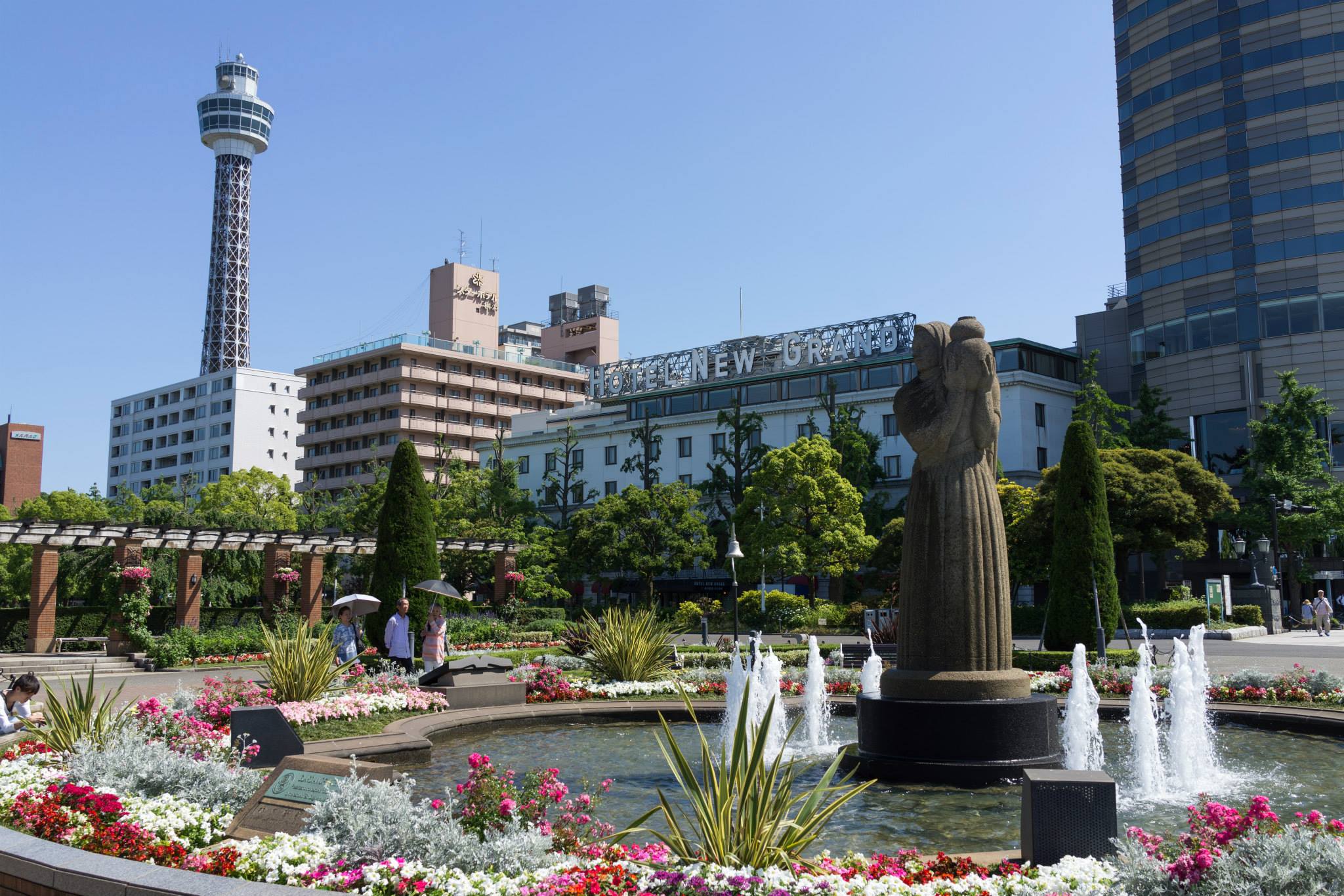 Goddess of Water Statue and the fountain

The open view of Yokohama Port and Hikawa Maru, a luxury liner. I highly recommend you enjoy a port town, Yokohama in Yamashita Park. 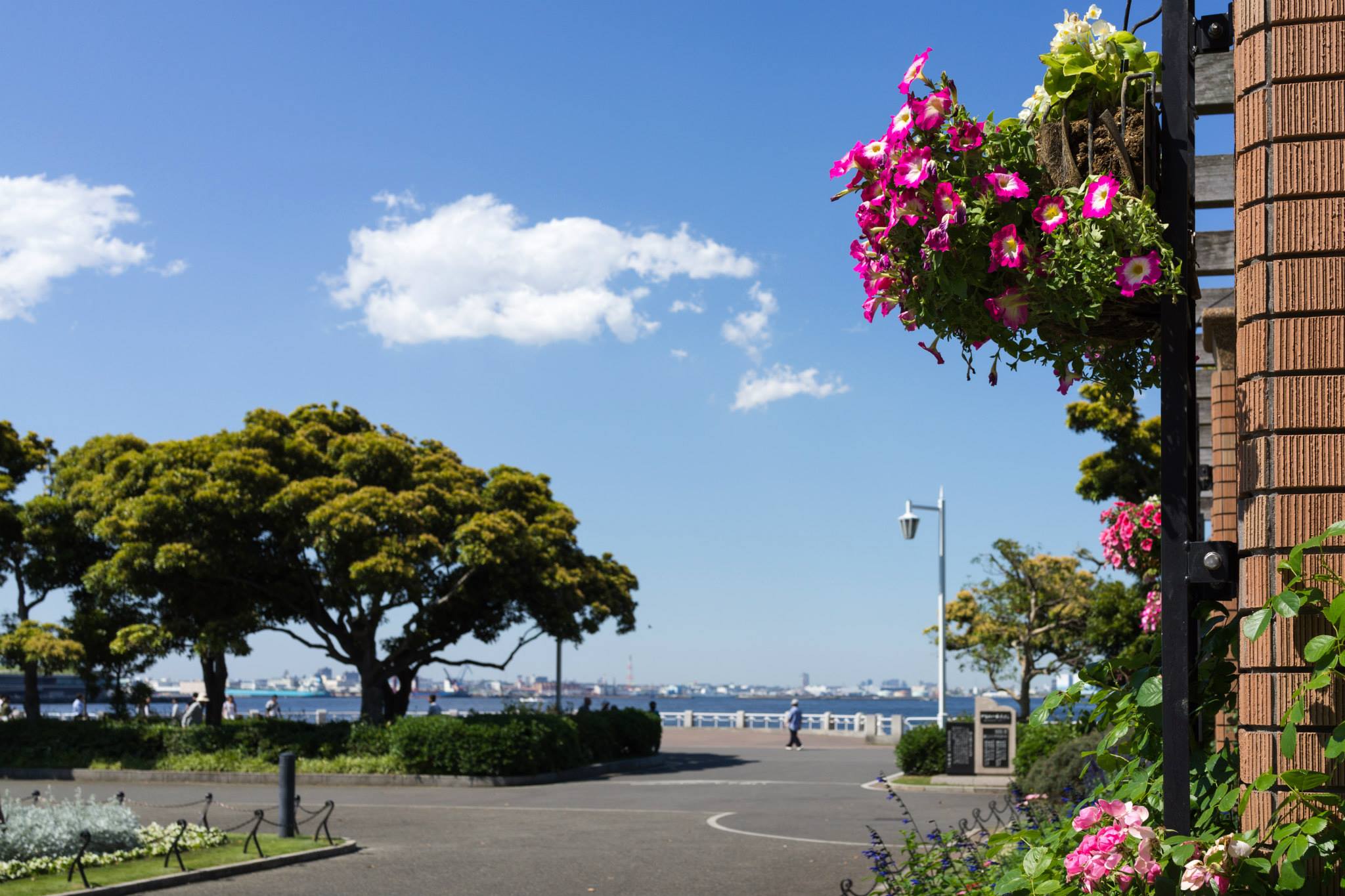 A scene in Yamashita Park 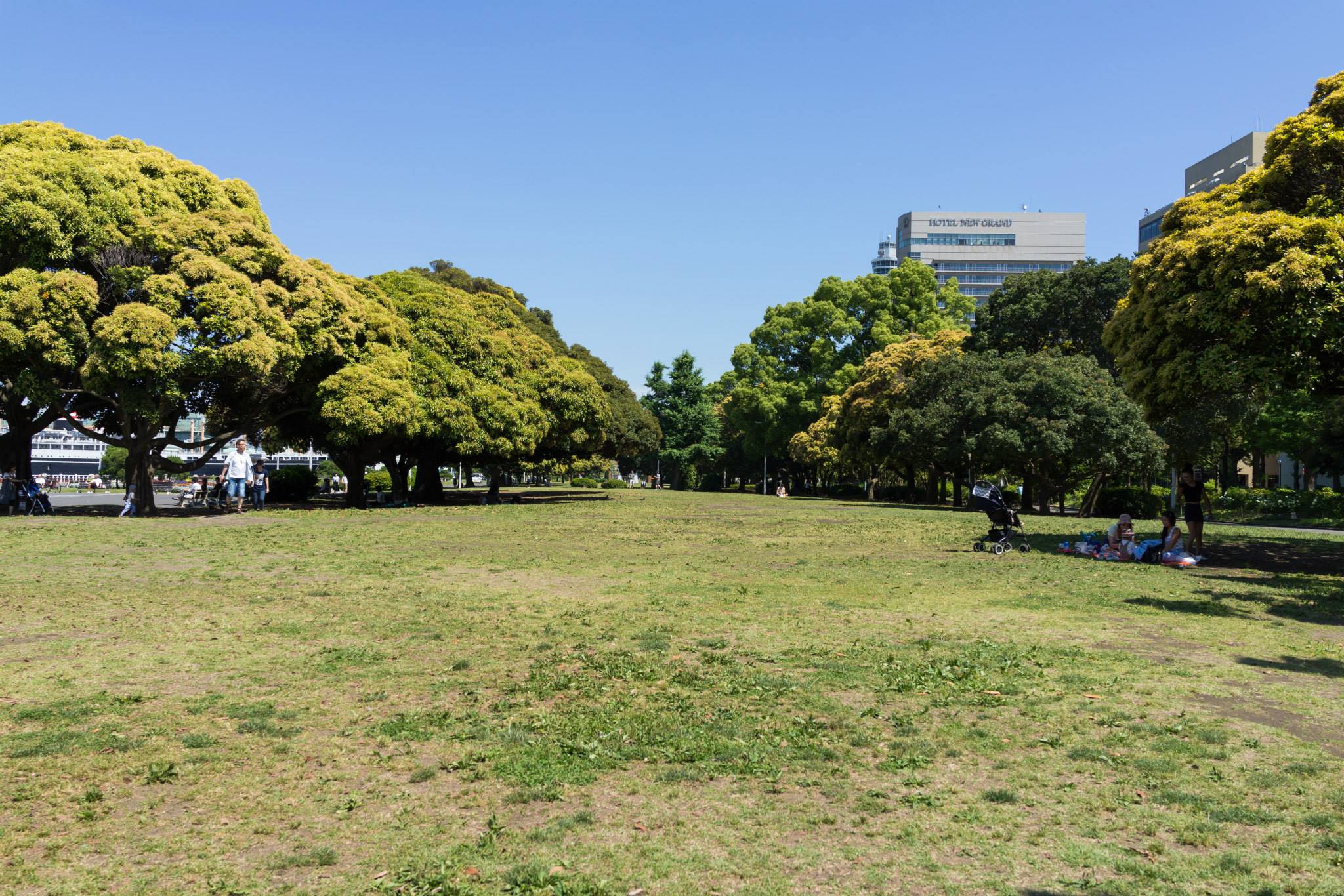 People are relaxed on a lawn field 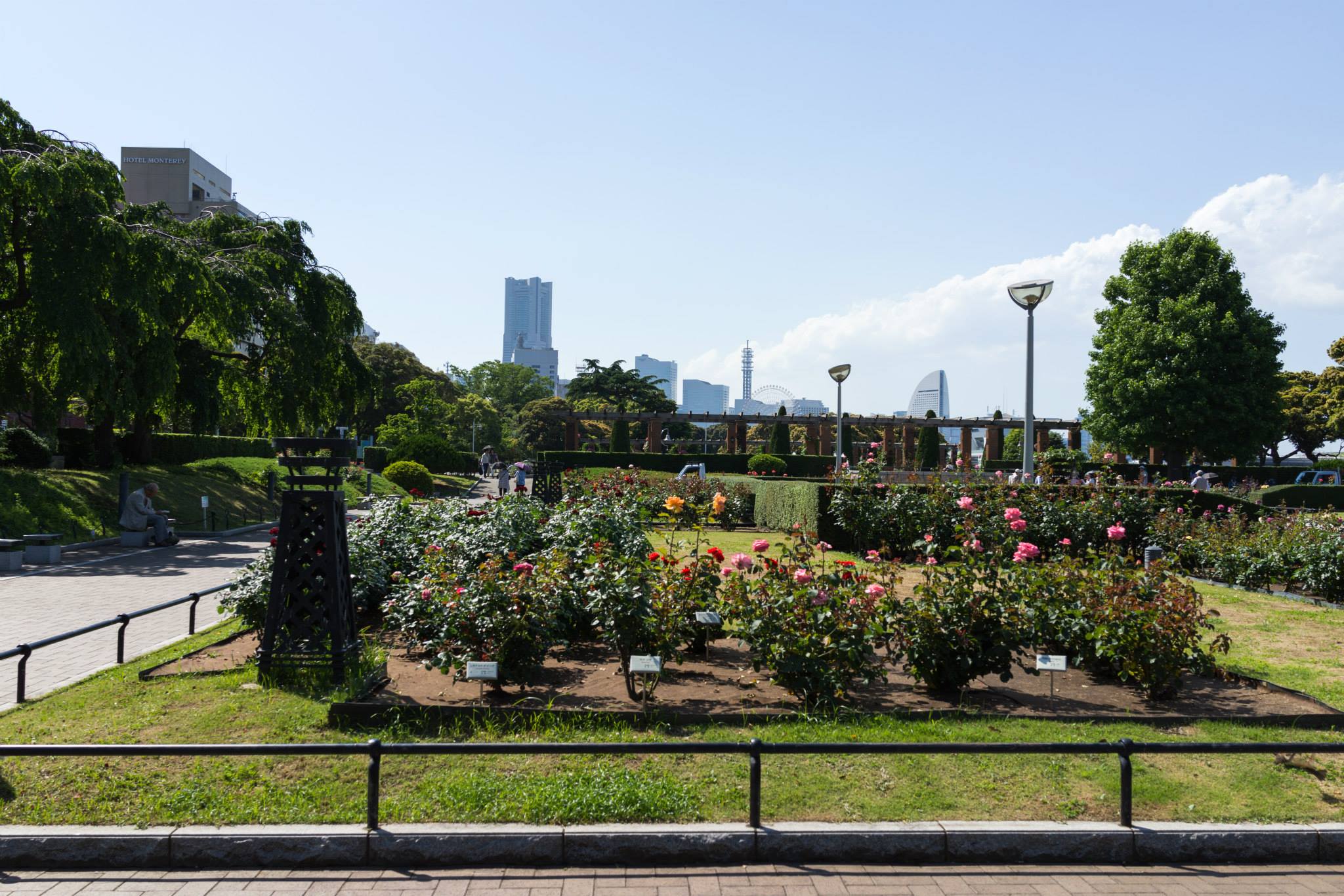 The view of Minatomirai district from the mattress flower garden 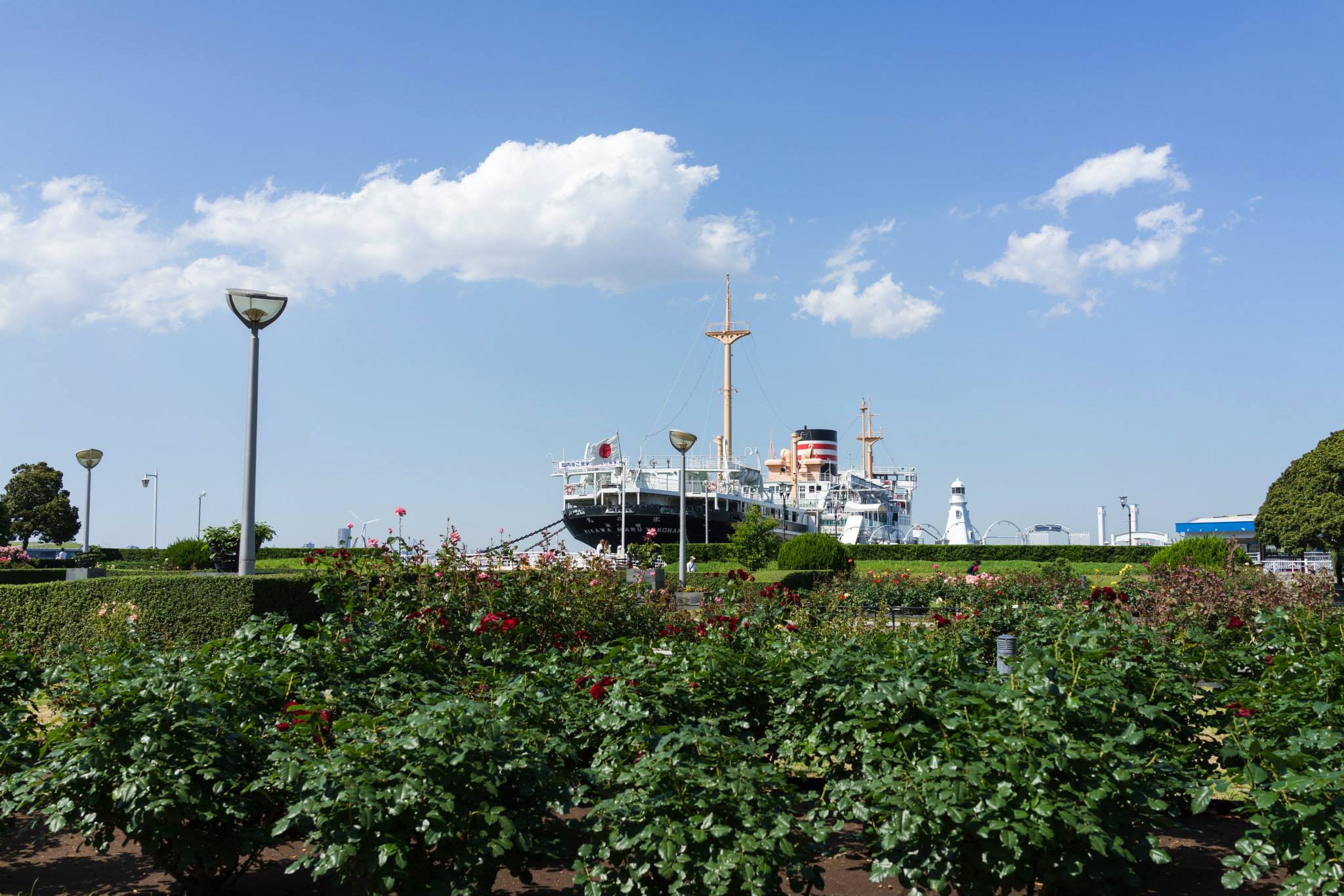 The view of Hikawa Maru from the mattress flower garden 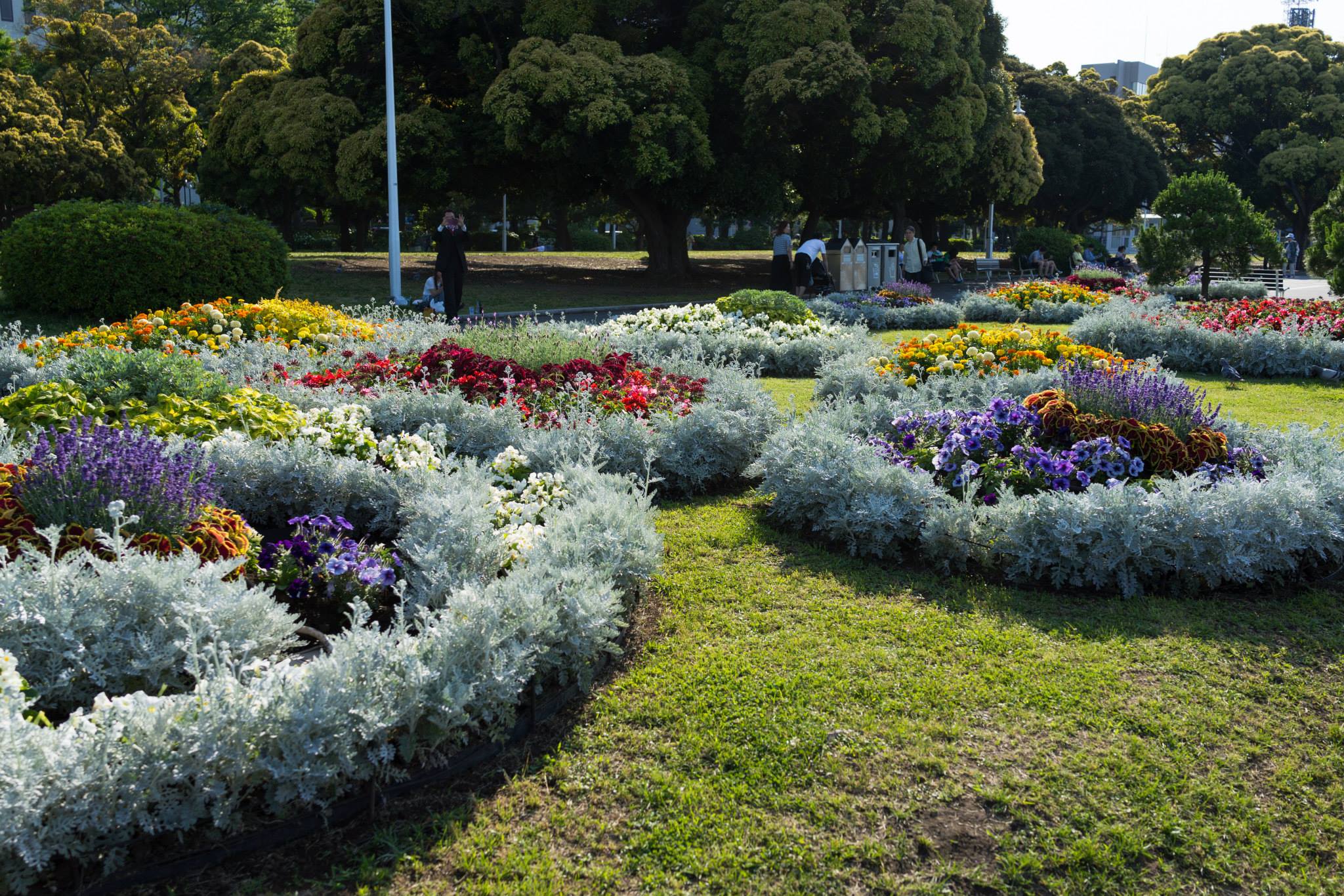 There are many flowers in Yamashita Park 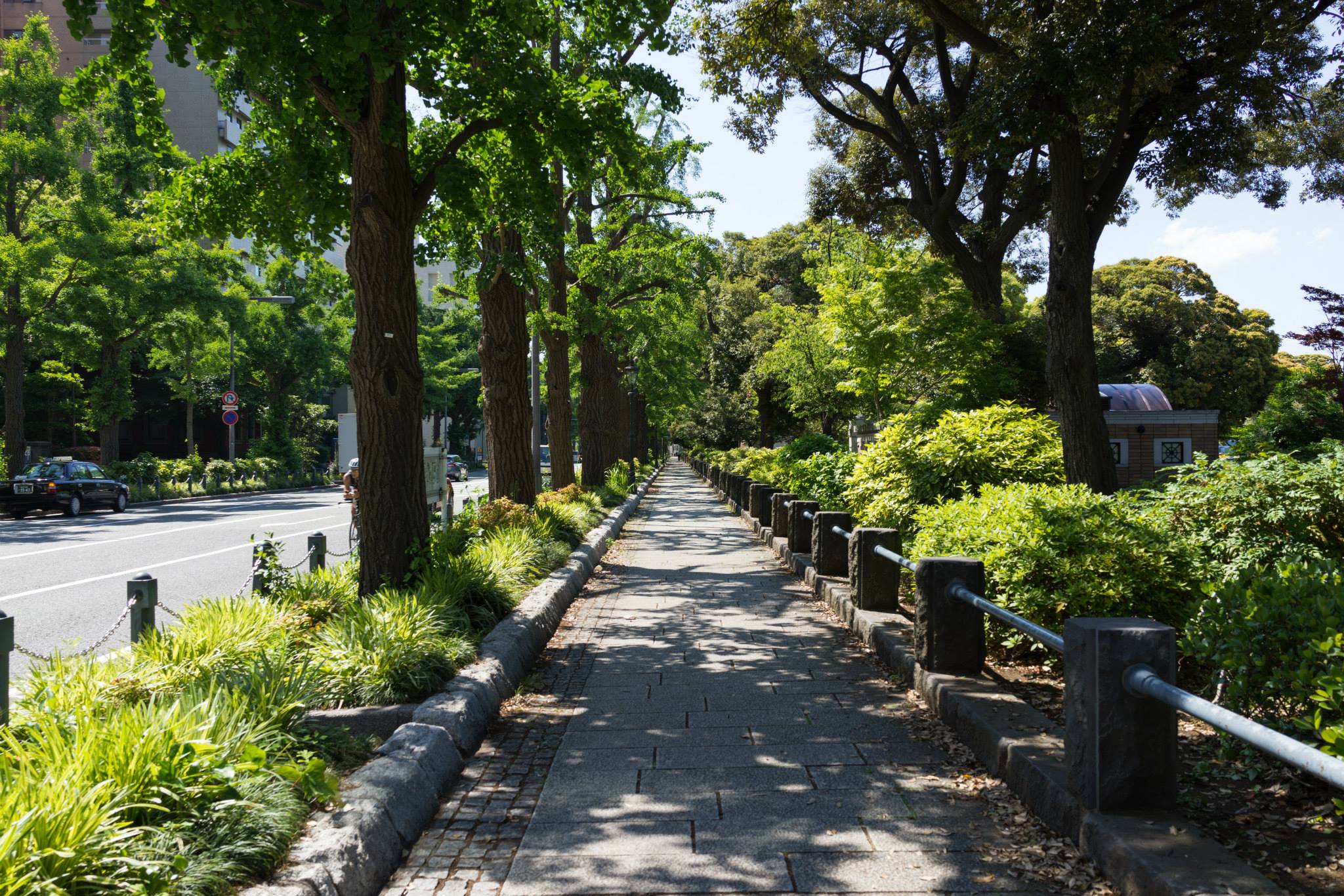 The sidewalk in front of the park is also nice