I was born and grew up in Tokyo. I live in Tokyo but I spend a few months a year in Gunma Prefecture. I love travelling, making felt art work, cooking and etc. 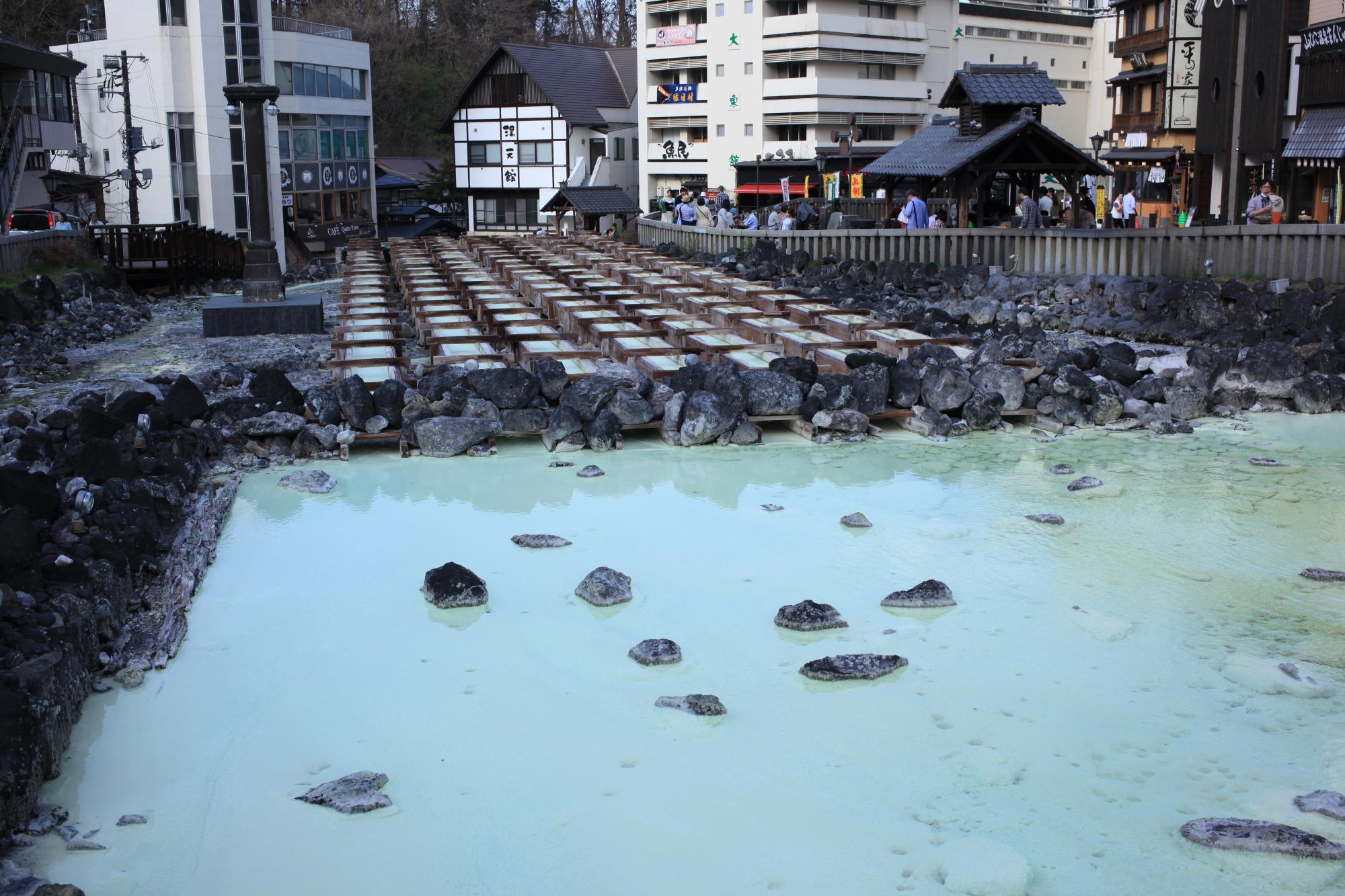 If you have already tried some onsen hot springs around Tokyo, why don't you visit Kusatsu, one of the most famous onsen resorts in Japan, where onsen lovers are keen to visit?

Kusatsu is located in Gunma Prefecture, the northwest of Kanto region. It takes around four hours from Shinjuku station by coach and the fare costs 3,300 yen* for one way. (*as of Dec, 2015) Kusatsu is situated about 1,200 meters above sea level and the average temperature throughout the year is 7 degrees Celsius. It drops to below zero in winter and it rarely reach 25 degrees C in summer.

You can smell nice acidic sulfur of onsen everywhere as you stroll around the town. There is a Yubatake (hot water field) in the center of the town. Yubatake is a system to cool the water to the right temperature for onsen, and also to collect yunohana (hot spring flower), which mainly consists of sulfur. In Kusatsu, 4,000 liters of onsen natural water pours per minute and the cooled water, the right temperature for bath, is provided at each establishment. 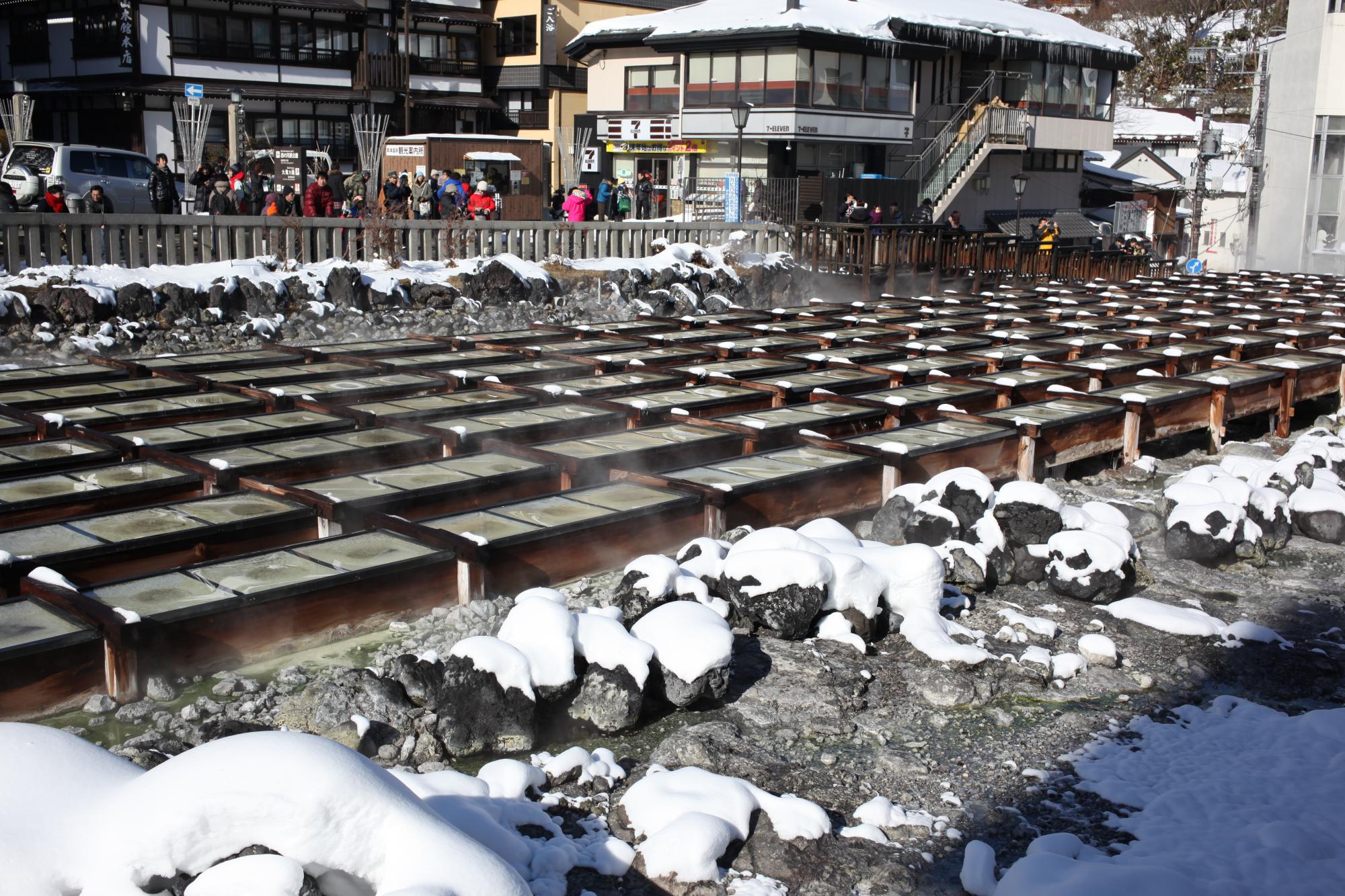 Yubatake. A system to cool the water. 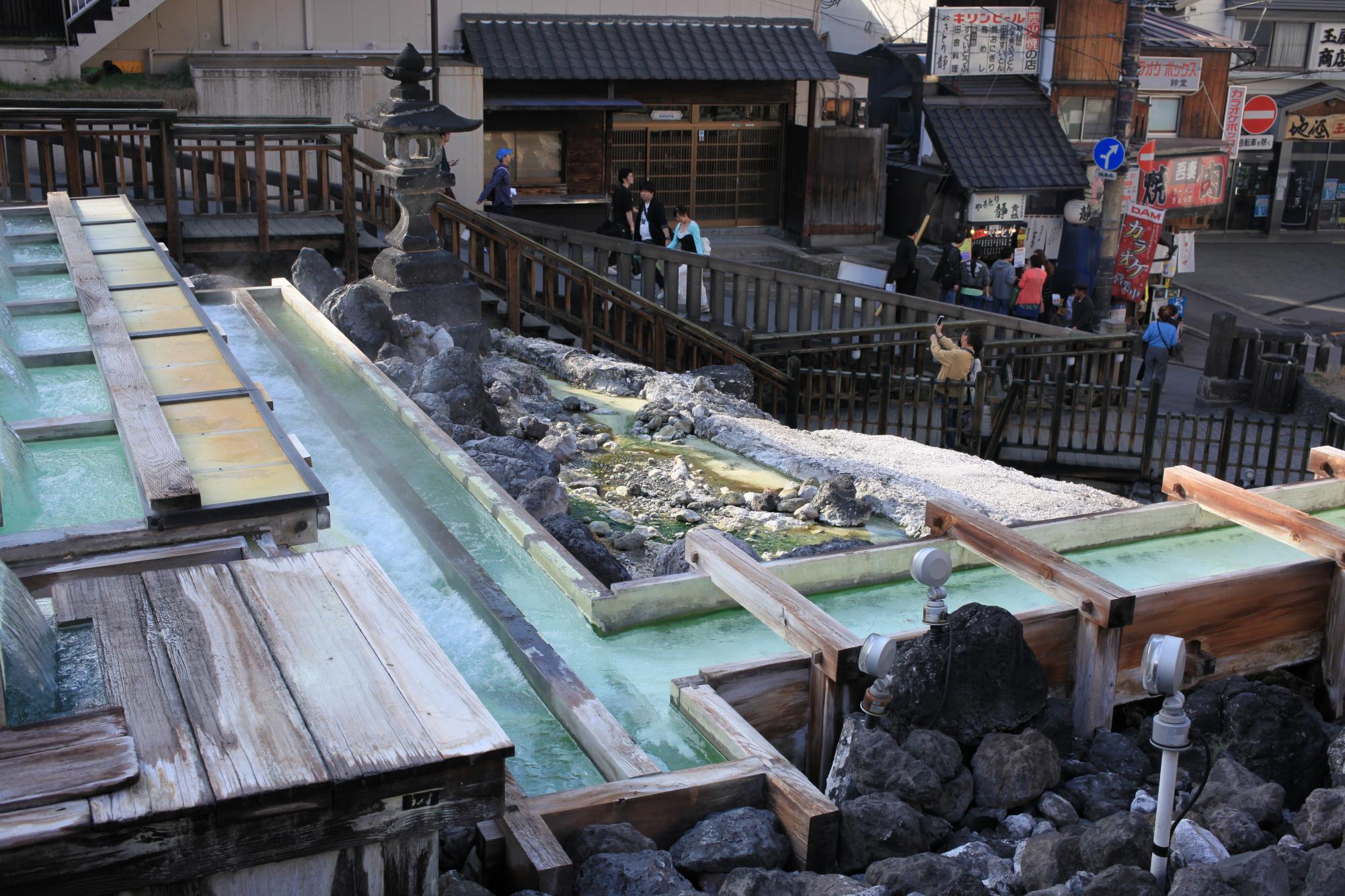 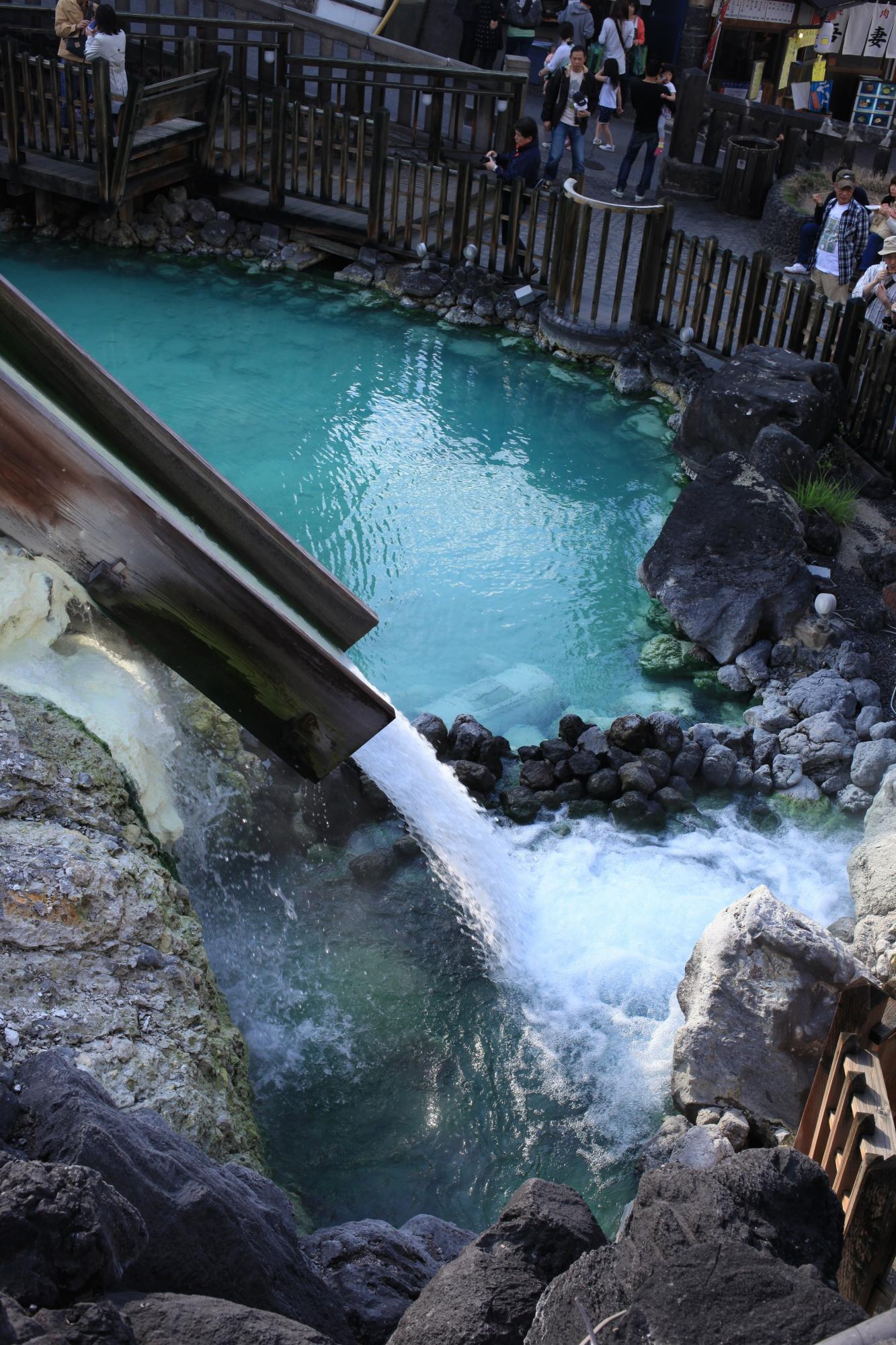 Yunohana is collected from yubatake and it will be dried and packed as bath additive.

Onsen water contains minerals and it is said and believed that it has a therapy or medical effects to treat health problems such as stiff shoulders, arthralgia, chronic skin diseases, diabetes and etc.

There are over 100 onsens in town, and at around 20 public establishments, you can enjoy onsen for free of charge. There are also ashiyu (foot hot springs) spots for free. 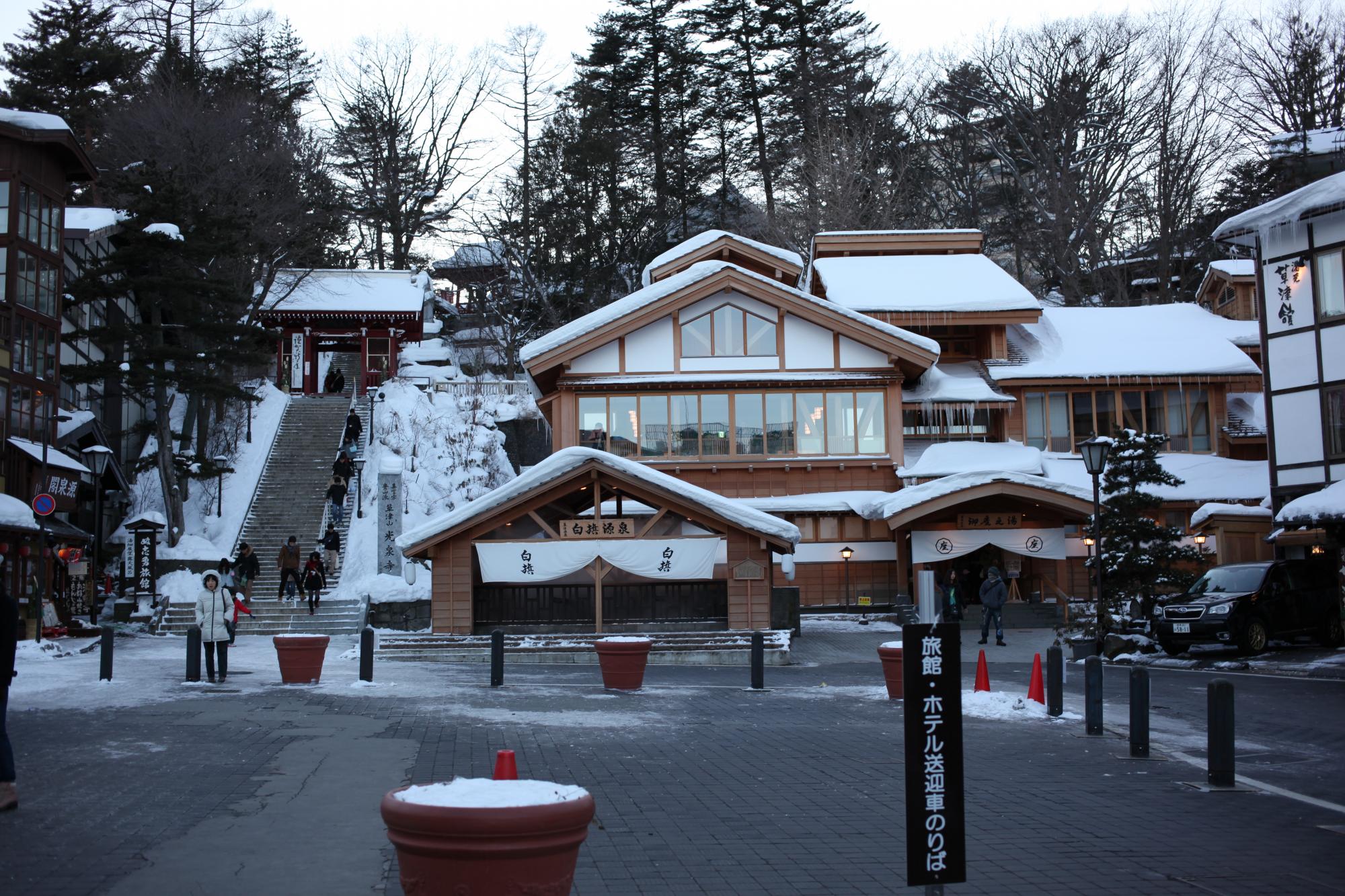 A public onsen in front of yubatake 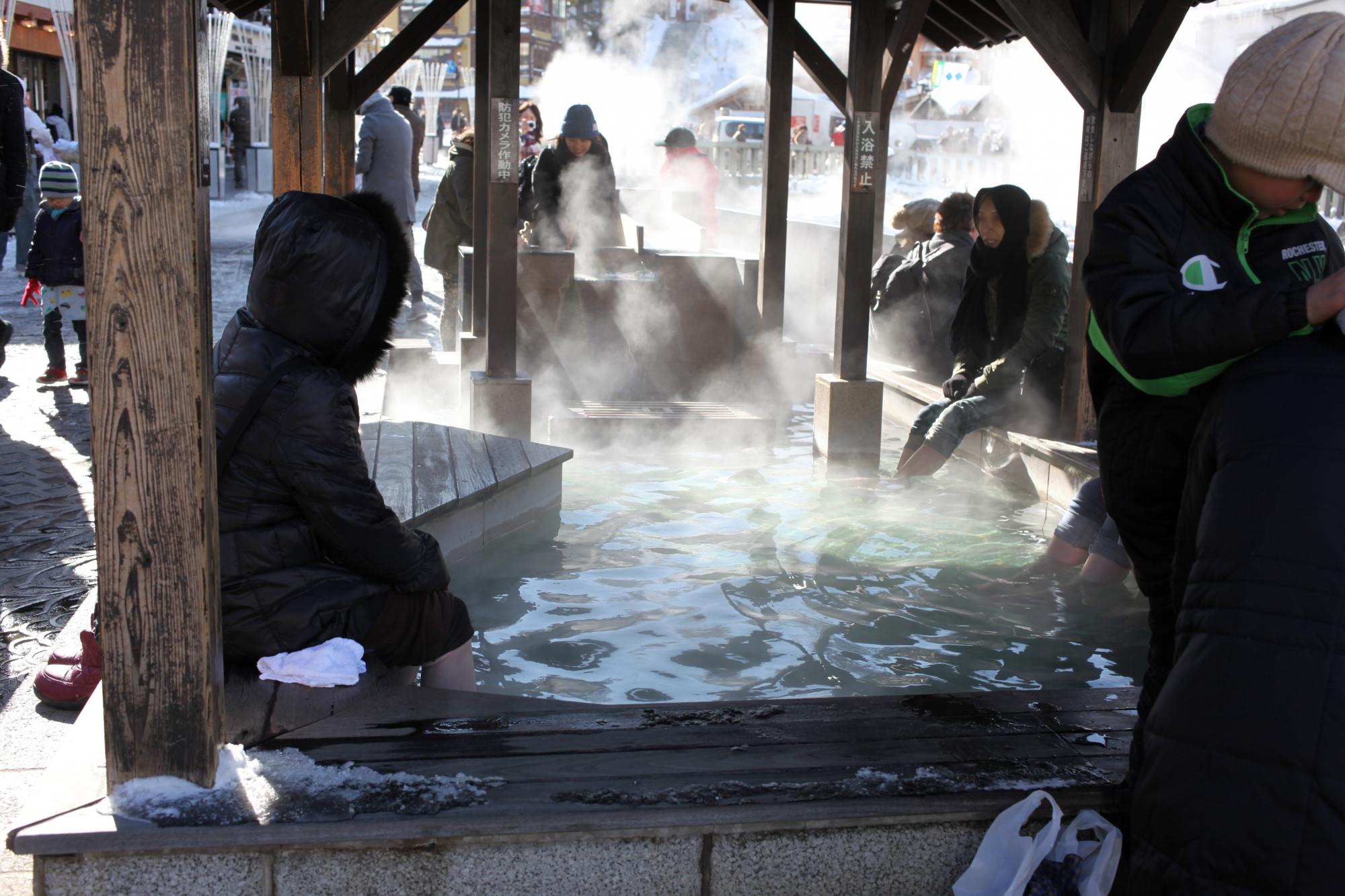 There are some shopping streets around the Yubatake. It may be nice to have an onsen manju (a sweet bun stuffed with azure been paste) as you stroll around the town. There are some shops offer a manju for tasting (of course it is free of charge!). They even serve you green tea. How nice. 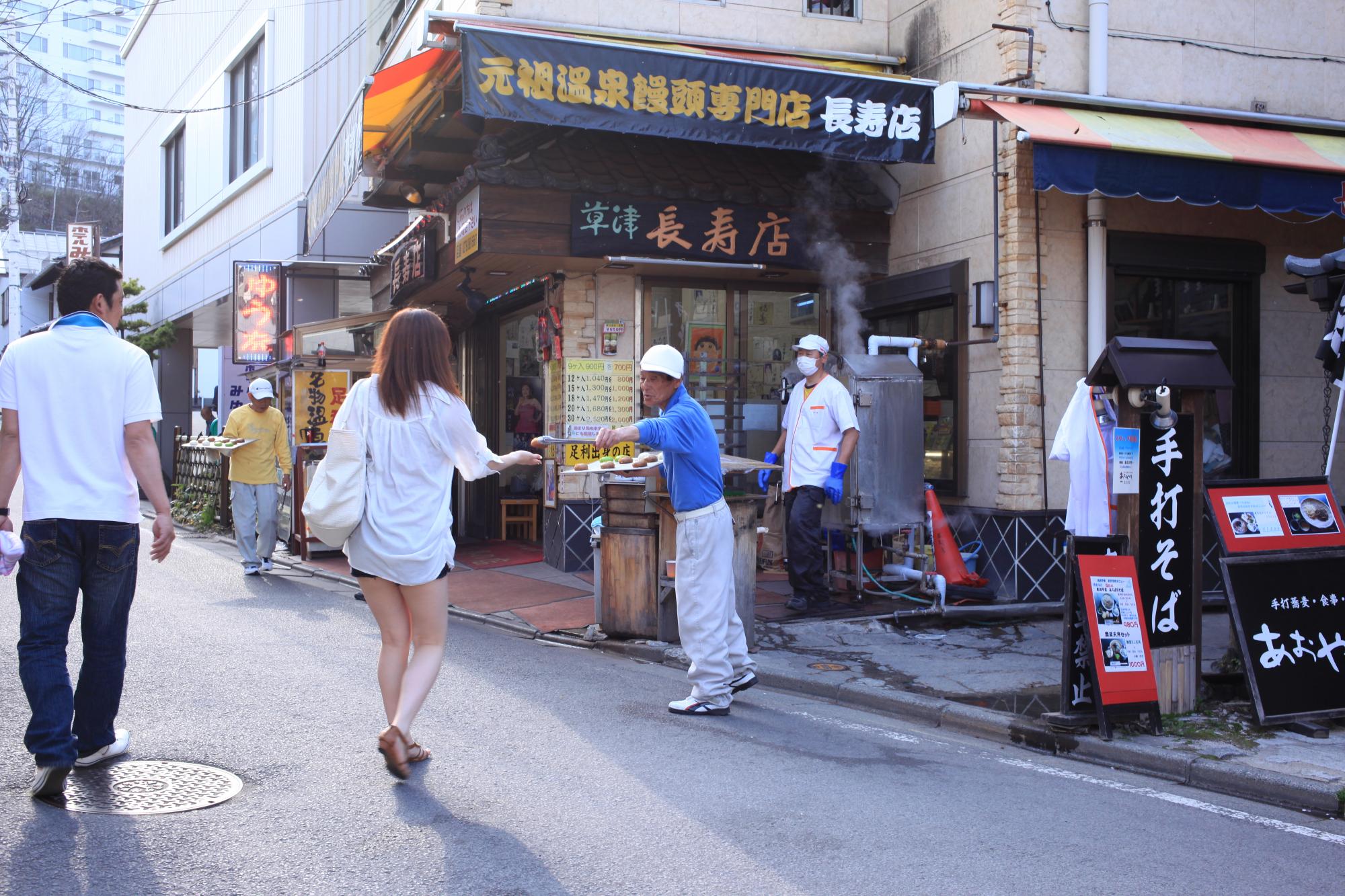 Offering a manju (a sweet bun) for tasting!

In winter, it snows quite heavily in Kusatsu and it even drops to minus 10 degrees. At Sakae-ya, you can have nice nabeyaki udon (udon noodle served in a very hot pot). 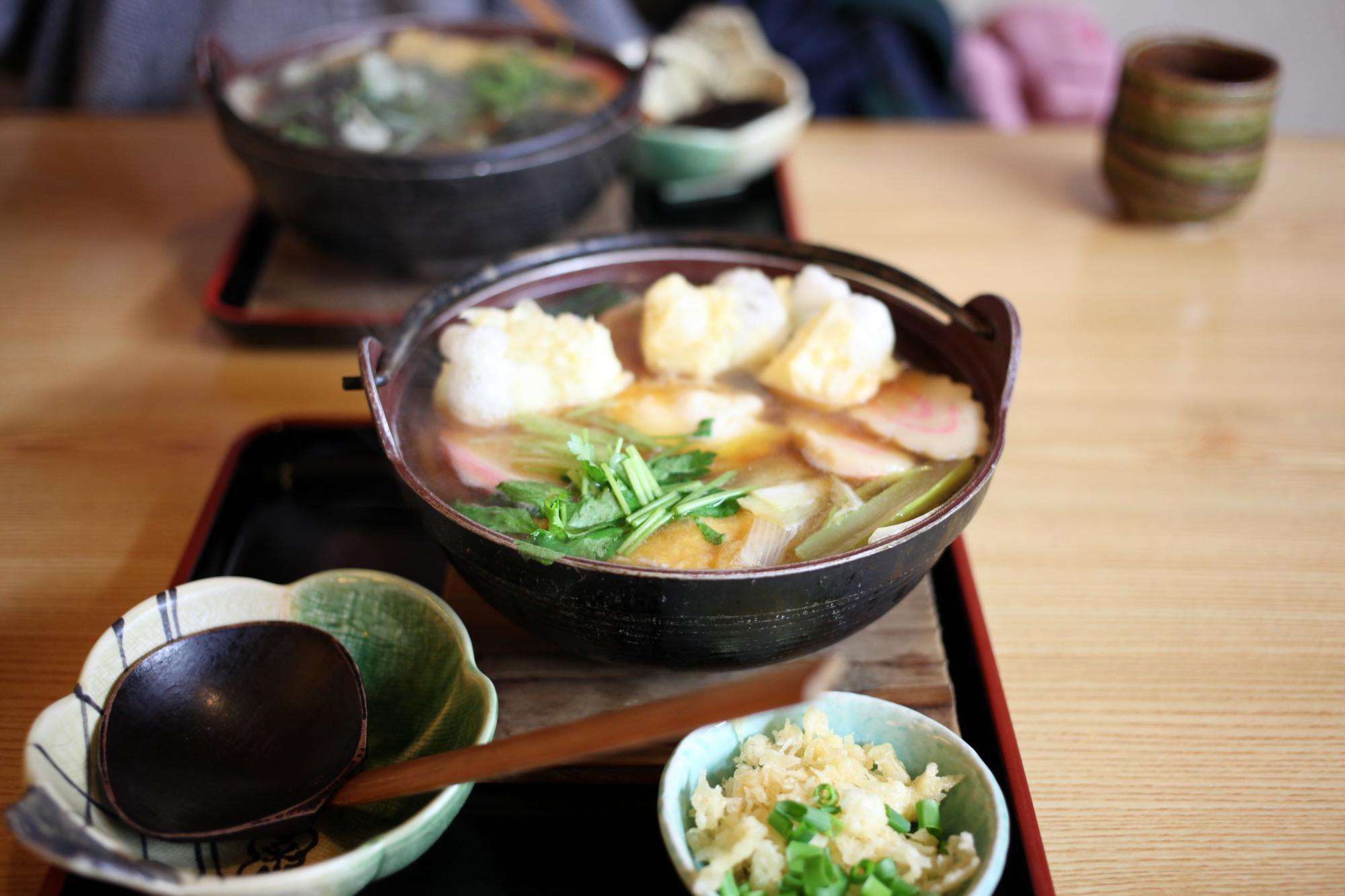 Nabeyaki udon at Sakae-ya. Only available in winter.

If you want to experience the deep Japanese traditional onsen town, Kusatsu is the right place to visit.