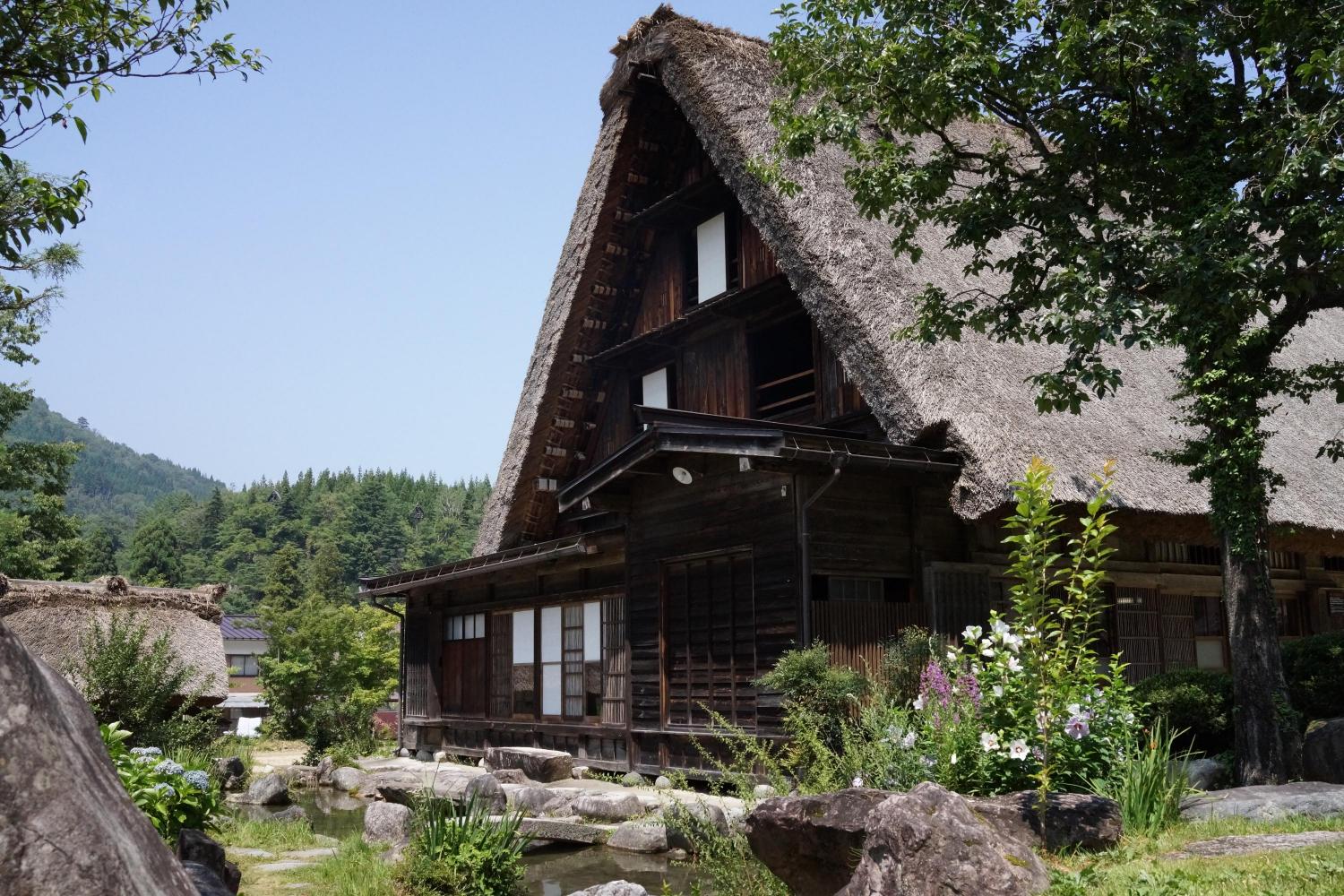 Shirakawa-go is a Gassho zukuri village in Hida Takayama area of Gifu Prefecture and registered as a World Heritage Site.
Gassho zukuri is a Japanese architectural style with a distinct steep thatched-roof. Many old Gassho zukuri houses are concentrated in Shirakawa-go. You can see beautiful rural landscape there. It takes 50 minutes by bus from Takayama station so Shirakawa-go is highly recommendable place when you visit Hida Takayama area. It is also known as the model of “Higurashi When They Cry (Higurashi no Naku Koro ni)” whose PC game and anime are popular.
* On this article, I would like to introduce Ogimachi district where main attractions are concentrated.
* As a Gassho zukuri Village Shirakawa-go is registered as a World Heritage Site as well as Gokayama in Toyama Prefecture. 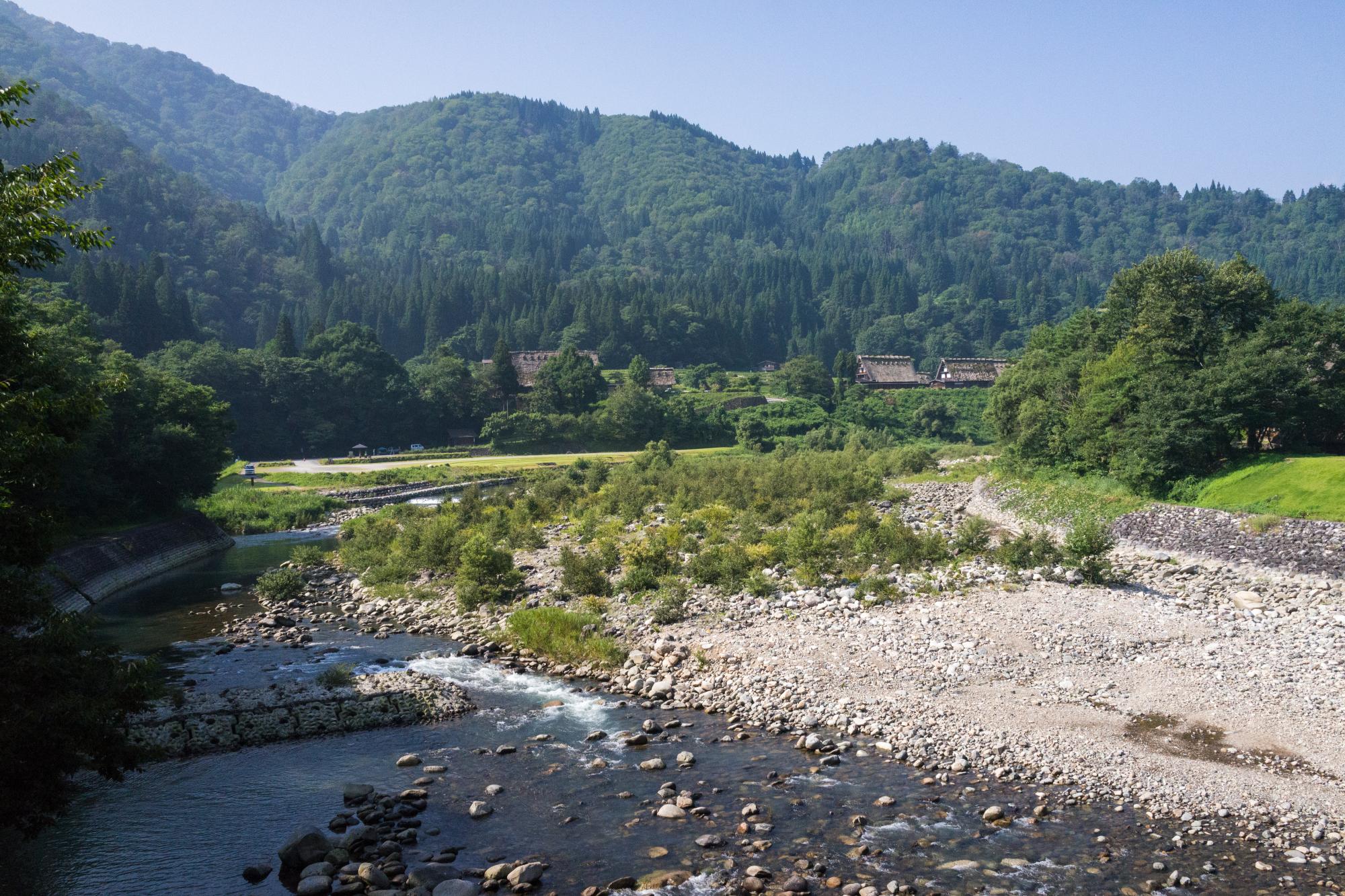 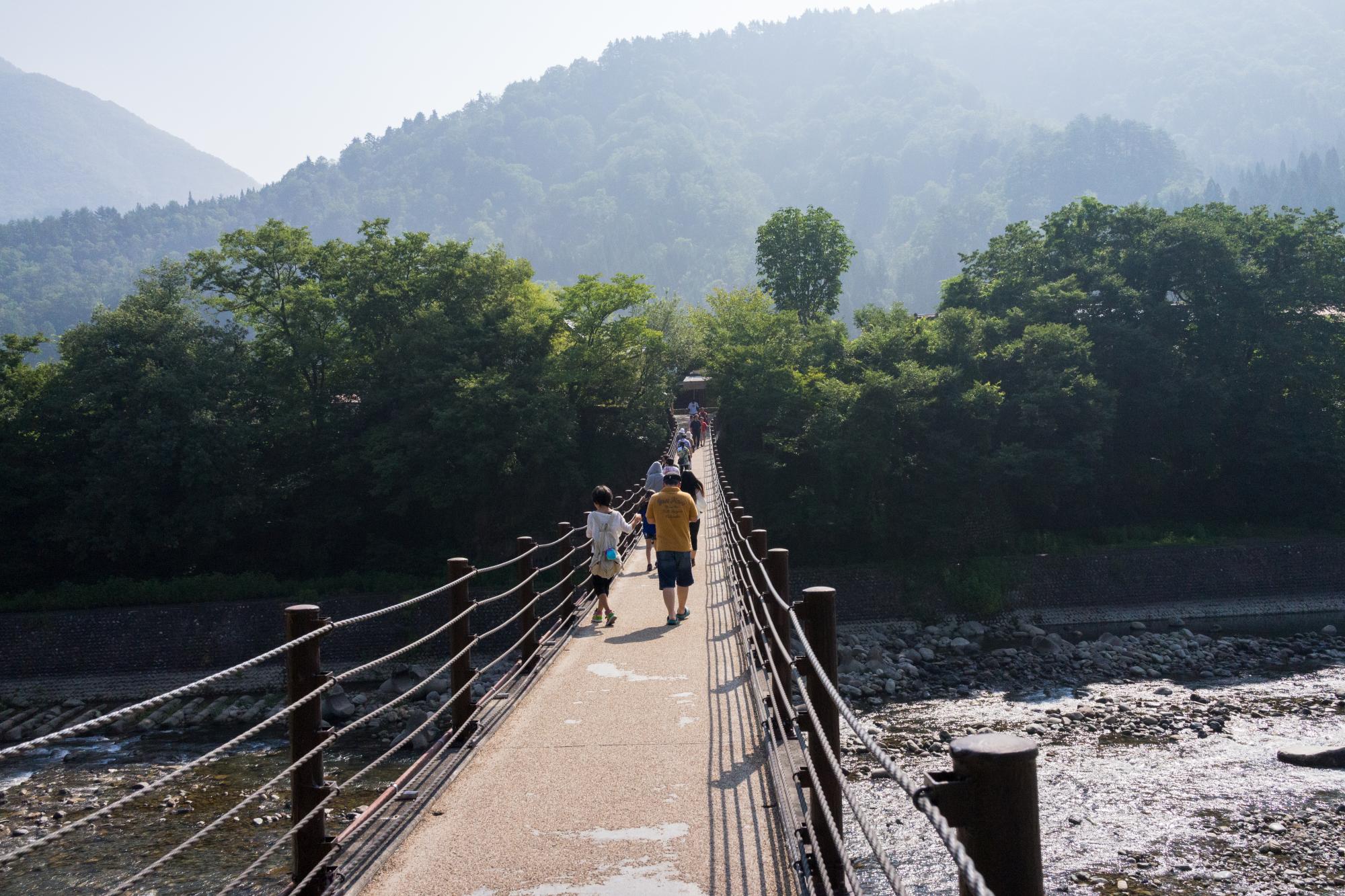 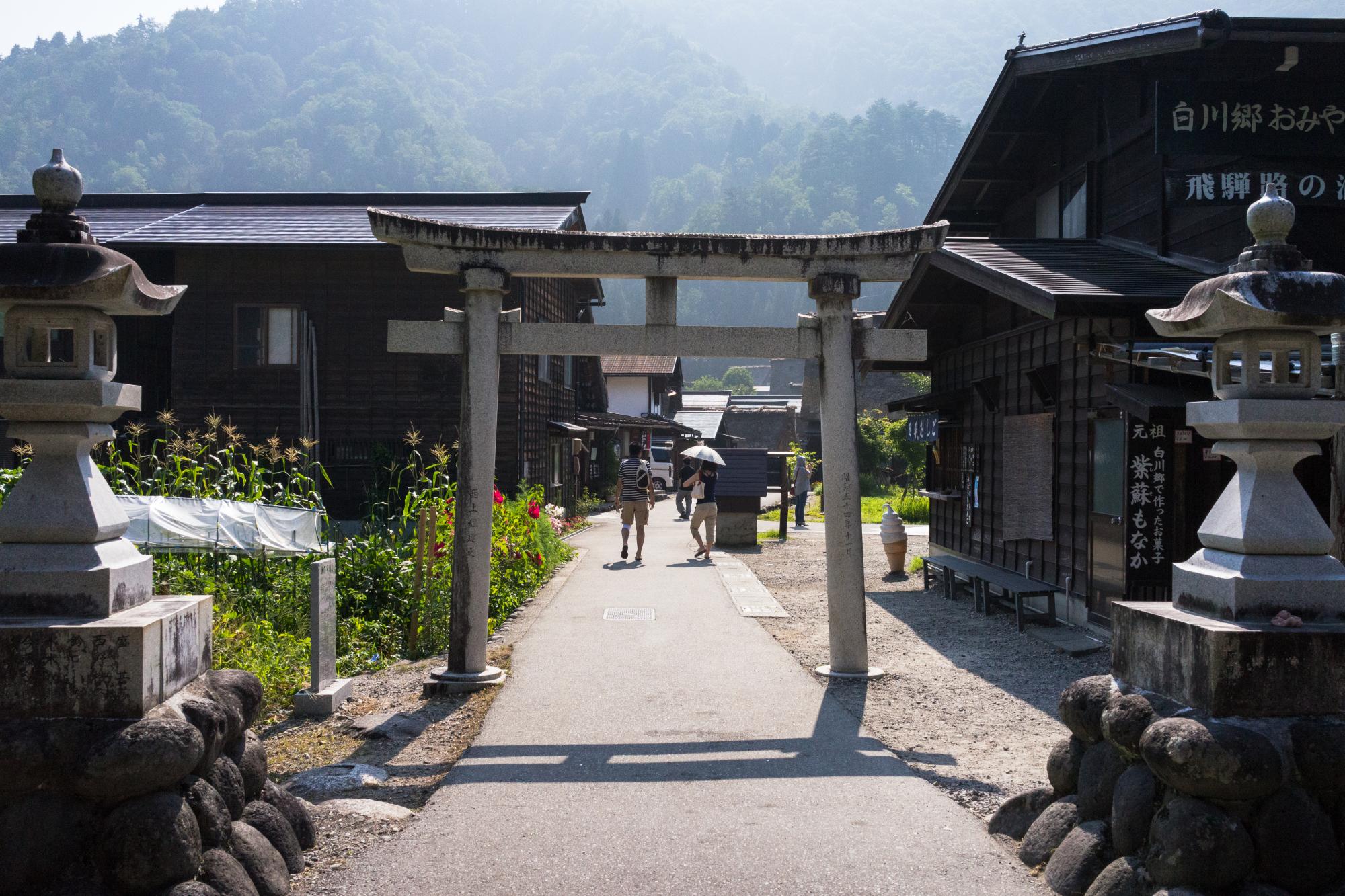 A torii (gateway) of Akiba shrine 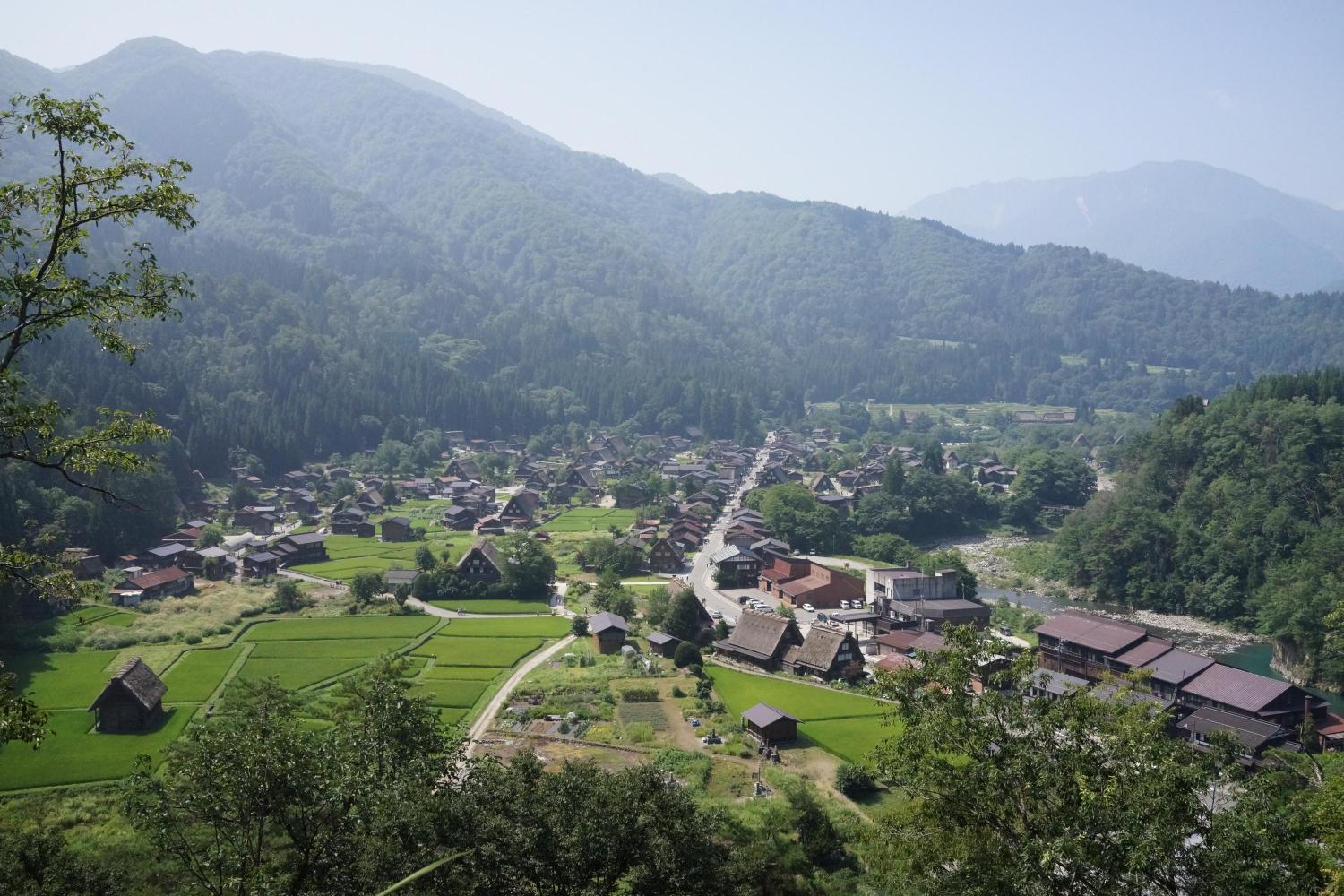 Shirakawa-go Shiroyama Observatory Deck is located on a hill where you can overlook Shirakawa-go Village. There was once a castle. You can get a full view of the beautiful village so it is very popular. It is also the appeal that you can enjoy seasonal scenery such as fresh green, autumn leaves and snow scape. 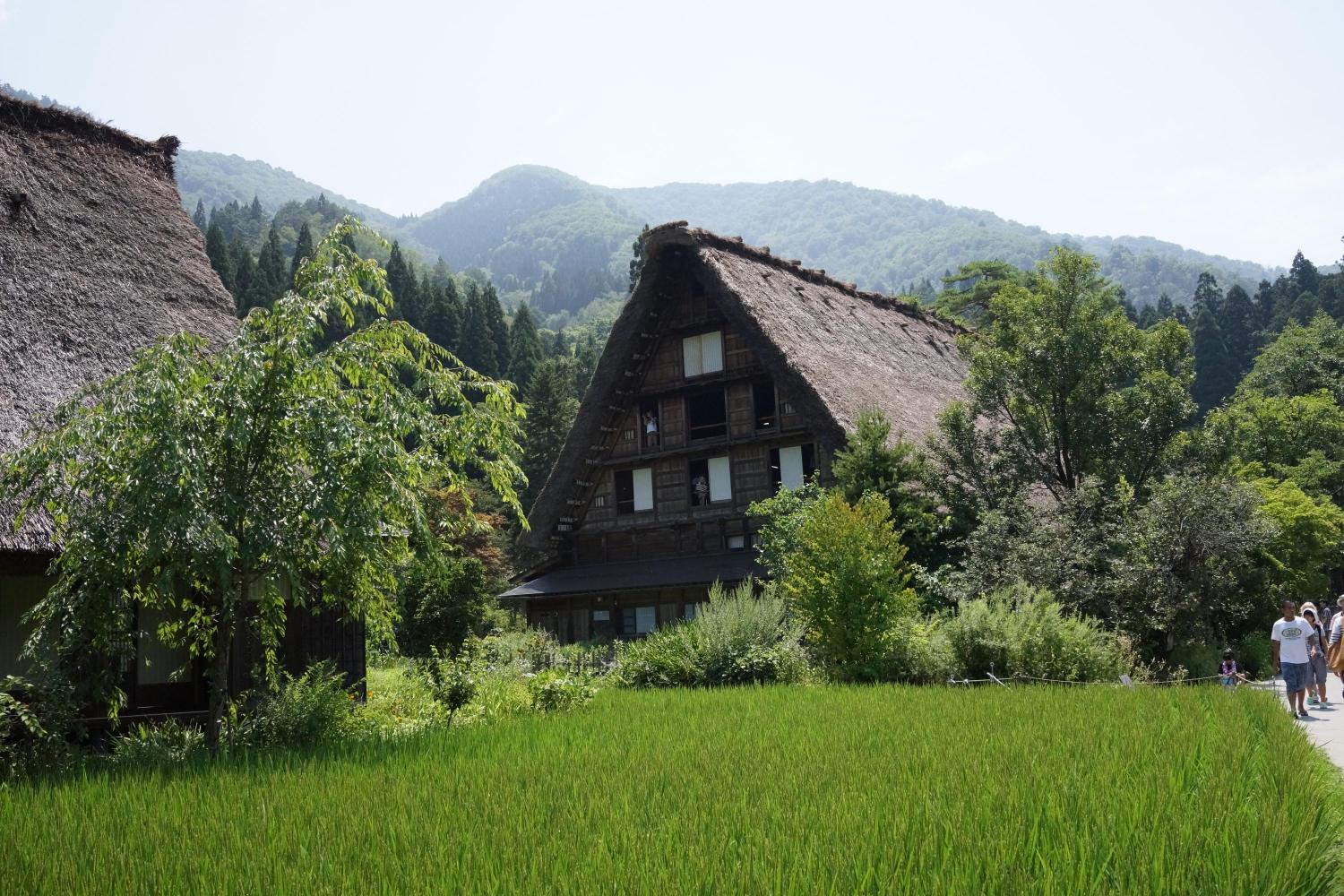 The Wada House is the largest Gassho zukuri house in Shirakawa-go. It is said to have been built in the end of the Edo period (1603 - 1868). The Wada family is a family lineage in charge of Shoya (the village leader) in the Edo period. People of the family is living in the house today and they have made a part of the house open to the public. 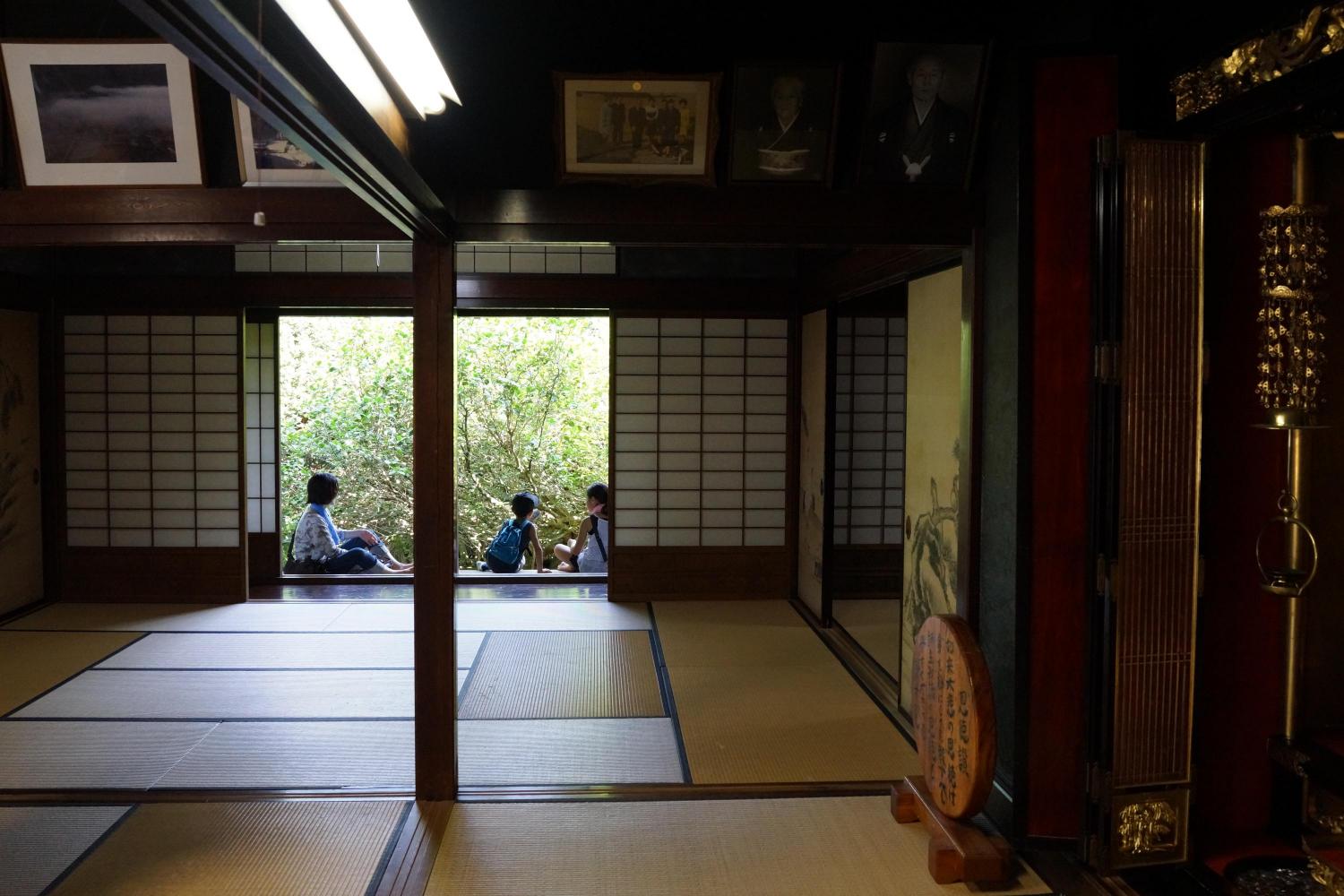 The inside of the Wada House 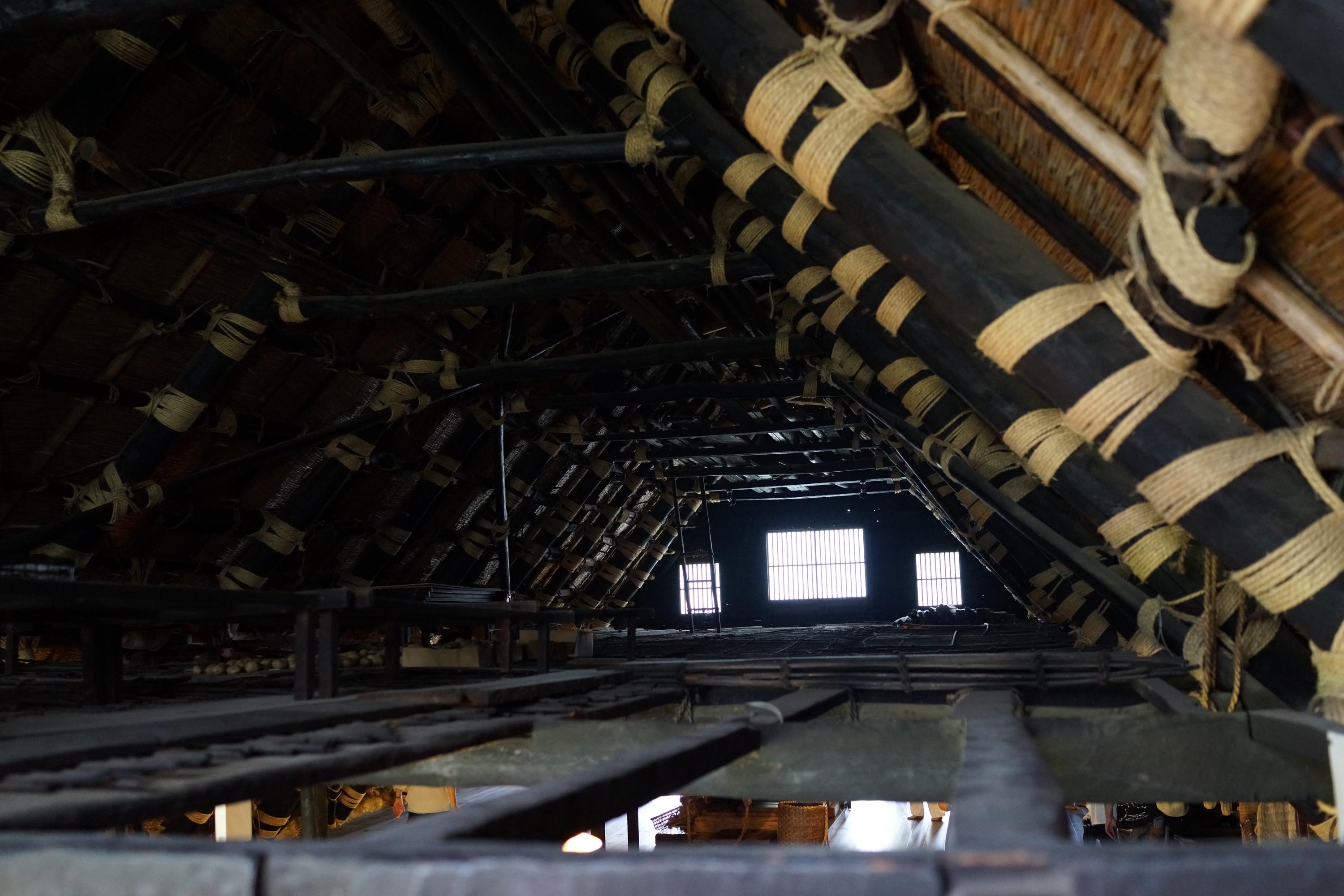 The attic of the Wada House 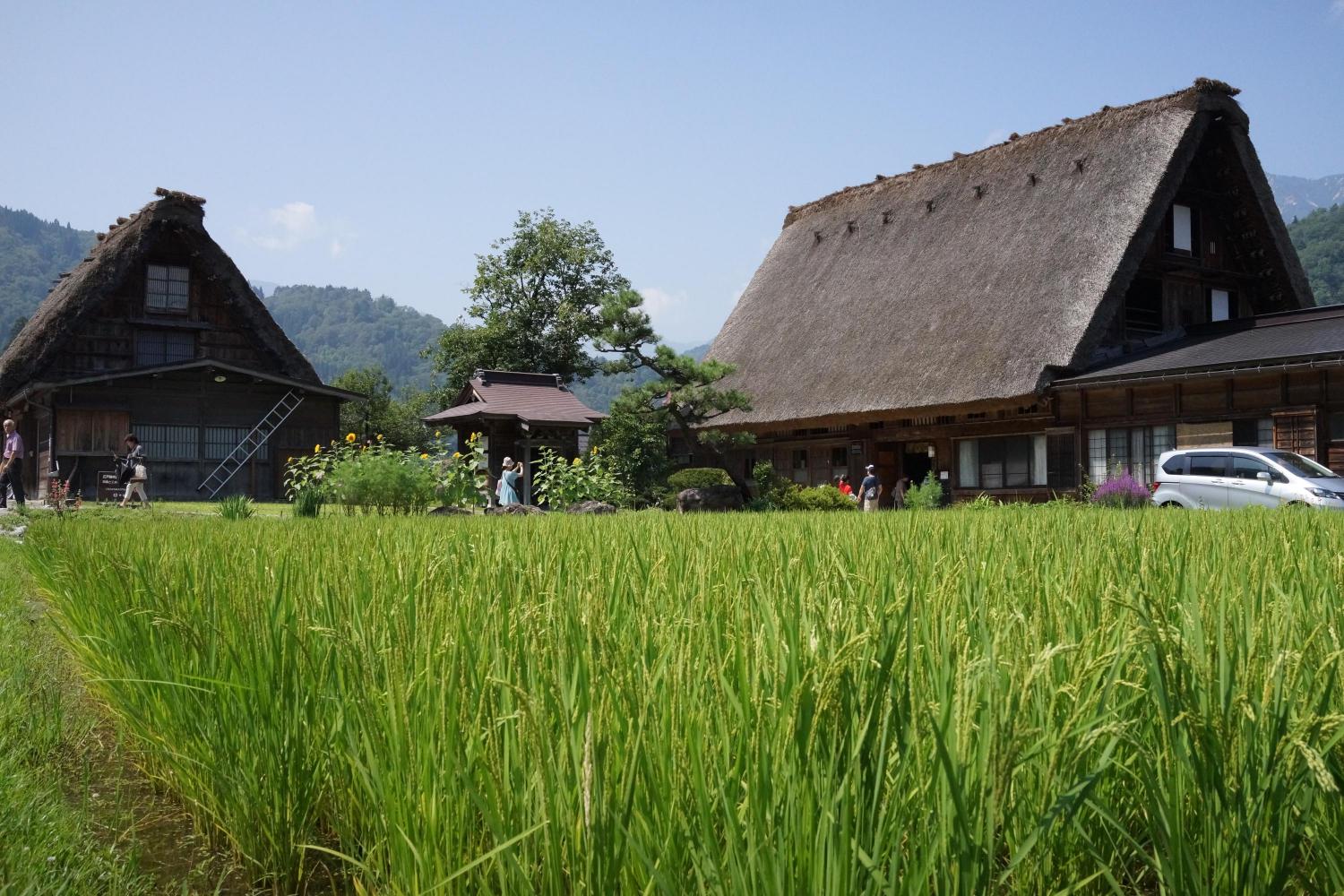 The Kanda House is a Gassho zukuri house with high degree of completion, which was built in the end of the Edo period. It is also opened to the public. 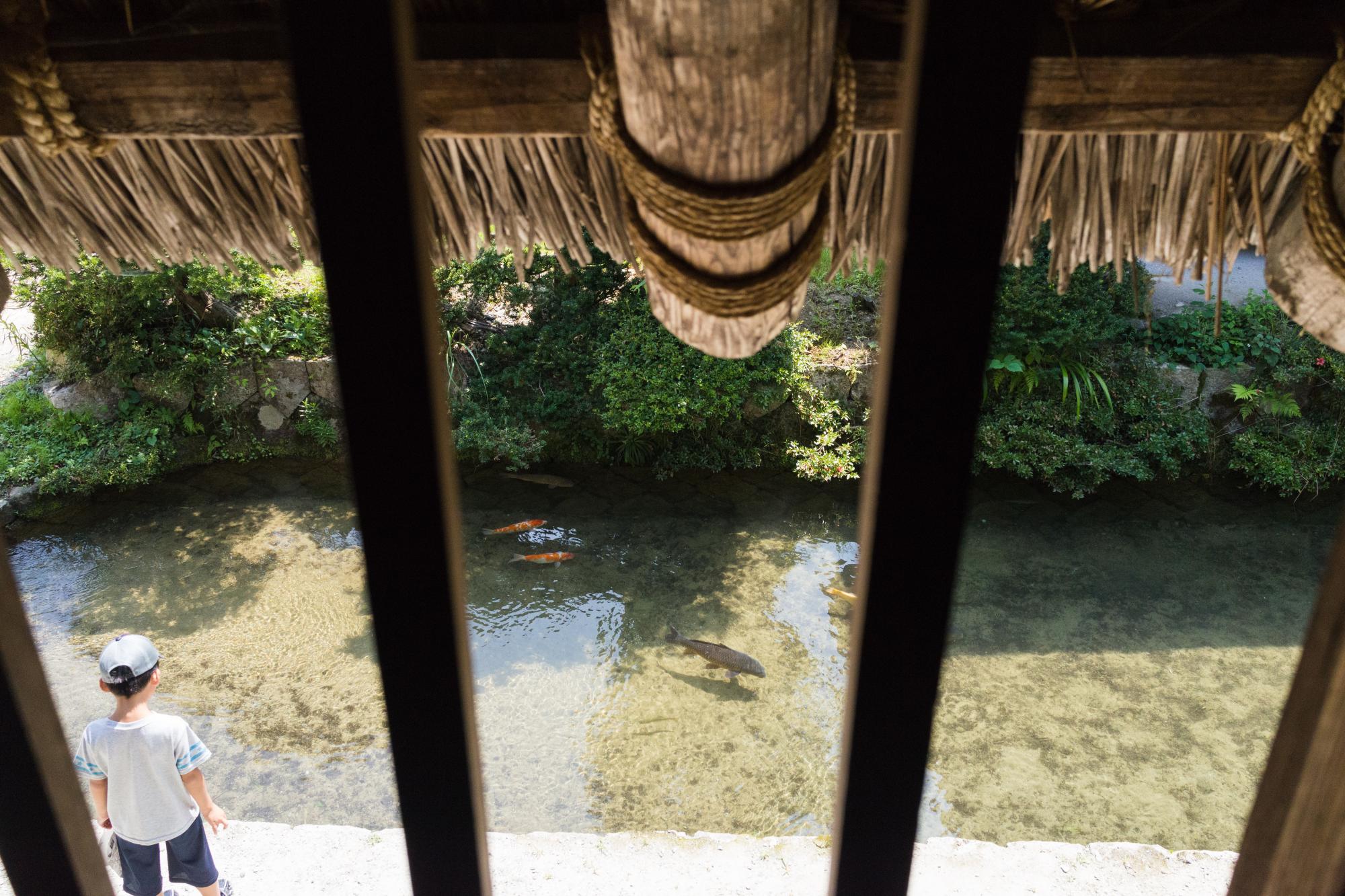 The view from the Kanda House 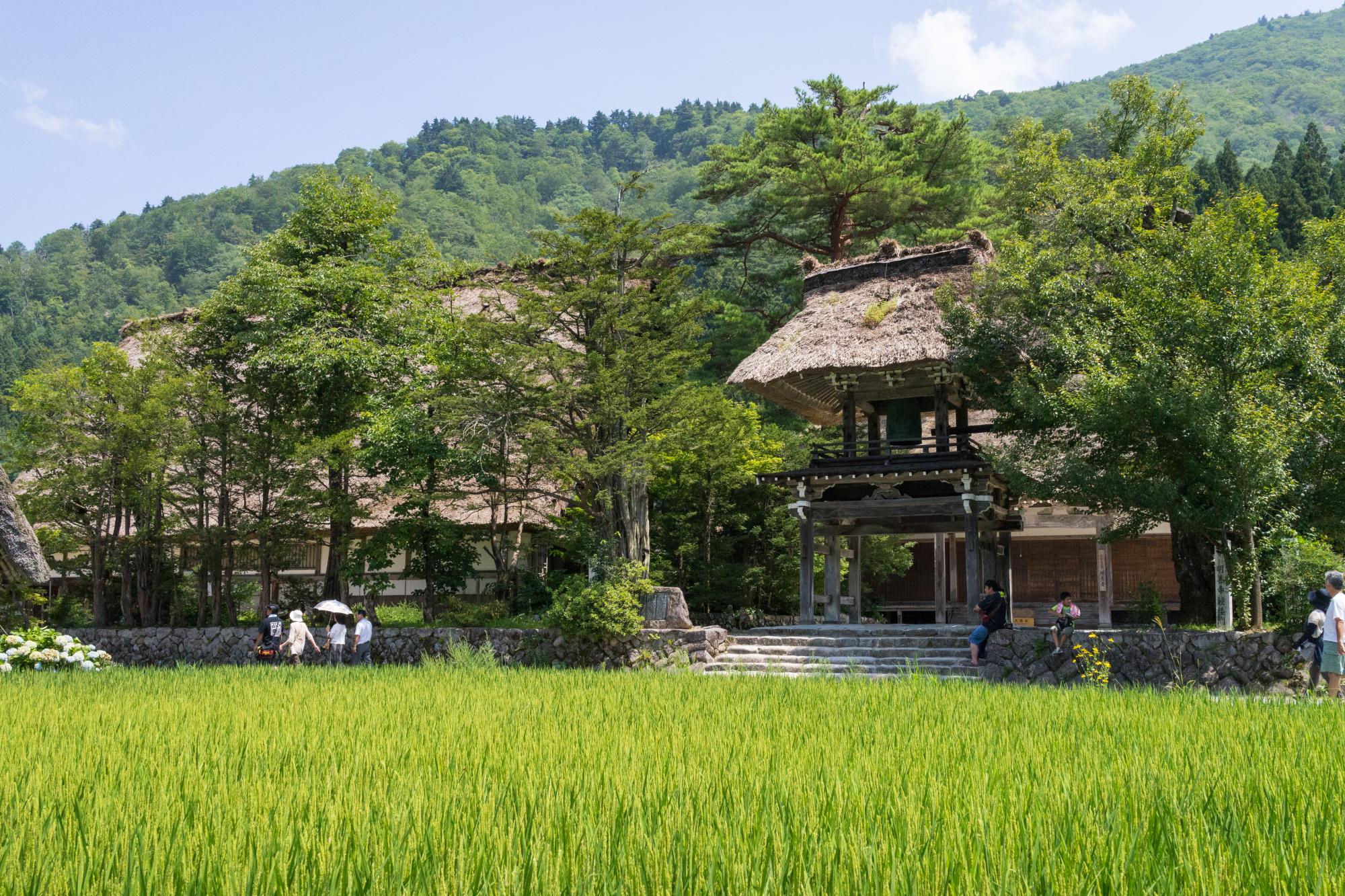 Myozenji temple was built in 1748. Uncommonly it is a Gassho zukuri temple whose main hall, Kuri (priest's living quarters) and Shoro-mon (gate with bell tower) have thatched-roof. Kuri is a large five-story building where as Myozenji Museum, materials such as everyday tools in the area are on display. 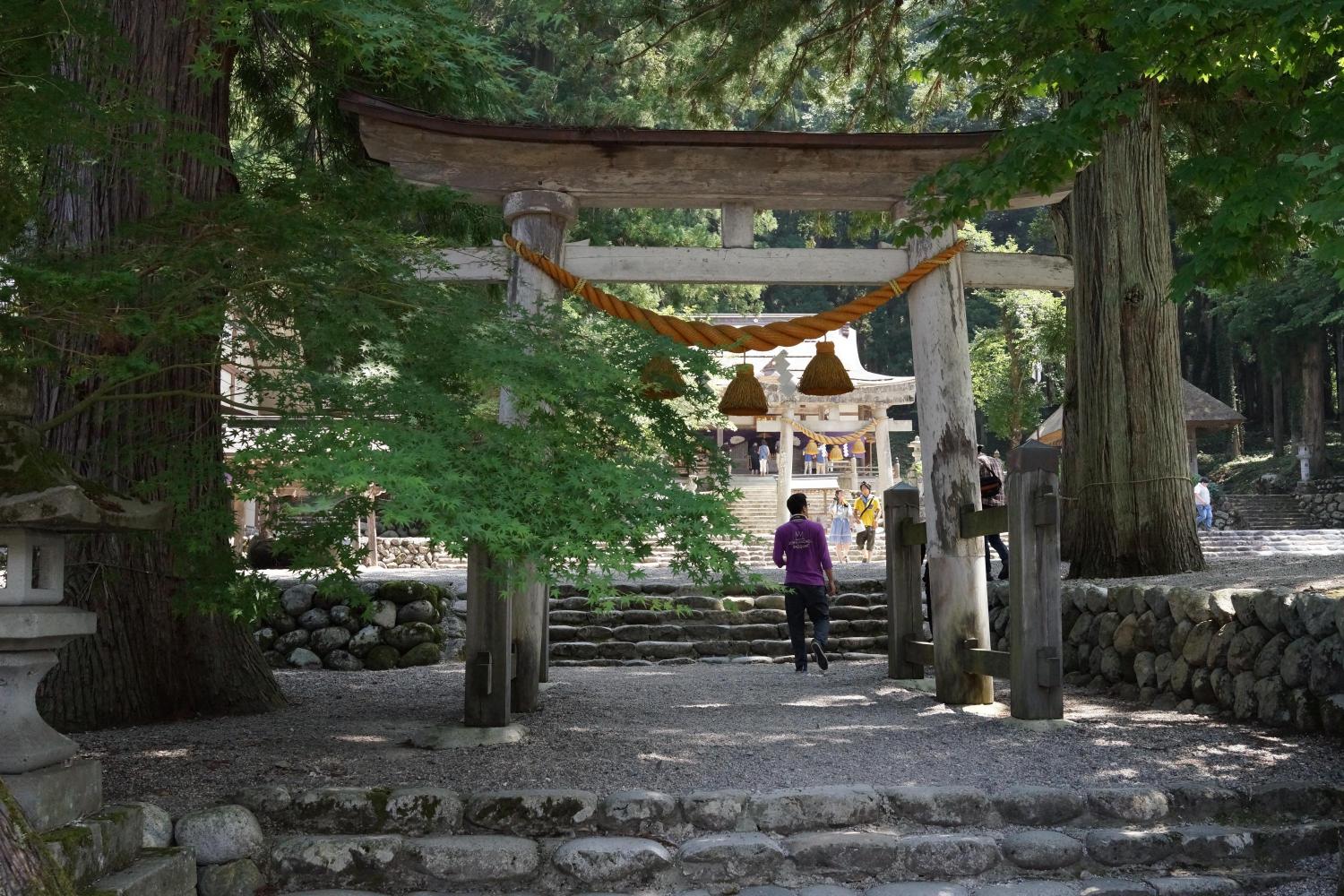 It is said that Shirakawa Hachiman Shrine was built in the early 8th century. Shirakawa-go is the area of its parishioners. The enshrined deity is Hachiman (Emperor Ojin, god of war). You can feel long history by the torii (gateway), the main building and stonewalls. It is really stately shrine so I highly recommend it. It is also popular as the location of scenes in “Higurashi When They Cry (Higurashi no Naku Koro ni)” mentioned previously and you will see a lot of emas (votive pictures) on which characters appearing in it are drawn. 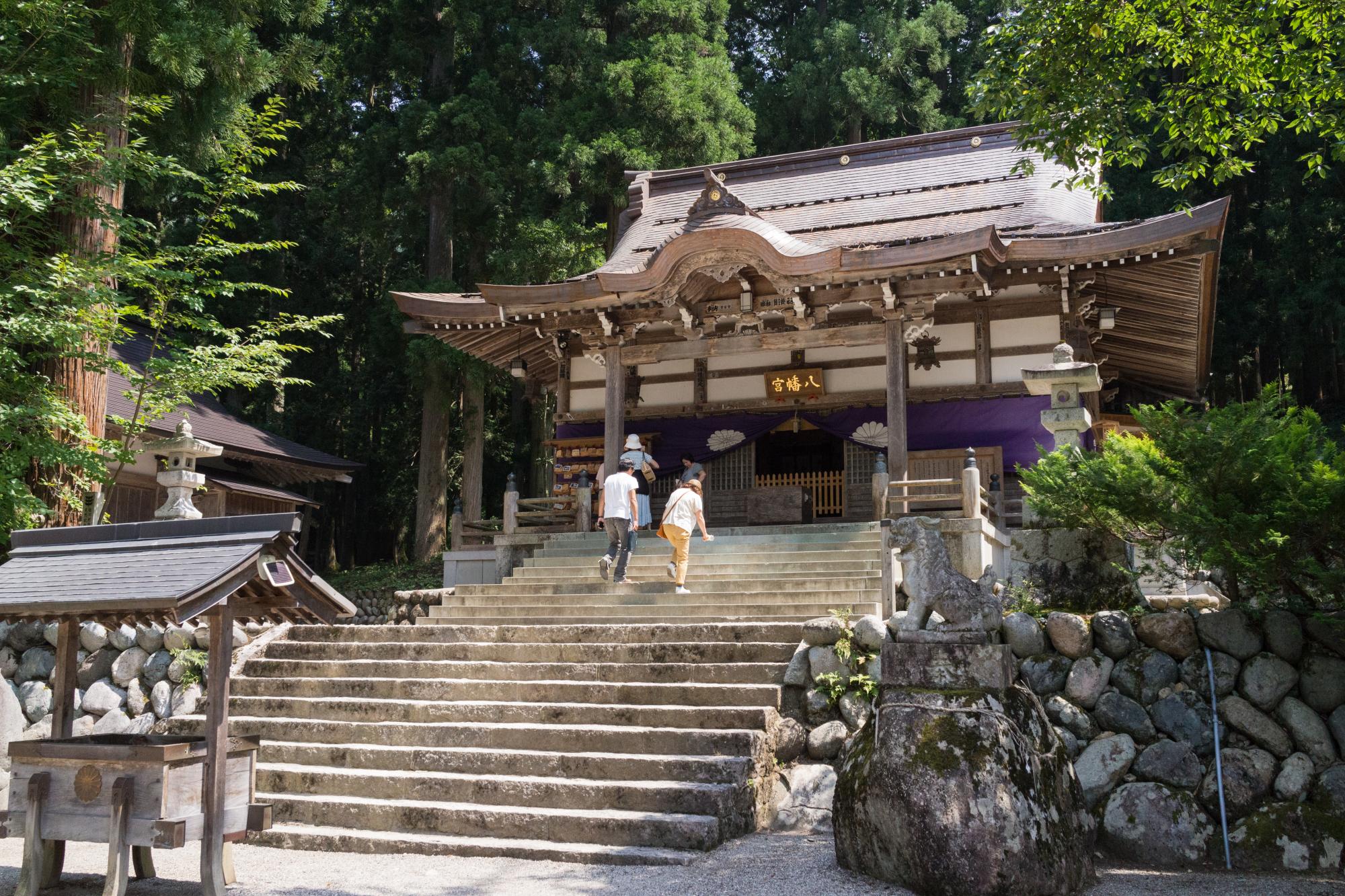 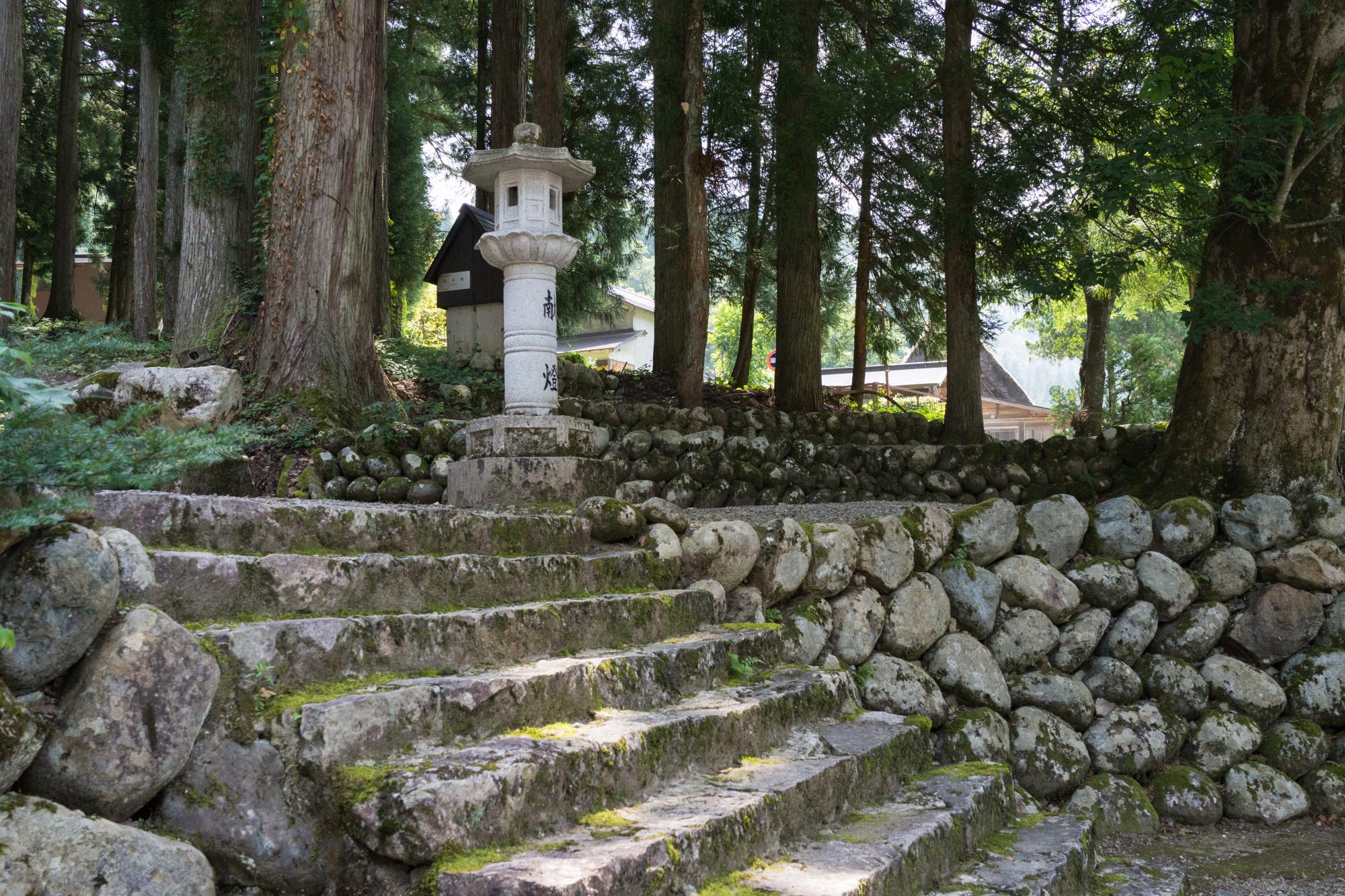 A stone lantern and stonewalls 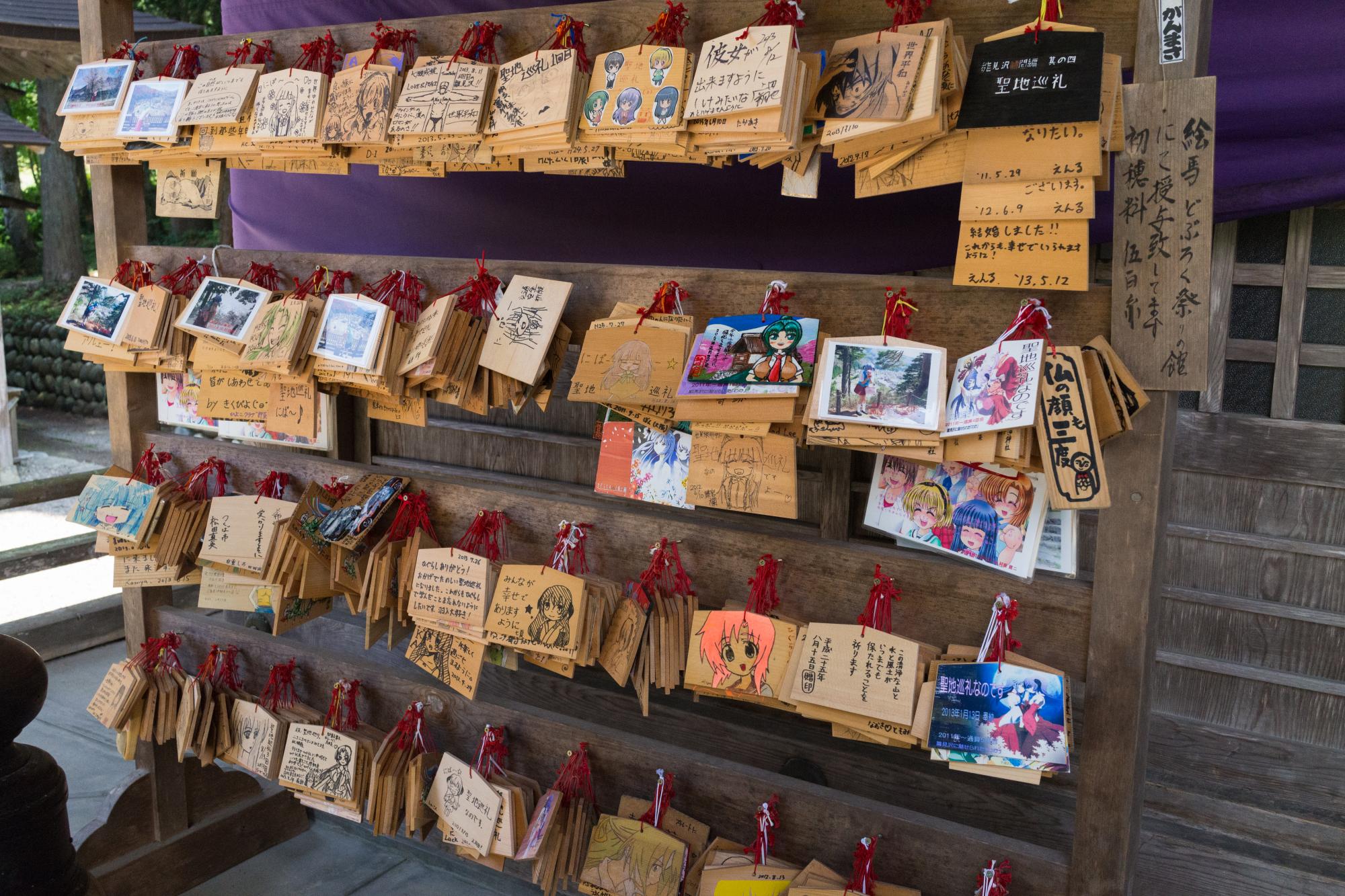 You can see beautiful countryside views there. It is the place I want you to visit once. 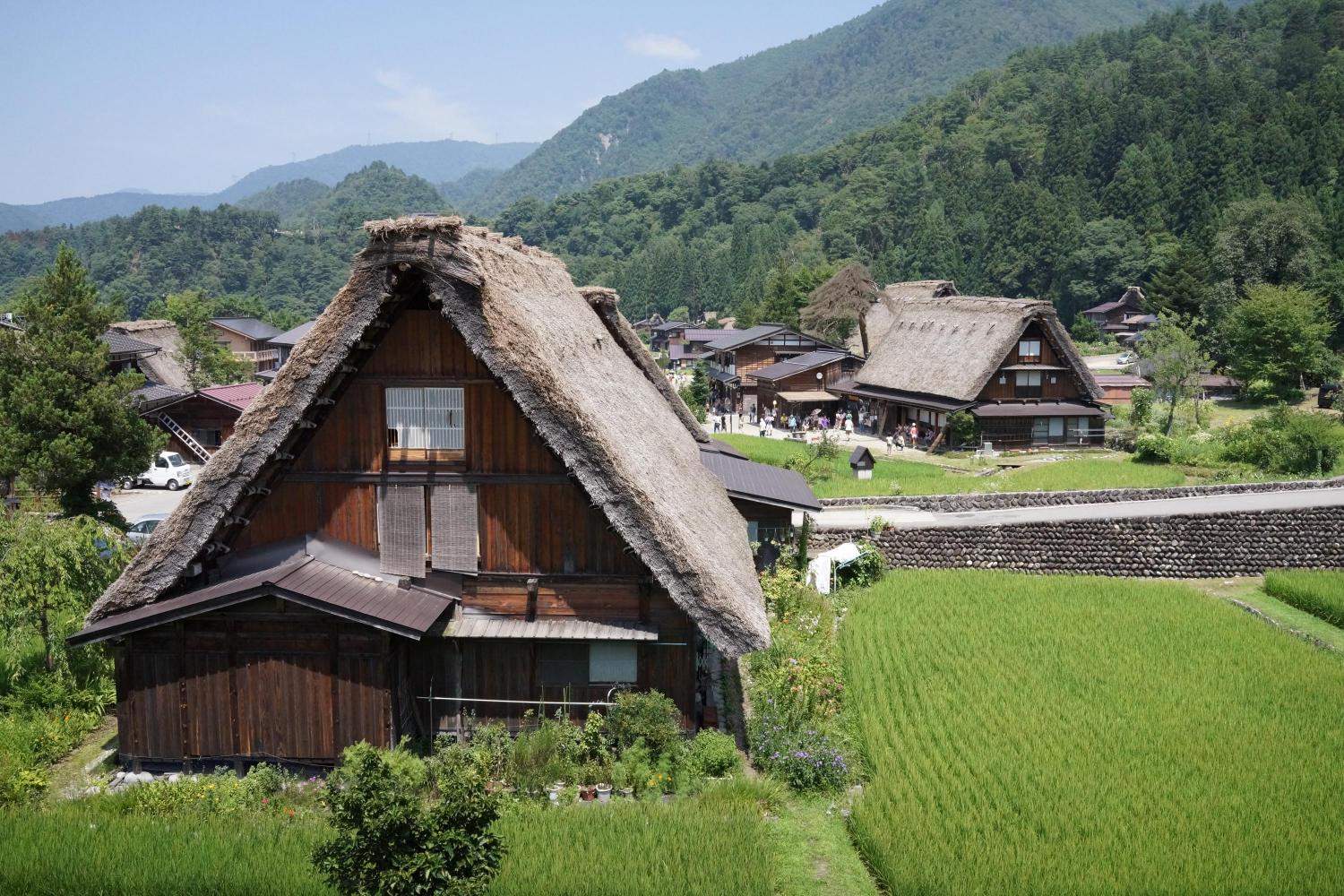 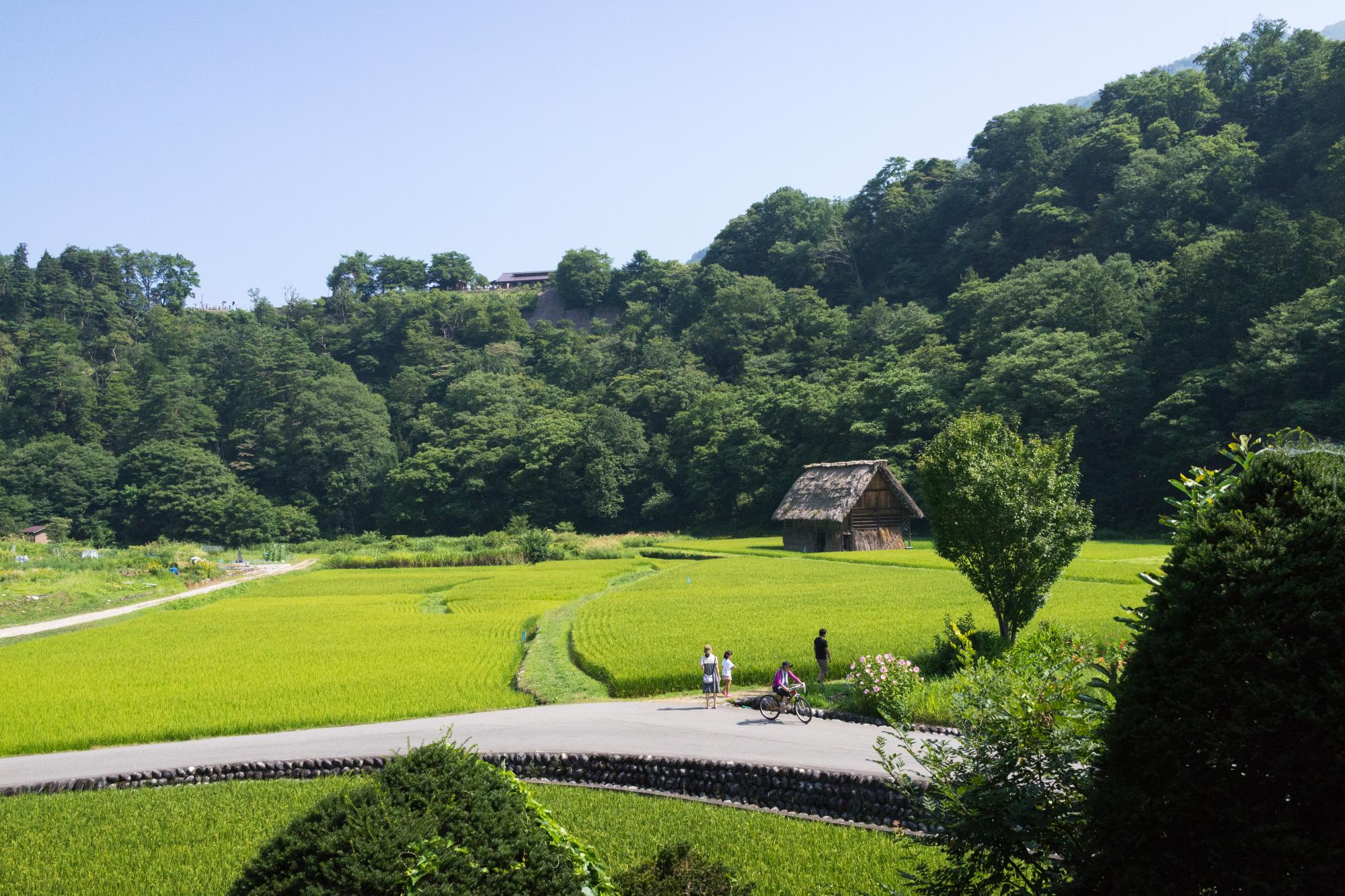 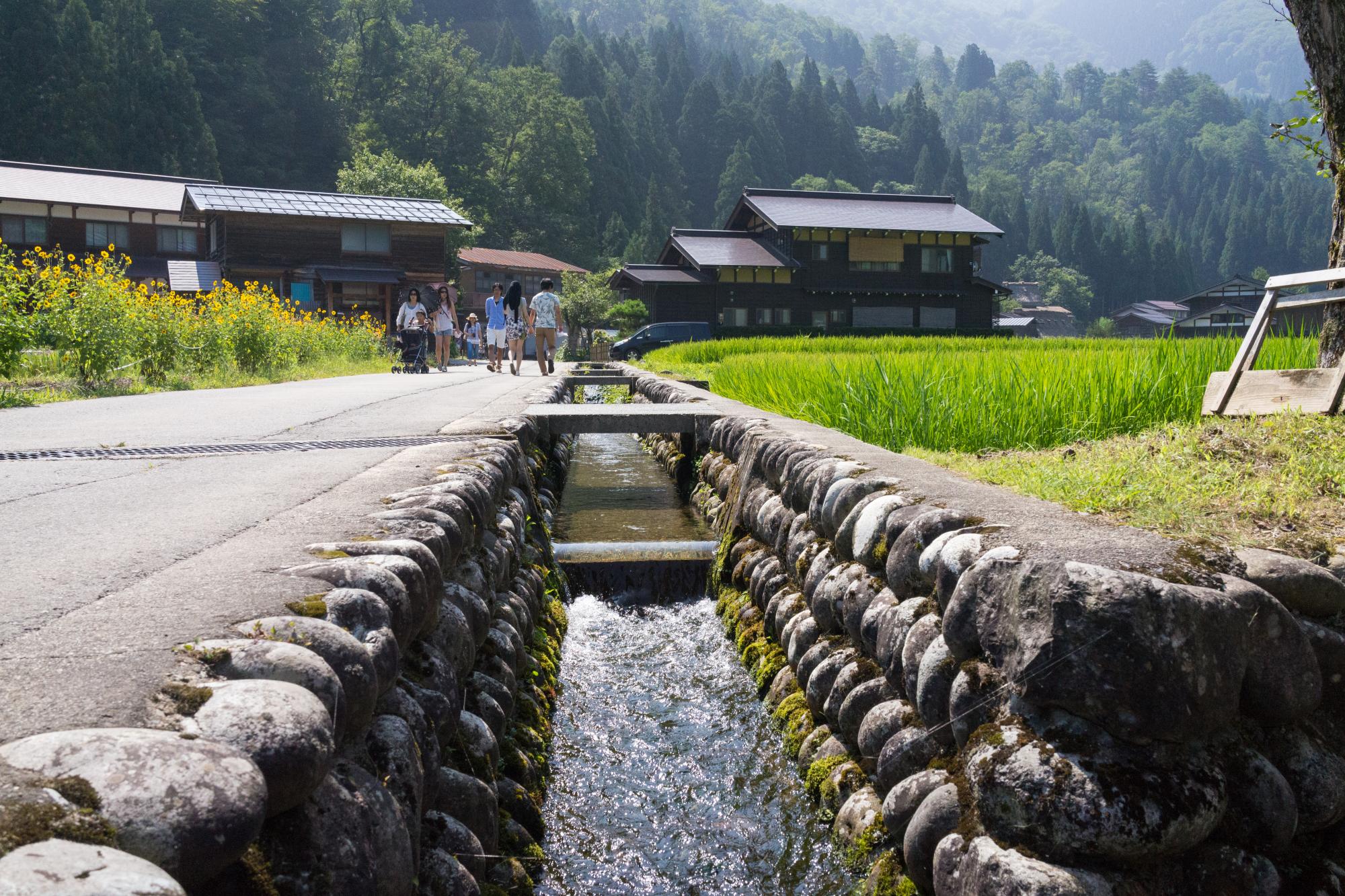 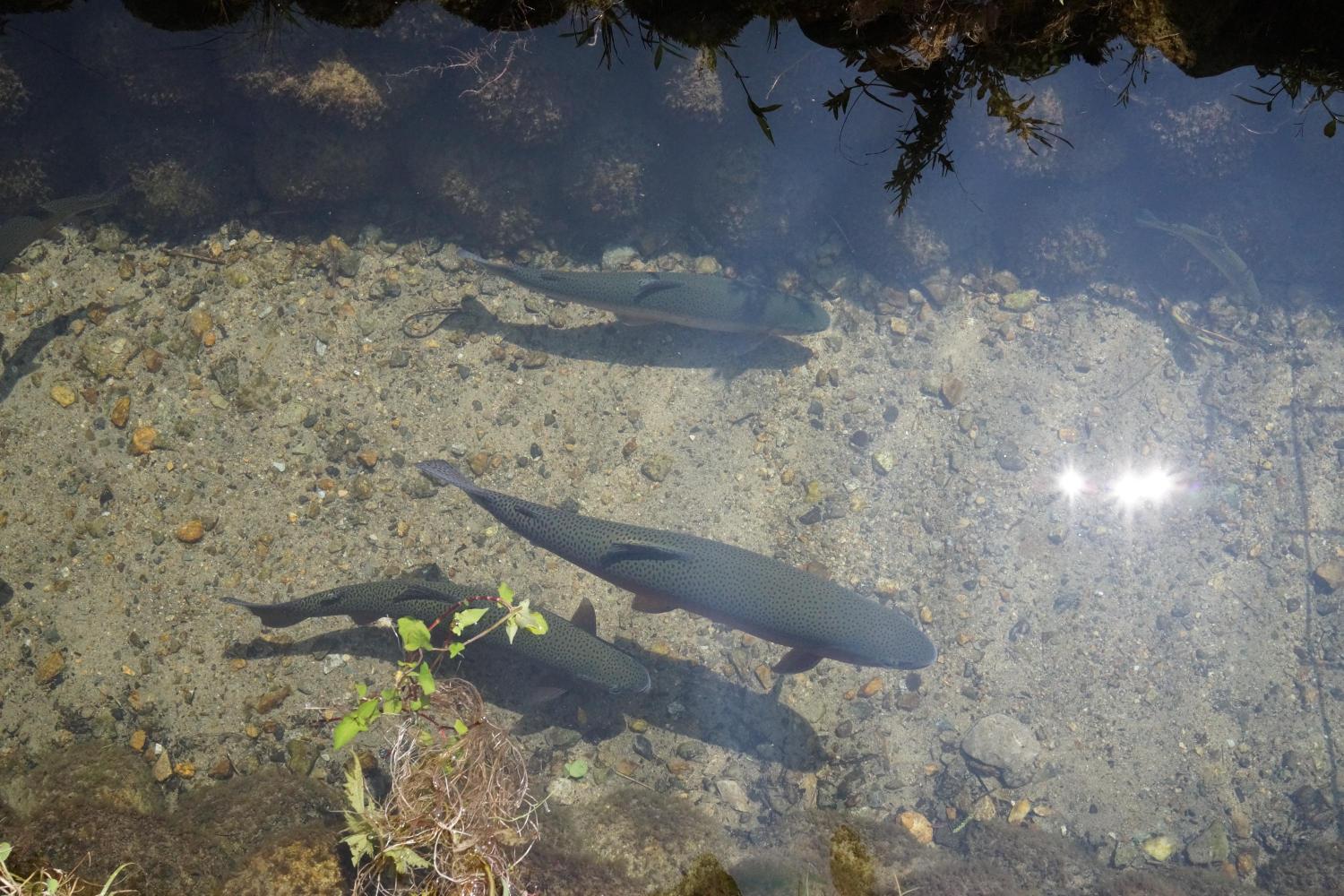 Carps in an irrigation channel 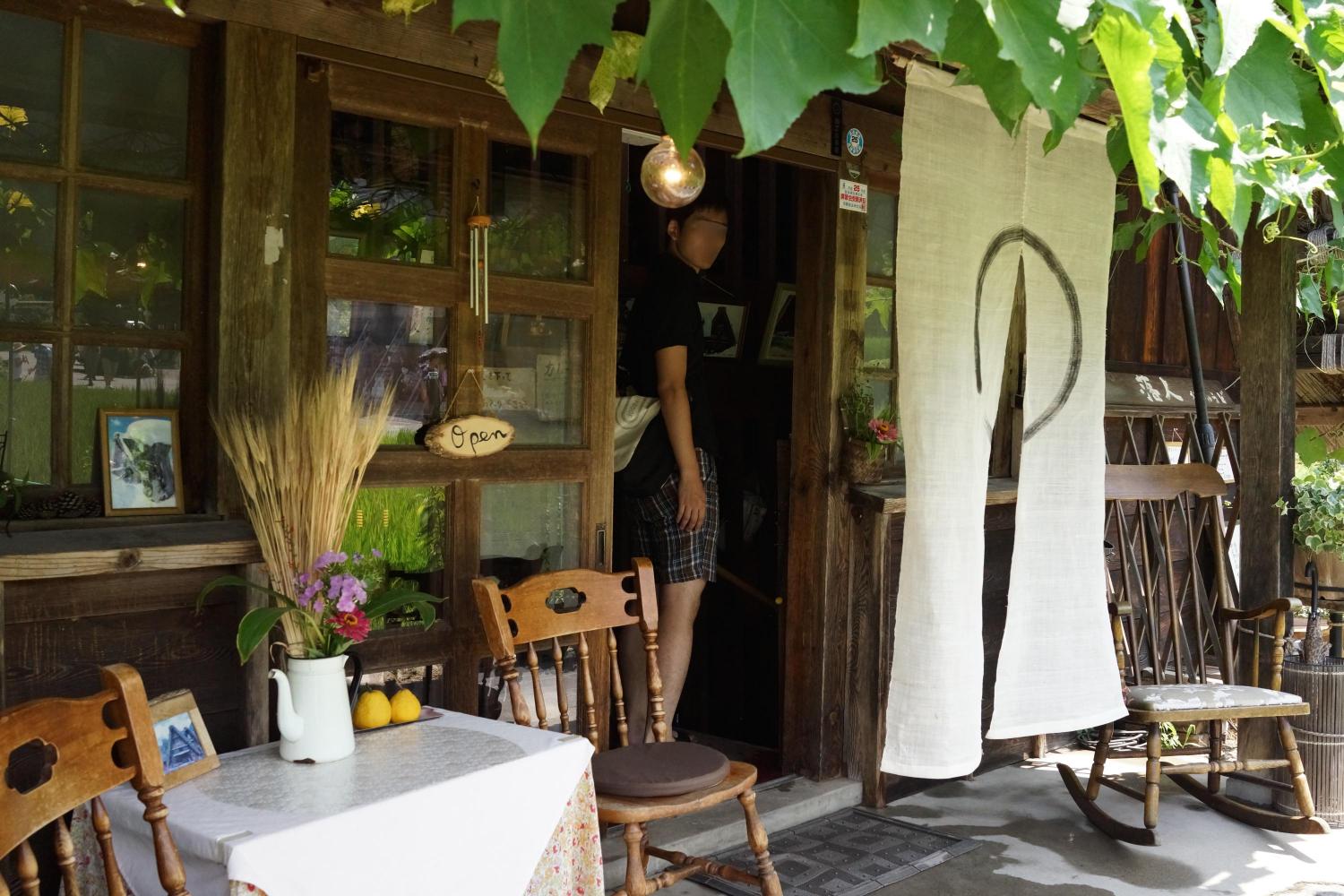 A cafe in a restored Gassho zukuri house