Takayama and the scenery reminiscent of the old days 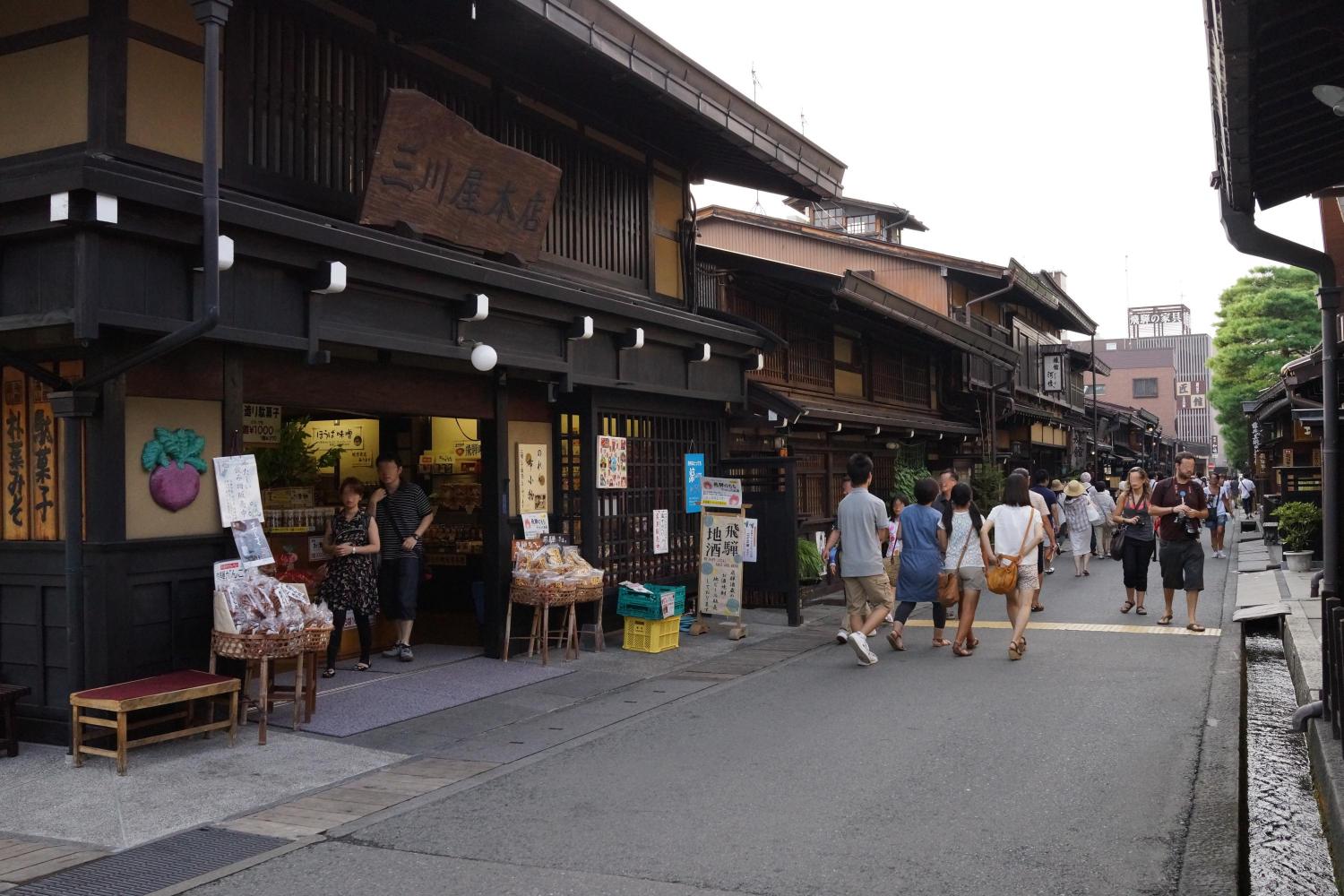 The Old Town in Takayama

Takayama is a town of merchants that has developed since Edo Period (1603 - 1868), which is located in Hida Takayama of Gifu prefecture, the central part of the Japanese Islands. It is called Little Kyoto and has the scenery reminiscent of the old days. There are many buildings worth seeing such as Takayama Jinya (Historical Government House), so it is a popular sightseeing spot. Takayama was originally developed as a castle town that had been created by Nagachika KANAMORI who governed Hida Province from the latter of 16th century to the beginning of 17th century. (The castle doesn’t remain to the present day.)
You can reach Takayama in about four hours by Shinkansen (bullet train) and limited express from Tokyo station, and also in about three hours by Shinkansen and limited express from Shin-Osaka station. In recent years the course called Dragon Route connecting Nagoya, Takayama and Kanazawa has become popular for foreign people. In addition attractive sightseeing spots such as Hida-Furukawa and Shirakawa-go are located nearby, so I highly recommend you visit Takayama once. 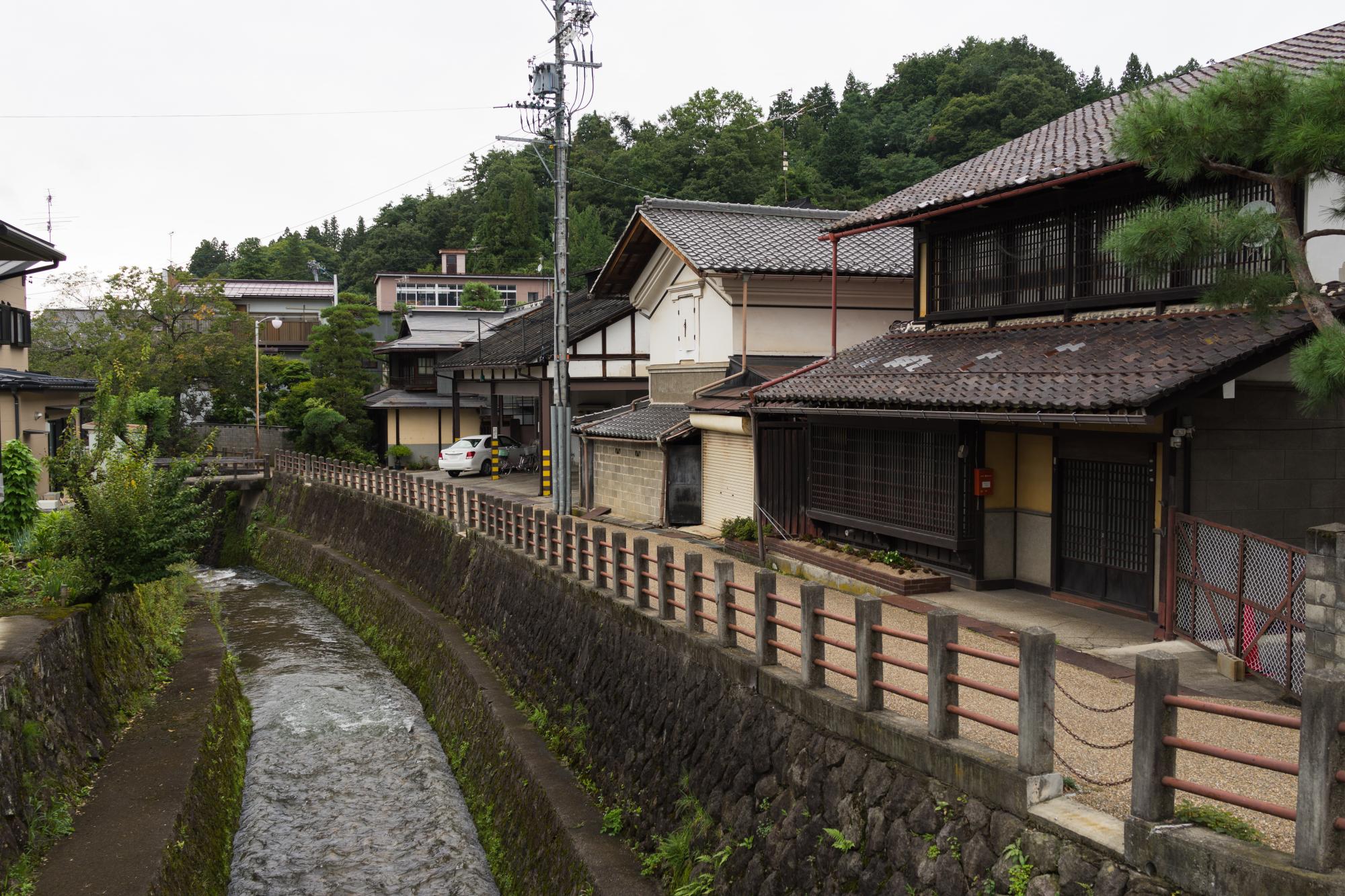 A scenery near Higashiyama 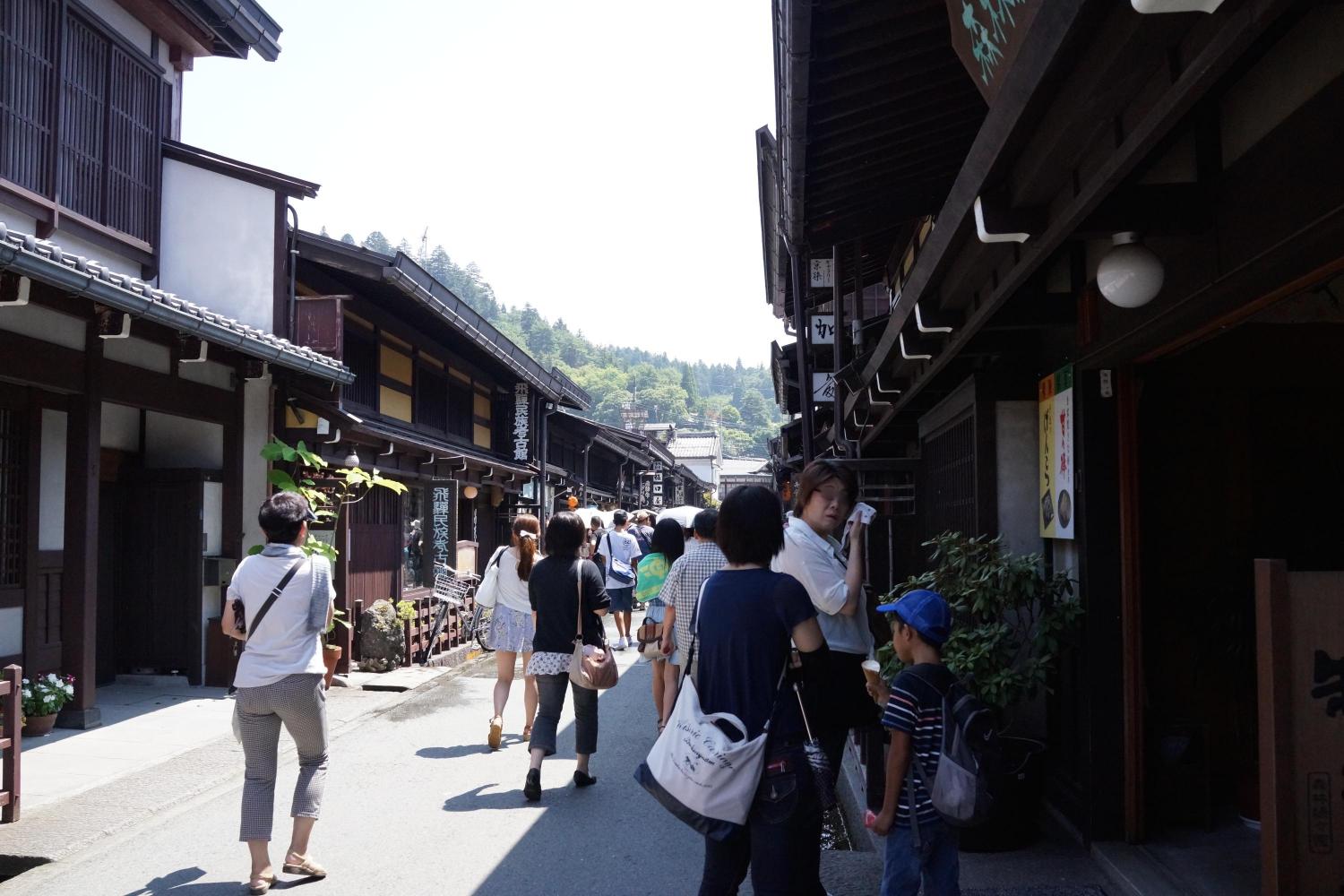 The greatest charm of Takayama is the Old Town. There remain a lot of Japanese buildings from the Edo period (1603 - 1868) to the Meiji period (1868 - 1912) in the area called Sanmachi, which is located just after crossing Miyagawa River from Takayama station, and it is designated as an area of important traditional buildings by the Japanese Government. You can see the scenery suitable to a town of merchants such as latticed bay-window of merchants' houses, irrigation channels and Sakabayashi (a large ornamental ball made with cedar leaves) of Japanese sake brewers. Furthermore you can walk around trying to eat Hida Beef, Dango (sweet rice dumpling), etc. 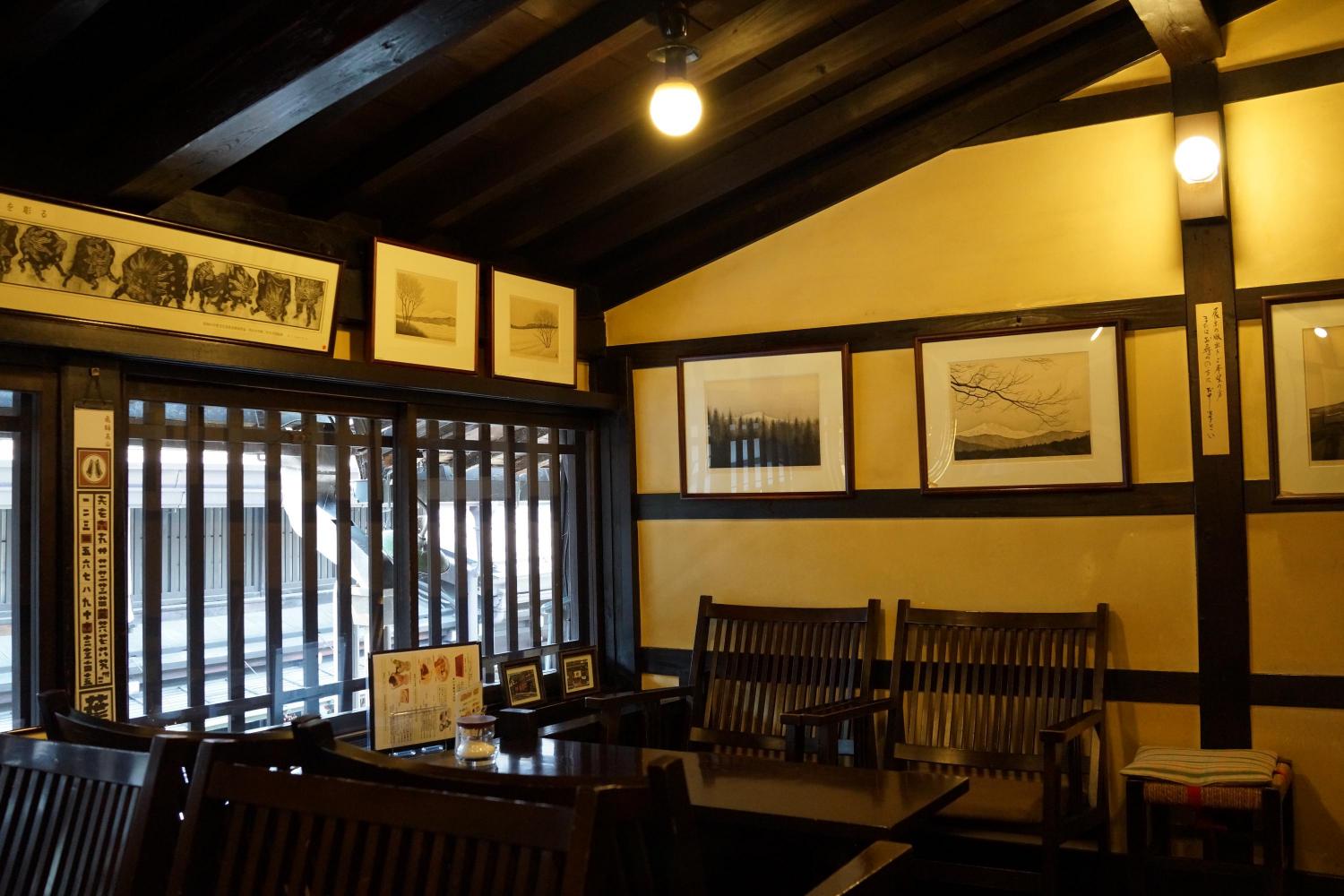 A cafe at the Old Town 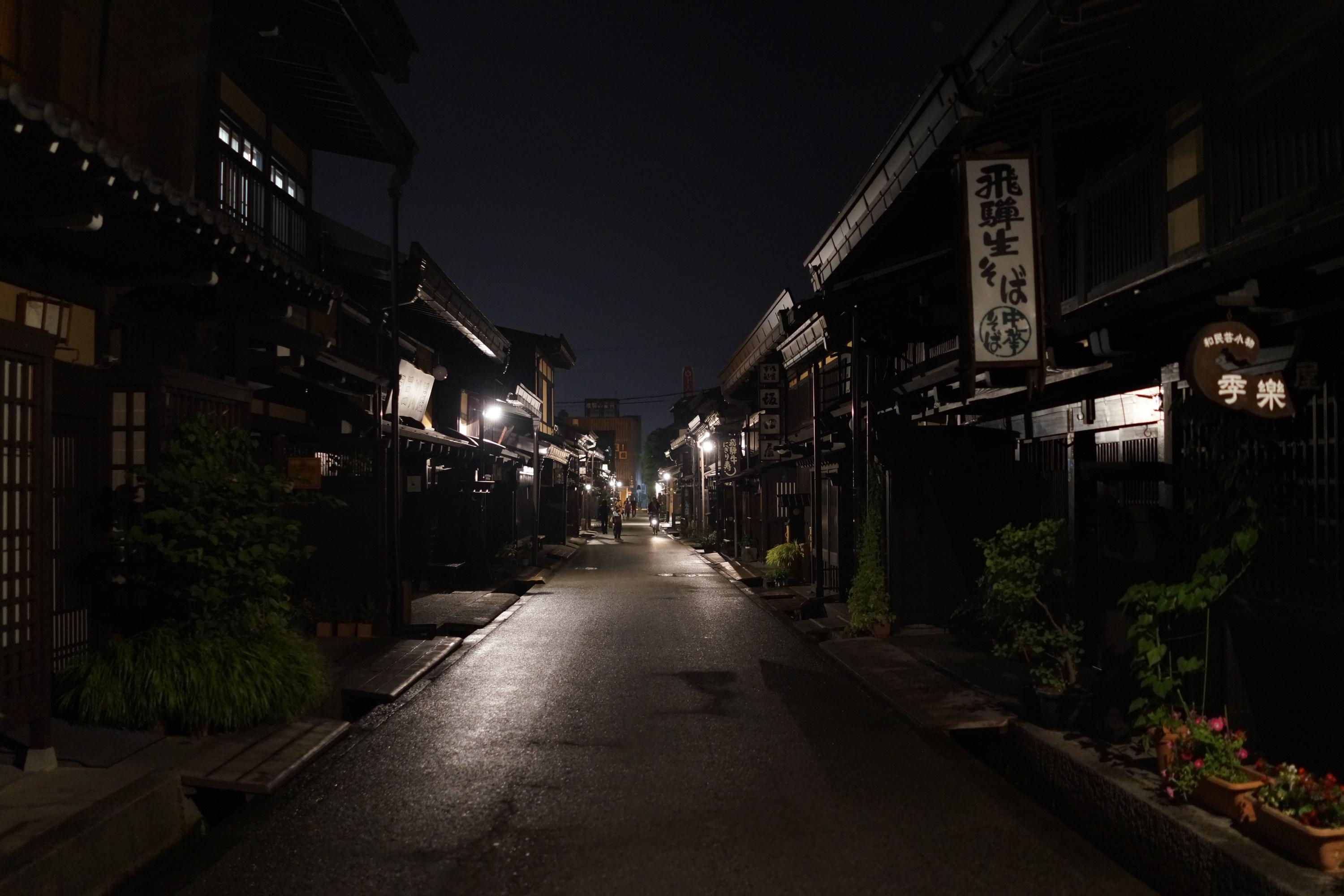 The Old Town at night 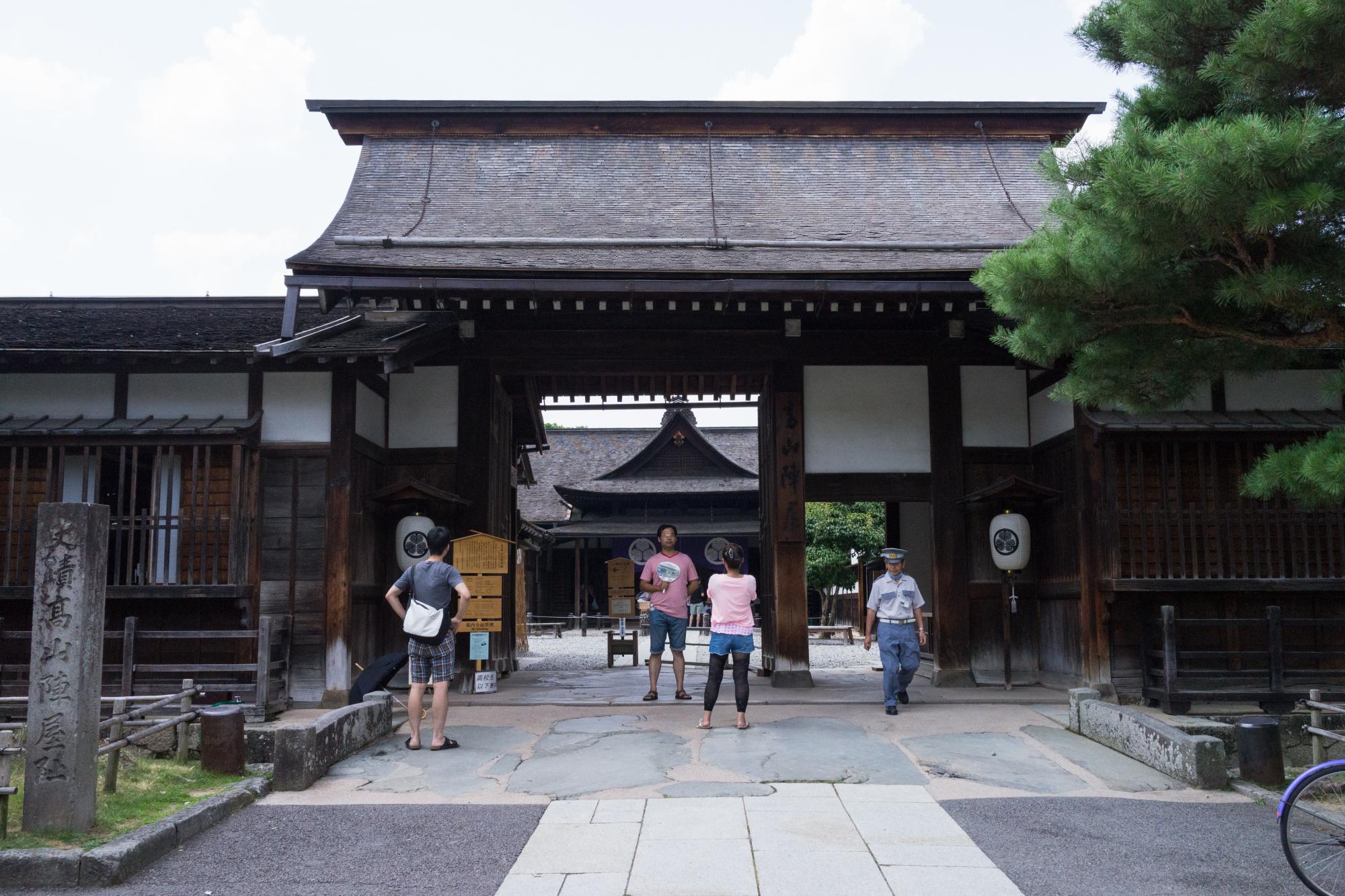 Jinya is a collective term for a government building of a domain (or an office of a local governor of a shogun's demesne), an official residence and a rice storehouse in the Edo period. Takayama Jinya is the only existing Jinya in Japan and was used as an office of Hida gundai (the magistrate of Hida Province). It is a valuable building whose appearance shows the conditions of that time and a must-see spot. 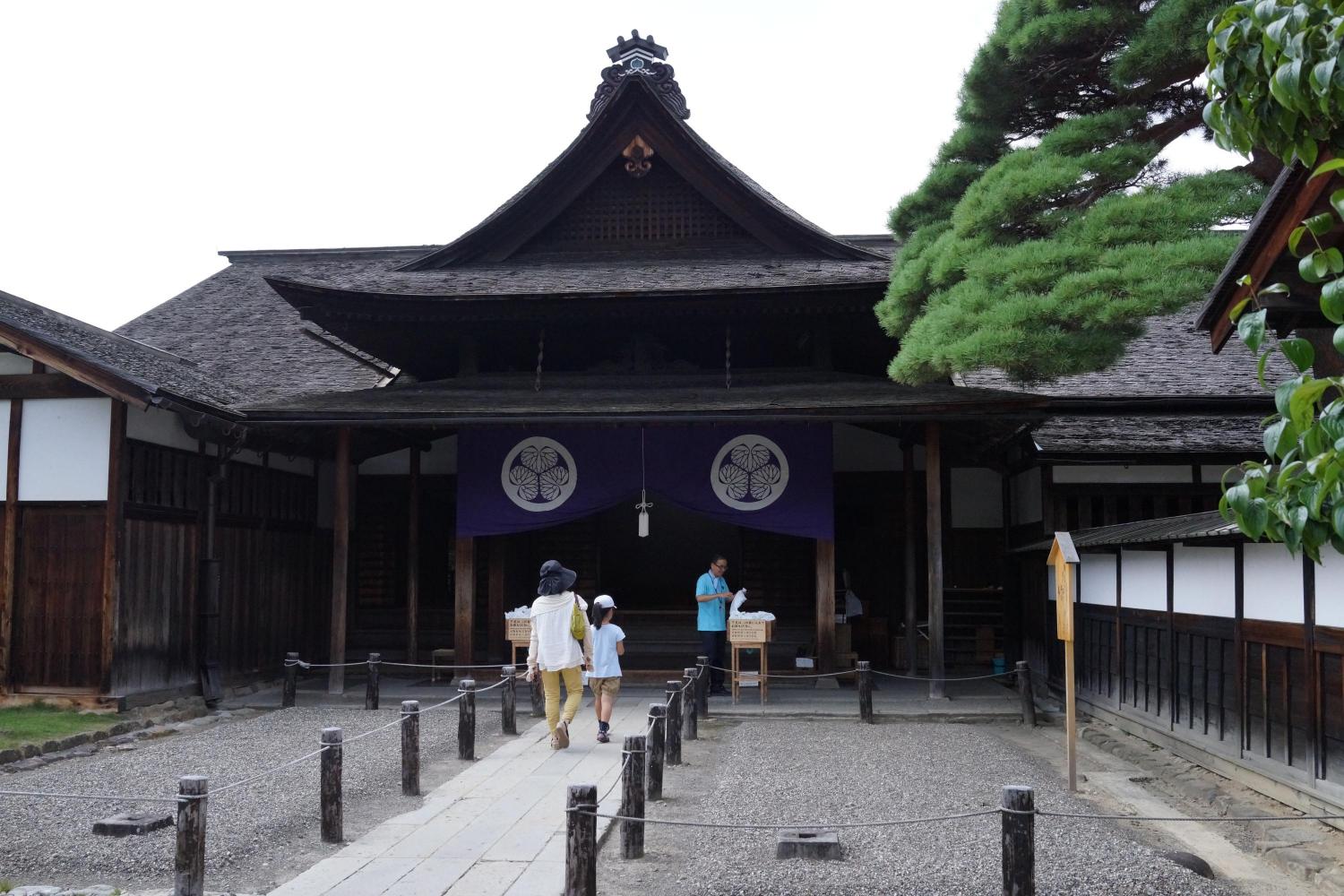 The entrance of Takayama Jinya 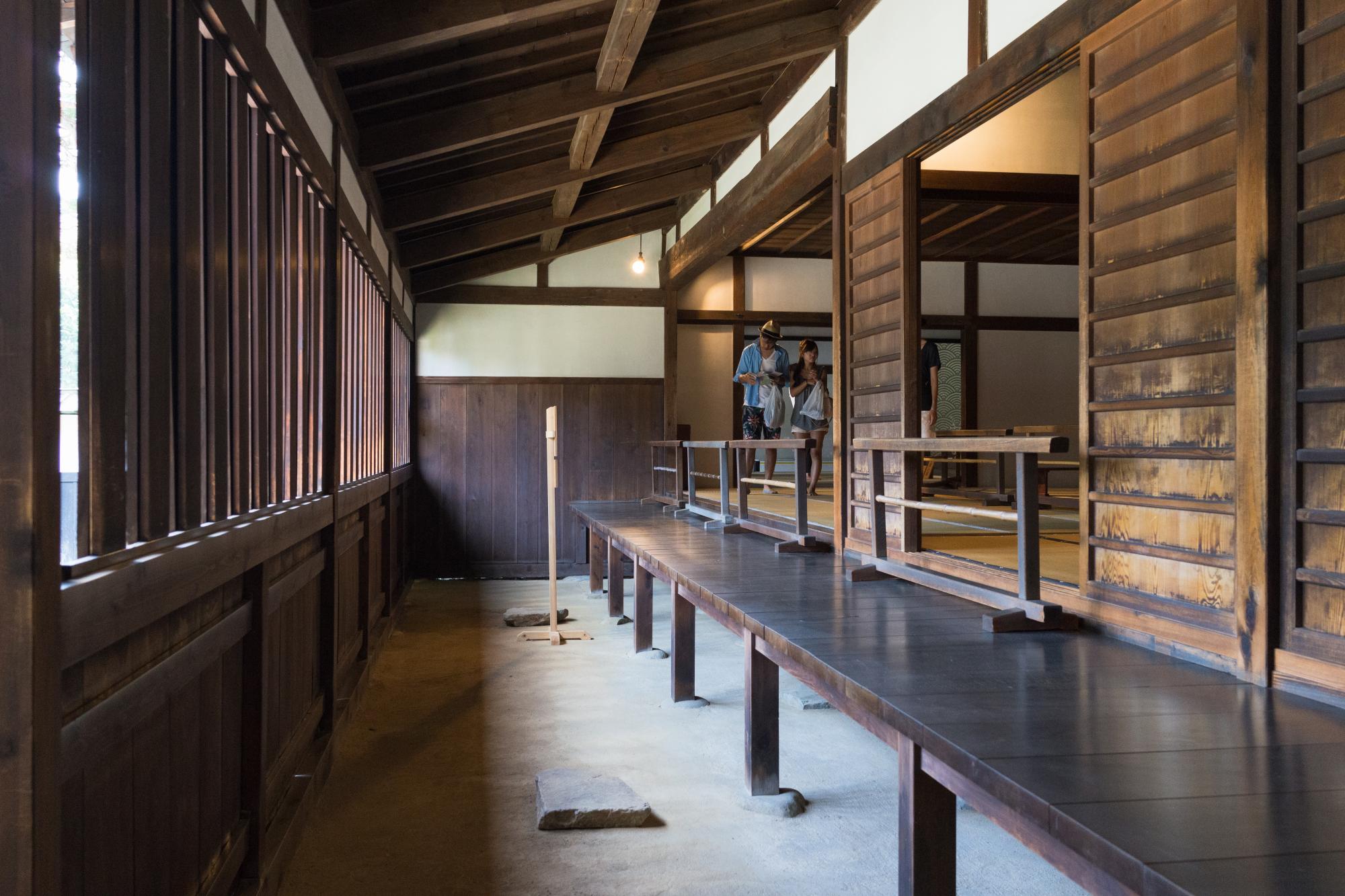 The inside of Takayama Jinya 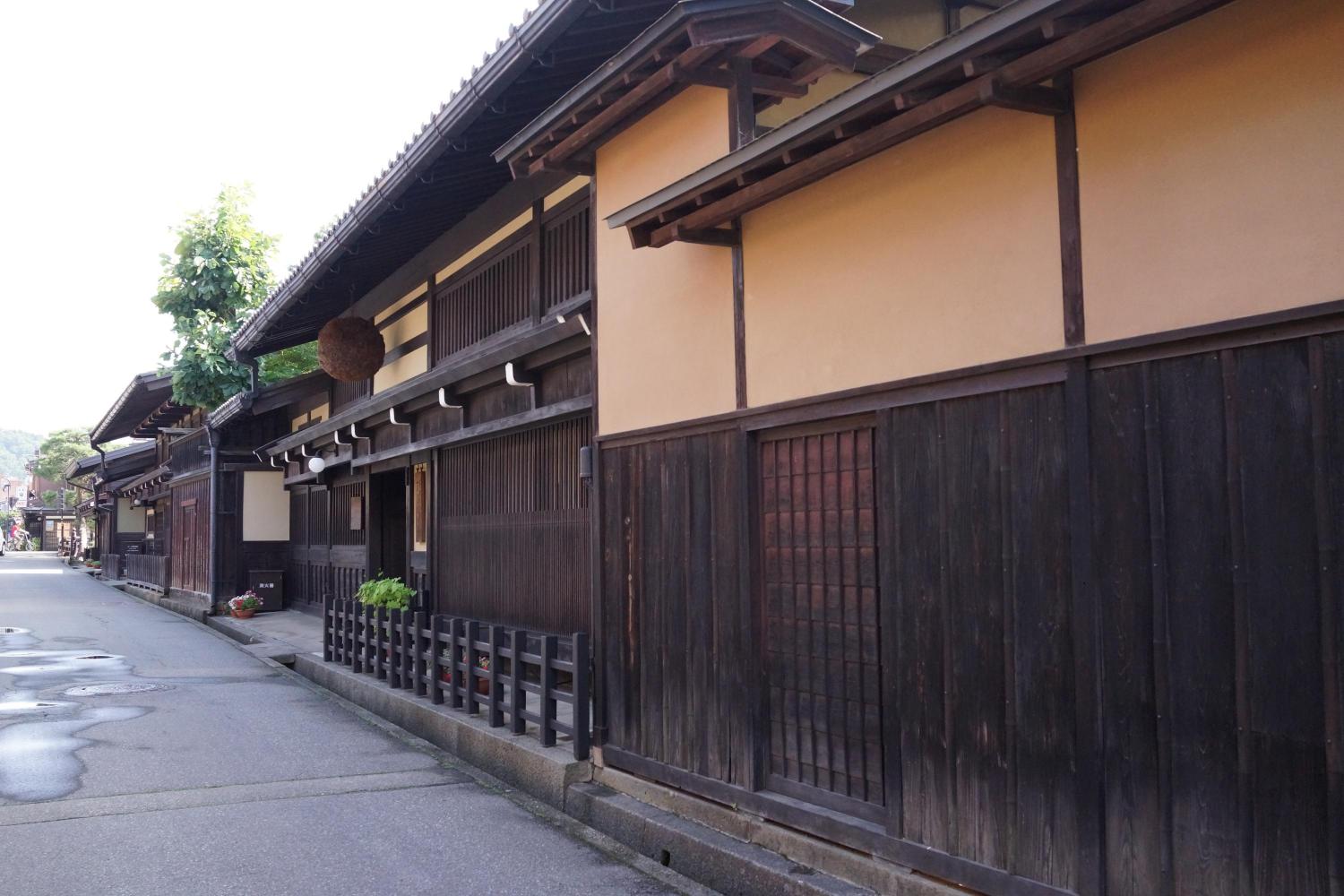 Kusakabe Mingeikan is the former residence of Kusakabe family who were merchants under government patronage in the Edo period, which was built in 1879. It was constructed in the style of the Edo period style. As a folk museum it is opened to the public today. You can know a life of a merchant’s family in that time. 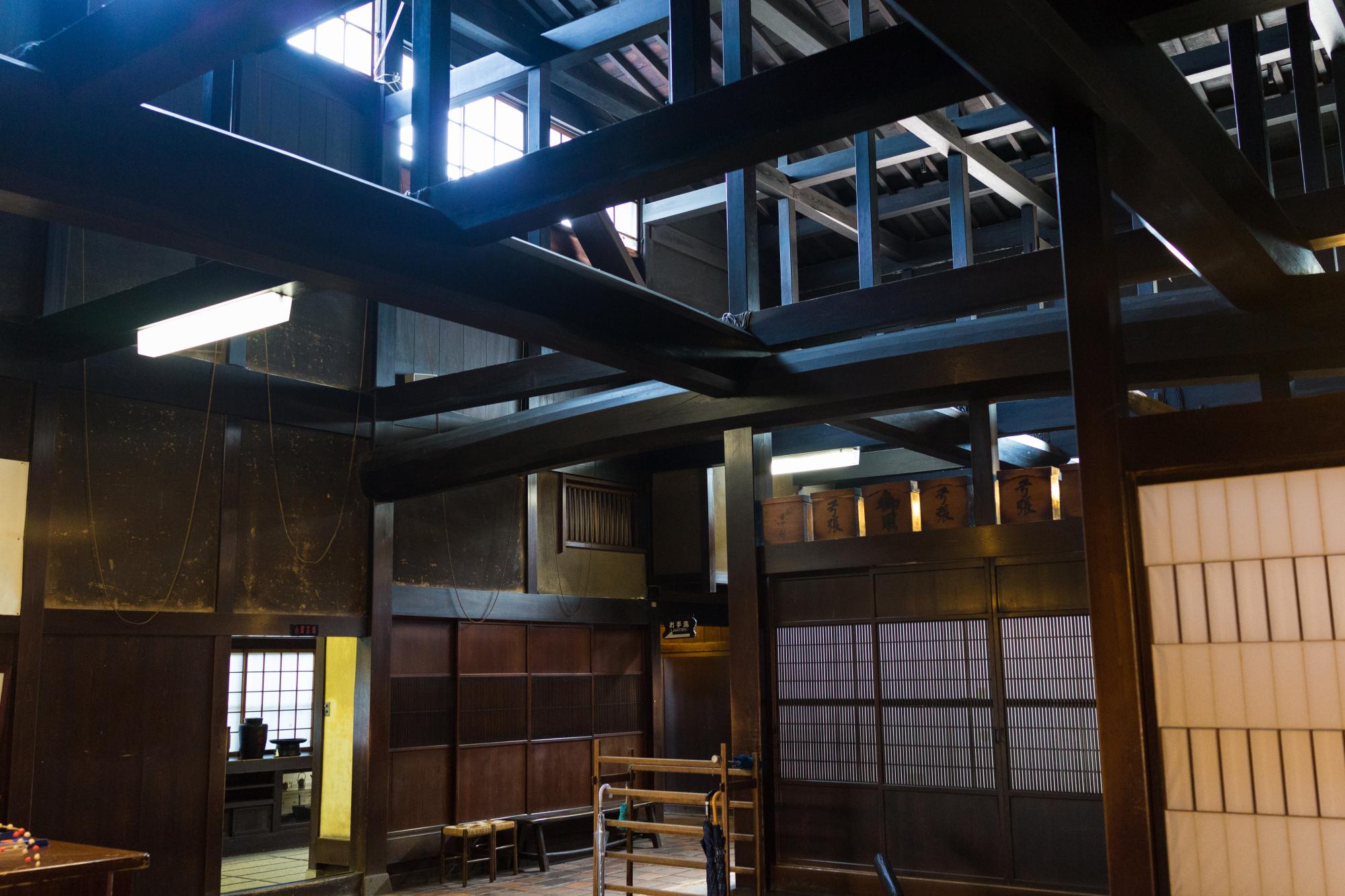 The inside of Kusakabe Mingeikan 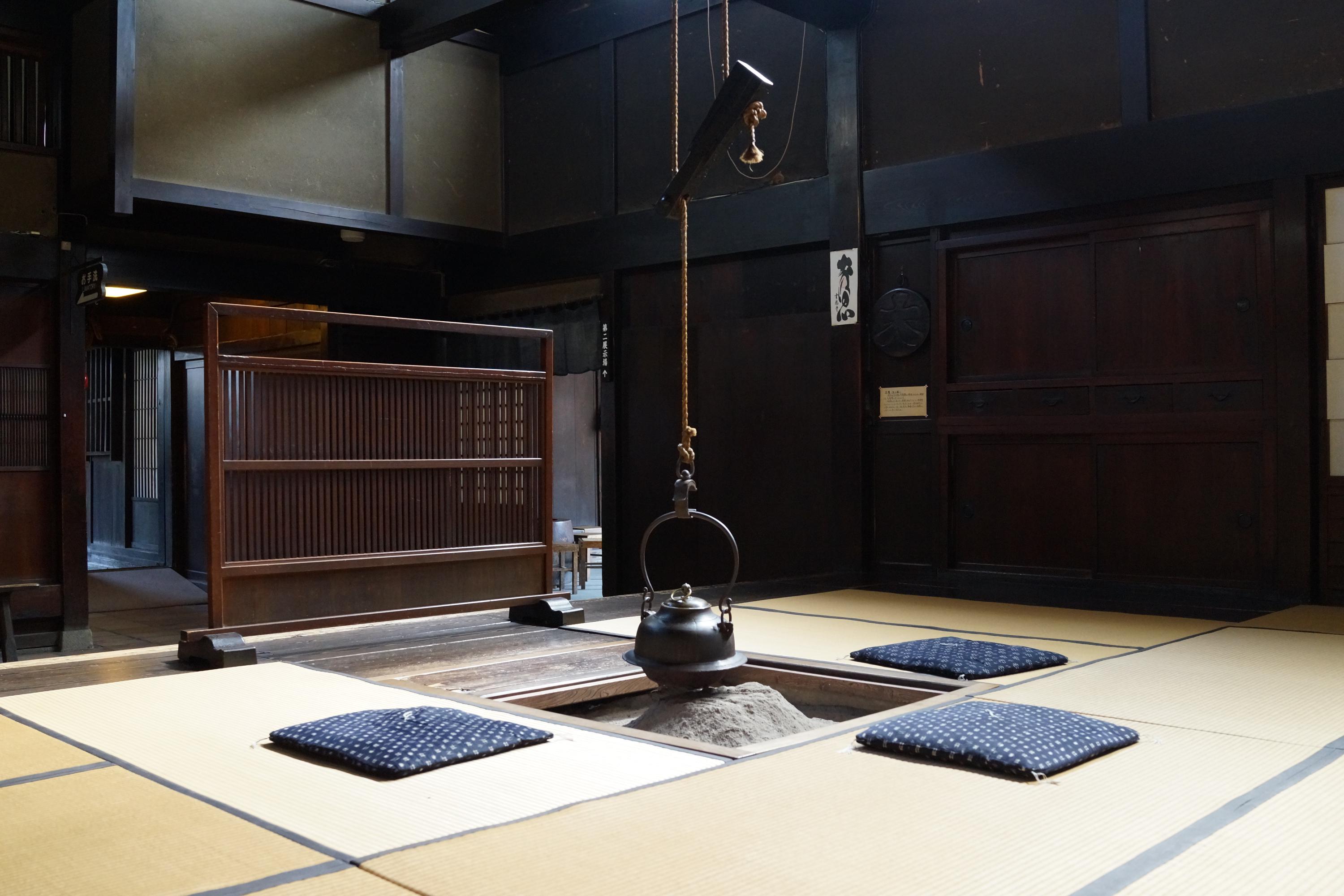 A Japanese fireplace in Kusakabe Mingeikan 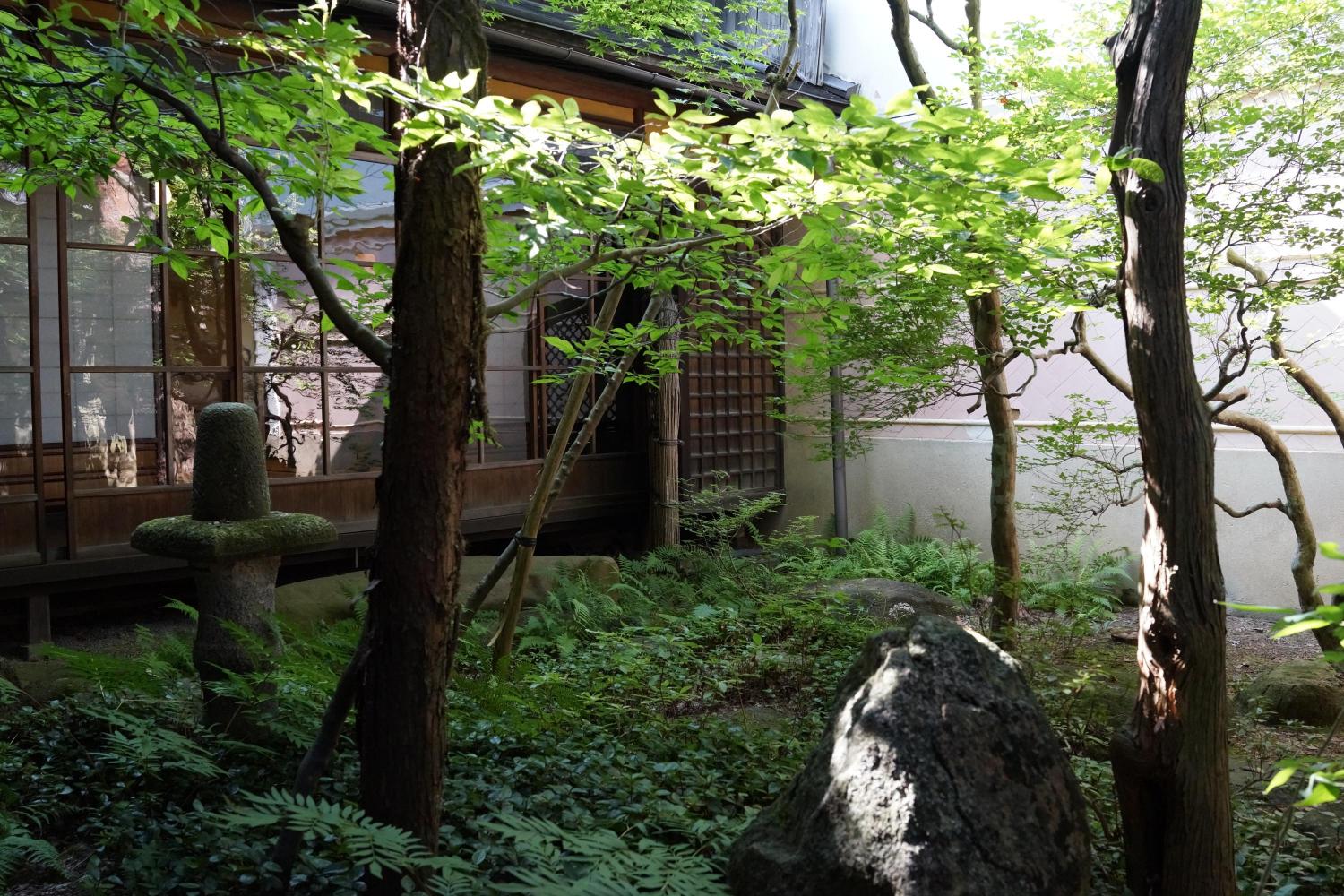 A courtyard of Kusakabe Mingeikan 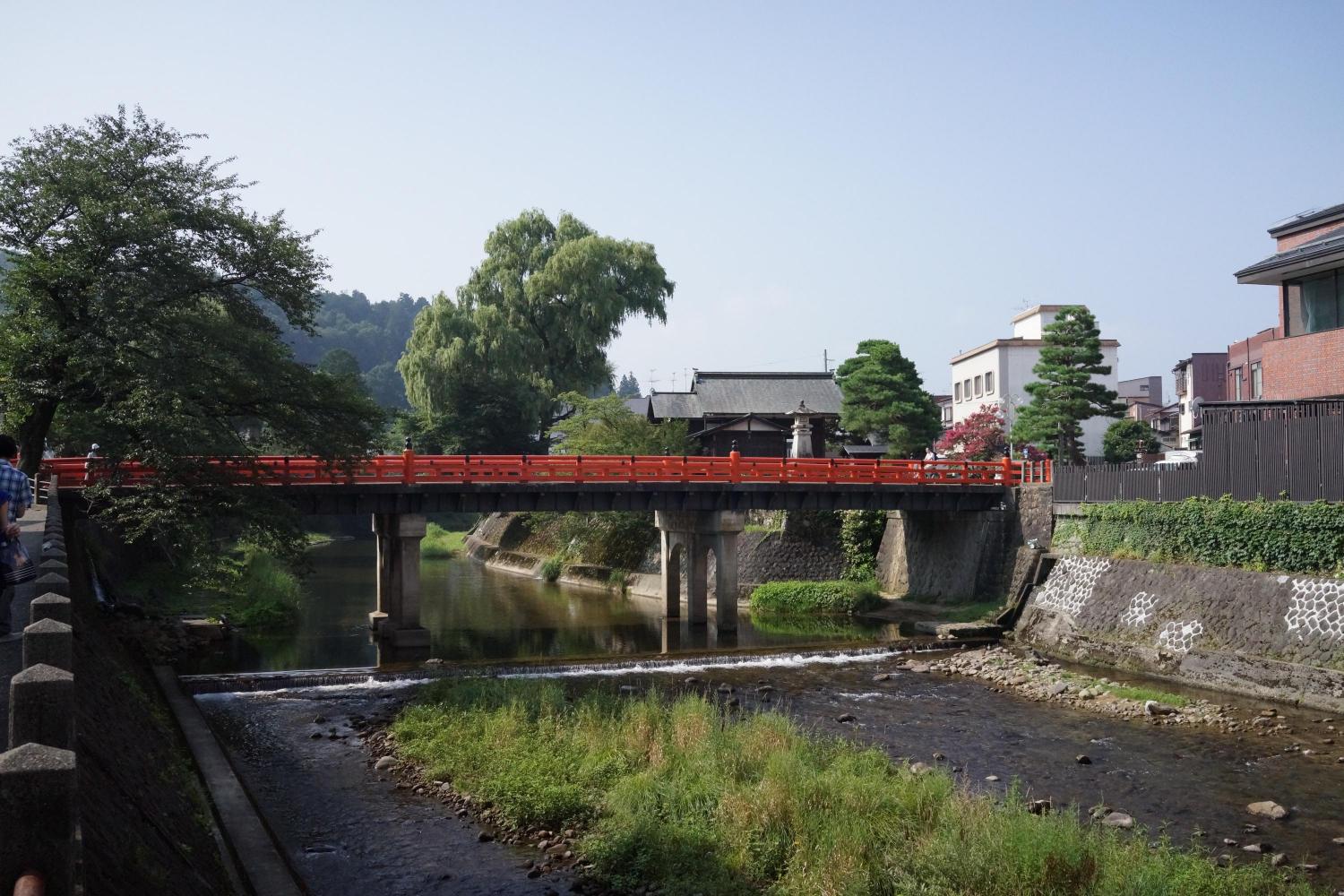 Nakabashi Bridge is a beautiful bridge whose vermilion color attracts notice. It is built over Miyagawa River running through the central part of Takayama. It is one of the most representative sightseeing spots in Takayama. 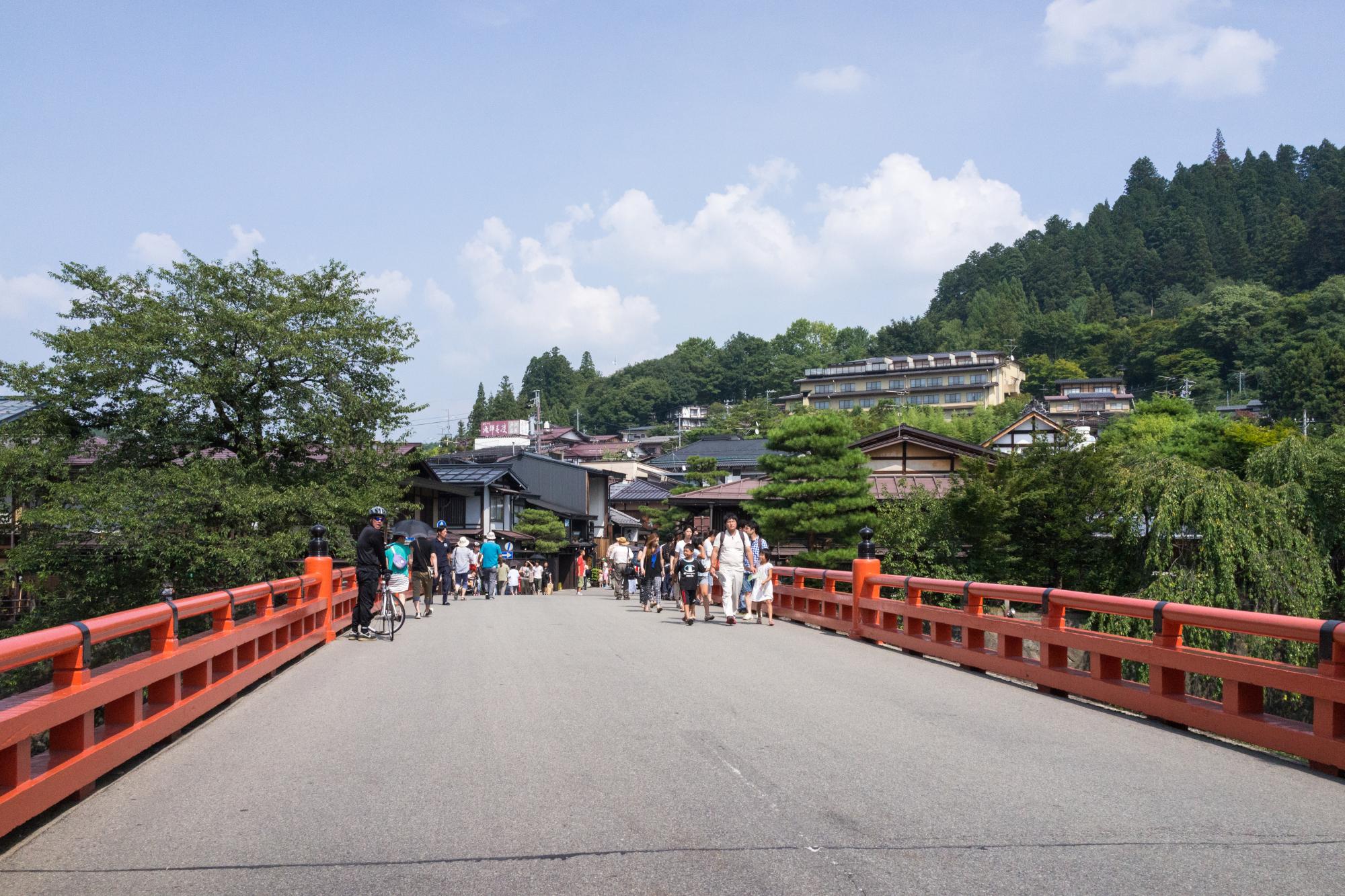 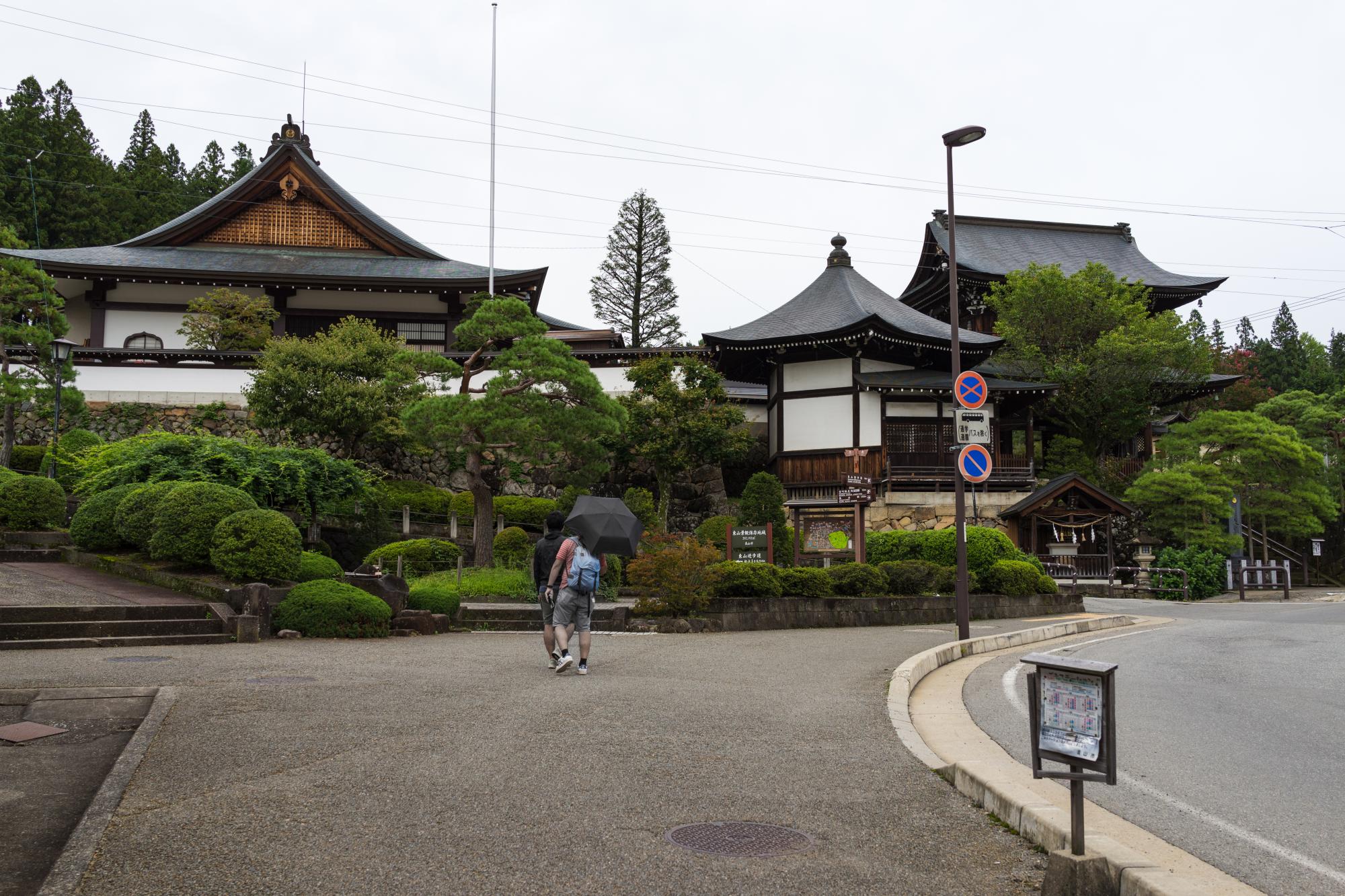 There are many historical temples in a hilly area on the east side of Takayama. The area was created after the model of Kyoto by Nagachika KANAMORI who loved Kyoto. Comparison with the Old Town that is crowded with a lot of people, it has a quiet atmosphere and you can enjoy a leisurely sightseeing. Connecting temples and expanding to Shiroyama Park, Higashiyama Walking Course with the total length of 5.5 km has rich green and is popular. 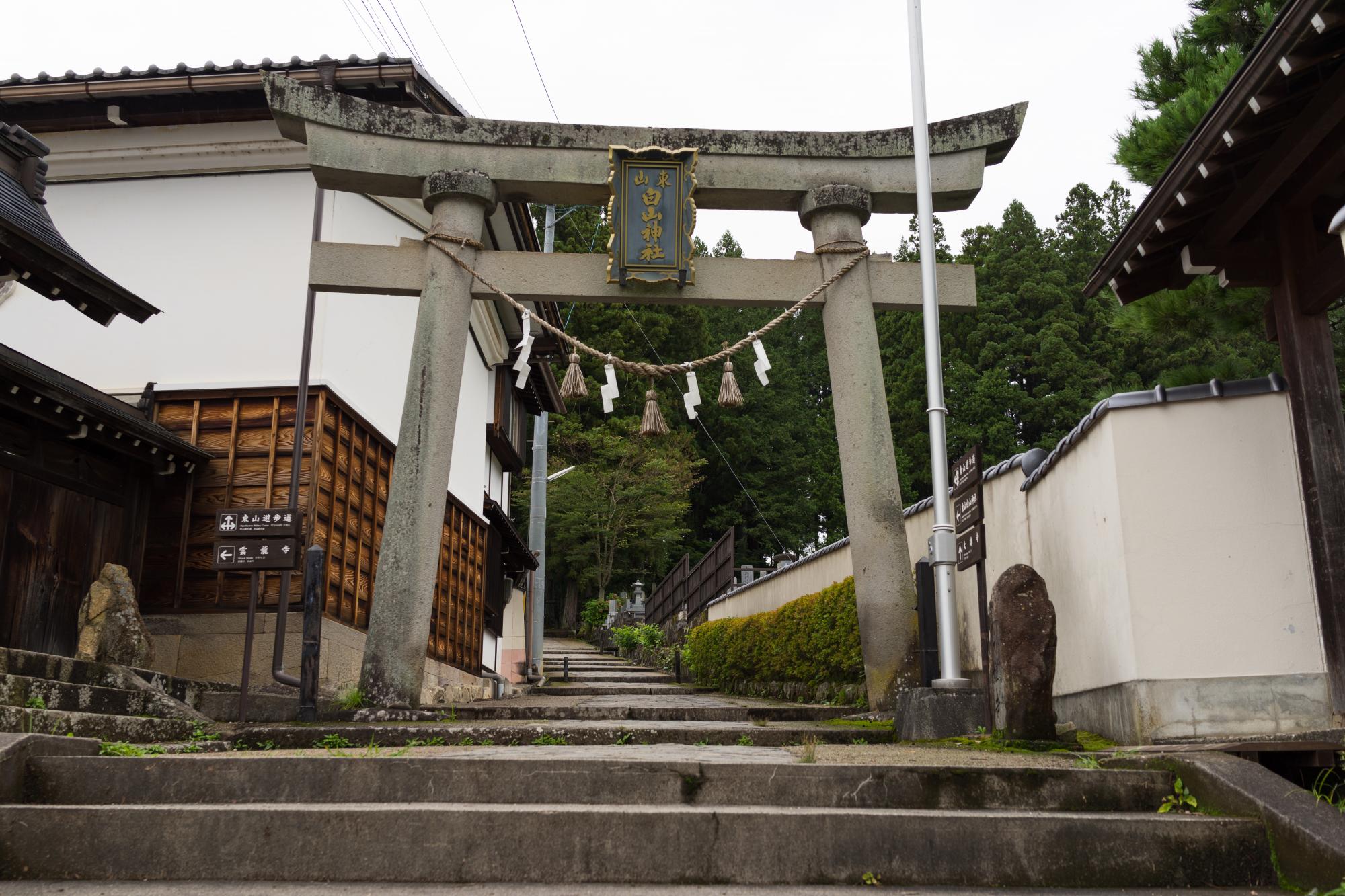 A torii (gateway) of Higashiyama-shirayama Shrine 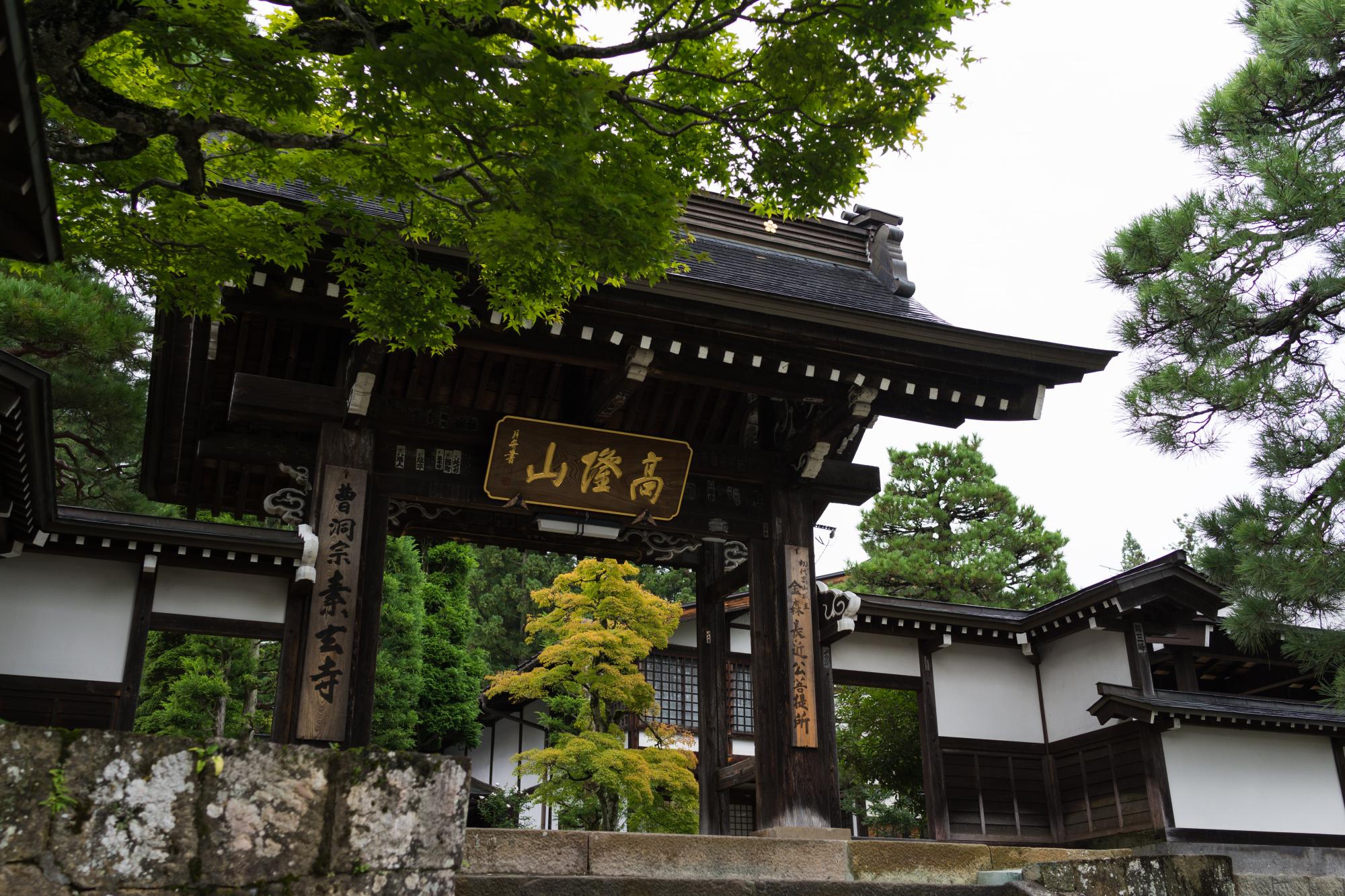 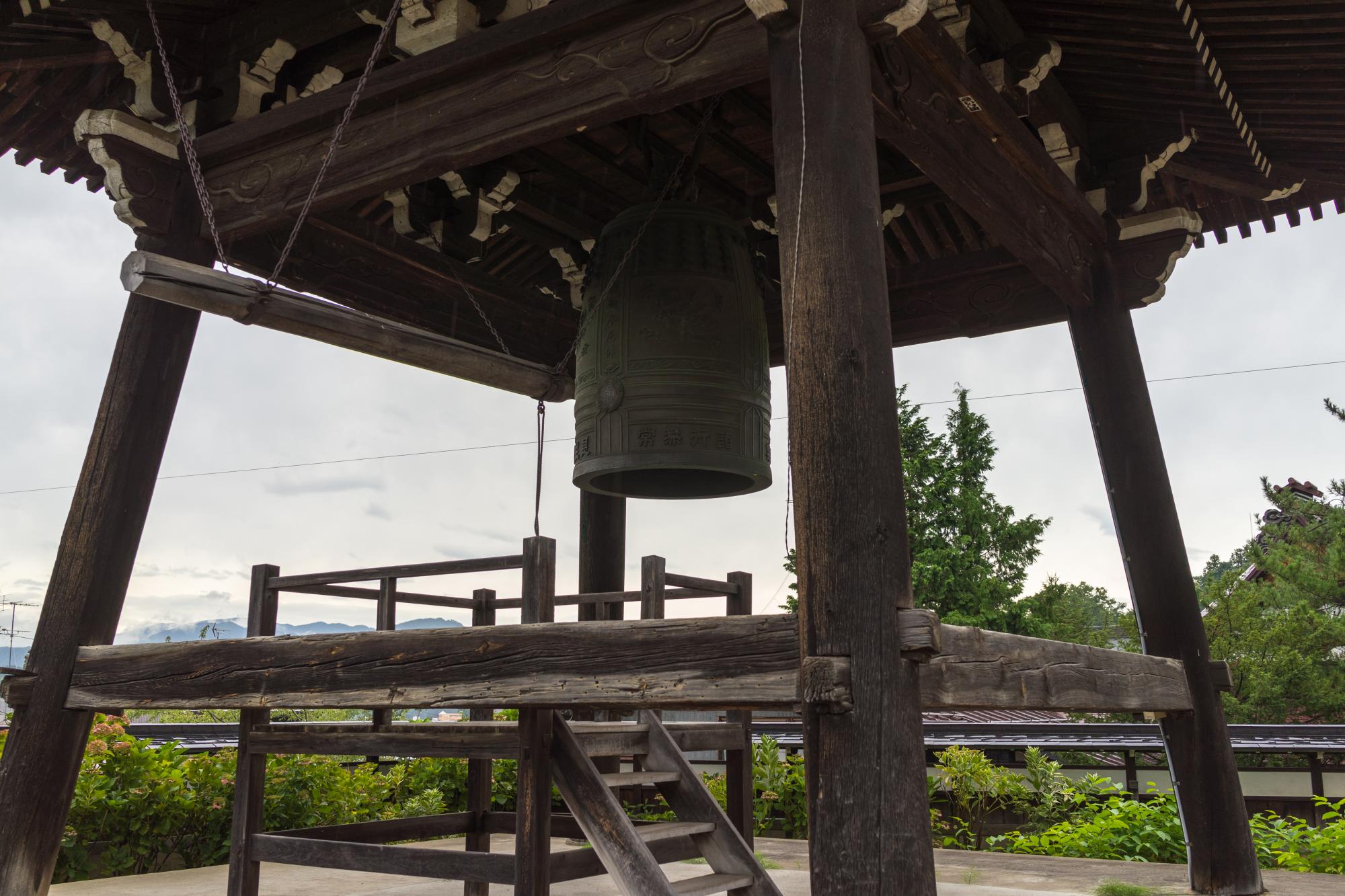 The bell of Sogenji Temple 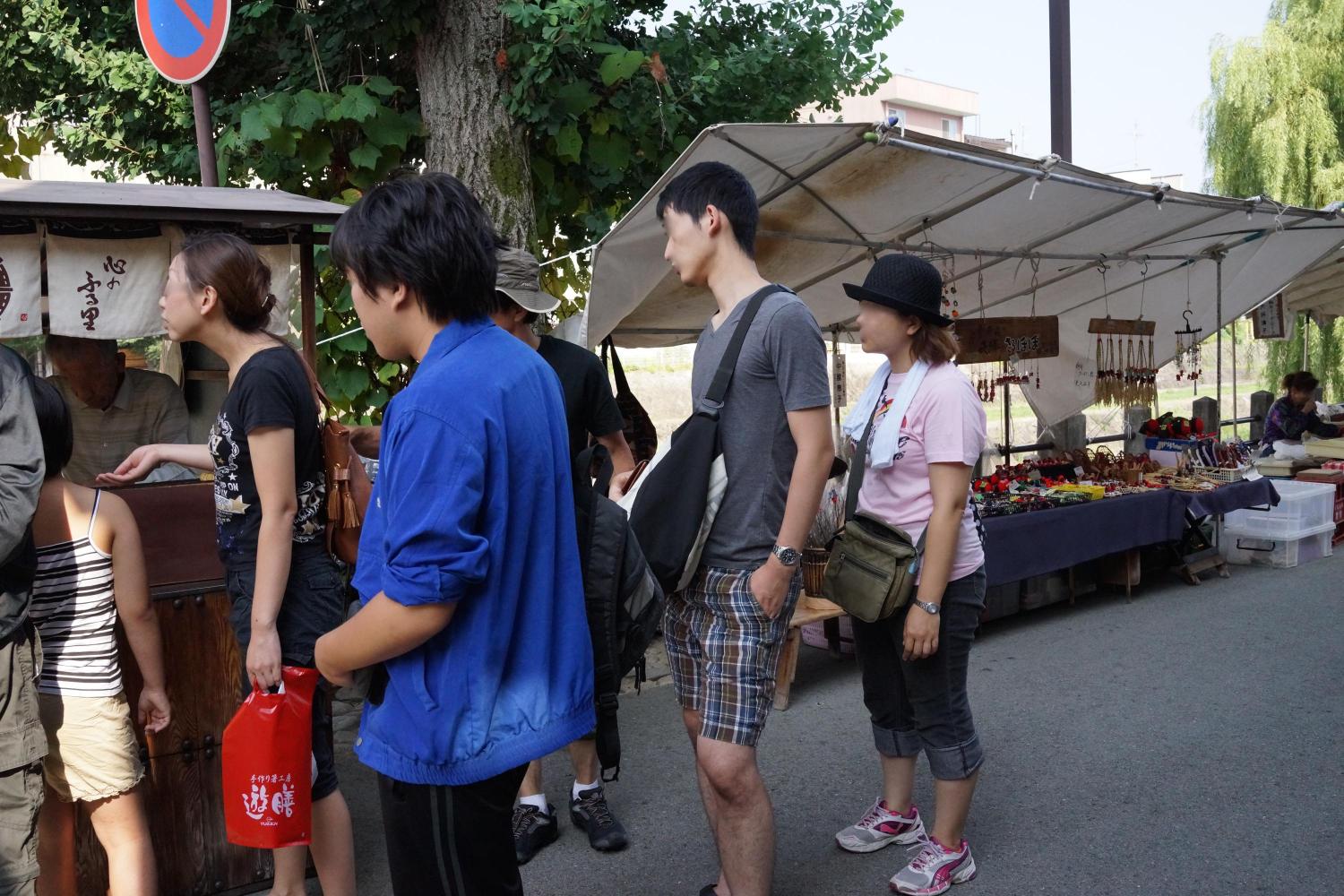 Takayama is a really beautiful town. I highly recommend you visit there.