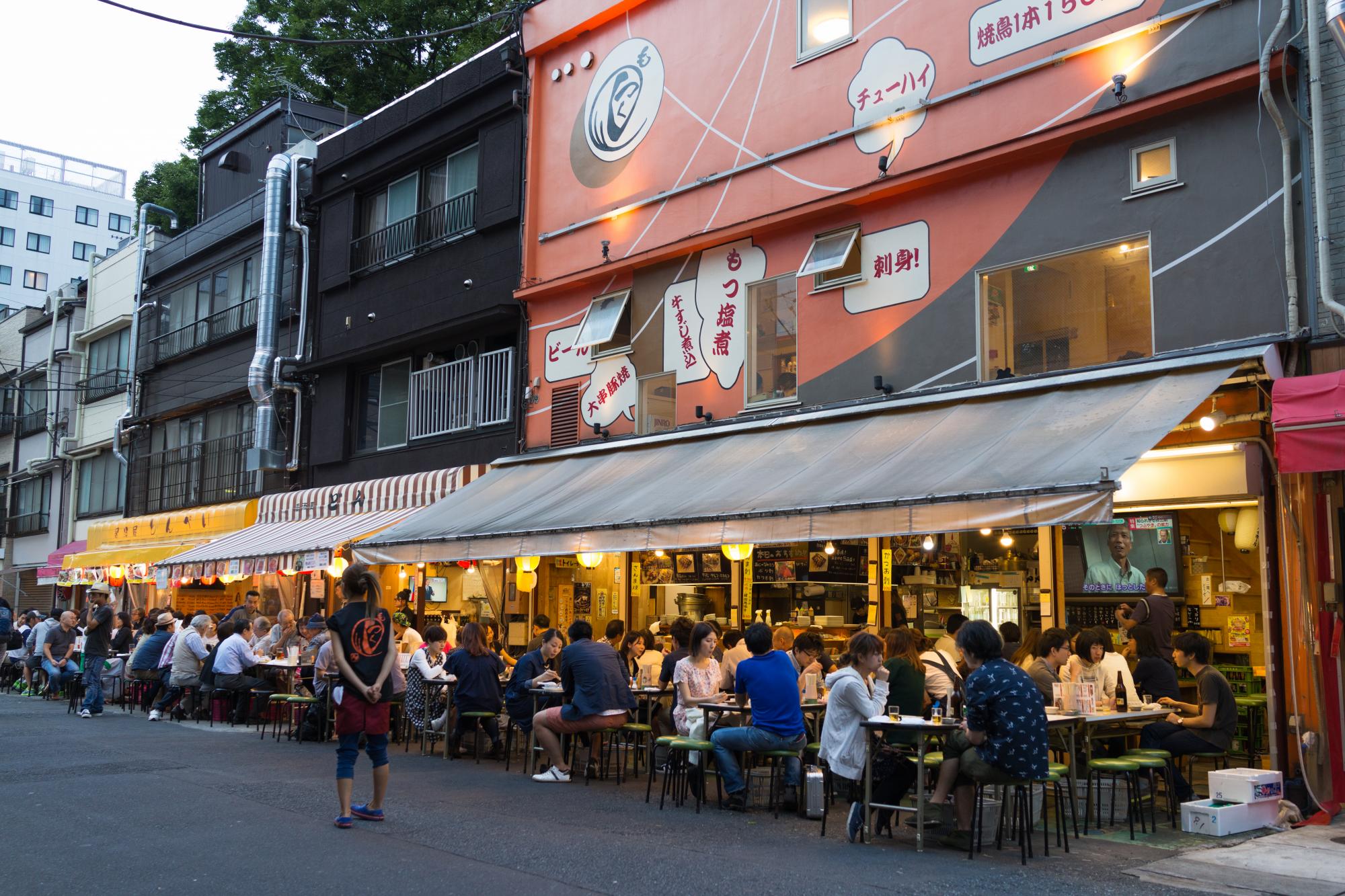 Located on the west of Sensoji Temple, Hoppy Street is the representative drinking district in Asakusa, which is about 80 meters. There are table seats on the street and you can enjoy alcohol reasonably in open space. Many Izakaya (Japanese taverns) open from the daytime and the street is always crowded with many people. Hoppy is beer flavor alcohol, which is drunk by being mixed with shochu (distilled spirit). Hoppy is popular because it is cheap and delicious. There is an off-course betting facility of horse race near the street and many Izakaya serve hoppy for those who lose a race to be able to drink alcohol reasonably. That is why the street is called Hoppy Street. Today many young people and foreign tourists visit there. In addition, the street is also called Nikomi Street and you can enjoy Nikomi (boiled food) at many Izakaya. Their menus are rich with a variety of Hormone-yaki (a Japanese dish consisting of broiled internal organ of pigs, cows and poultry). Not only alcohols but also foods are reasonable and cheap, so you can enjoy a popular culture there. 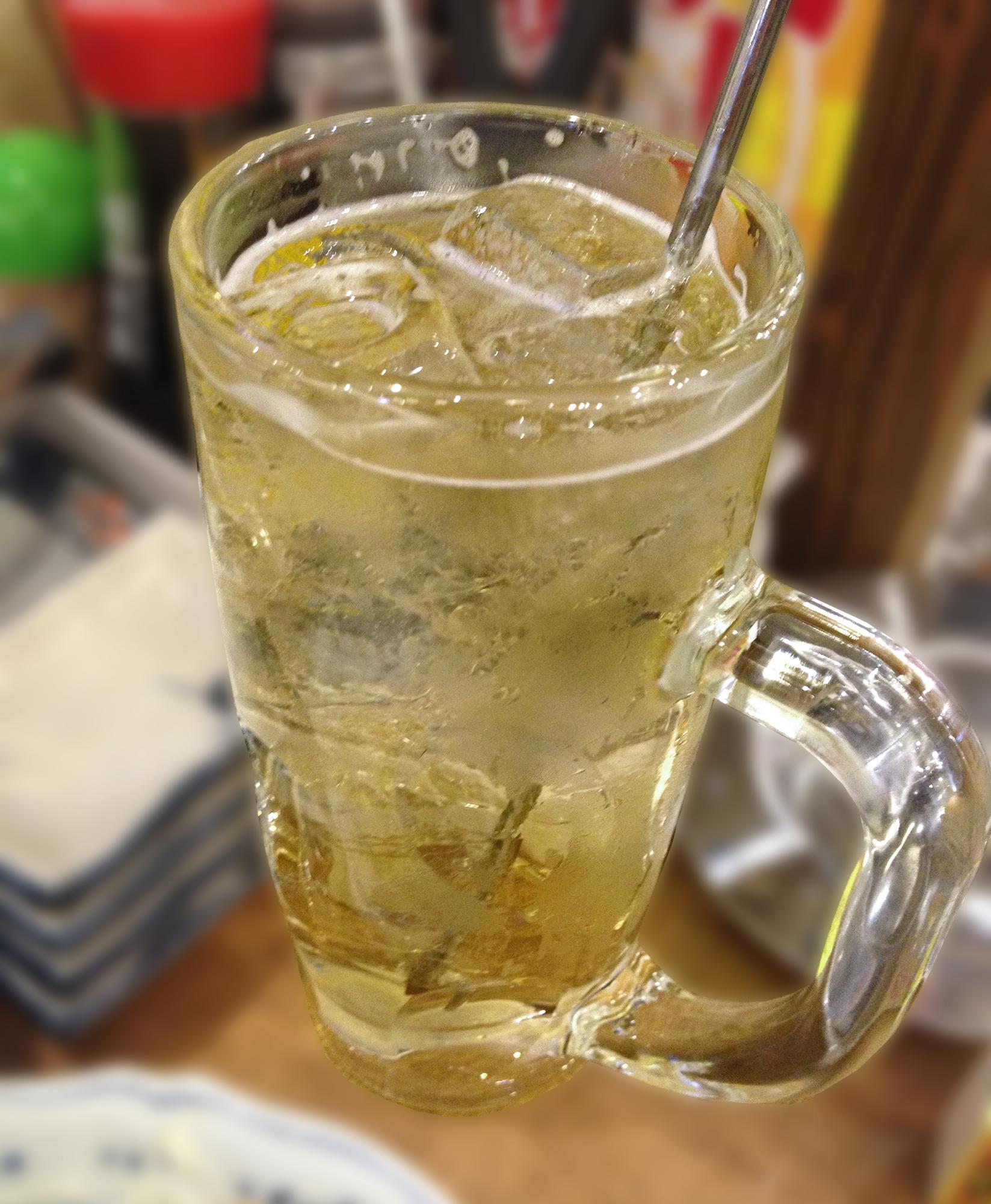 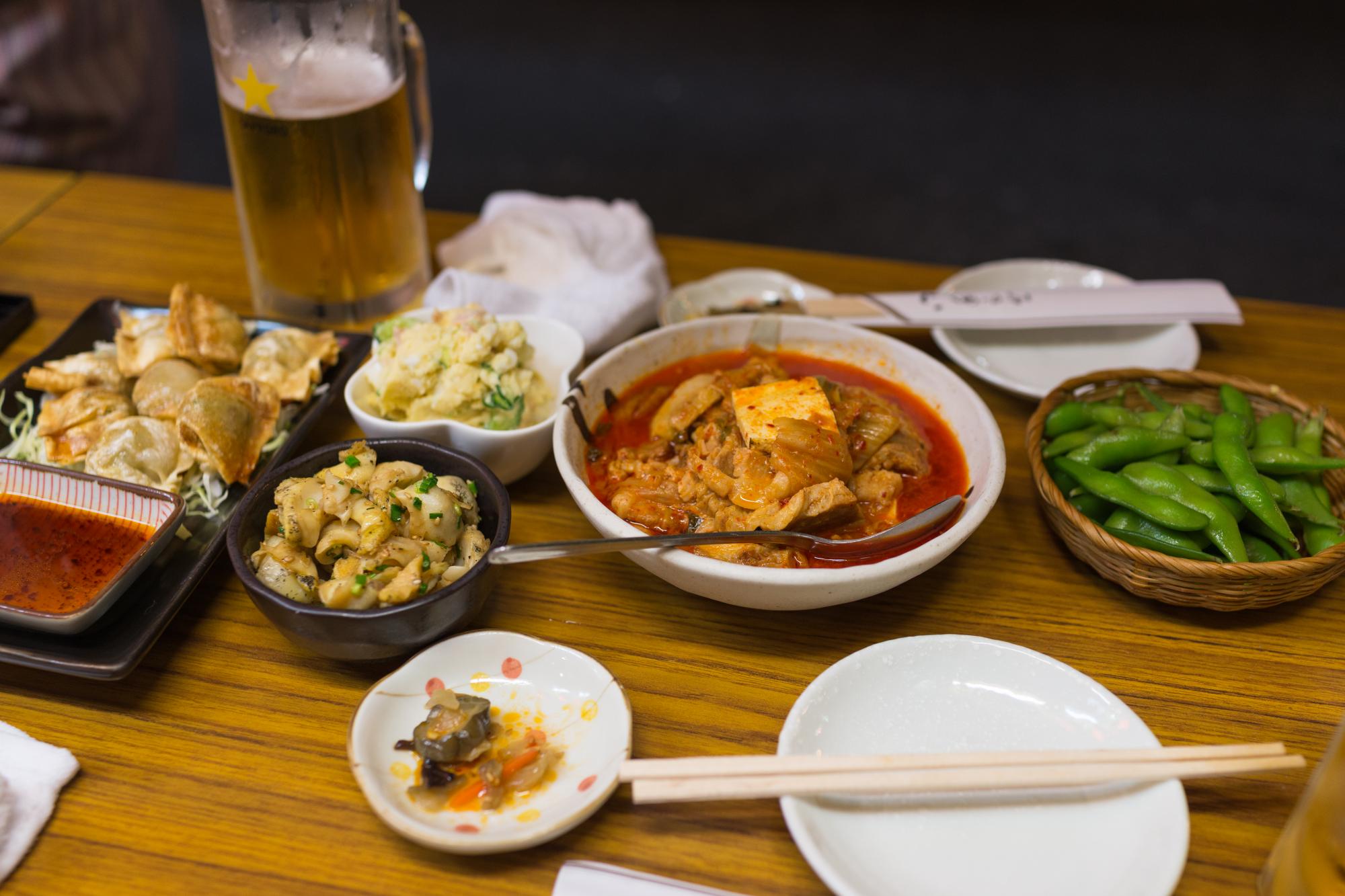 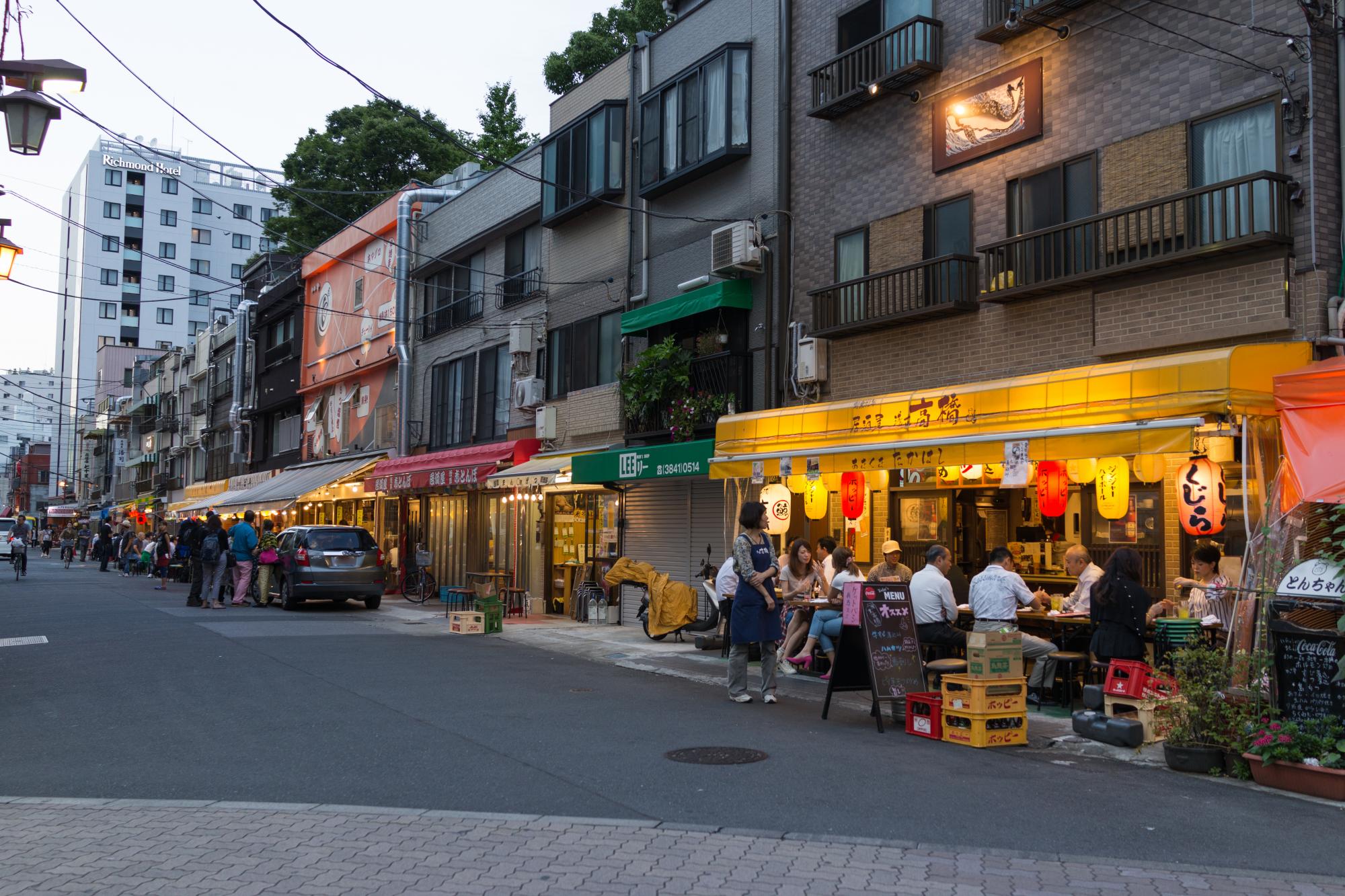 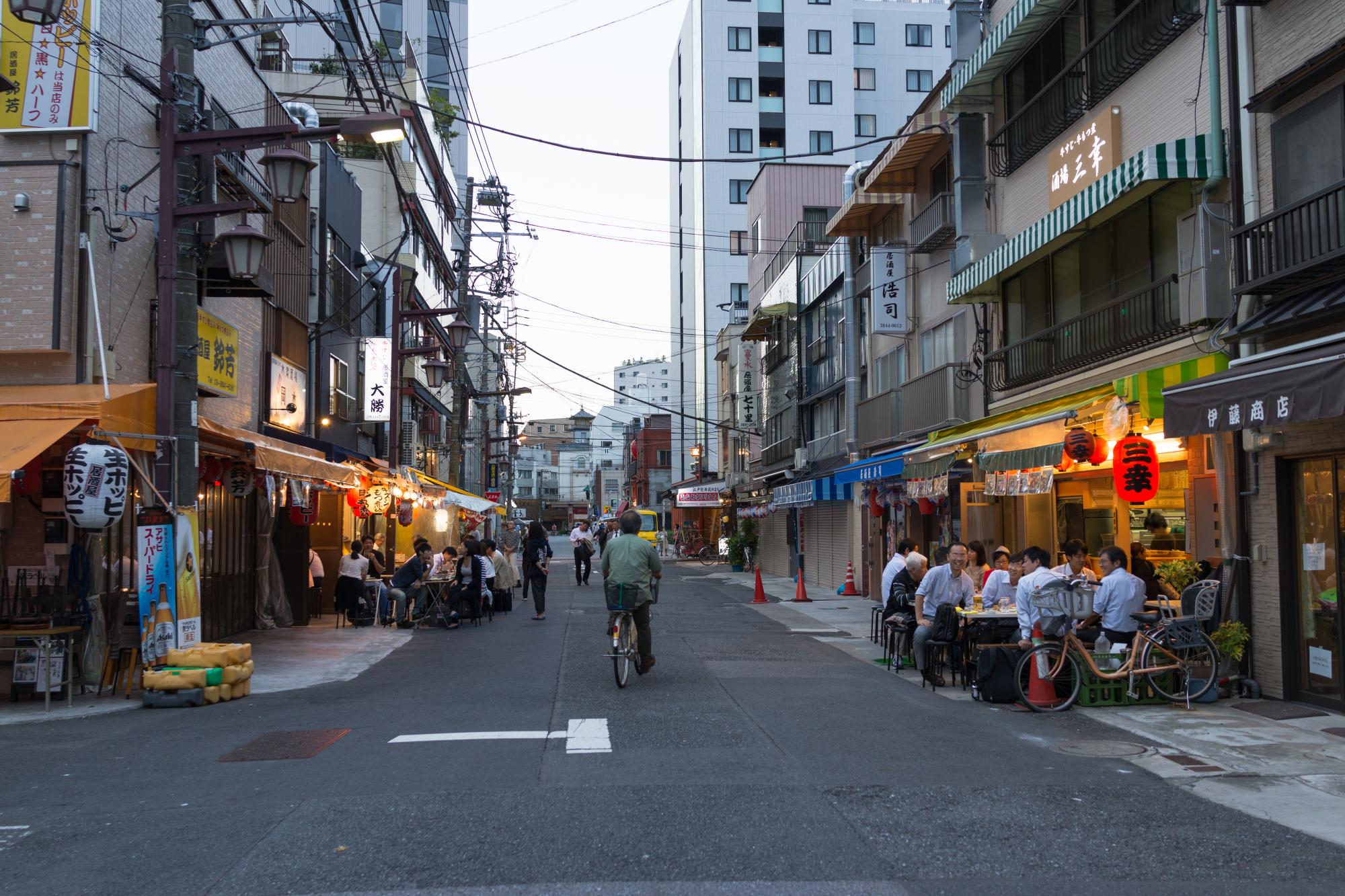 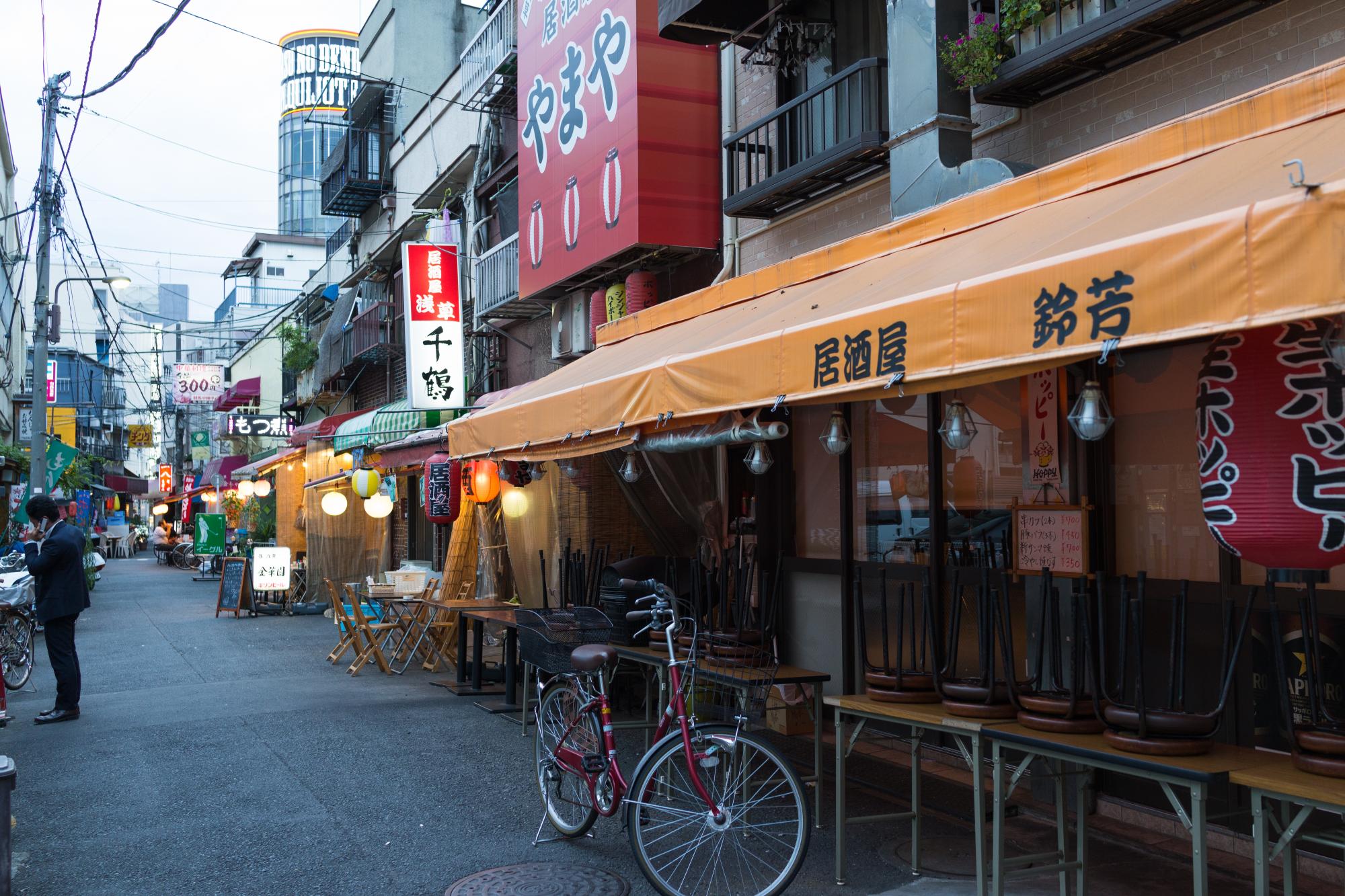 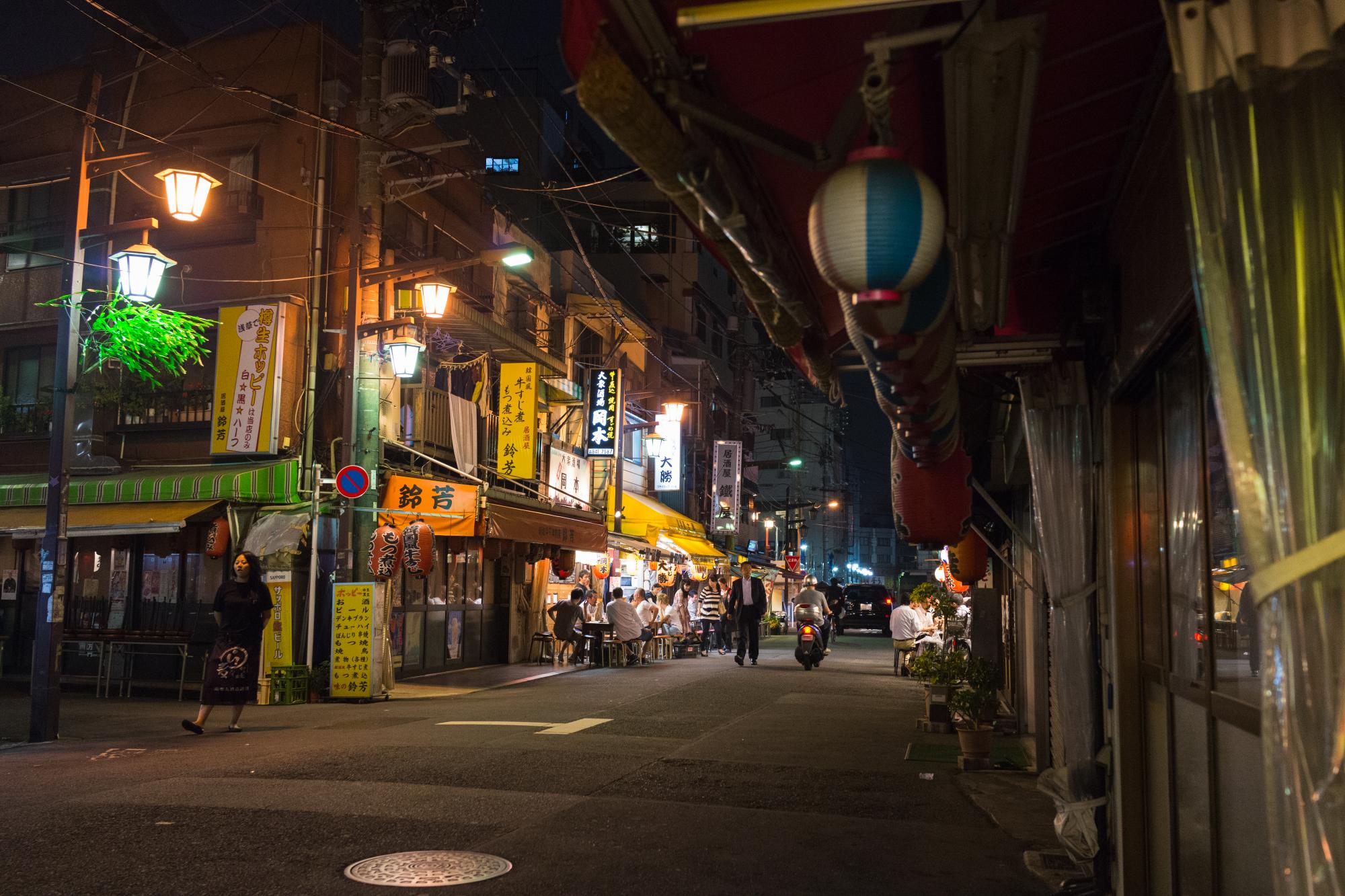