Matsuchiyama-Shoden, a temple with a lot of green and a calm atmosphere

Matsuchiyama-Shoden is a temple on a small hill that is located to the northeast of Asakusa station and along the Sumida River. It is a place with a lot of green that has a quiet atmosphere and you can feel relaxed there. There is also a beautiful Japanese garden in the precincts. Matsuchiyama-Shoden is a sub-temple of Sensoji Temple and the formal name is Honryuin It is said that the hill suddenly appeared and was guarded by a dragon in 595. The temple is established in 601 and it is also said that when people suffered from unseasonable weather Juichimen Kannon (Eleven-faced Goddess of Mercy) appeared as Kankiten (a god of joy; Ganesh in the Buddhist pantheon) in this world and saved people. Radishes with a forked root and money pouches that you often see in the precincts directly represent the benefits of the temple. The radish means a good match and matrimonial harmony and the money pouch means a thriving business. Matsuchiyama-Shoden is popular as a temple of matchmaking especially. In the Edo period (1603 - 1868) the site was known for one of the representative place for superb views in Edo (present-day Tokyo) and there are many Ukiyoe the subject of which is taken from the site. Matsuchiyama-Shoden is surrounded by greenery and has a calm atmosphere. You can get to the temple in 10 minutes on foot, so I highly recommend you go there if you visit Asakusa! 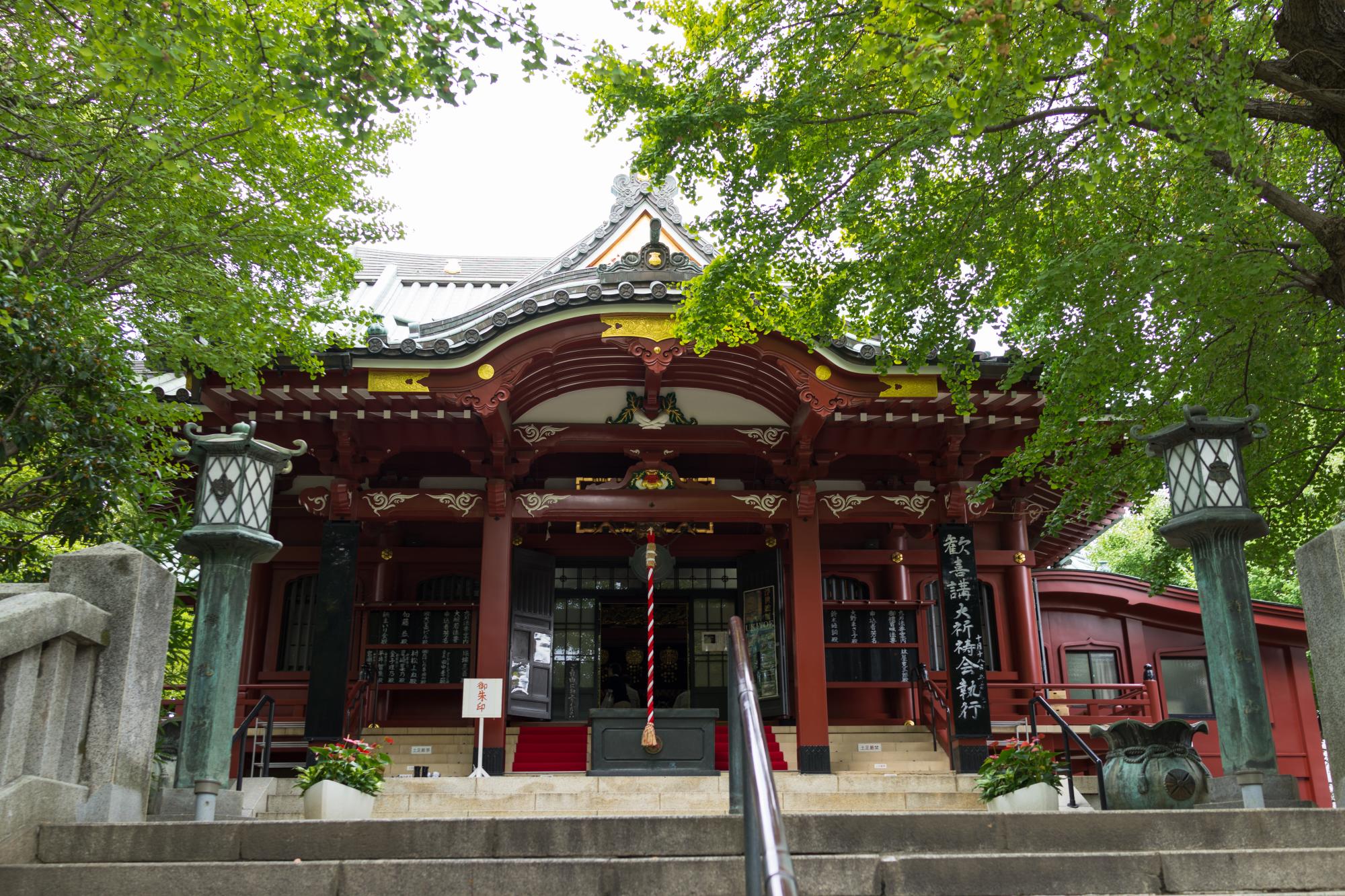 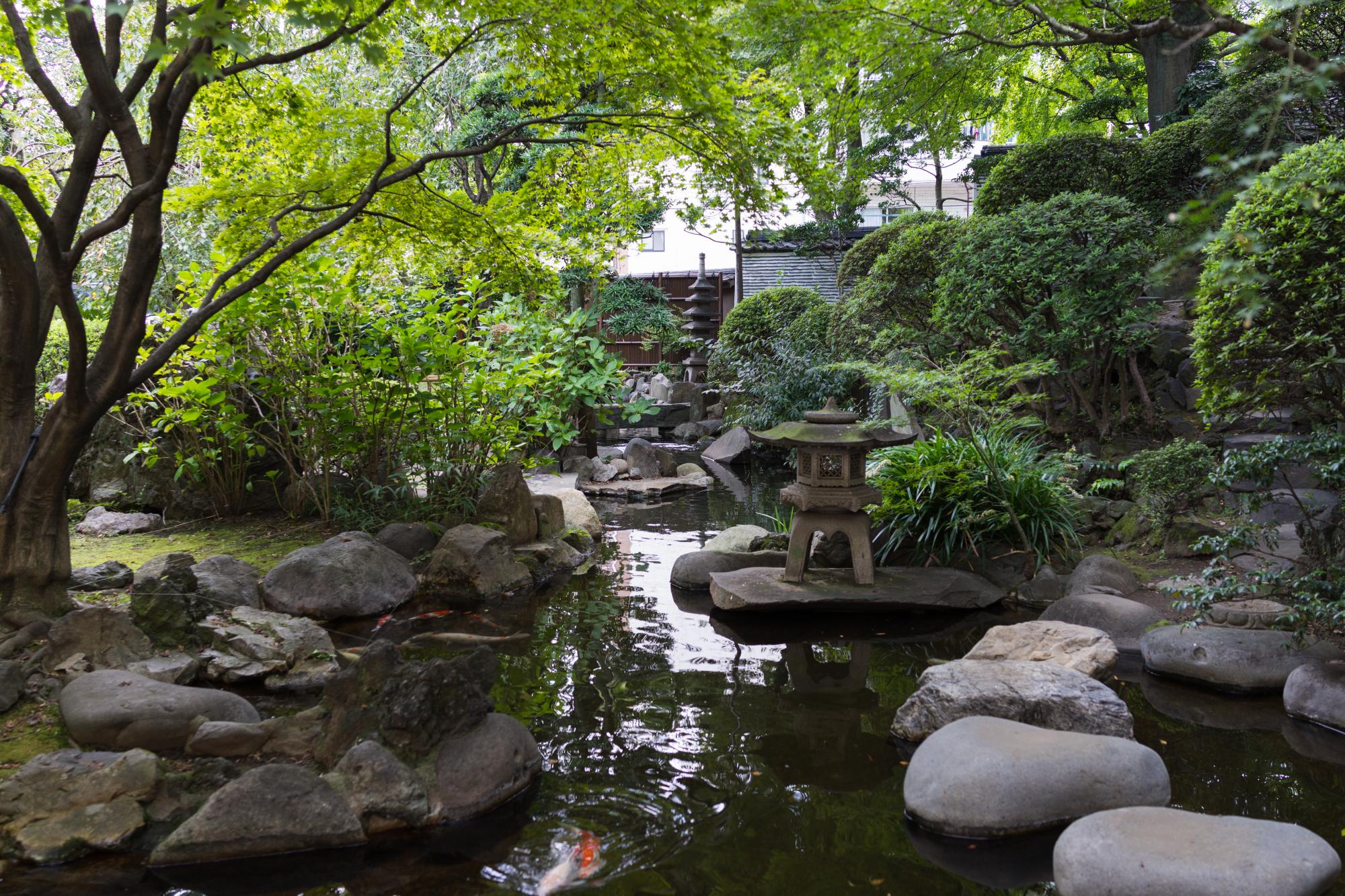 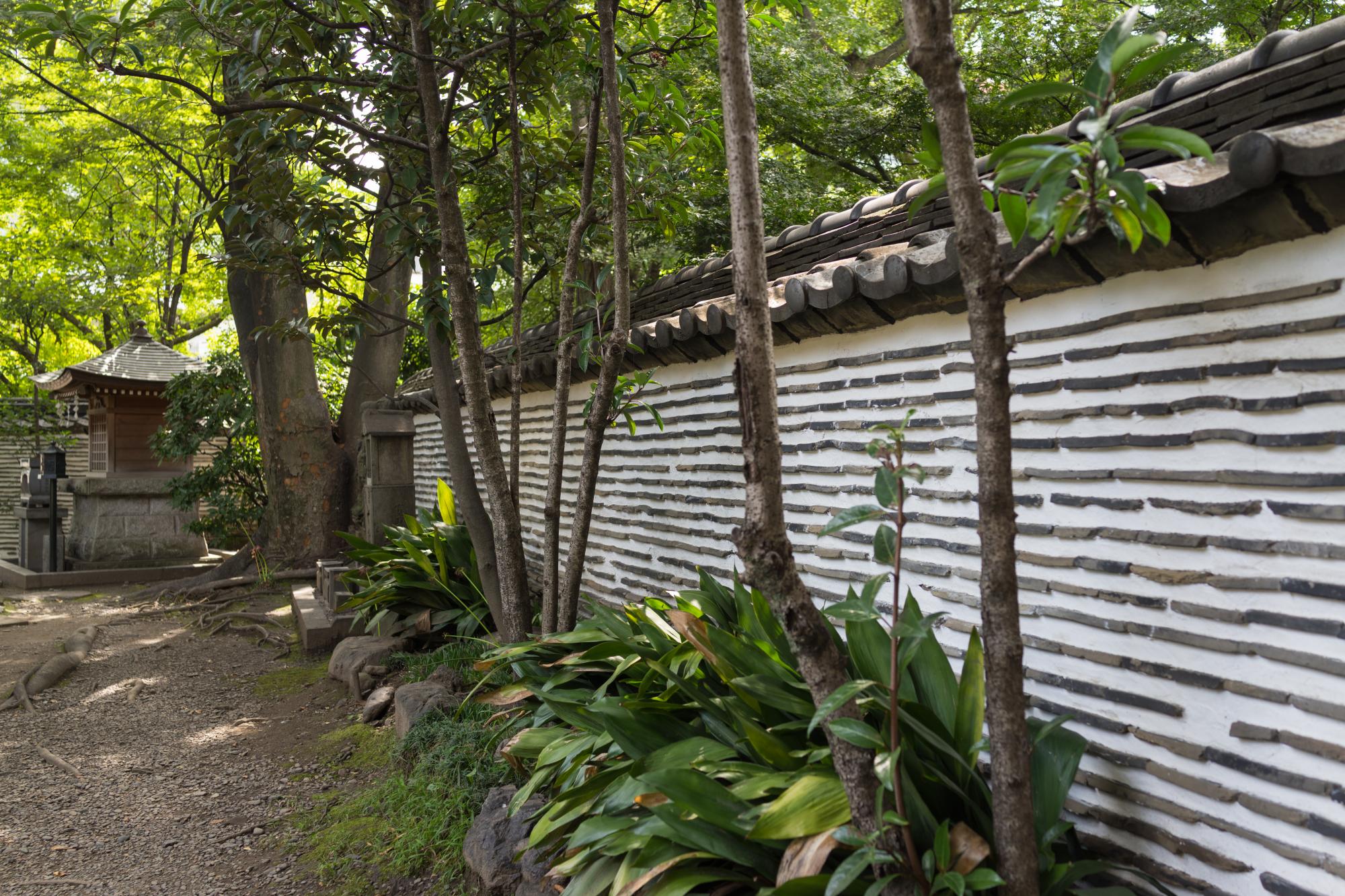 Tsuijibei (a mud wall with a roof) 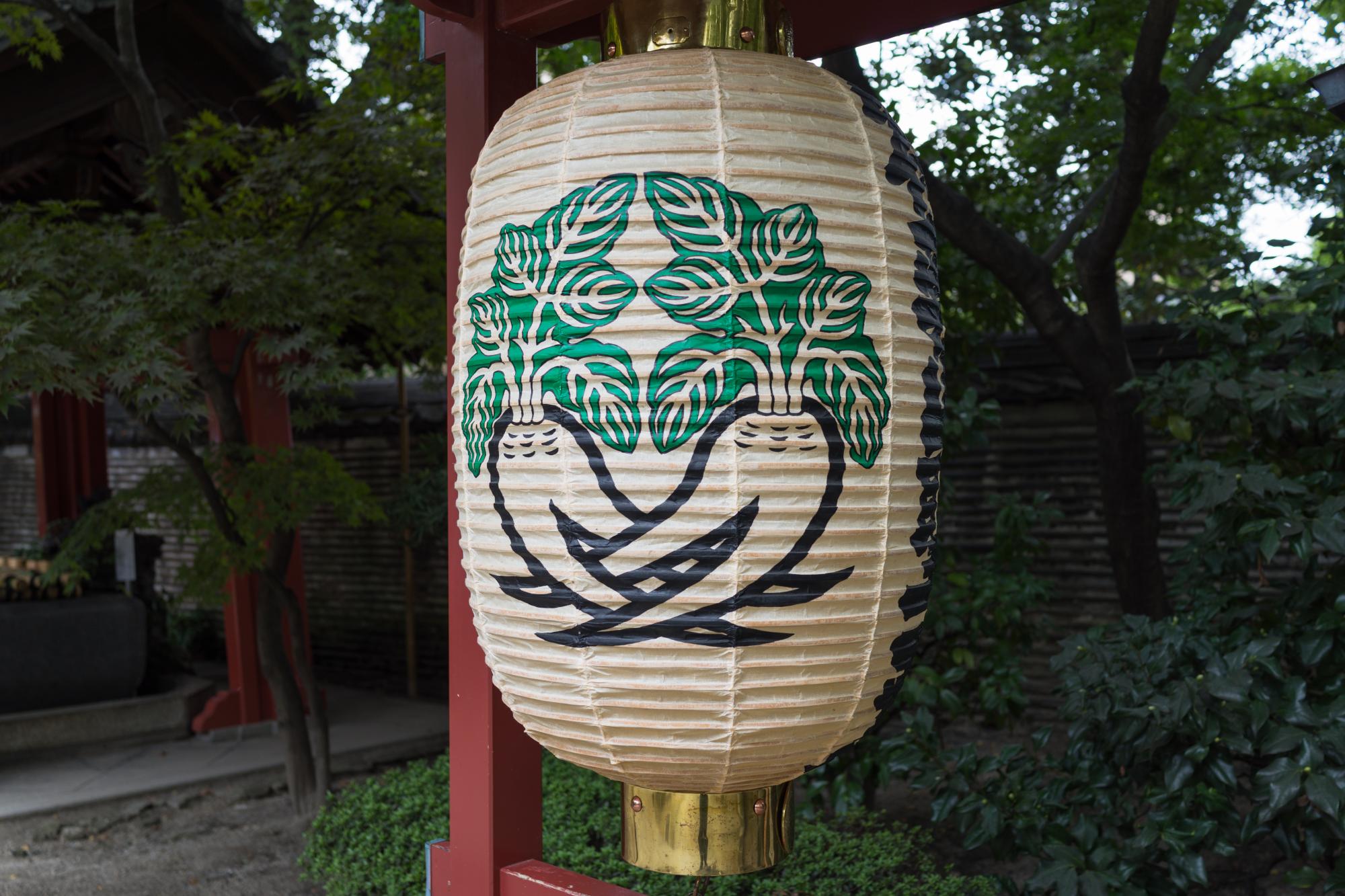 Radishes painted on a lantern 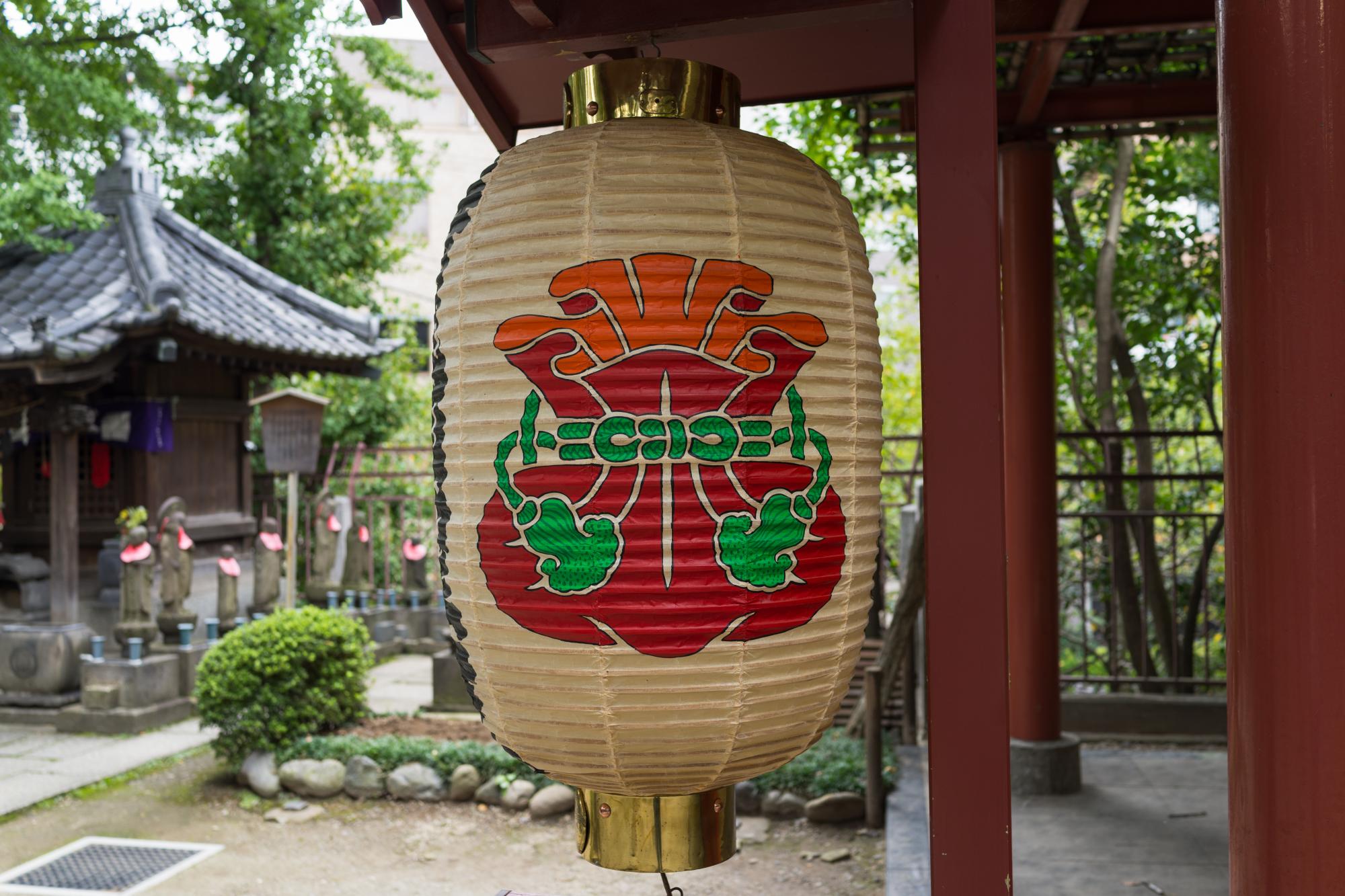 A money pouch painted on a lantern 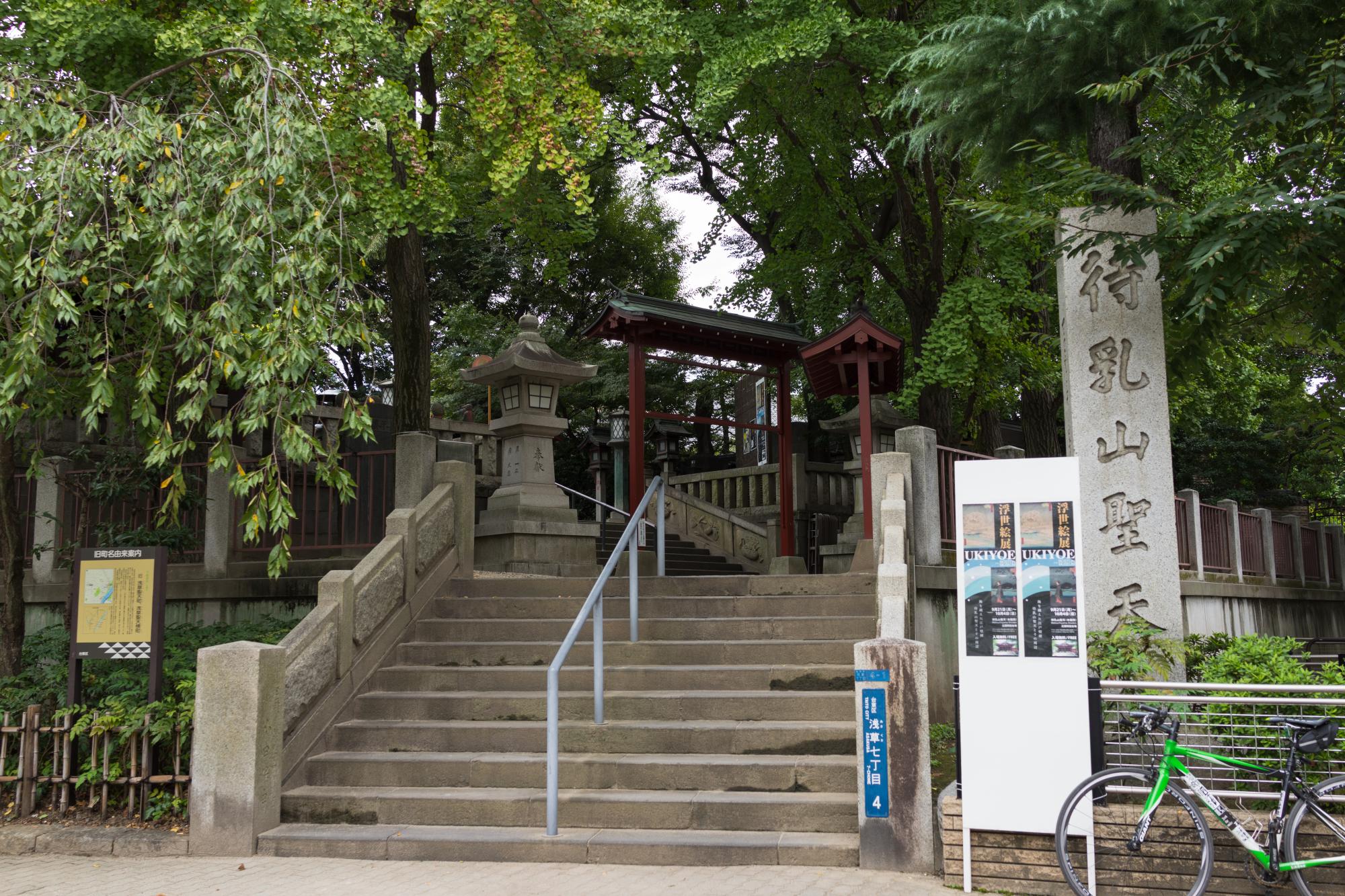 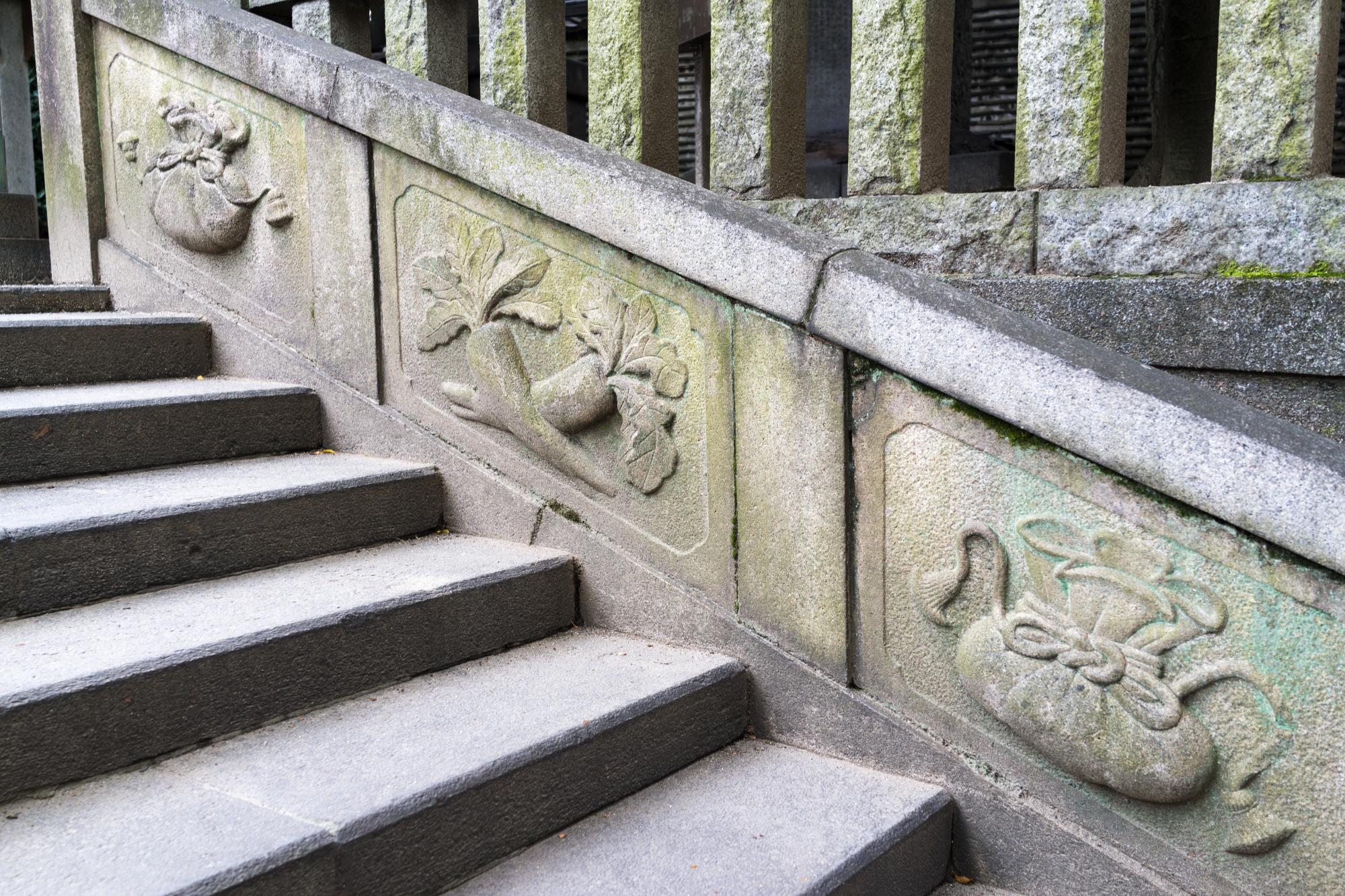 Radishes and money pouches carved on a wall of a stair 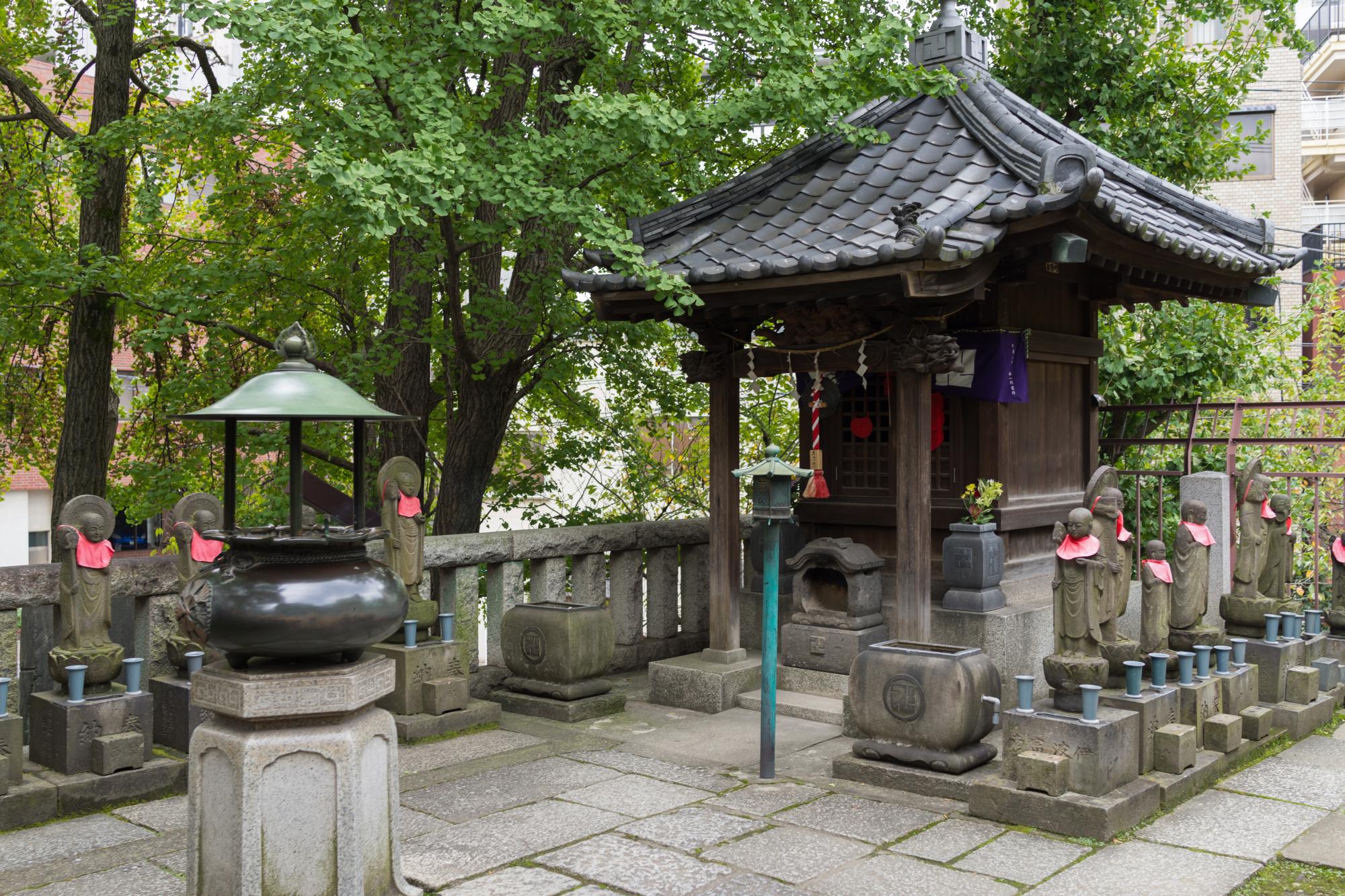 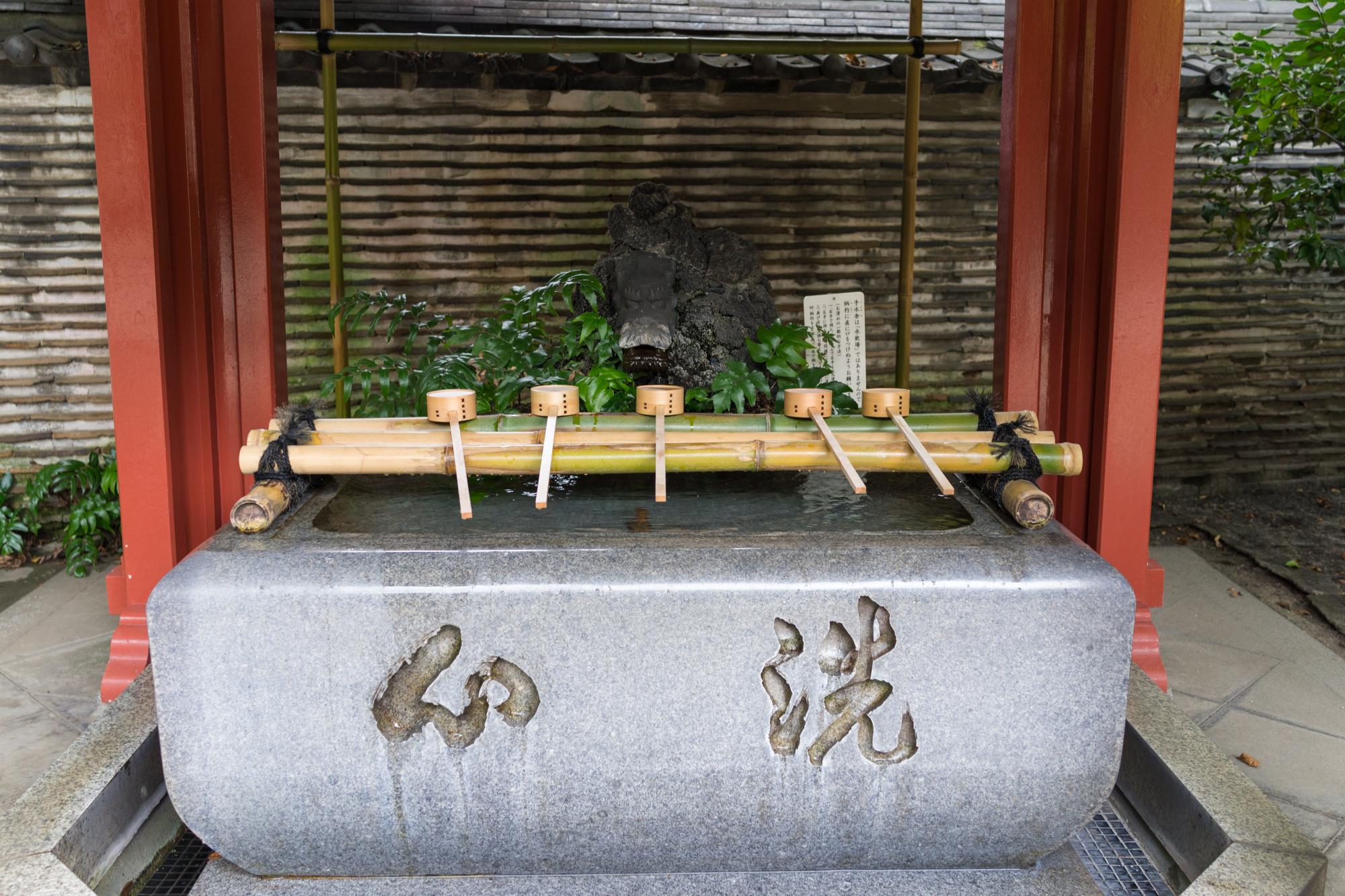 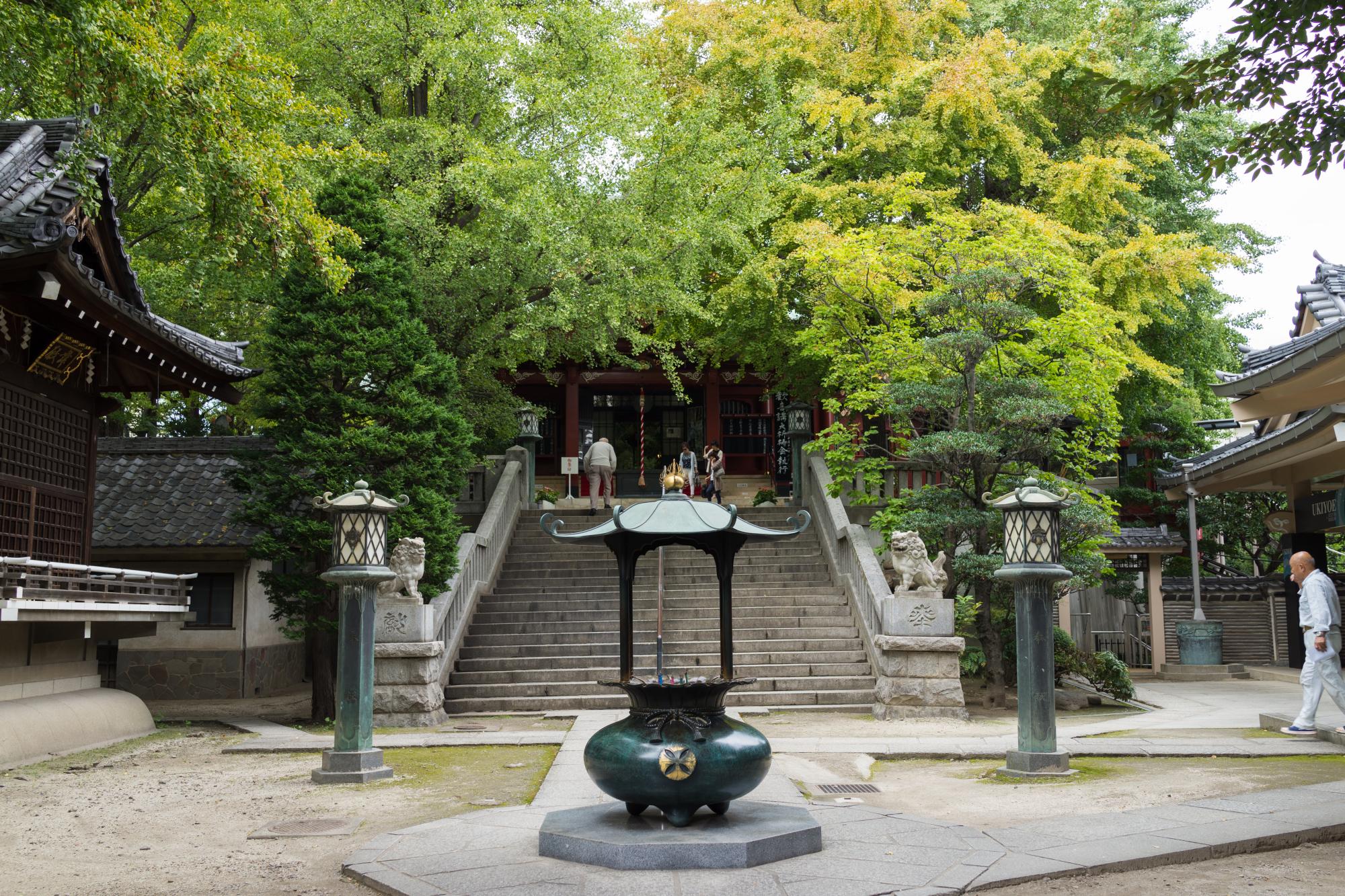 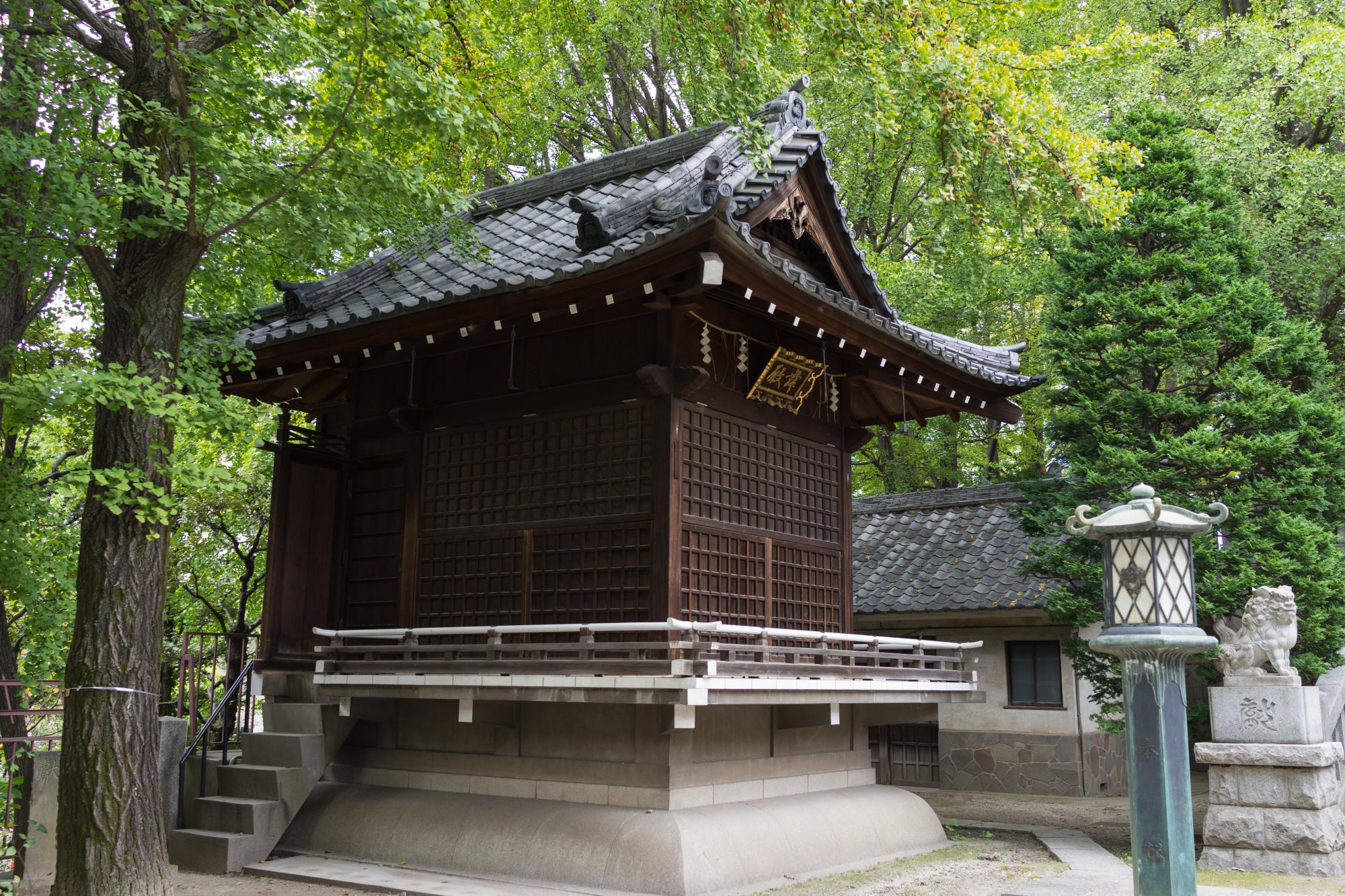 Kaguraden (hall for music and dance) 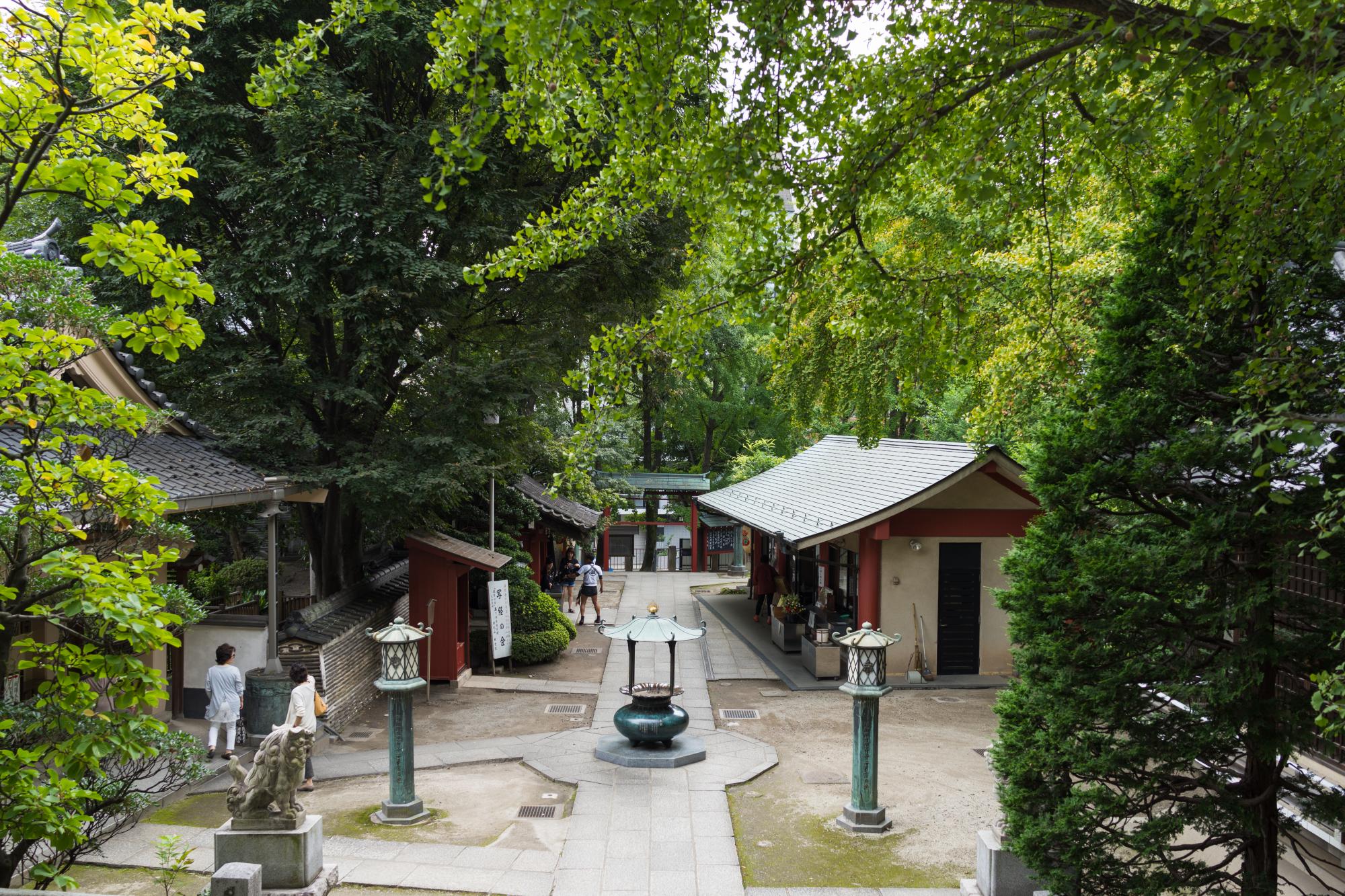 A view of the precincts from Main Hall 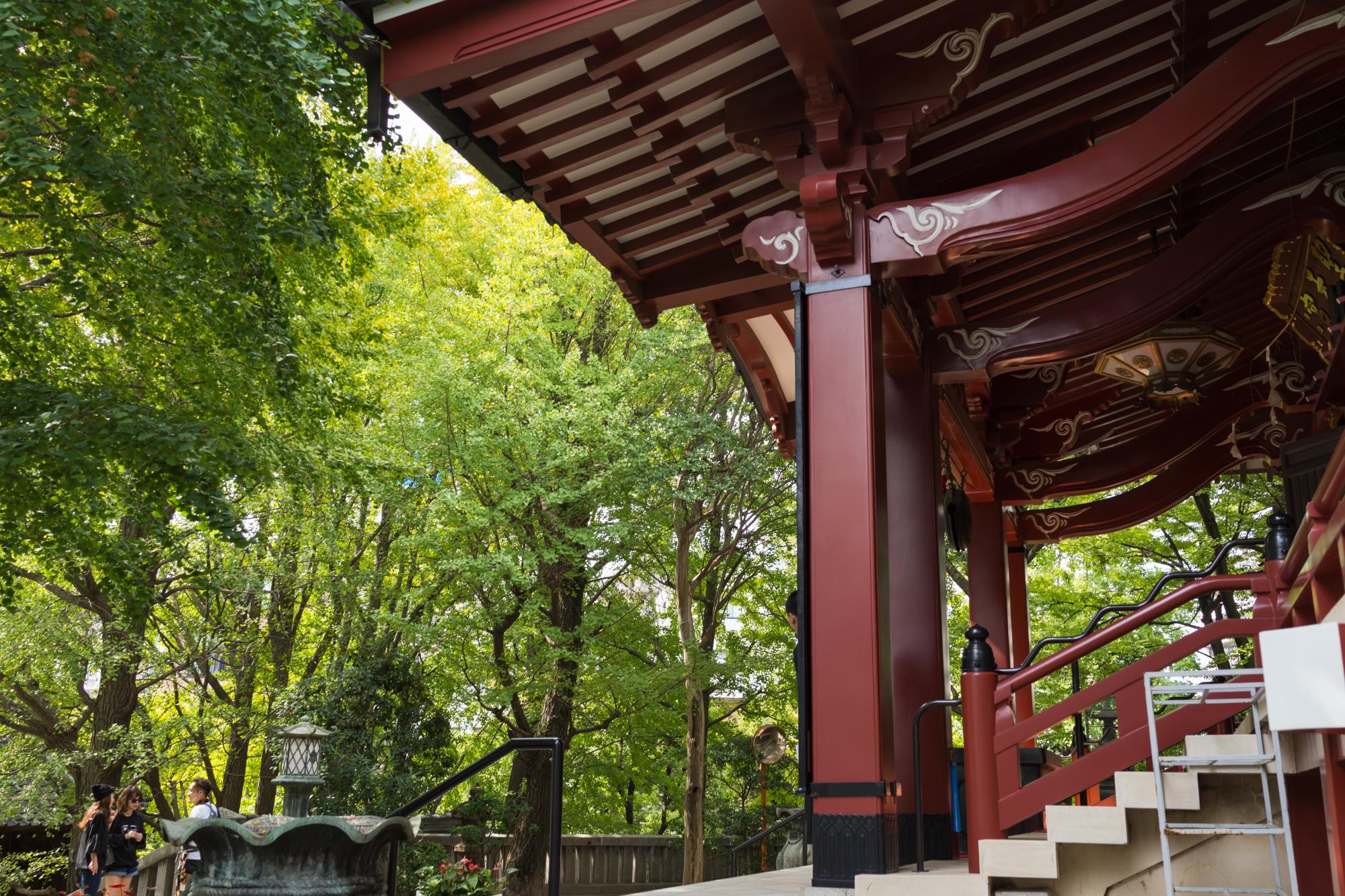 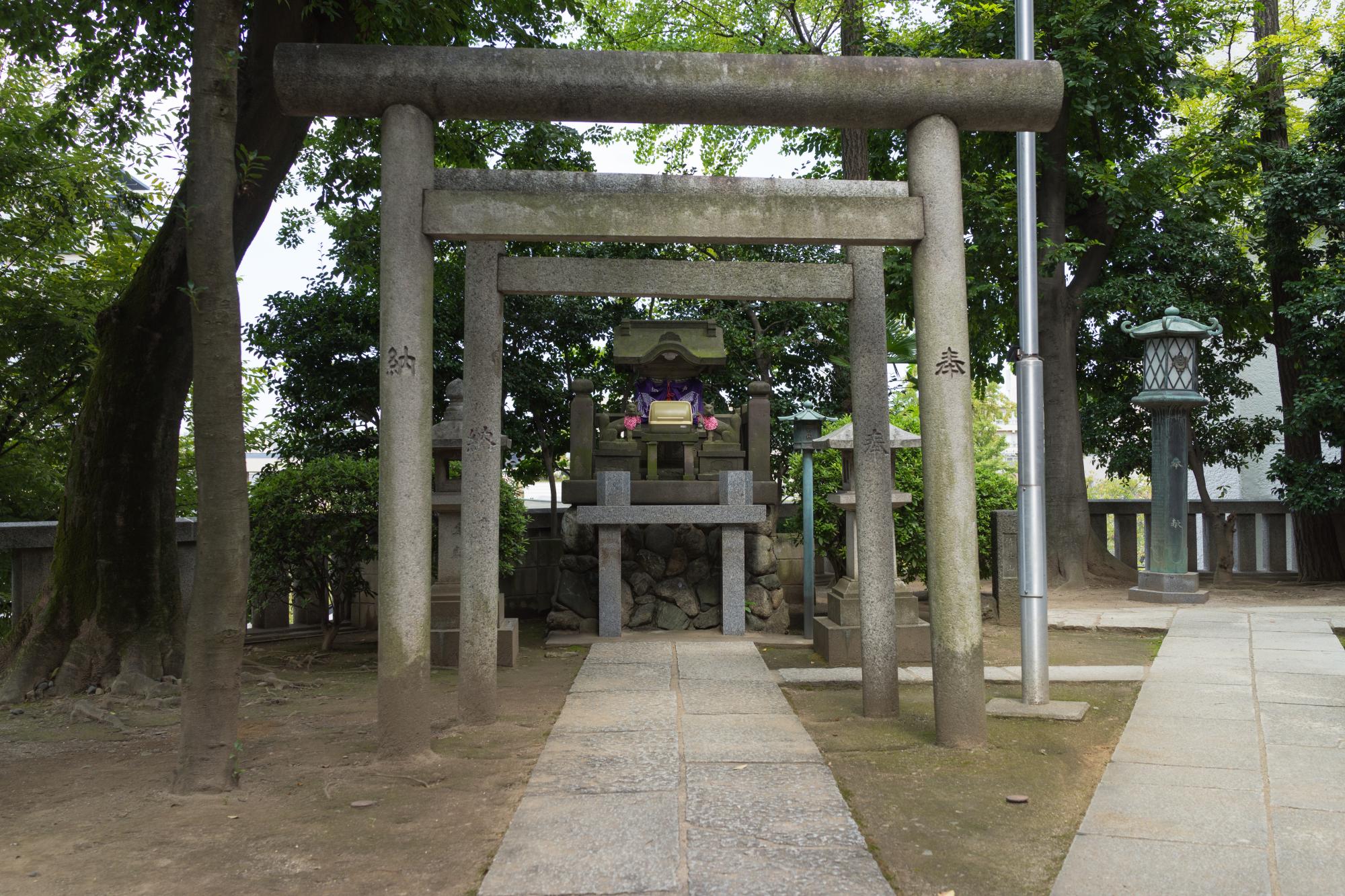 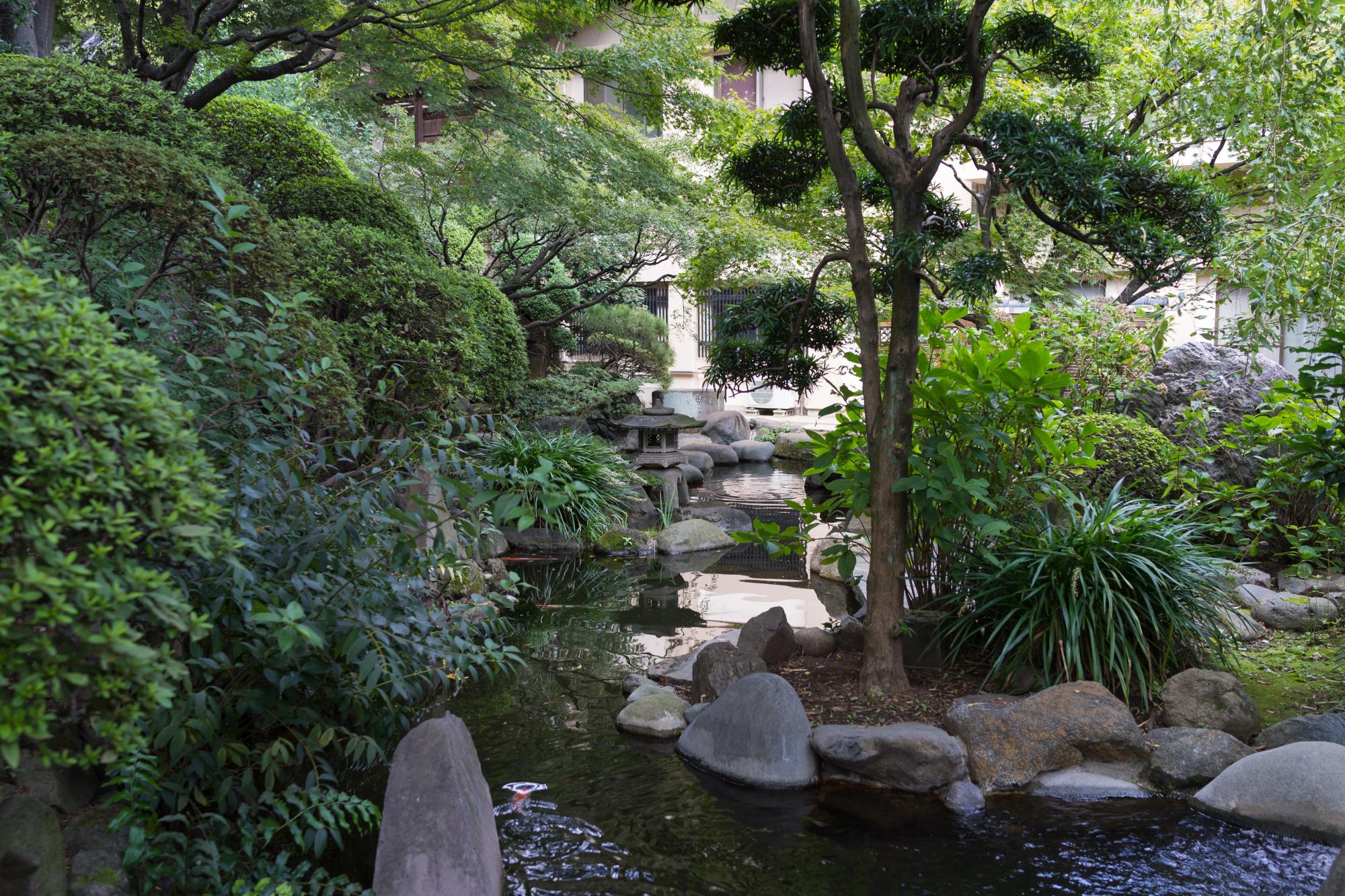 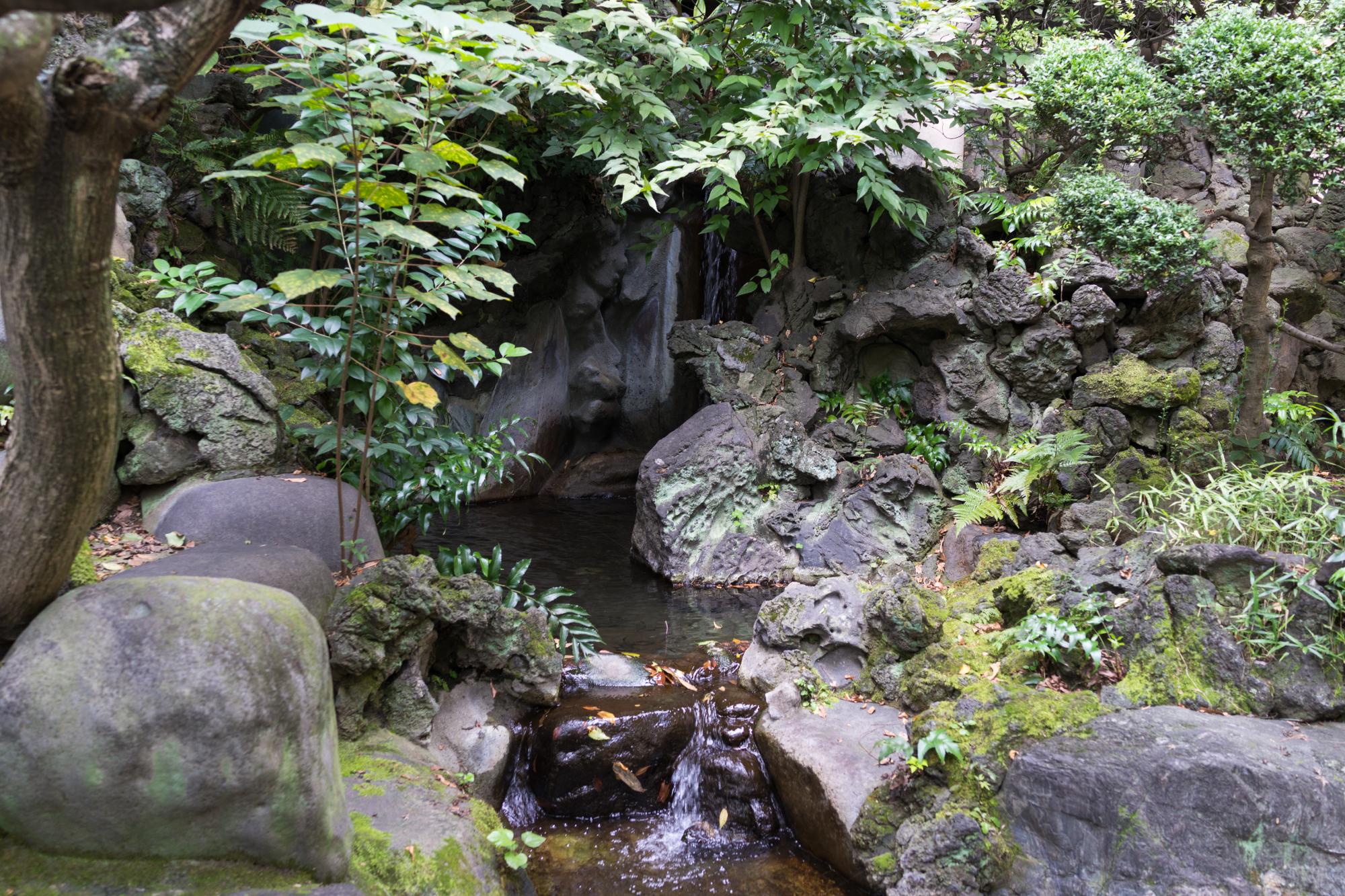 A small waterfall in the Japanese garden 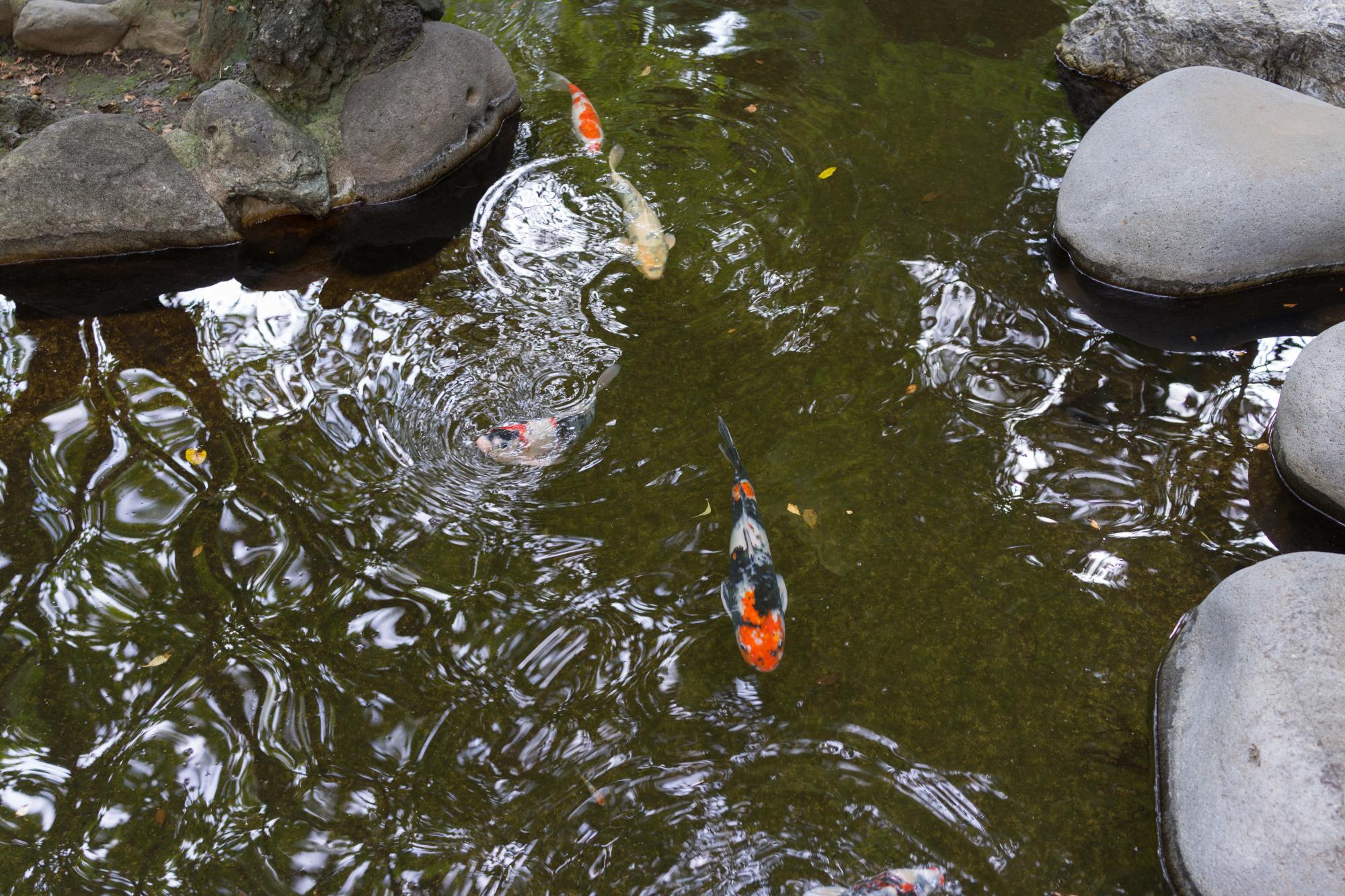 Carps in a pond of the Japanese garden 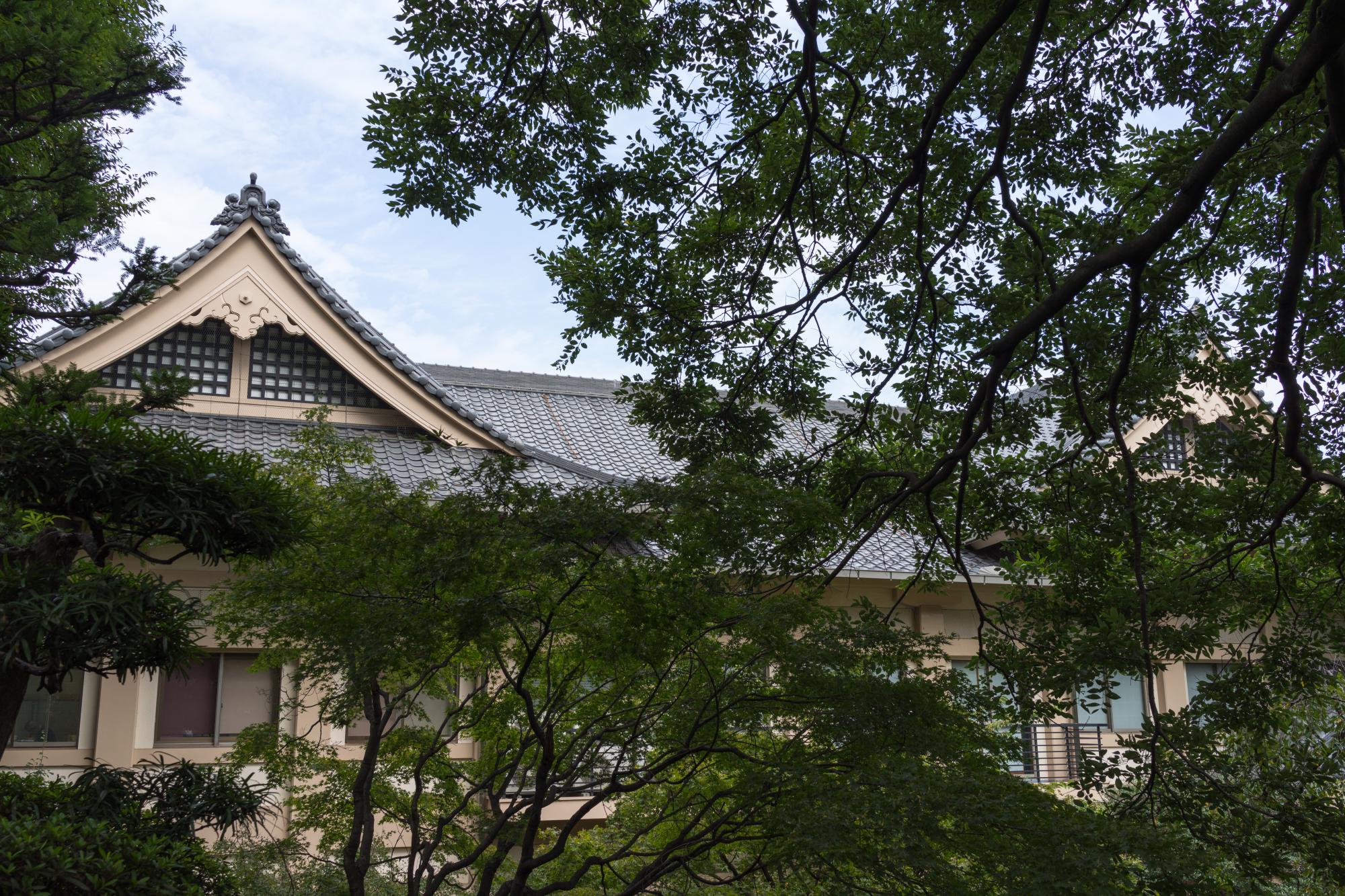