Kagurazaka: a town having Japanese atmosphere 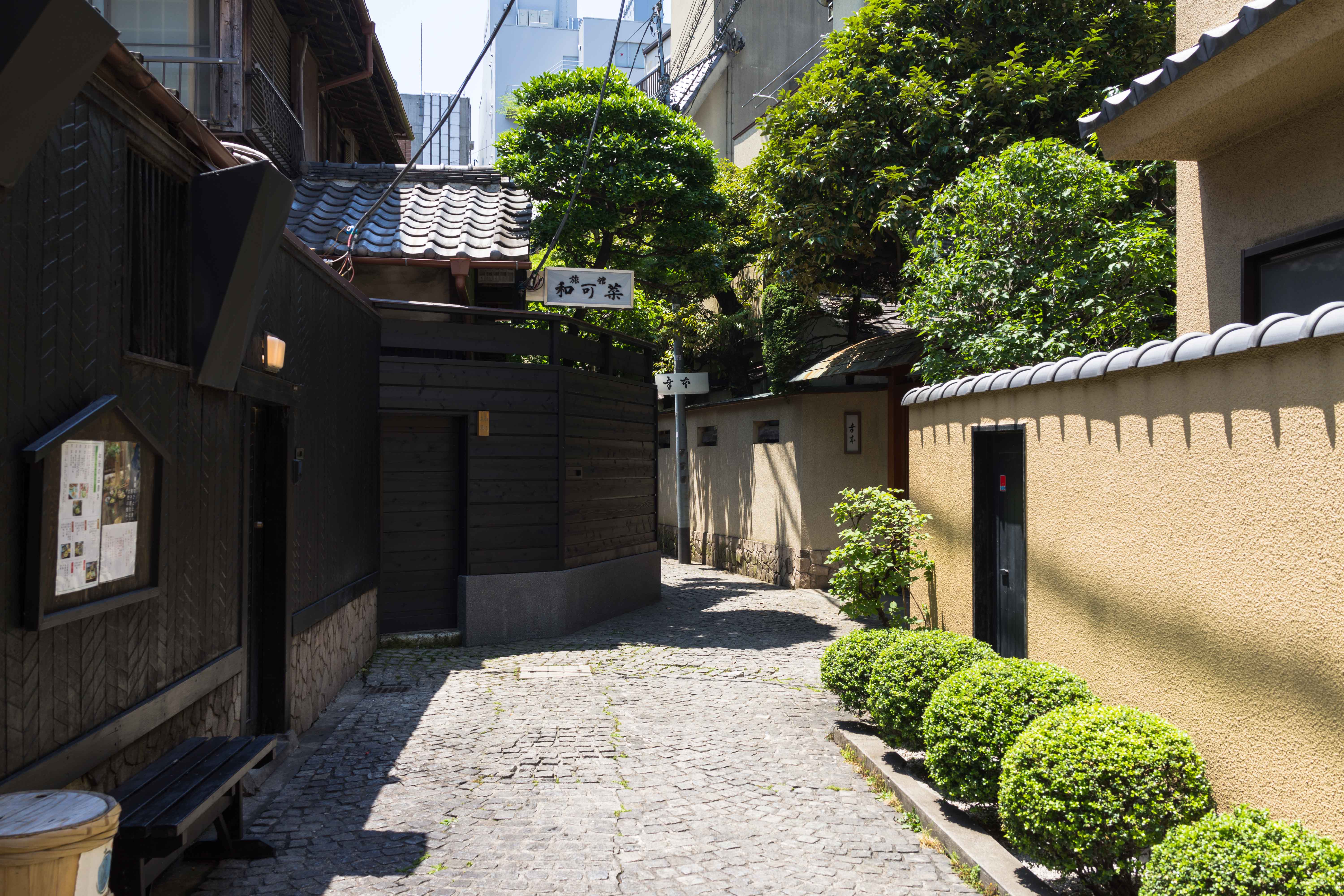 Kagurazaka is one of Six Hanamachi (Geisha districts) in Tokyo, of which tasteful townscape and a lot of restaurants such as old Ryotei (traditional Japanese restaurants) are attractive. It is located to the northwest of the Imperial Place and adjacent to the outer moat of the former Edo Castle. There are attractions such as alleys on which Ryotei, black-latticed walls and stone pavements create a Japanese atmosphere, Bishamonten Zenkokuji Temple, Akagi Shrine and mainly Kagurazaka Dori Shopping Street, which is crowded with many people. It is a valuable area where you can enjoy traditional Japan in Tokyo changing dramatically. Enjoy walking around Kagurazaka with a camera. 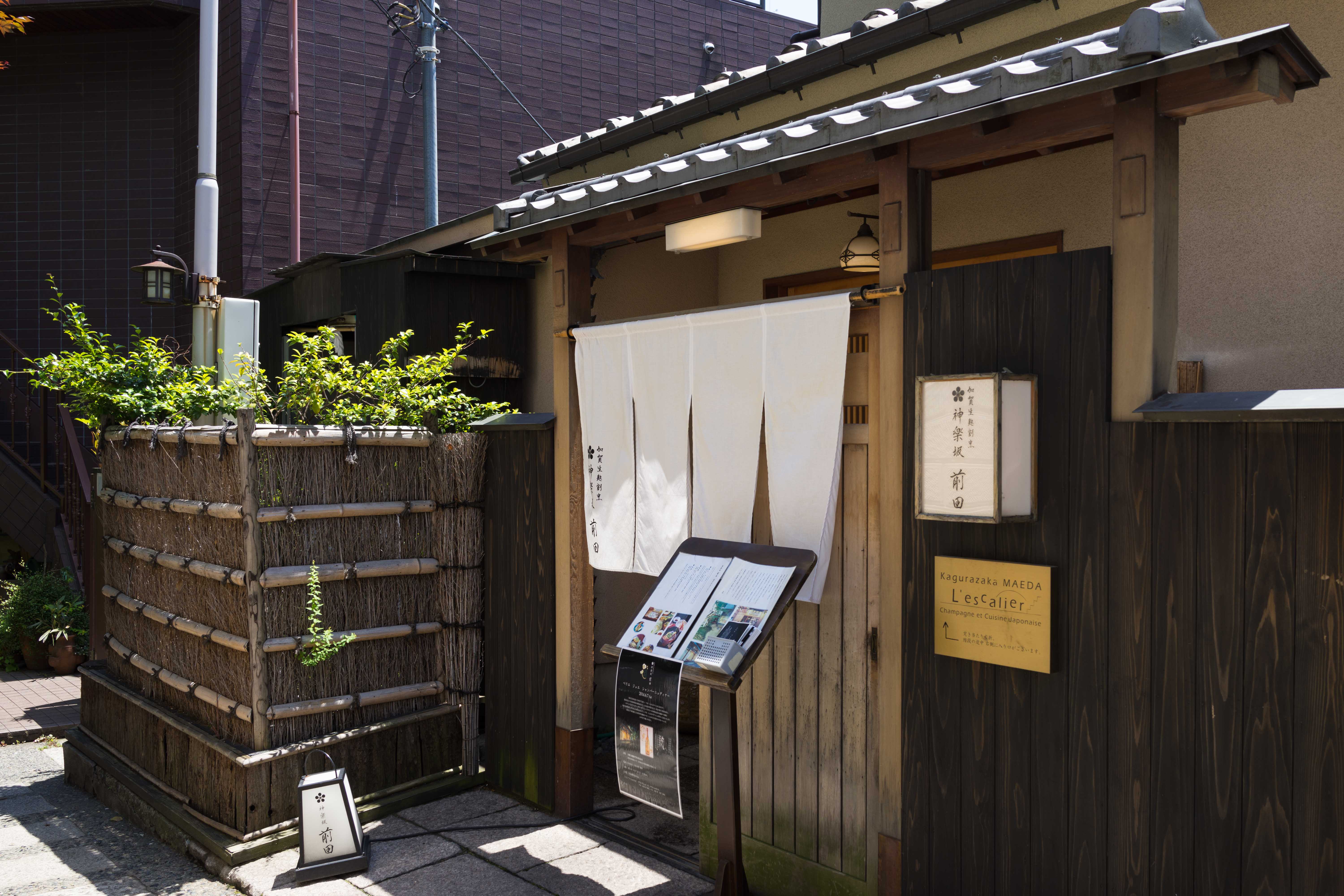 Kagurazaka has a long history. In the middle of 16th century the Ogo clan who had ruled the southern foot of Mt. Akagi in Gunma prefecture moved to Kagurazaka and built the Ushigome Castle near the present-day Koshoji Temple. At that time Akagi shrine was transferred from Mt. Akagi. When Ieyasu TOKUGAWA moved to Edo (present-day Tokyo) in 1590, Ushigome clan (renamed from Ogo clan) served Tokugawa family and the Ushigome Castle was demolished. After Tadakatsu SAKAI who became Tairo (chief minister) later built his residence in 1628 of the Edo period (1603 - 1868), lines of samurai residences stood along Kagurazaka Street. Bishamonten Zenkokuji Temple moved there in 1791 and after that an entertainment district was formed, which led to regional development as Hanamachi (Geisha district). In the Meiji period (1868 - 1912) samurai residences were demolished and Kagurazaka developed as a commercial district. It came to flourish as one of the most bustling shopping and entertainment districts in Tokyo after Kobu Railway Ushigome station (present-day JR Sobu line Iidabashi station) was established in 1895. It was referred to as Yamanote Ginza and developed further because it avoided damages by the Great Kanto Earthquake in 1923. Unfortunately the entire town was destroyed by the air raid in 1945 during the World War II but it was restored after the war and achieved the height of prosperity as Hanamachi in the 1950s. After that the number of Ryotei and Geisha decreased and it retains the traces of Hanamachi in a part of the town. Also it lost its position as an entertainment district to terminal stations such as Shinjuku and Shibuya. However it attracts people’s attention in recent years for example it was used as a location site for a drama in 2007, so it is crowded with many people as a sightseeing spot. 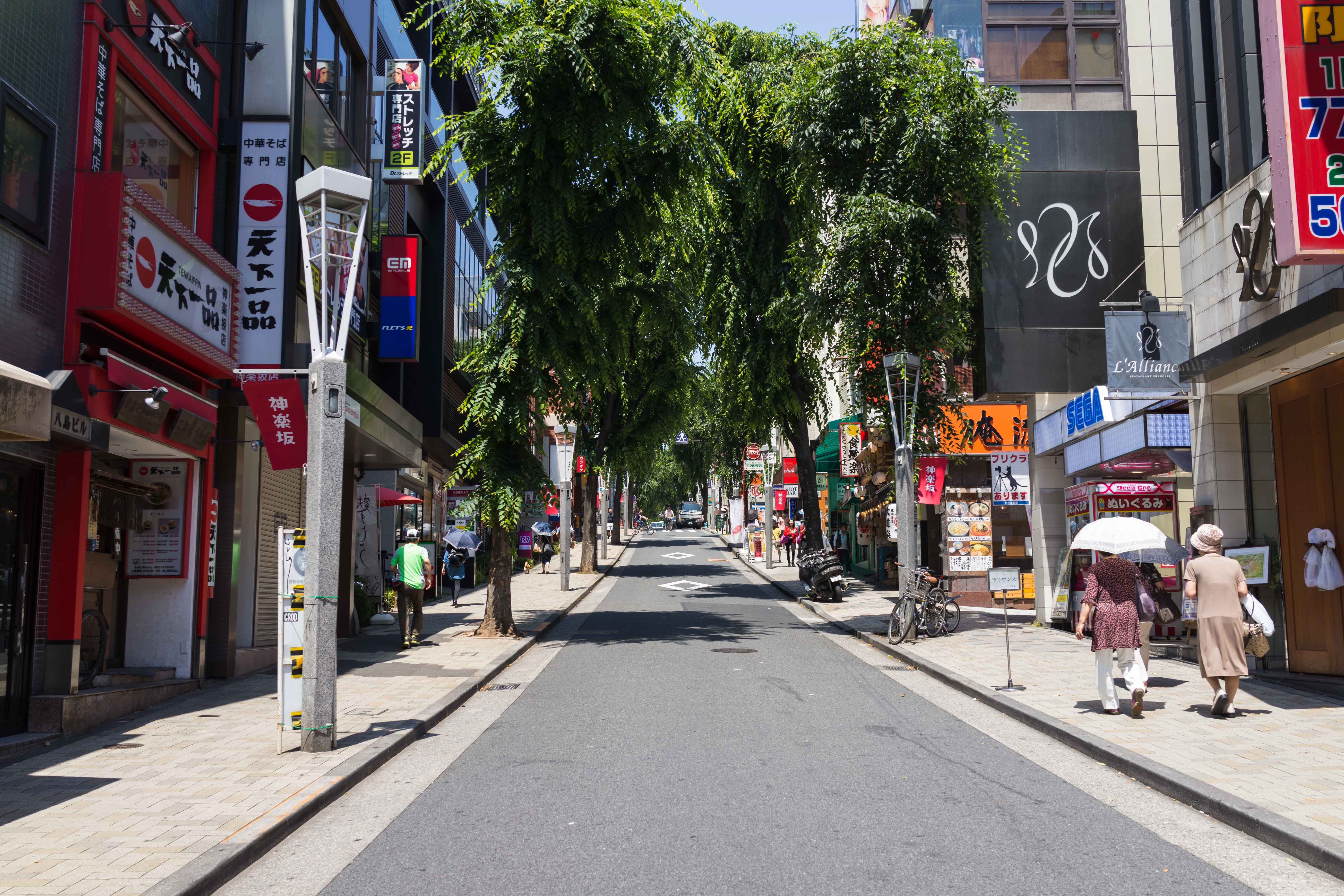 Kagurazala Dori Shopping Street is lined with various stores such as restaurants, boutiques and general goods stores. It features a lot of stores that deal with Japanese foods, Kimono (Japanese traditional clothes) or Japanese merchandise. There are alleys such as Kakurenbo Yokocho and Hyogo Yokocho on the north side of the street, and old townscape is preserved there. The places have very nice atmosphere created by Ryoteis and black-latticed walls on narrow alleys paved with stones. A stair in front of Bettei Torichaya (a Japanese restaurant) is also tasteful, which is located on the south side of the street. In addition to old Ryoteis, restaurants and izakayas (Japanese taverns) that old Japanese houses have been remodeled into have increased in the area. 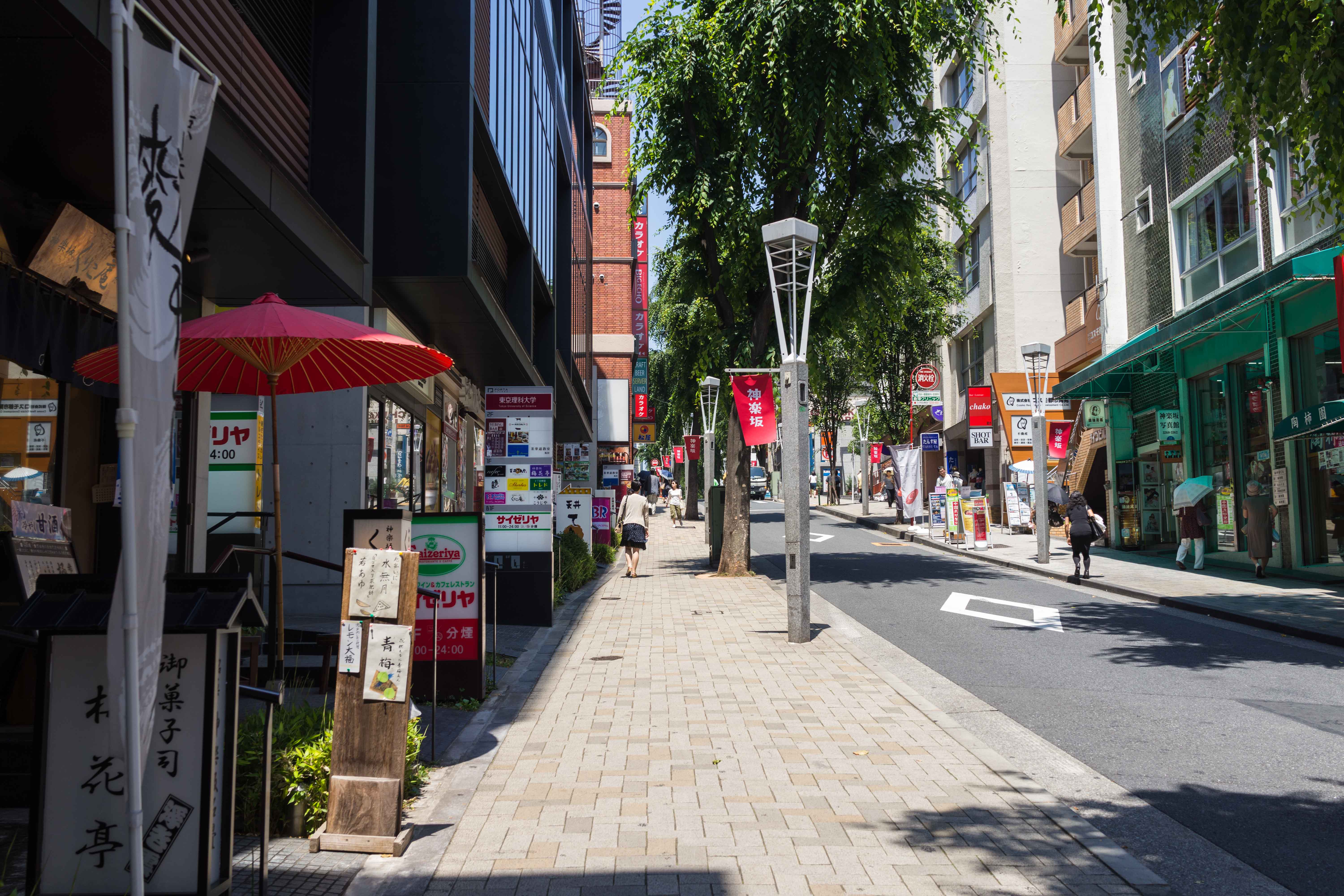 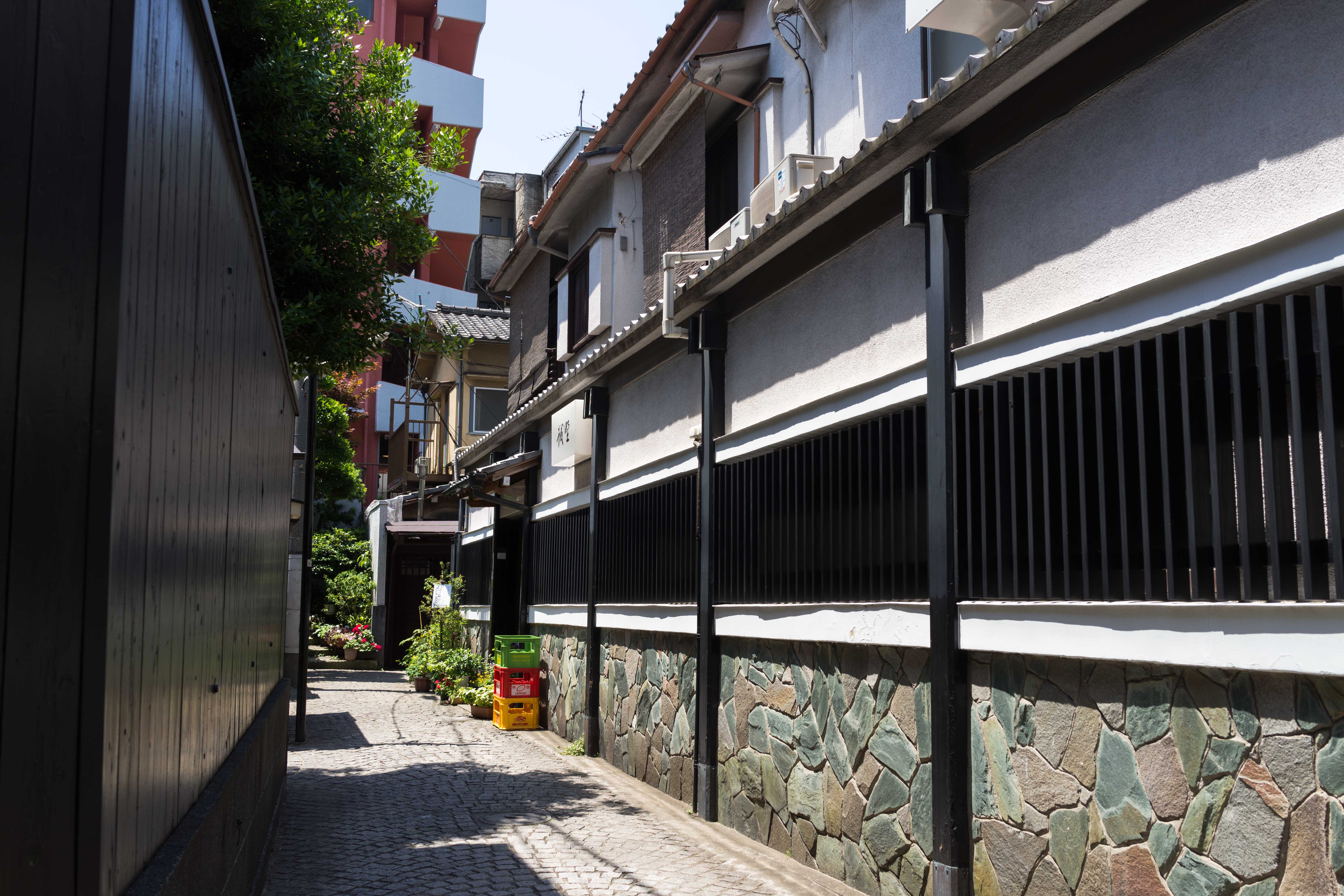 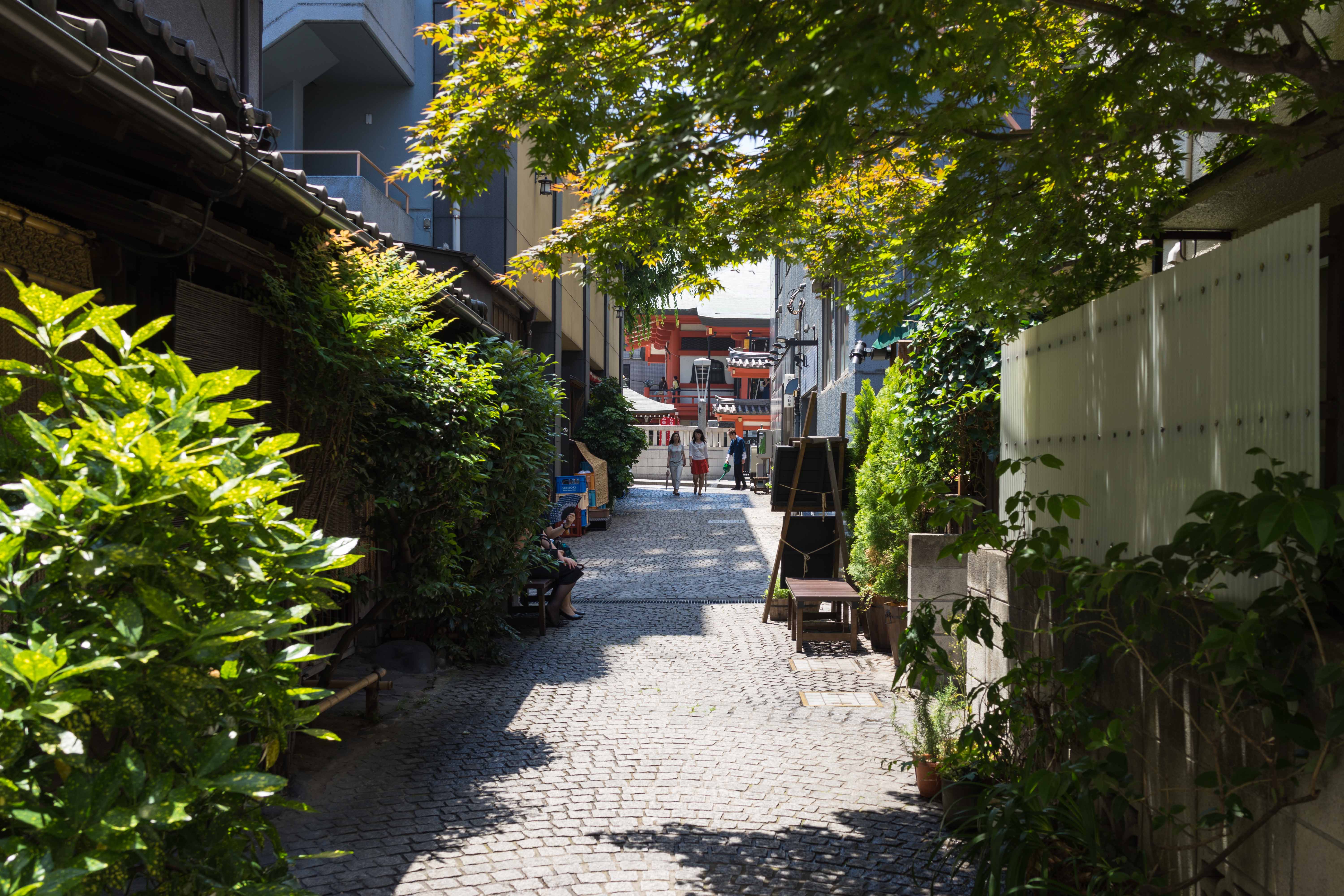 The view of Bishamonten Zenkokuji Temple from Hyogo Yokocho Alley 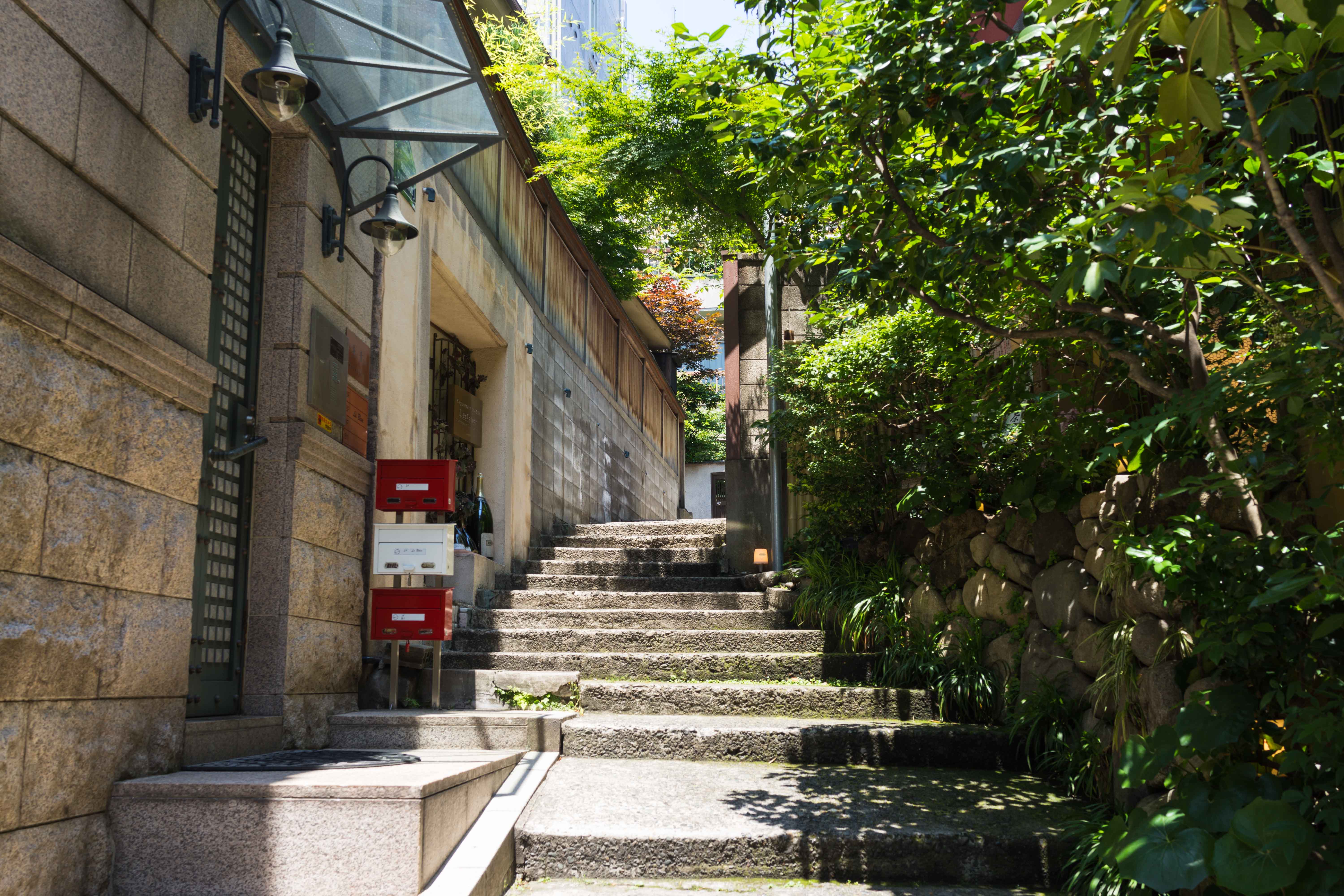 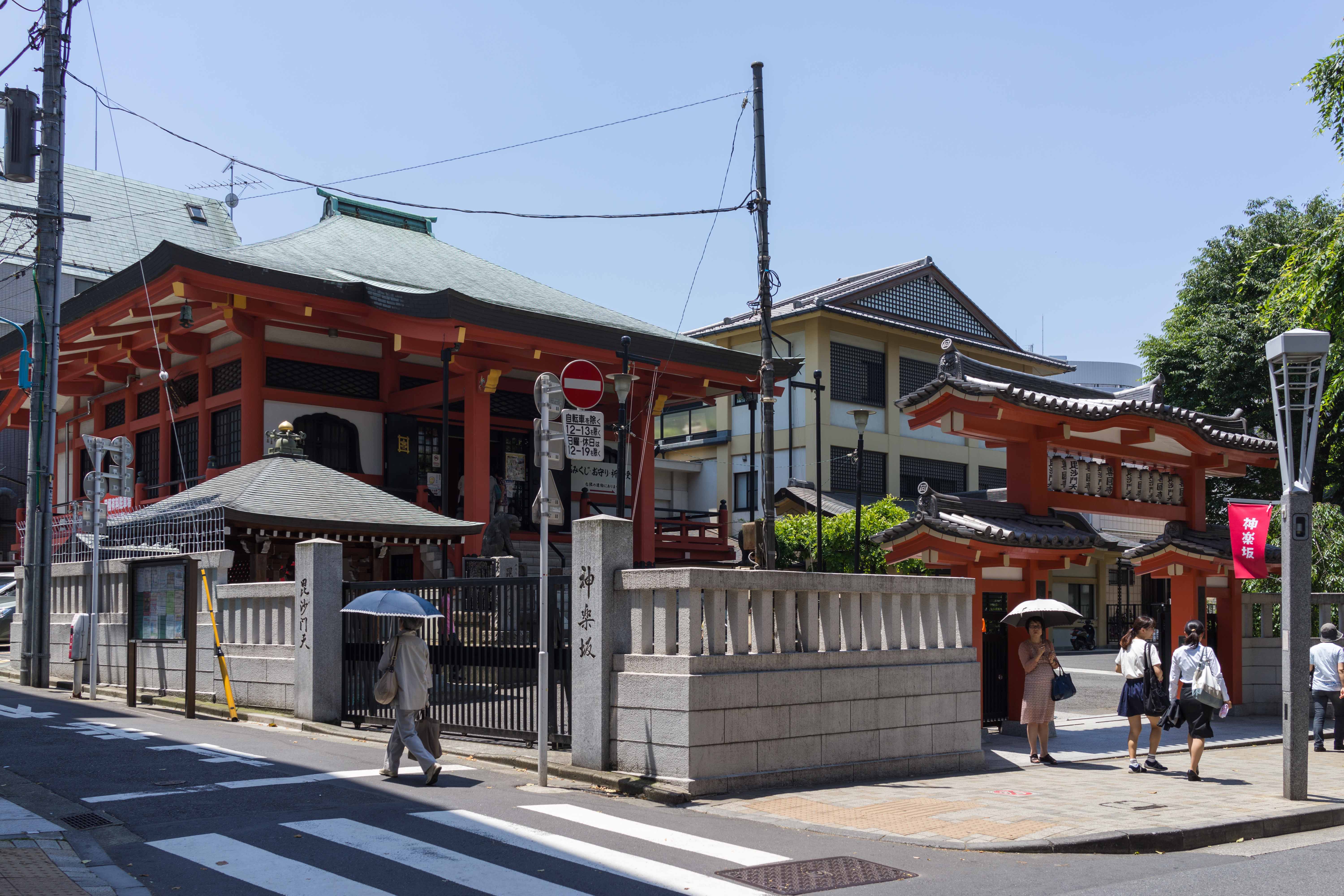 Bishamonten Zenkokuji Temple is a symbol of Kagurazaka, which was moved to the town in the end of the 18th century. It is on Kagurazaka Dori Shopping Street and the vermilion-lacquered buildings add color to the town. In the summer a festival is held around the temple. 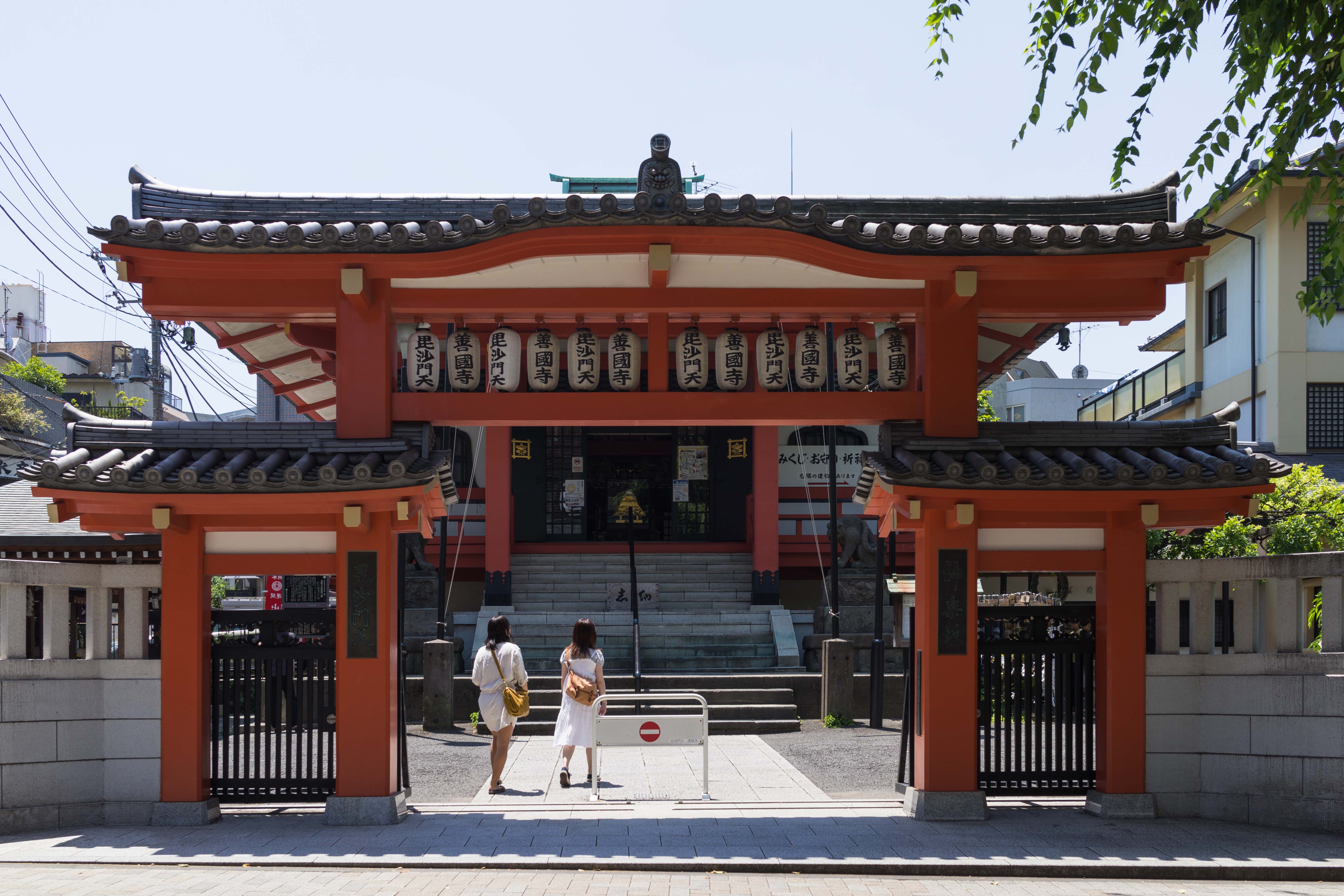 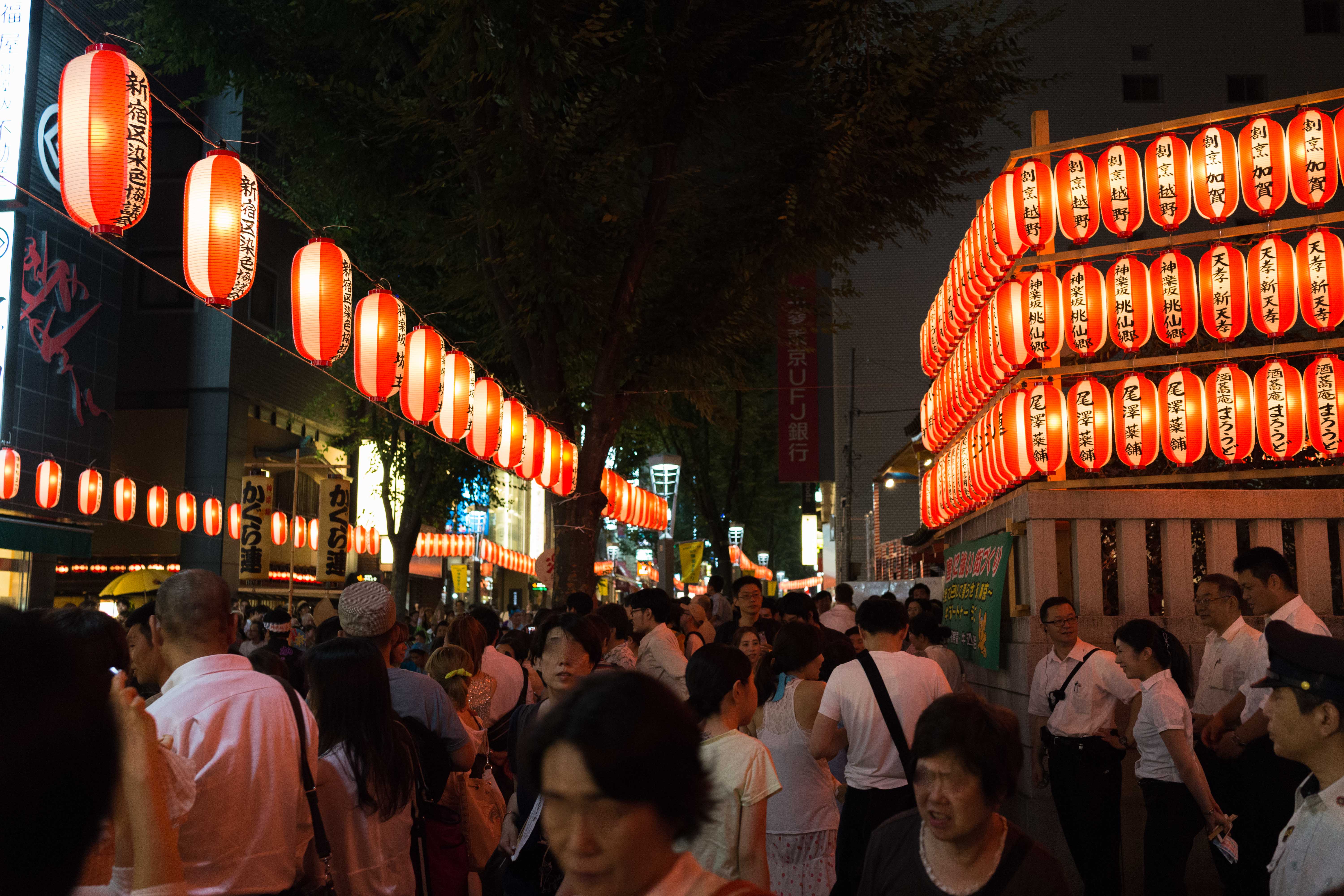 A festival in summer 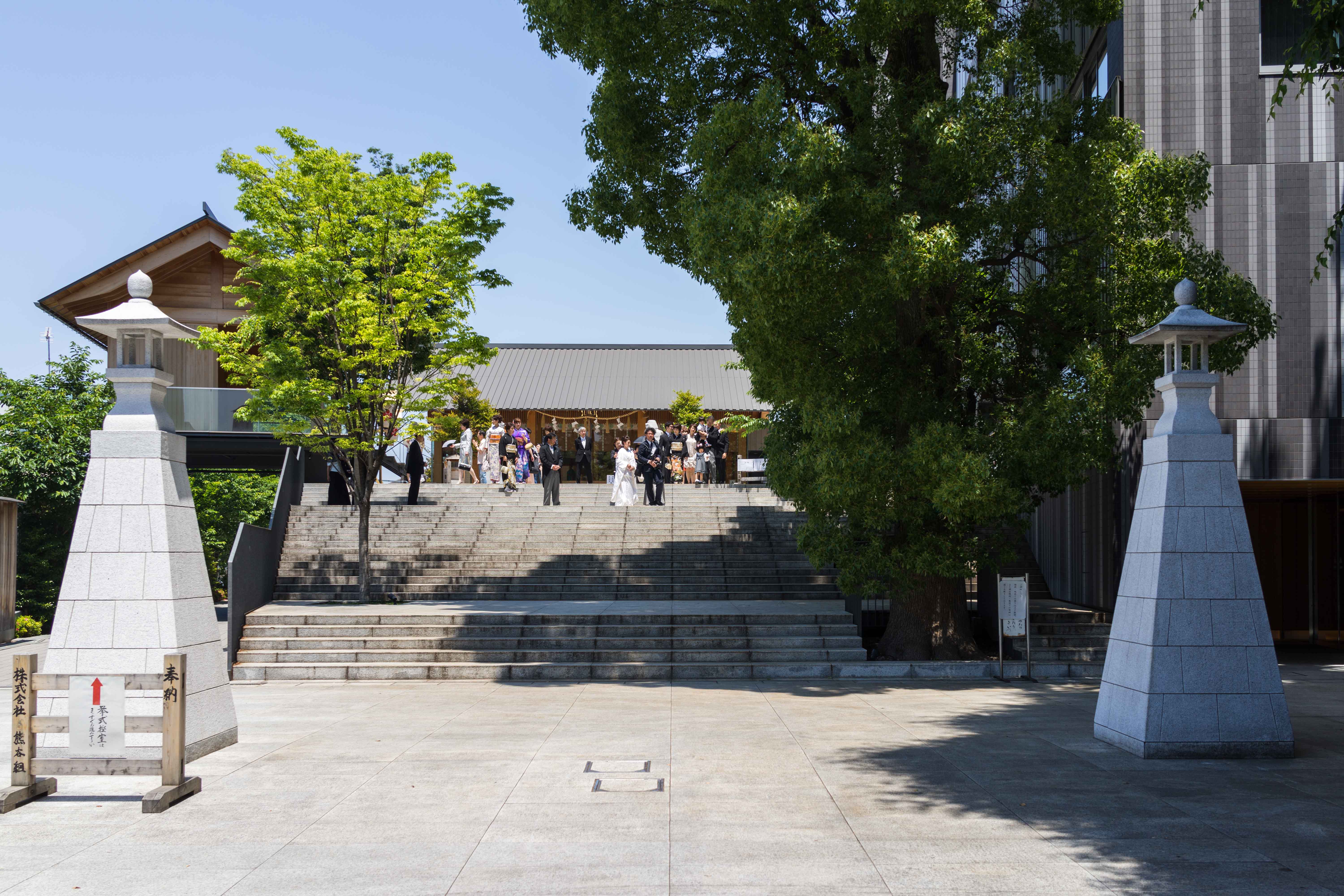 Akagi Shrine is also popular among the local people. It has long history, which was moved to the present site in the 16th century. It is one of the three major shrines in Edo (present-day Tokyo) along with Kanda Myojin Shrine and Hie Shrine. The present main building is a modern glassed building, which was built under the supervision of Kengo KUMA, a world architect. 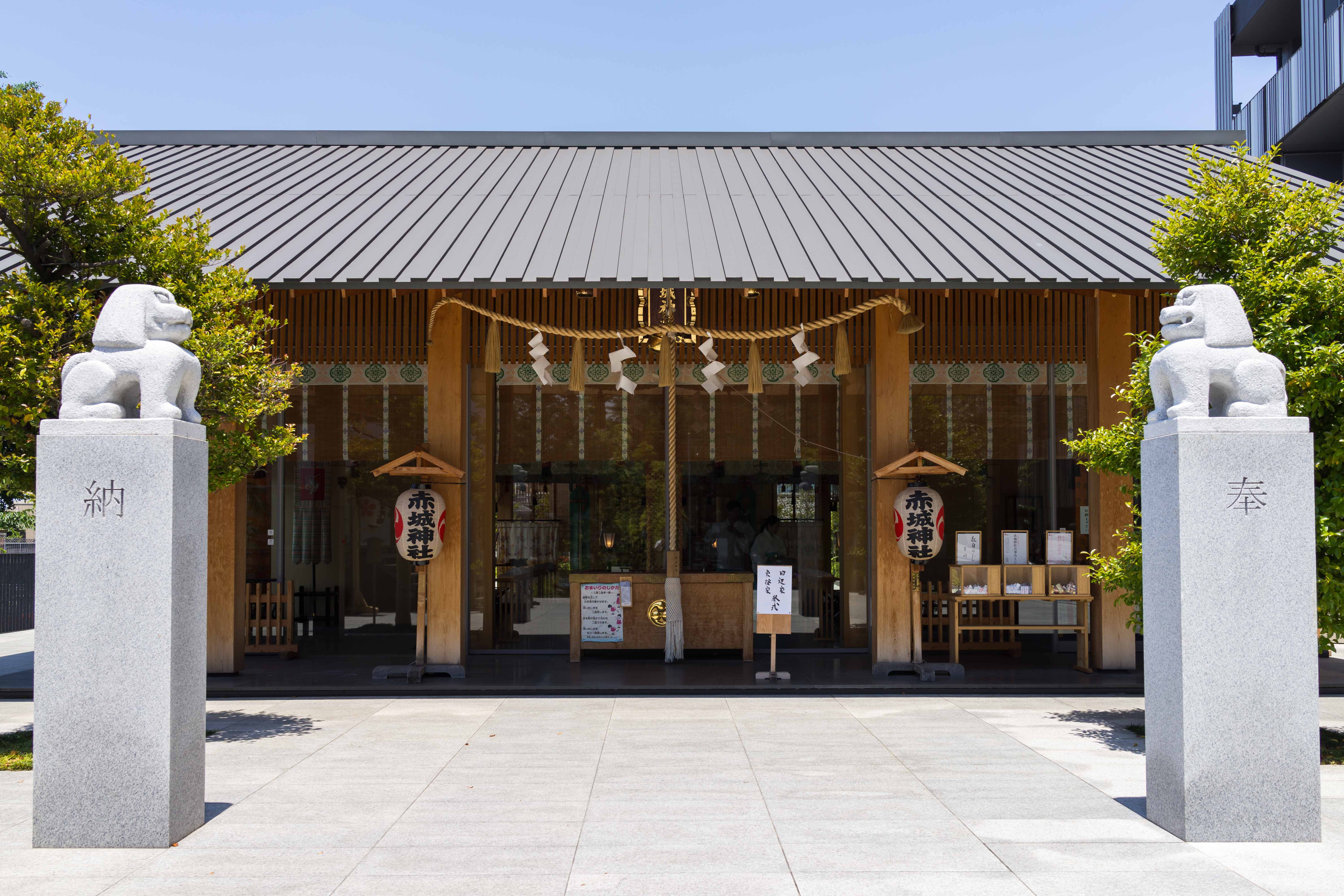 The main building built under the supervision of Kengo KUMA 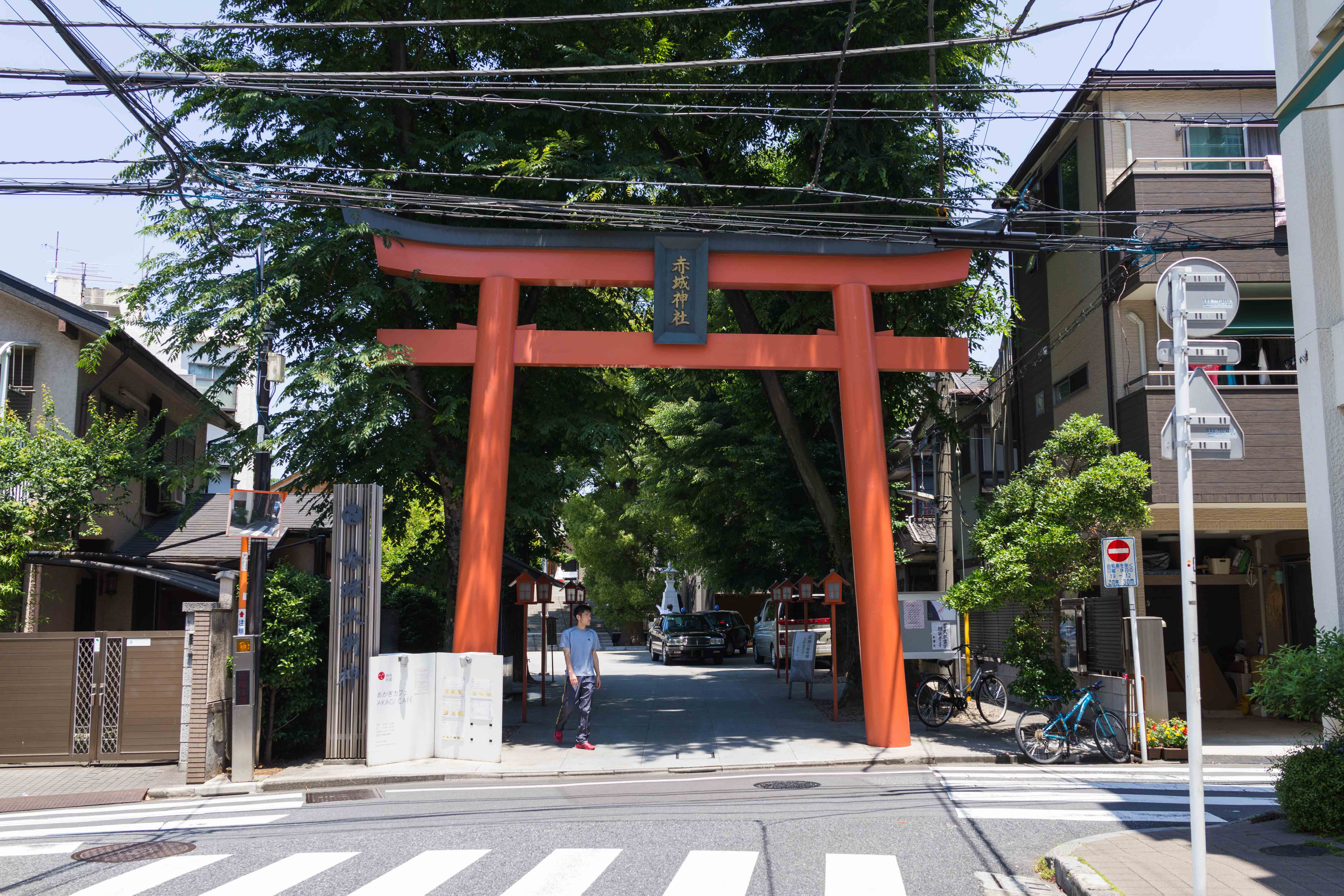 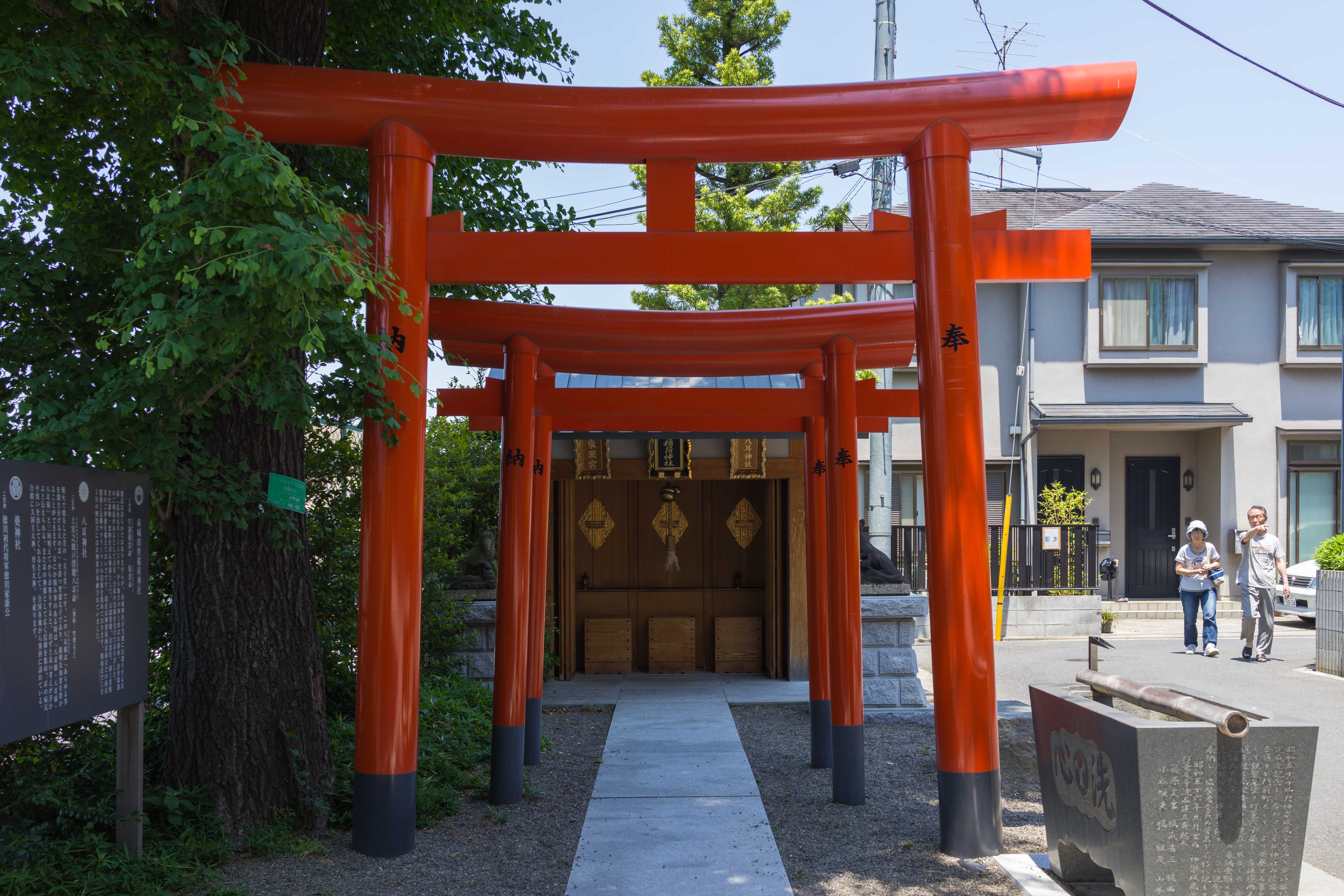 In addition, an Italian restaurant on the outer moat of the Edo Castle (the present-day Imperial Palace) called CANAL CAFE is recommendable. You can enjoy delicious foods seeing the moat. It has also a boat boarding point and you can ride in a boat for 600 yen per 30 minutes. 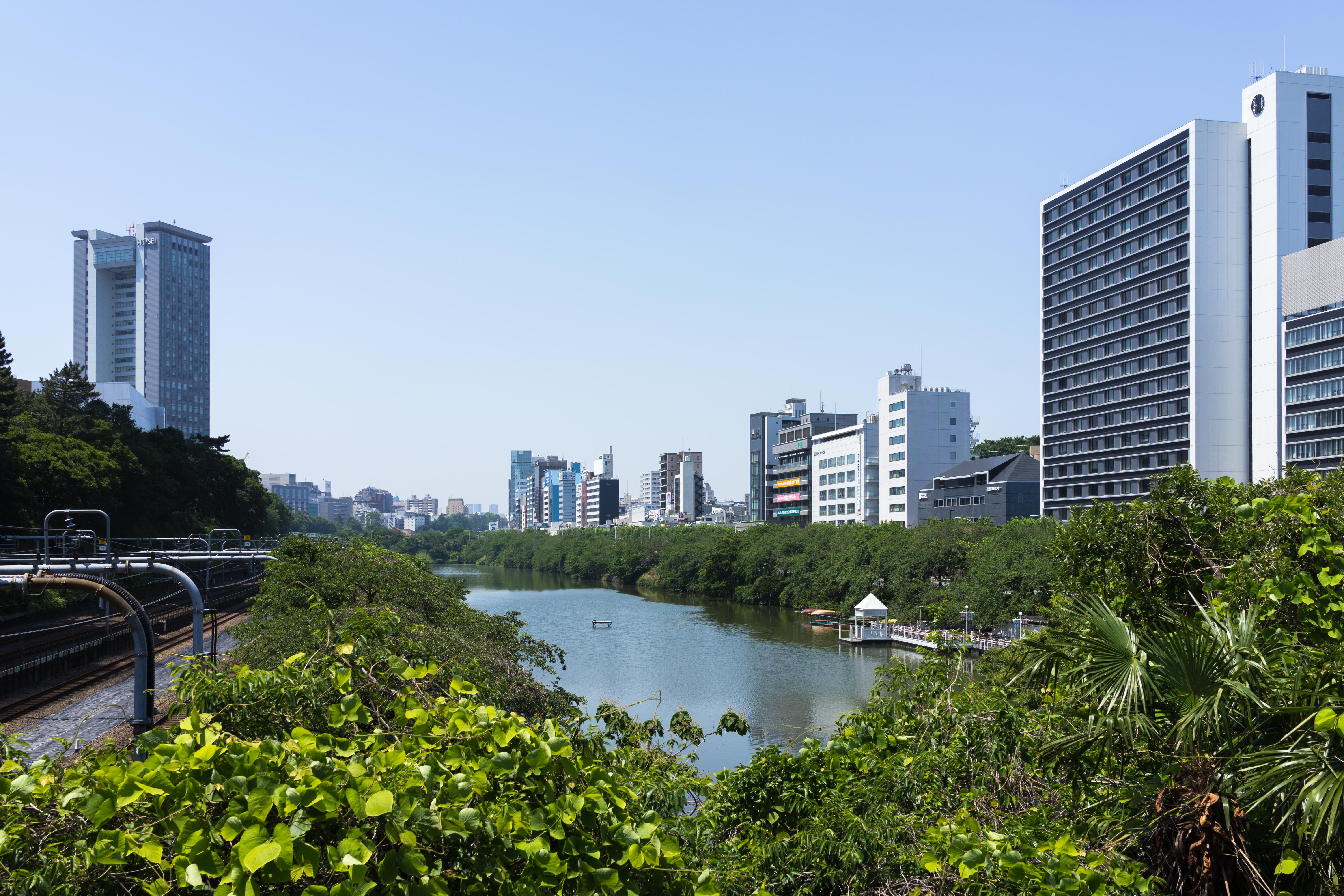 The outer moat of the Edo Castle

A town of French THE AGNES HOTEL AND APARTMENTS TOKYO

Though Kagurazaka retains Japanese atmosphere, it is also known as a town of French. The reason is that there was Le lycee fran_ais international de Tokyo until 2012 and there is Institut franco-japonais de Tokyo, so many French people are living in Kagurazaka. A European hotel such as THE AGNES HOTEL AND APARTMENTS TOKYO blends into the town. Kagurazaka is an amazing town because you can enjoy not only Japanese foods but also French foods. 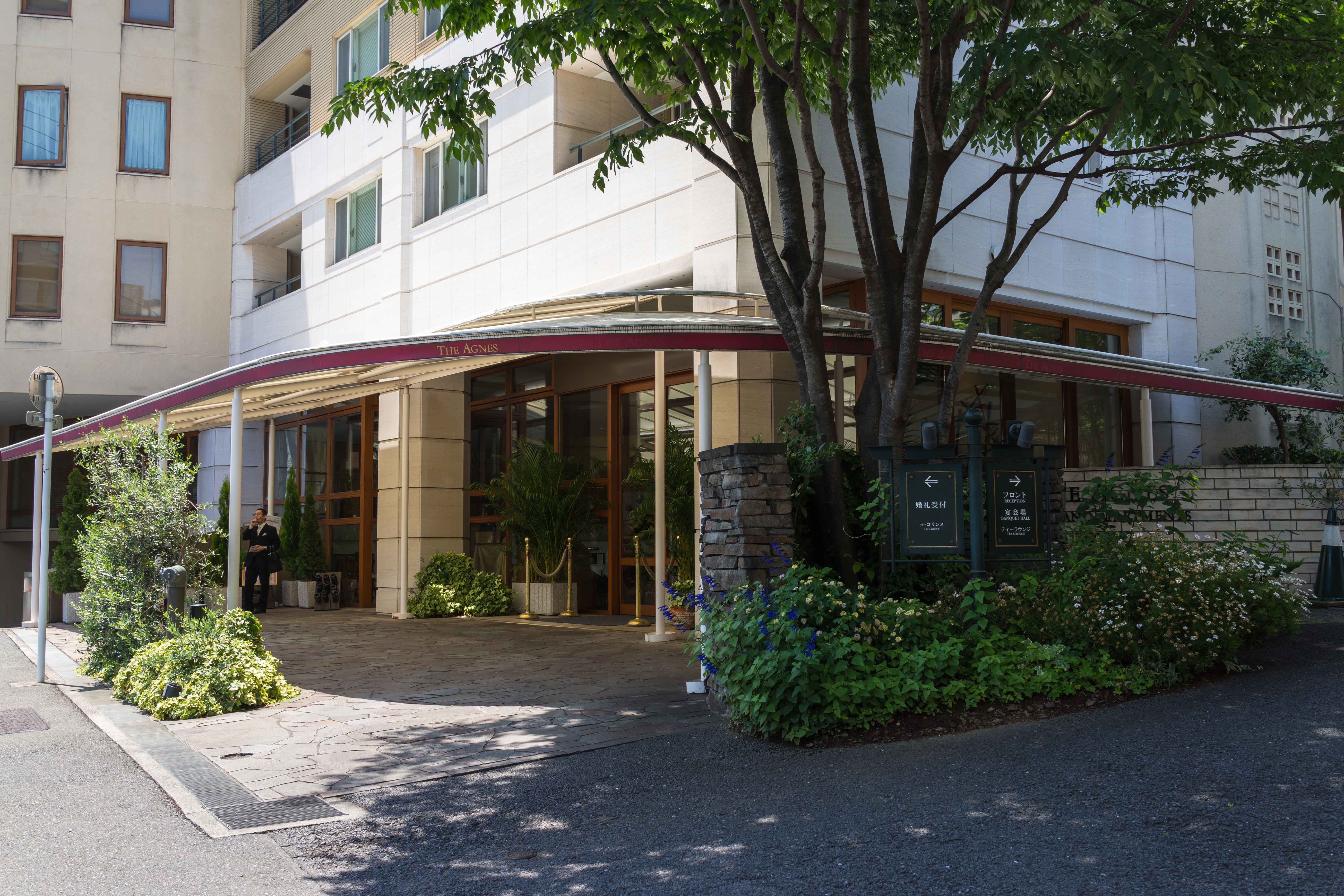 THE AGNES HOTEL AND APARTMENTS TOKYO

Kagurazaka is a town whose attractions are tasteful townscape and a fine variety of restaurants. I recommend you visit there when you stay in Tokyo. 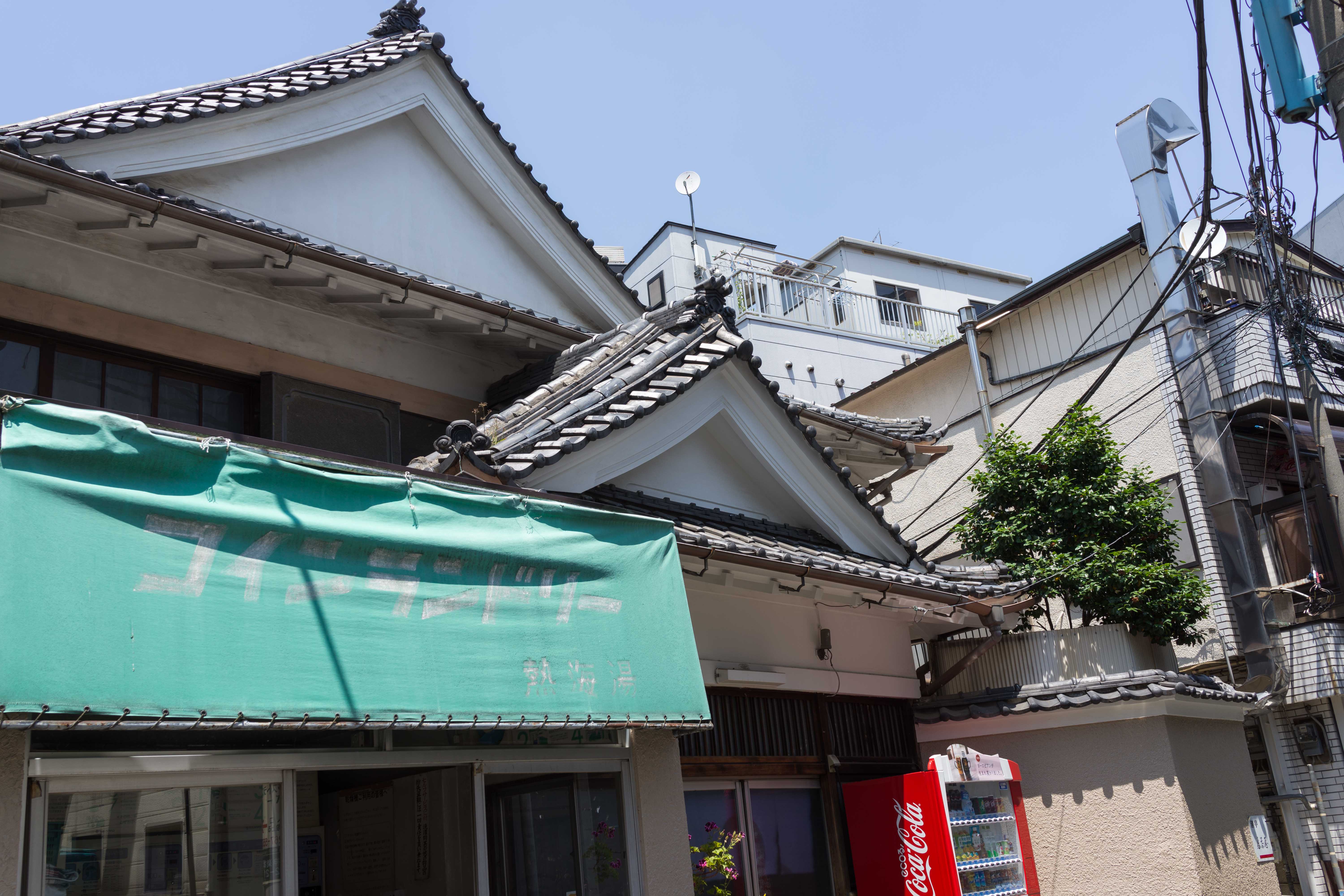