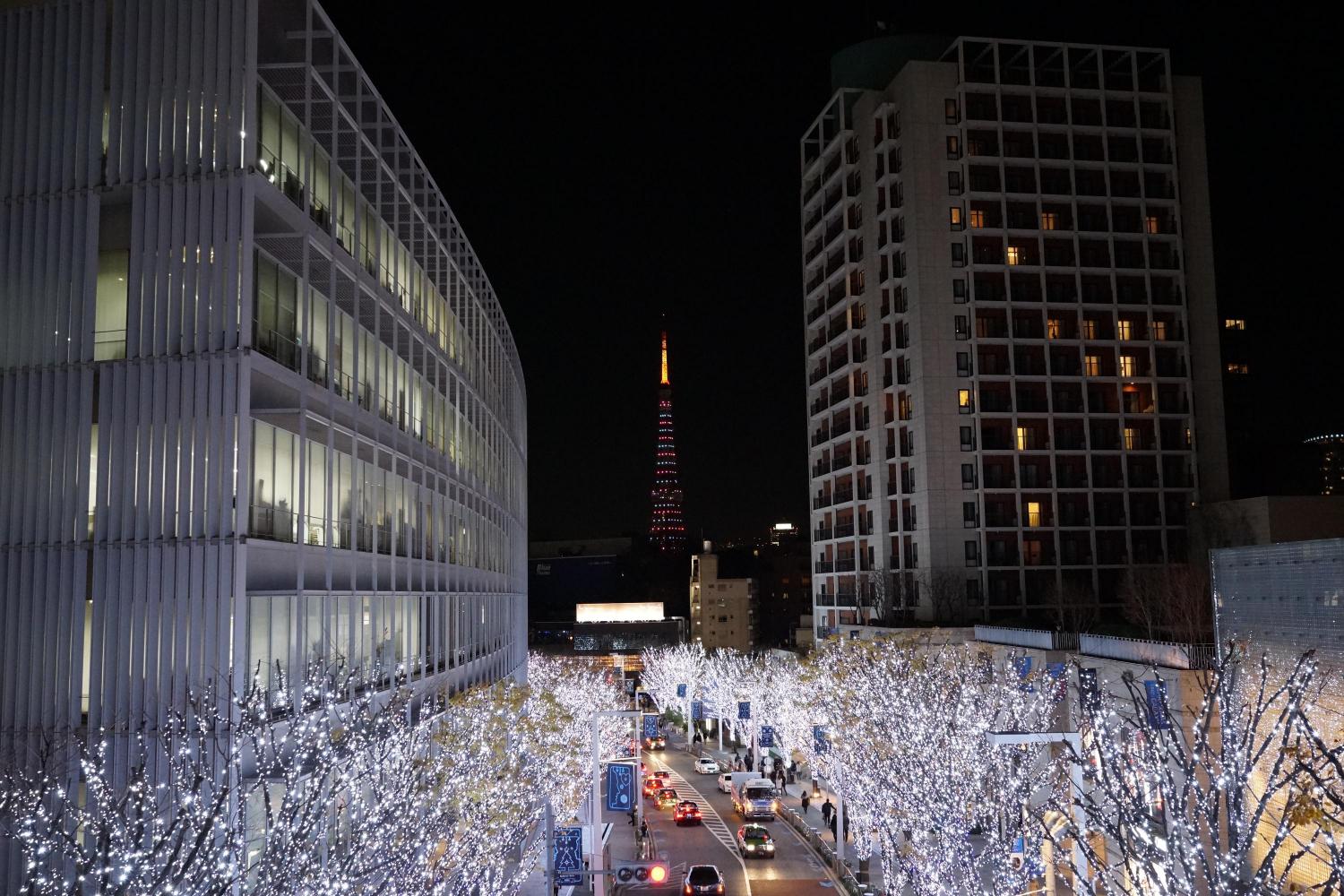 Roppongi Hills is a complex facility in Roppongi, which includes offices, apartments, shops, restaurants, a hotel, art museum and cinema.
The total site area is 93,389m.
It is not too much to say that Roppongi Hills is a town in itself.
It was developed in 2003 and has become the representative destination of Roppongi.

In Christmas season, many places of Roppongi Hills, such as Keyakizaka Street, Roku Roku Plaza and Mori Garden are illuminated.
Keyakizaka Street is worth seeing in particular.
The combination of the street and Tokyo Tower is very nice.
You can enjoy 2 types of color of illumination; SNOW&BLUE and CANDLE&RED. The color changes depending on the time.
At Roku Roku Plaza, Symbol Tree can be seen, which has 4 kinds of color changing on the time.
At Mori Garden, you can see beautiful illumination surround a pond, which change the color same way as Keyakizaka Street. 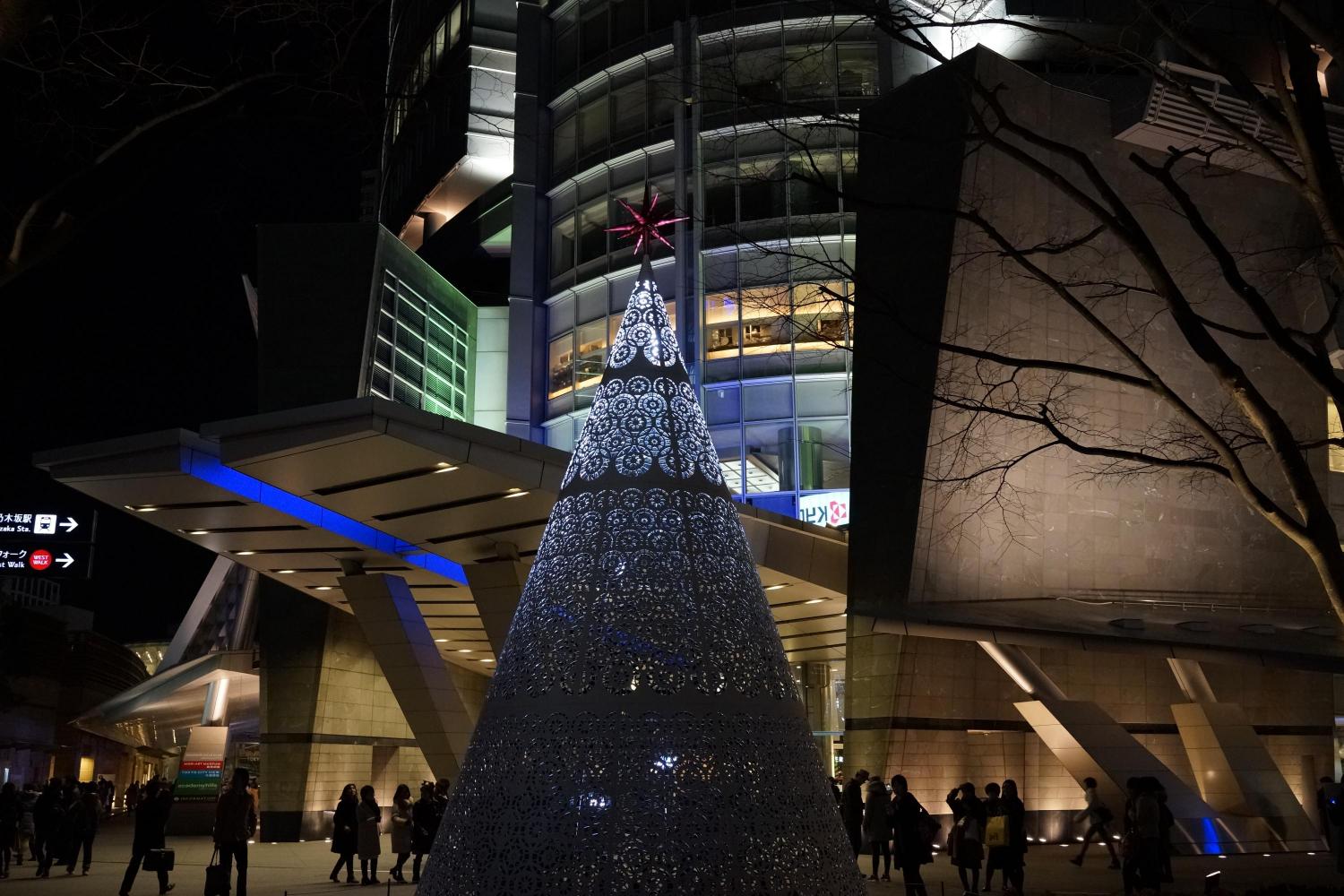 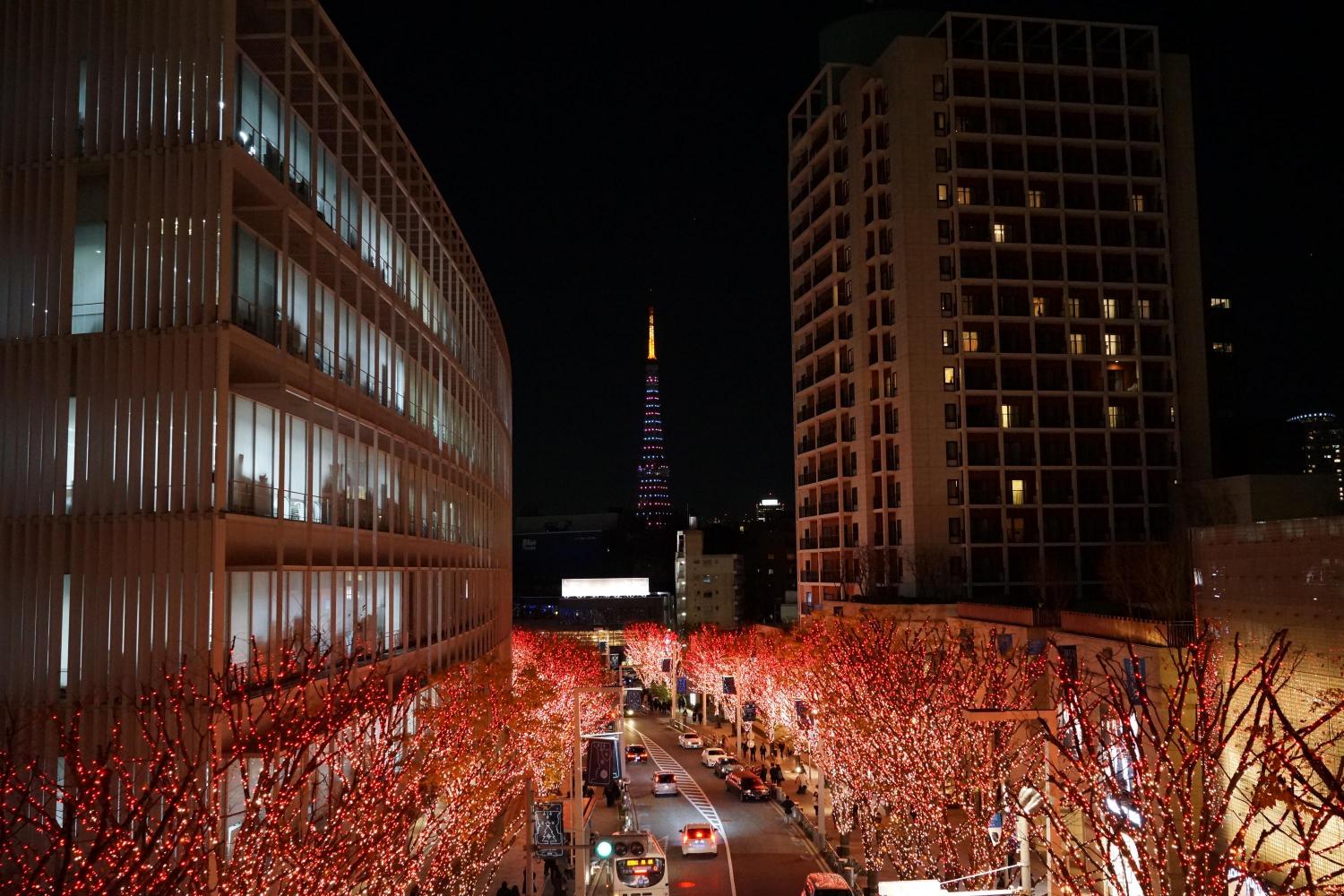 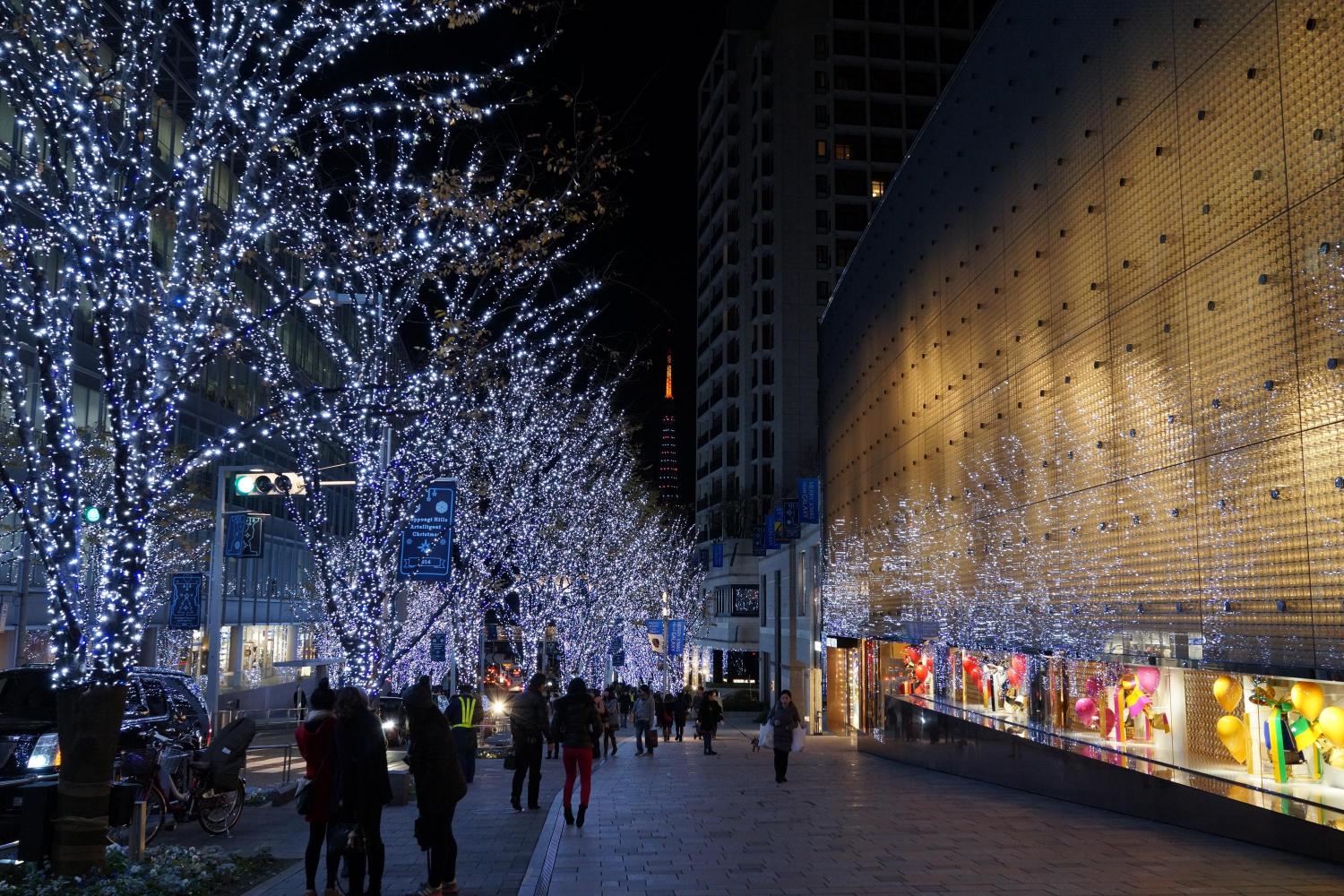 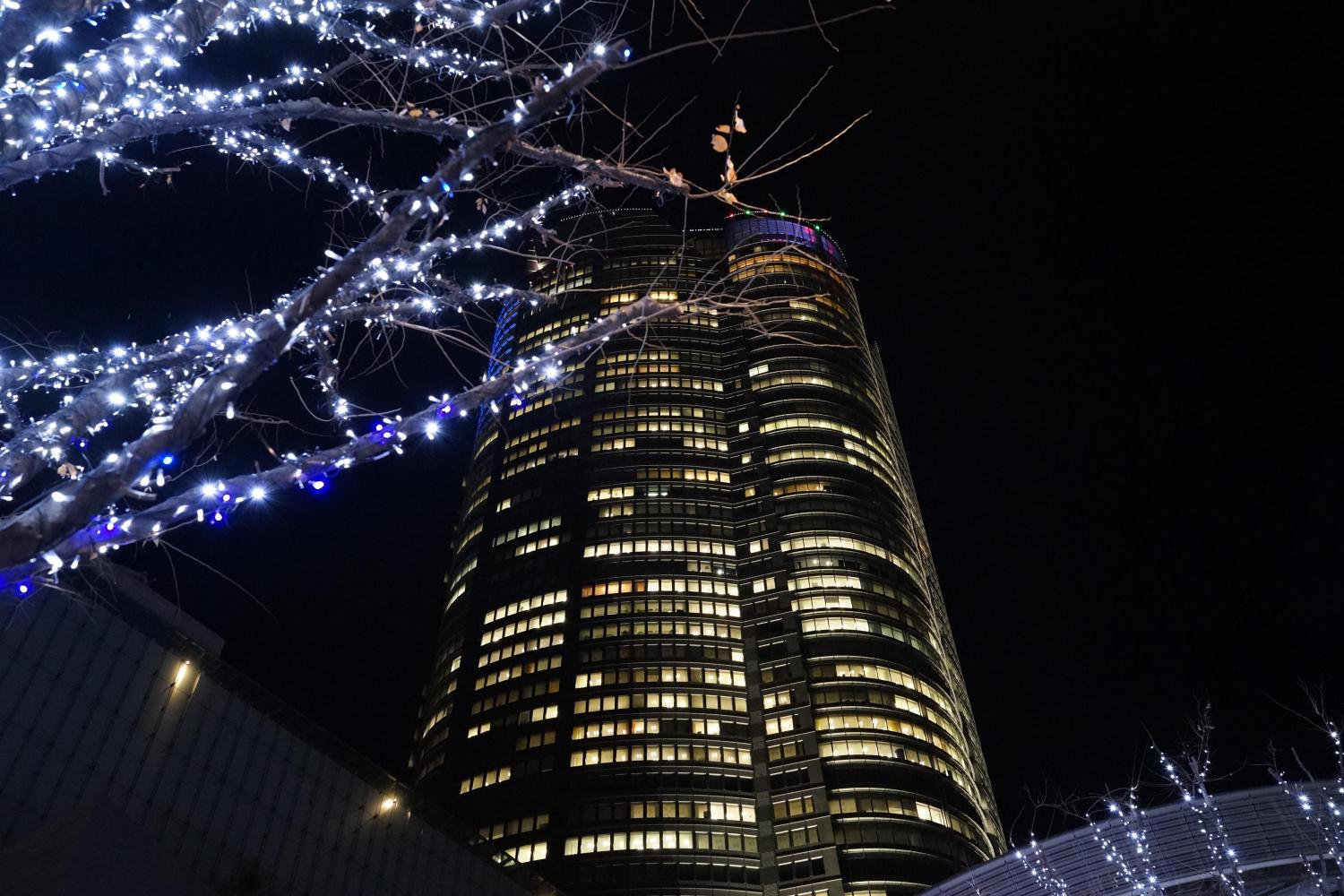 The view of Mori Tower from Keyakizaka Street 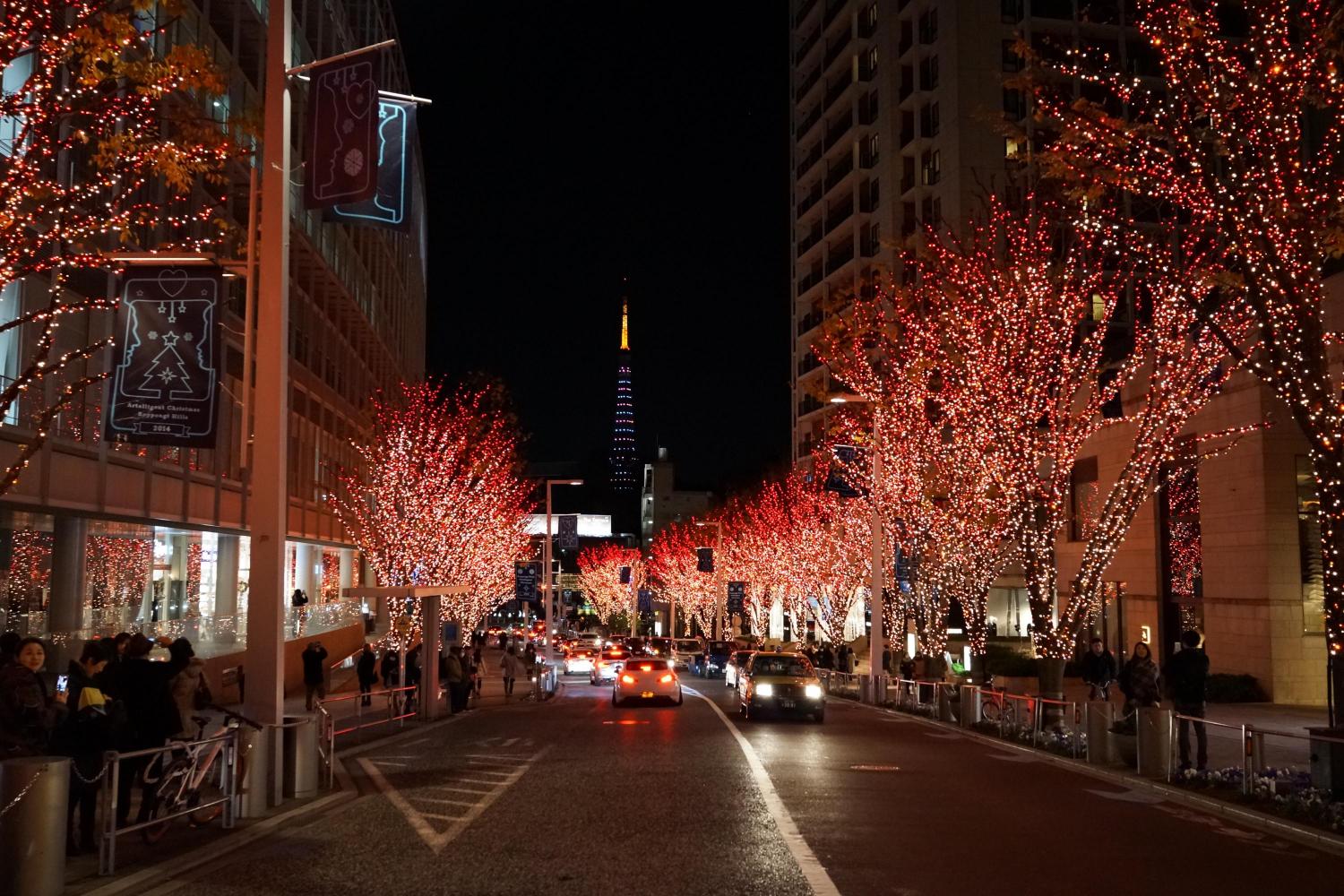 The view of Tokyo Tower from Keyakizaka Street 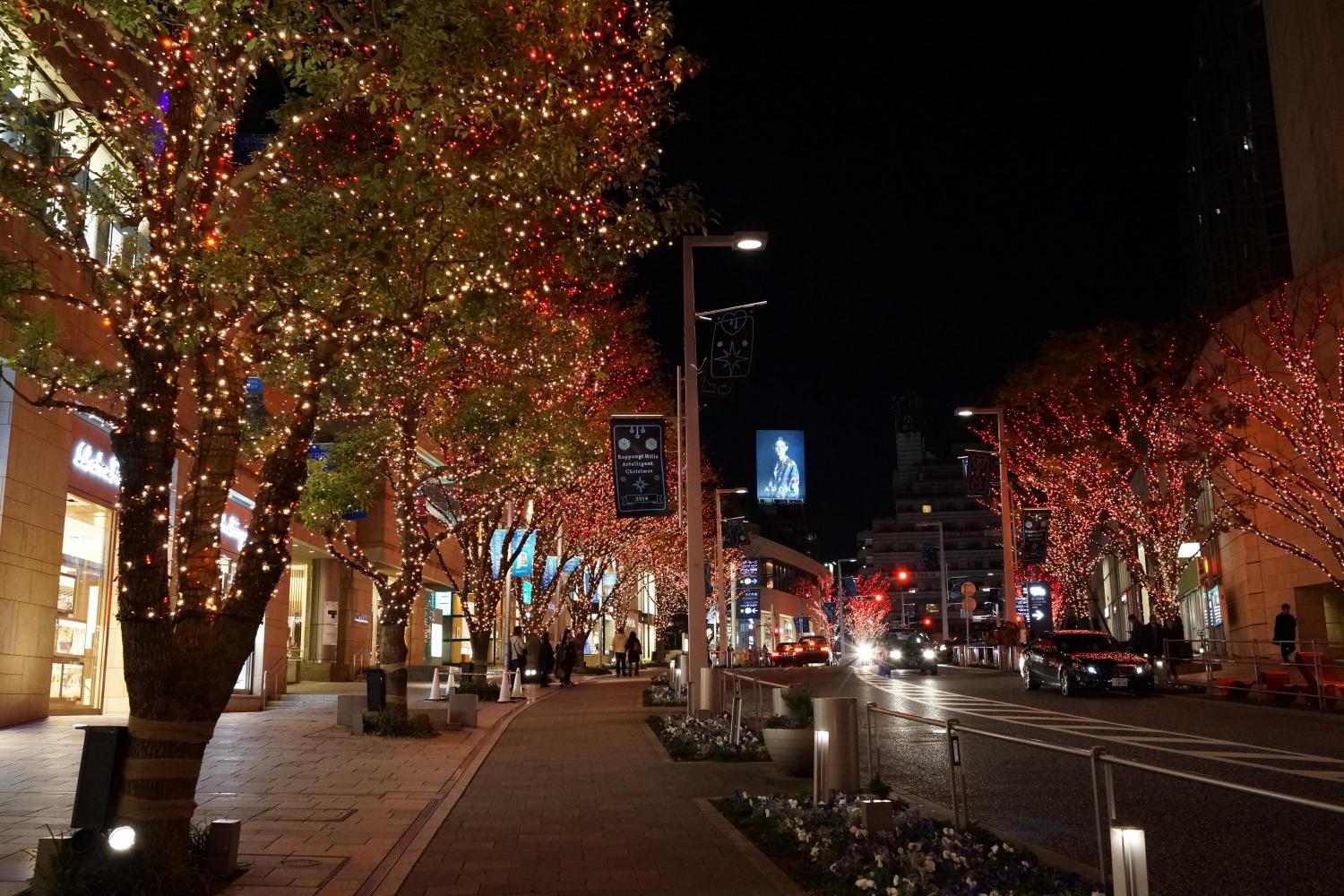 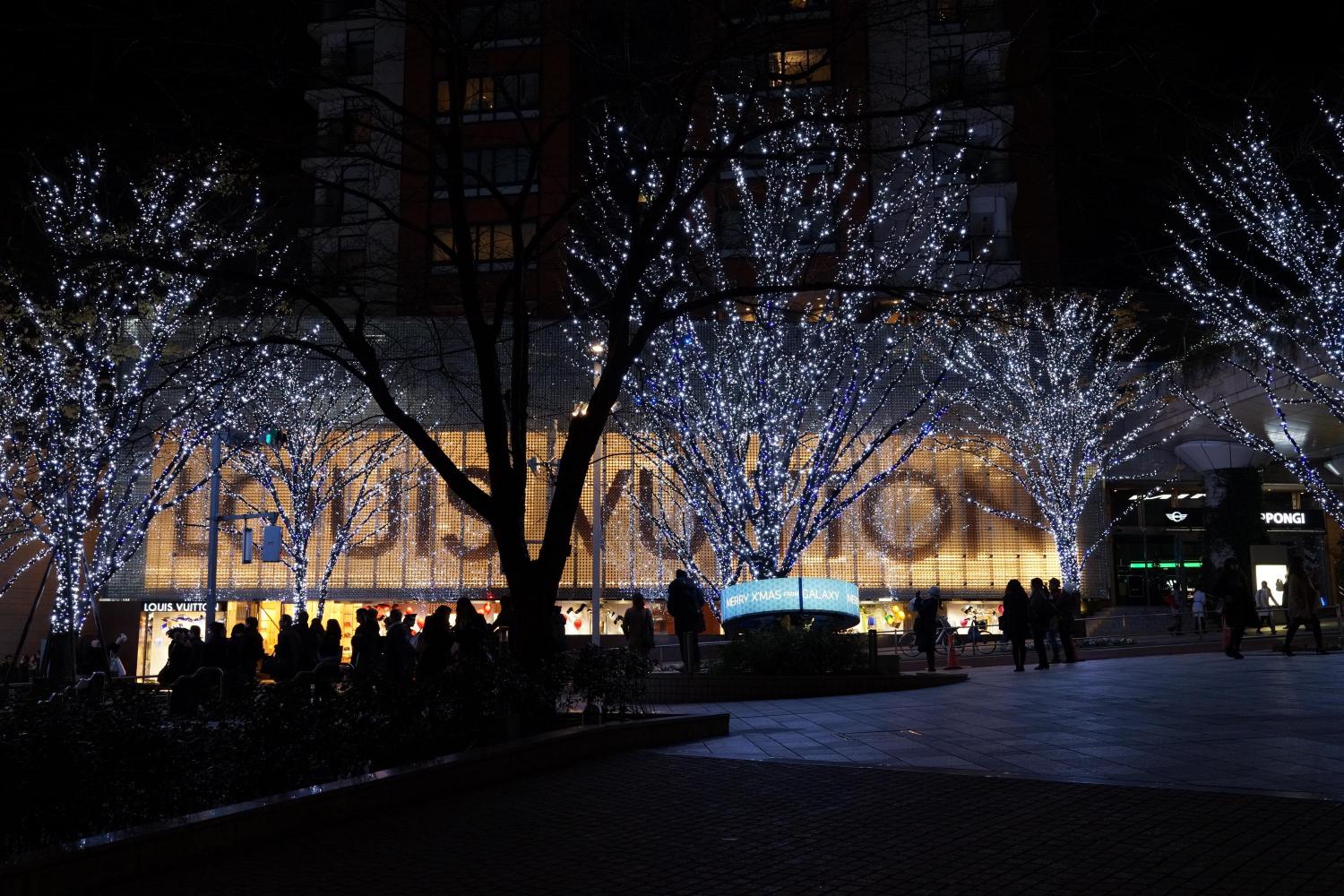 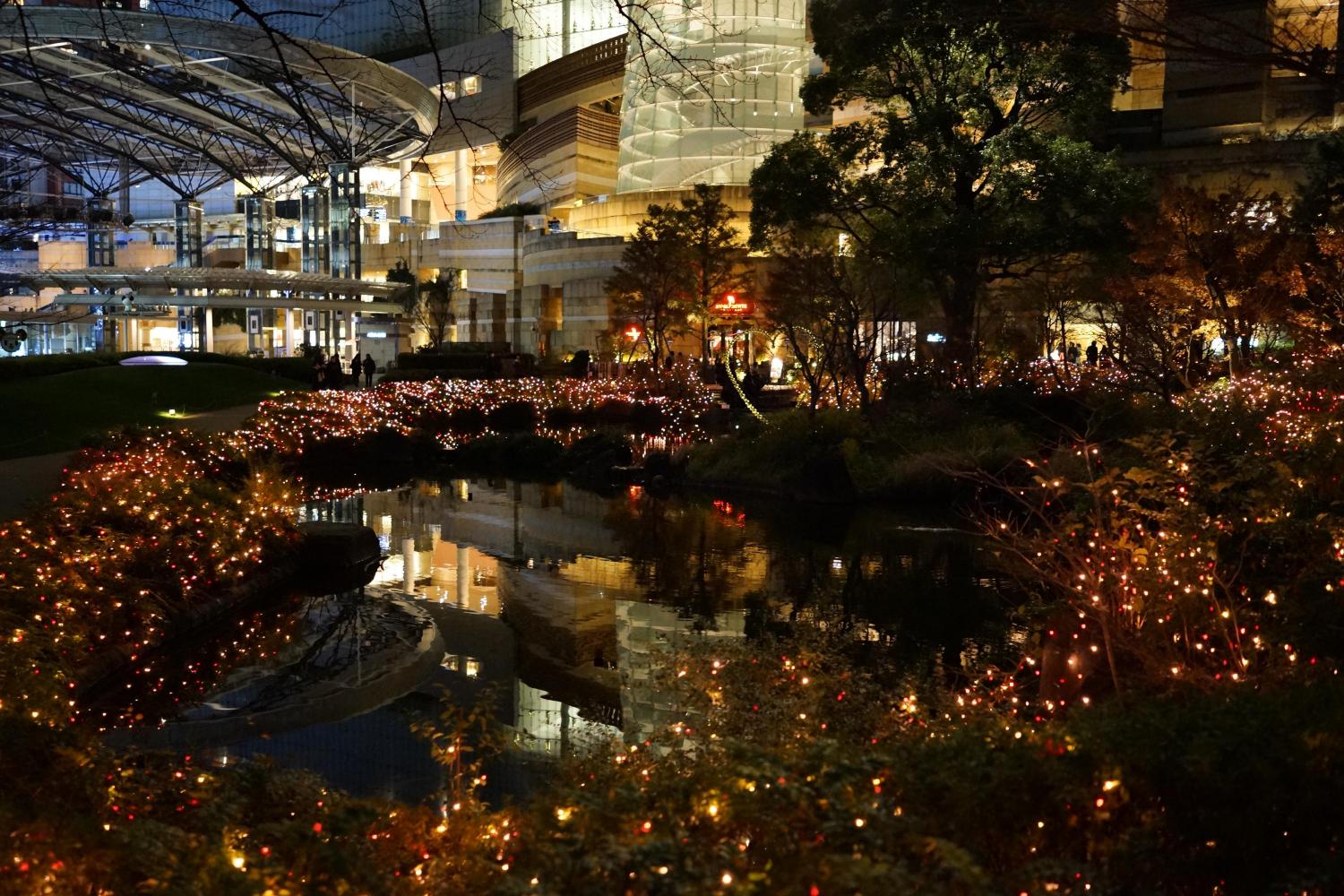 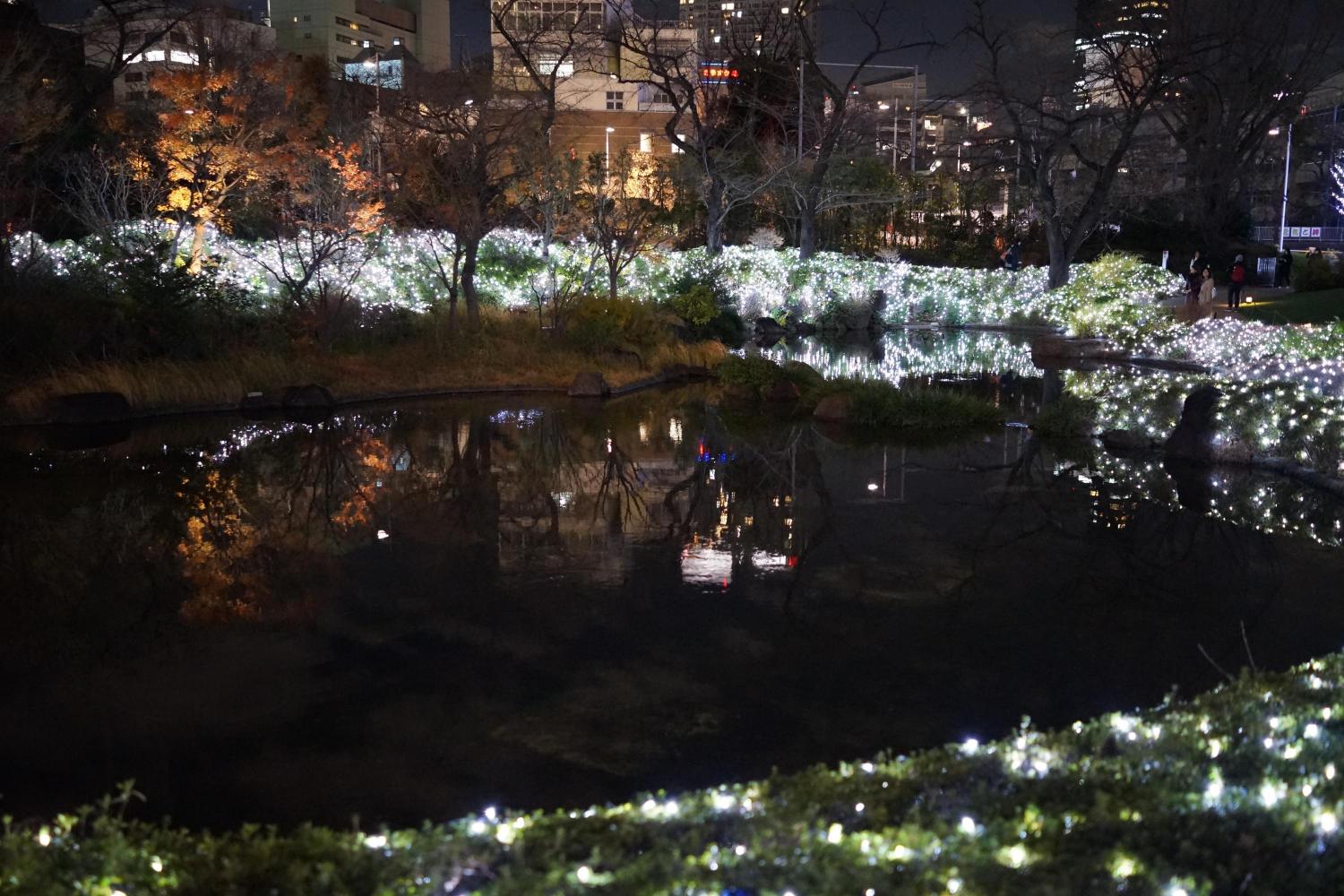