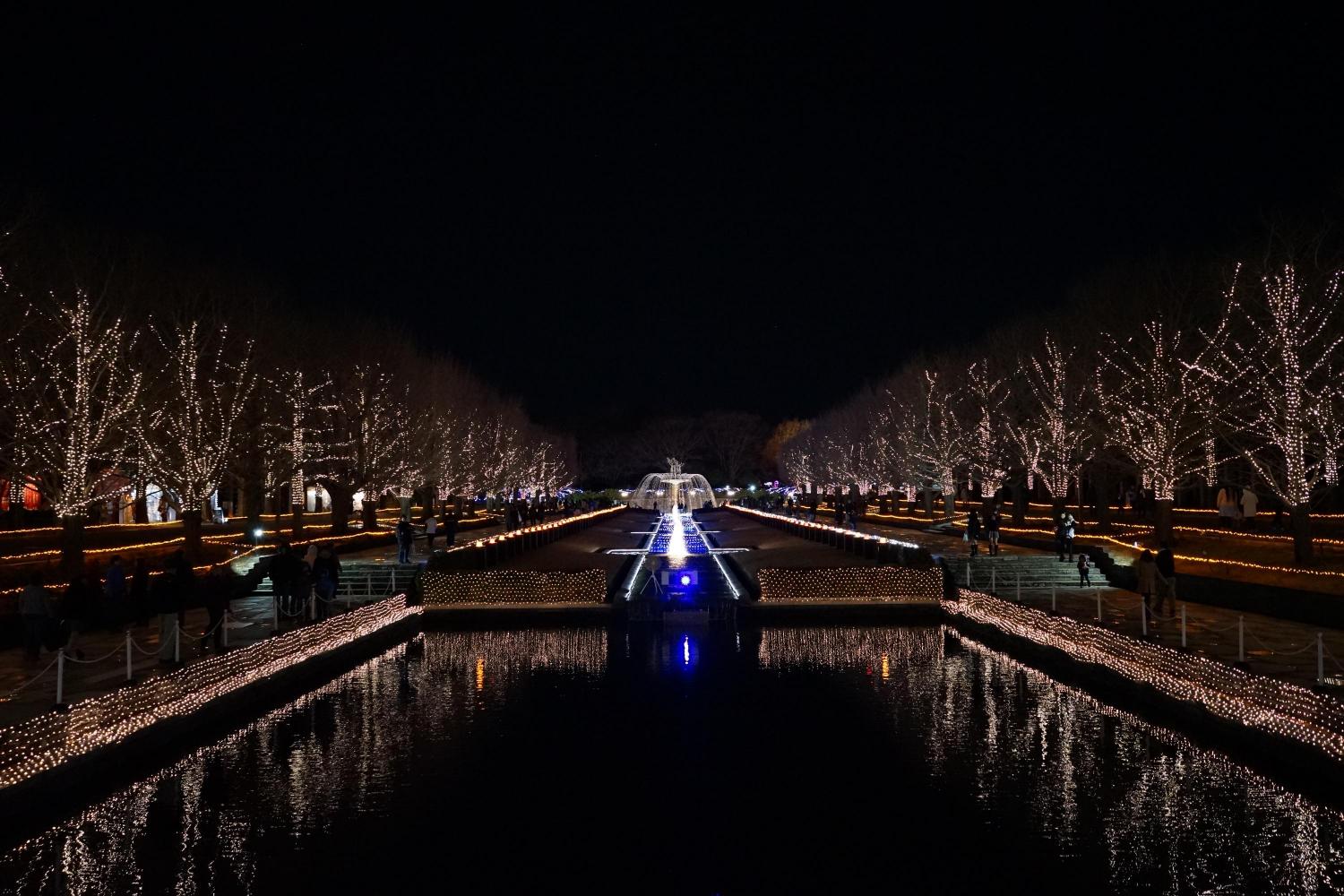 Showa Kinen Park (Showa Memorial Park) is in Tachikawa, which you can reach in 40 minutes by train from Shinjuku, central Tokyo.
The park is 10 minutes walk from Tachikawa station (JR Chuo line, Nanbu line, Tama Monorail) or 2 minutes walk from Nishitachikawa station (JR Ome line).
The park began to be developed commemorating the 50th anniversary of the enthronement of the Emperor Showa and opened in 1983.

Its total area is 180 hectares and it takes 50 minutes on foot from end to end.
There are various scenic spots such as Canal, Gingko Avenue, Japanese garden, open space with grass and Waterfowl Lake.

In Christmas season, you can see wonderful illuminations at Canal and Fureai Field, which is located in the southeastern part of the park.
At Canal, the stream in the center is illuminated in blue and trees along the stream is also lit up.
You can enjoy well-balanced beautiful scenery.

There are 30 towers with a height of about 5 meters in Fureai Field.
They are illuminated in interlock with music.
You can see colorful illumination show.

There is also an illuminated maze in Fureai Field, so both adults and children can enjoy the illumination in the park. 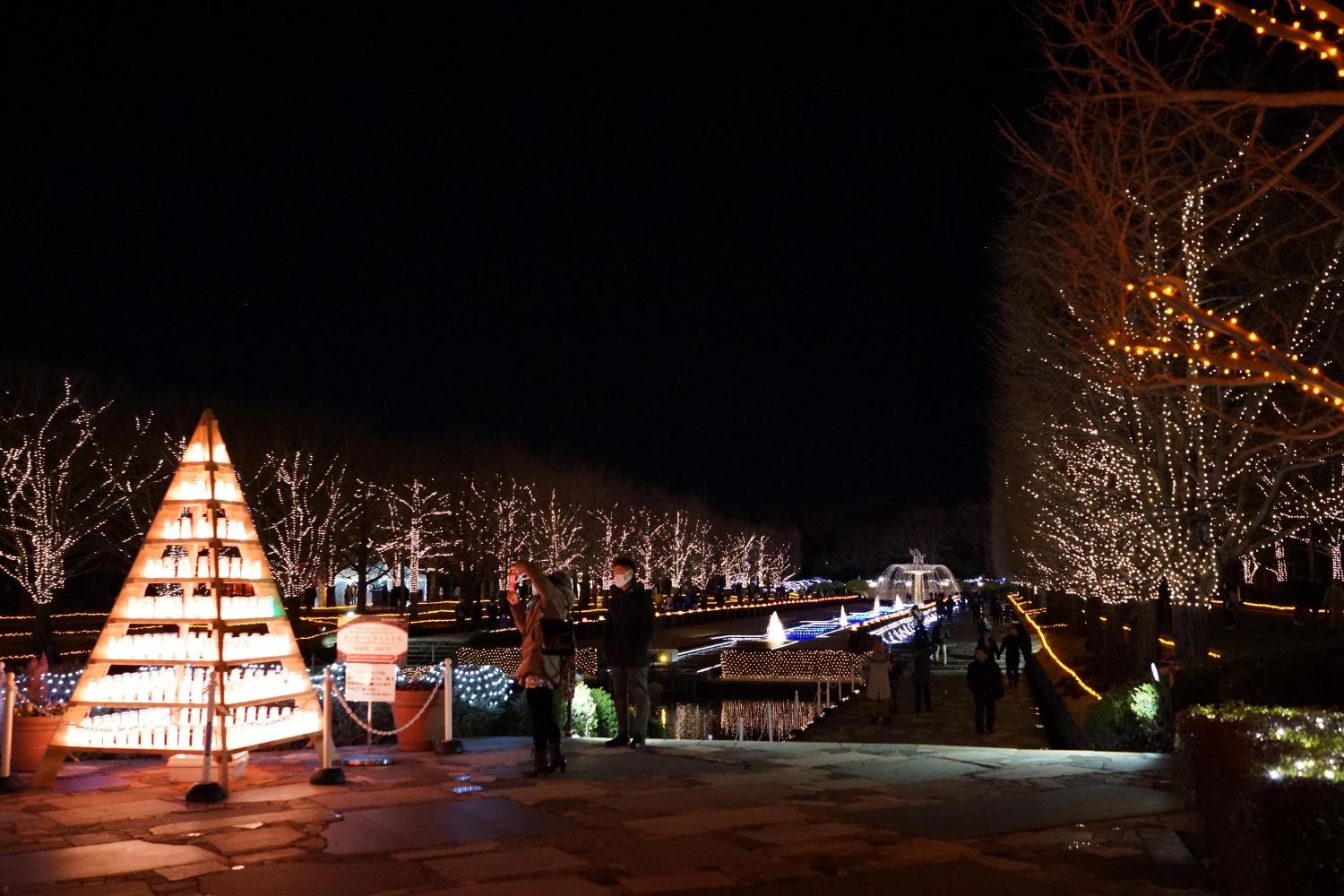 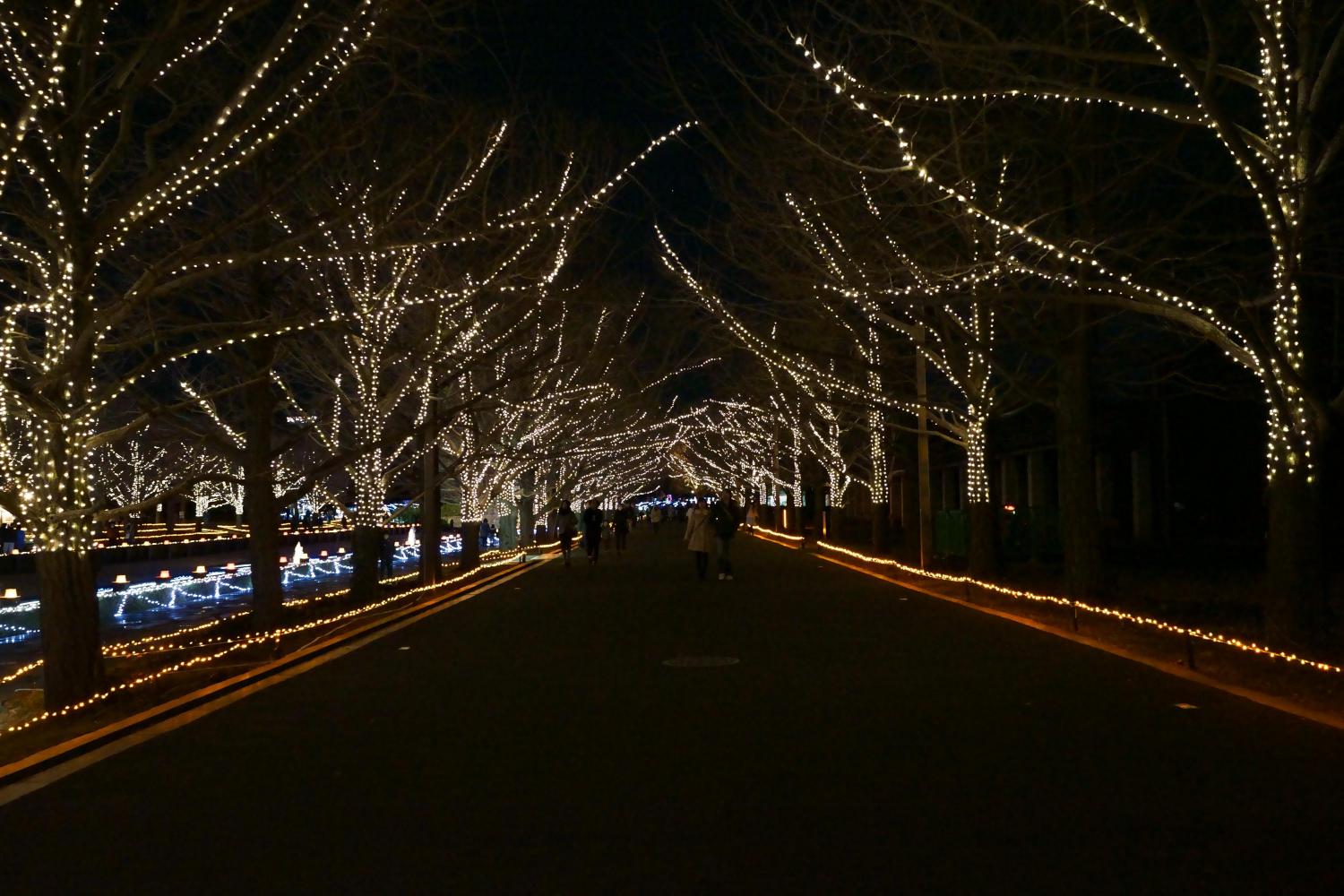 Trees along the stream 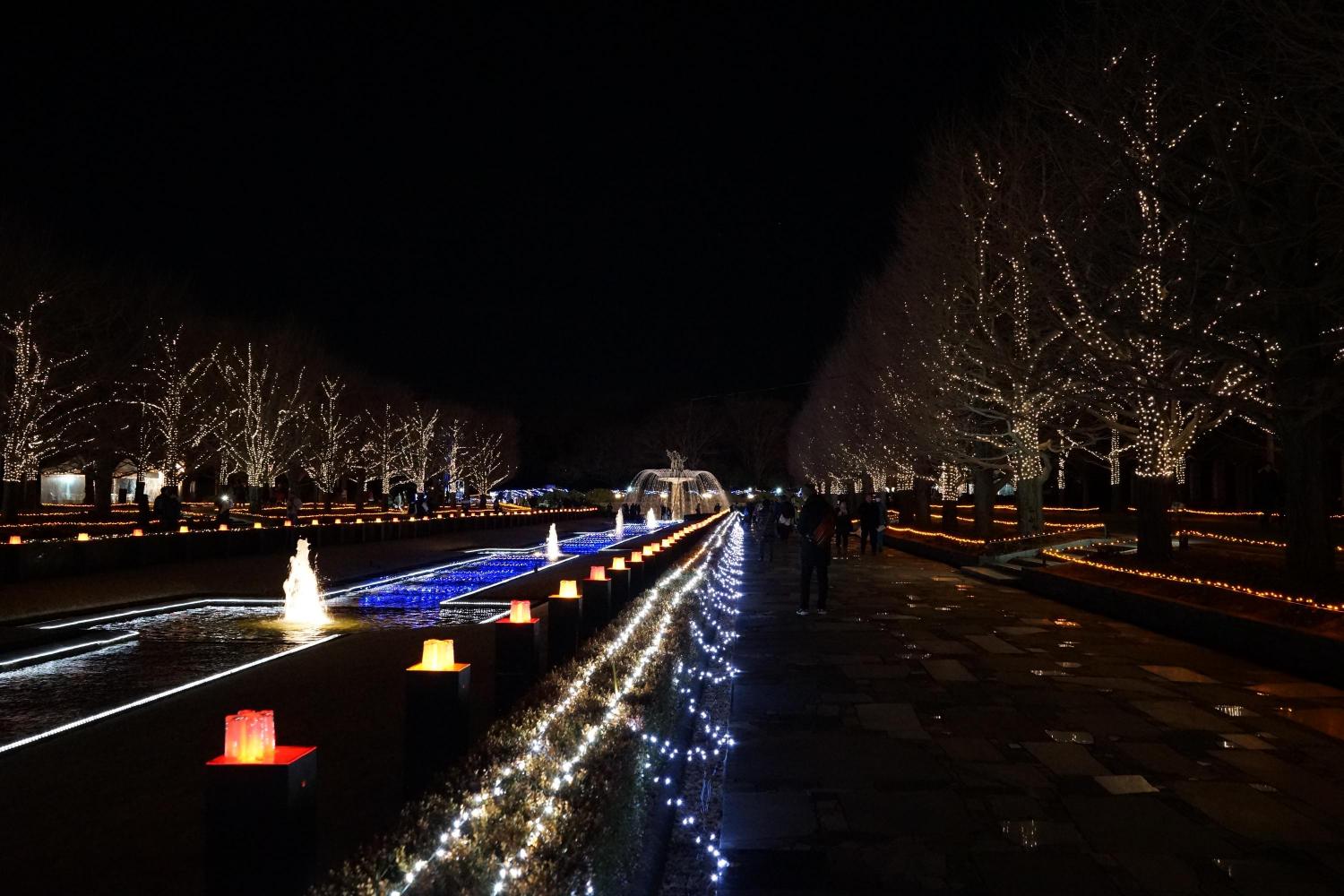 There are 5 large and small fountains 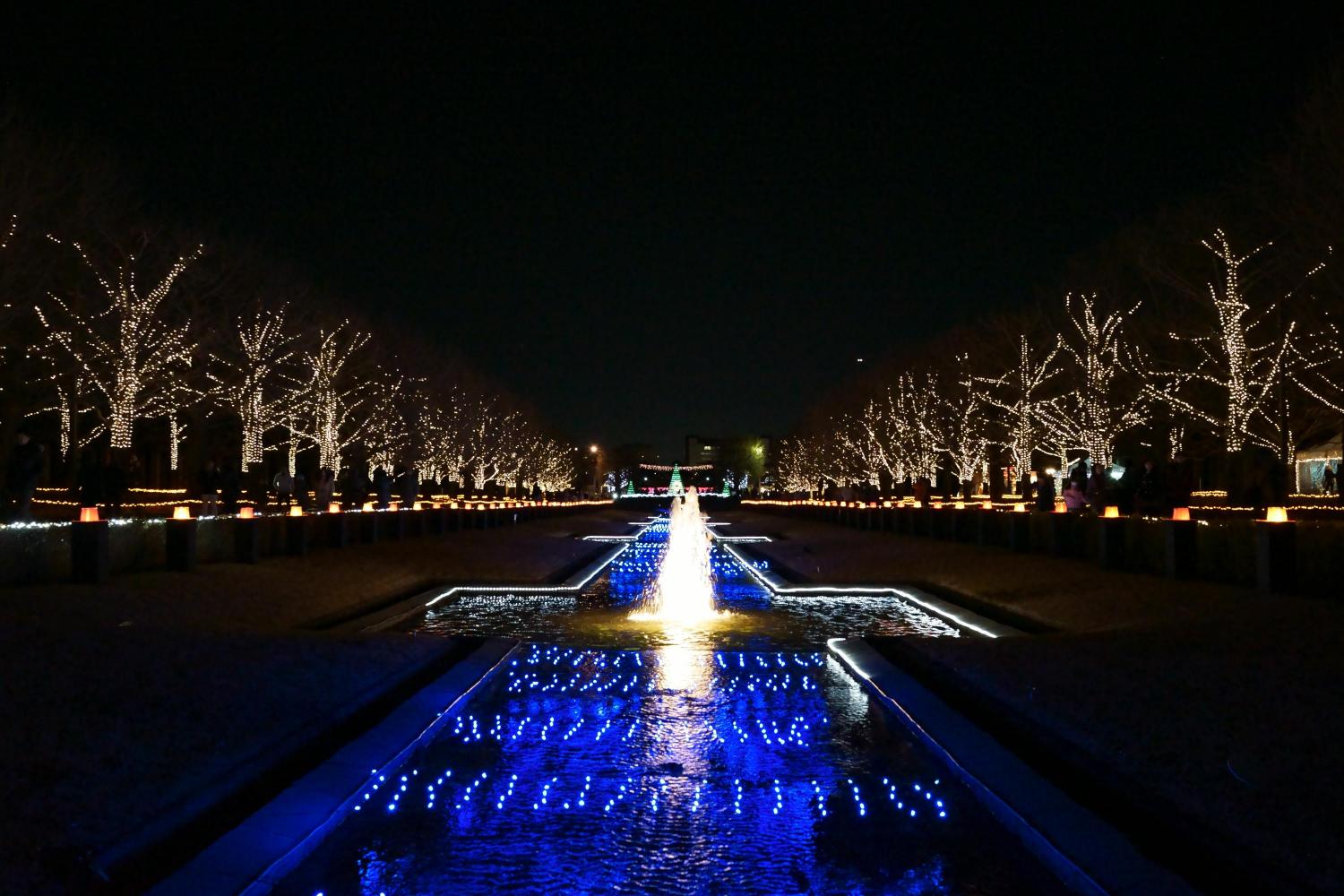 The stream illuminated in blue 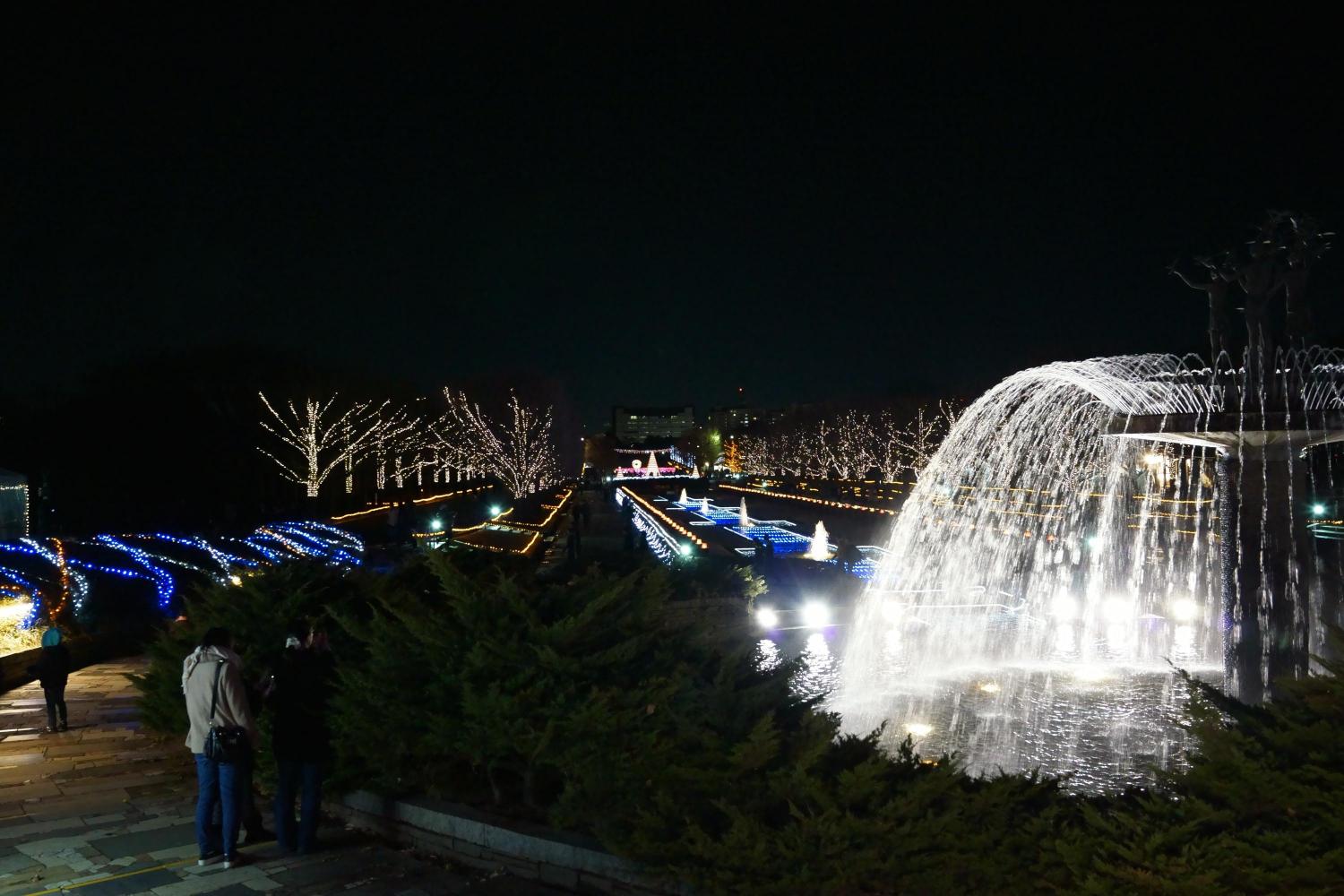 The large fountain and the full view of Canal 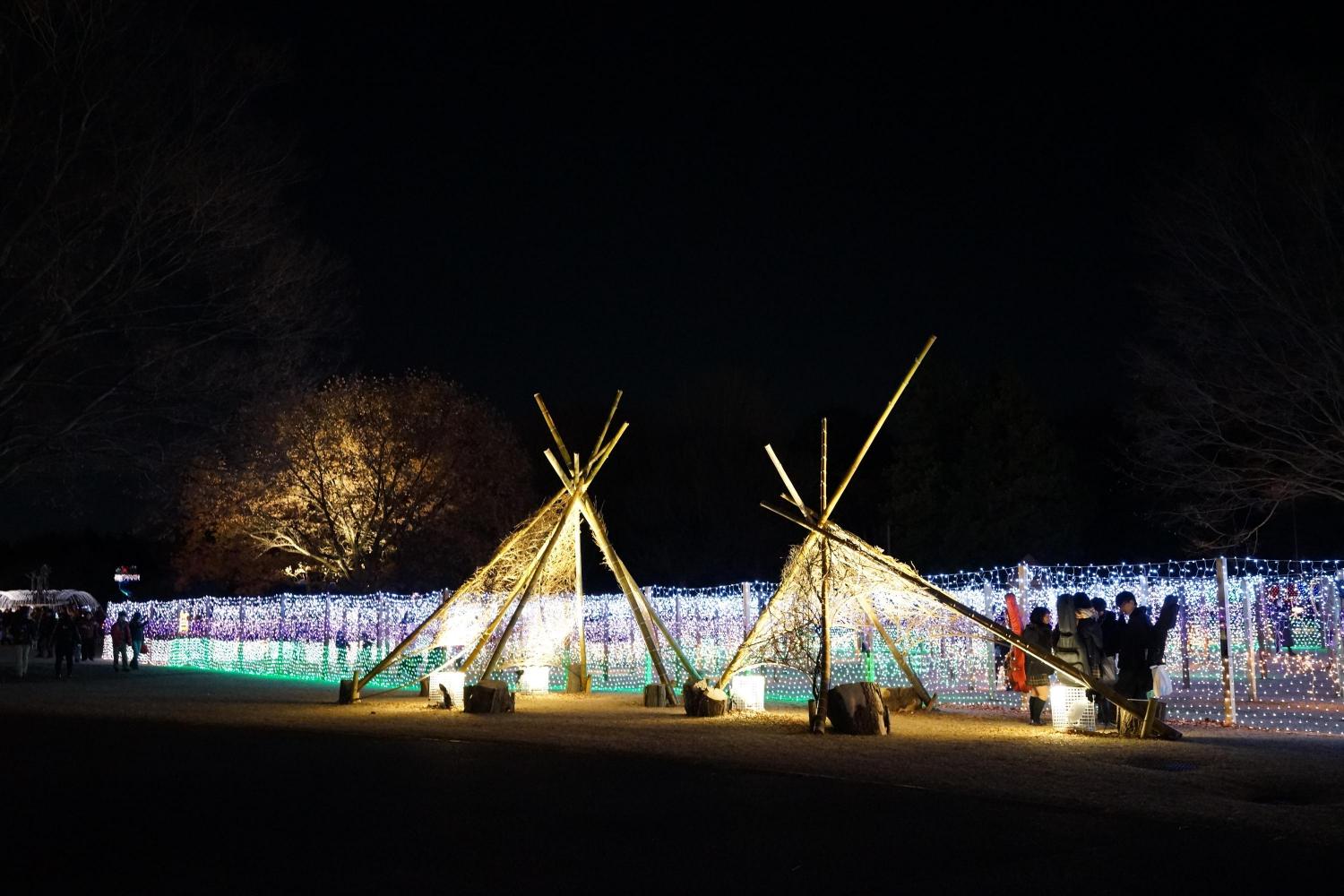 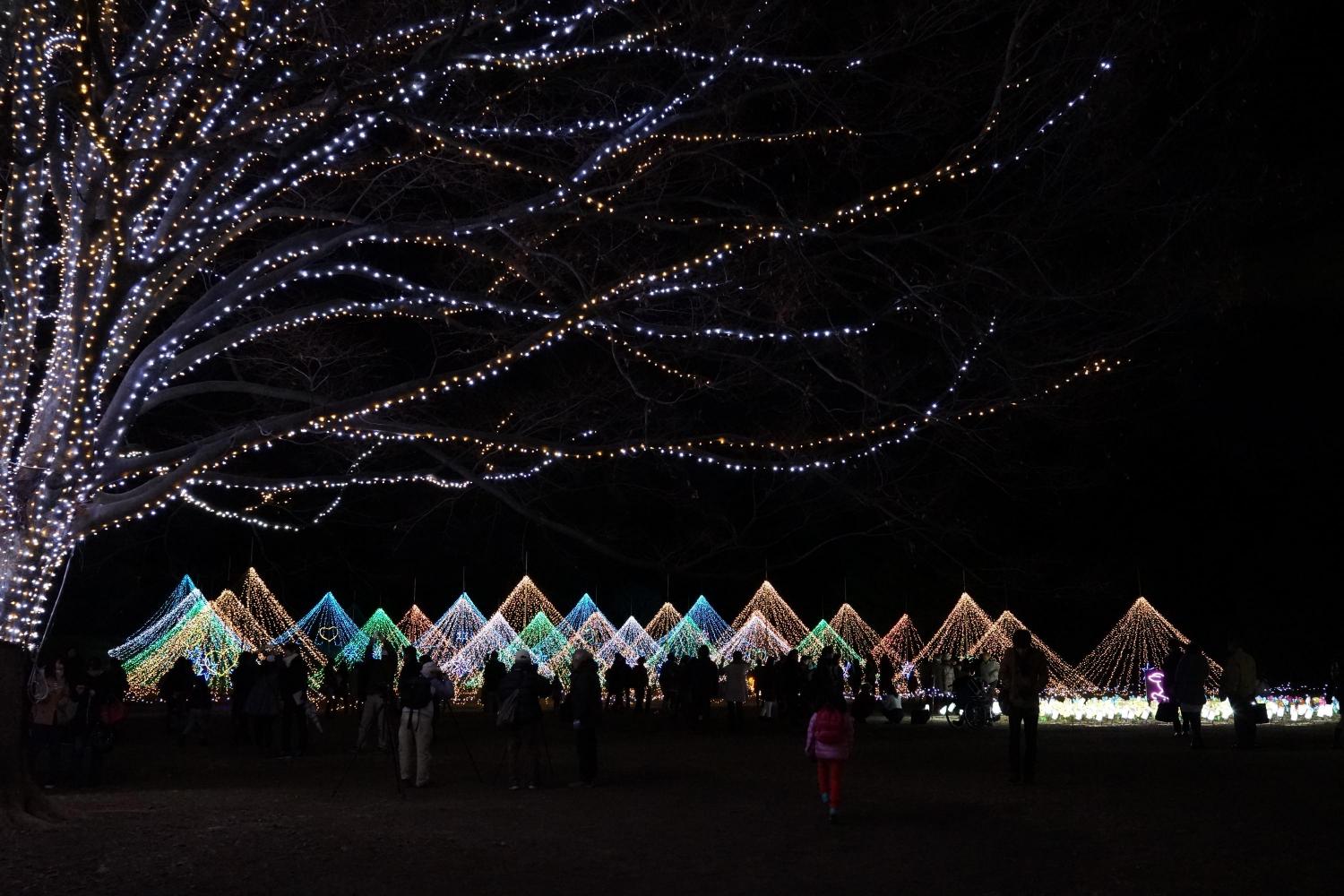 A big tree and towers 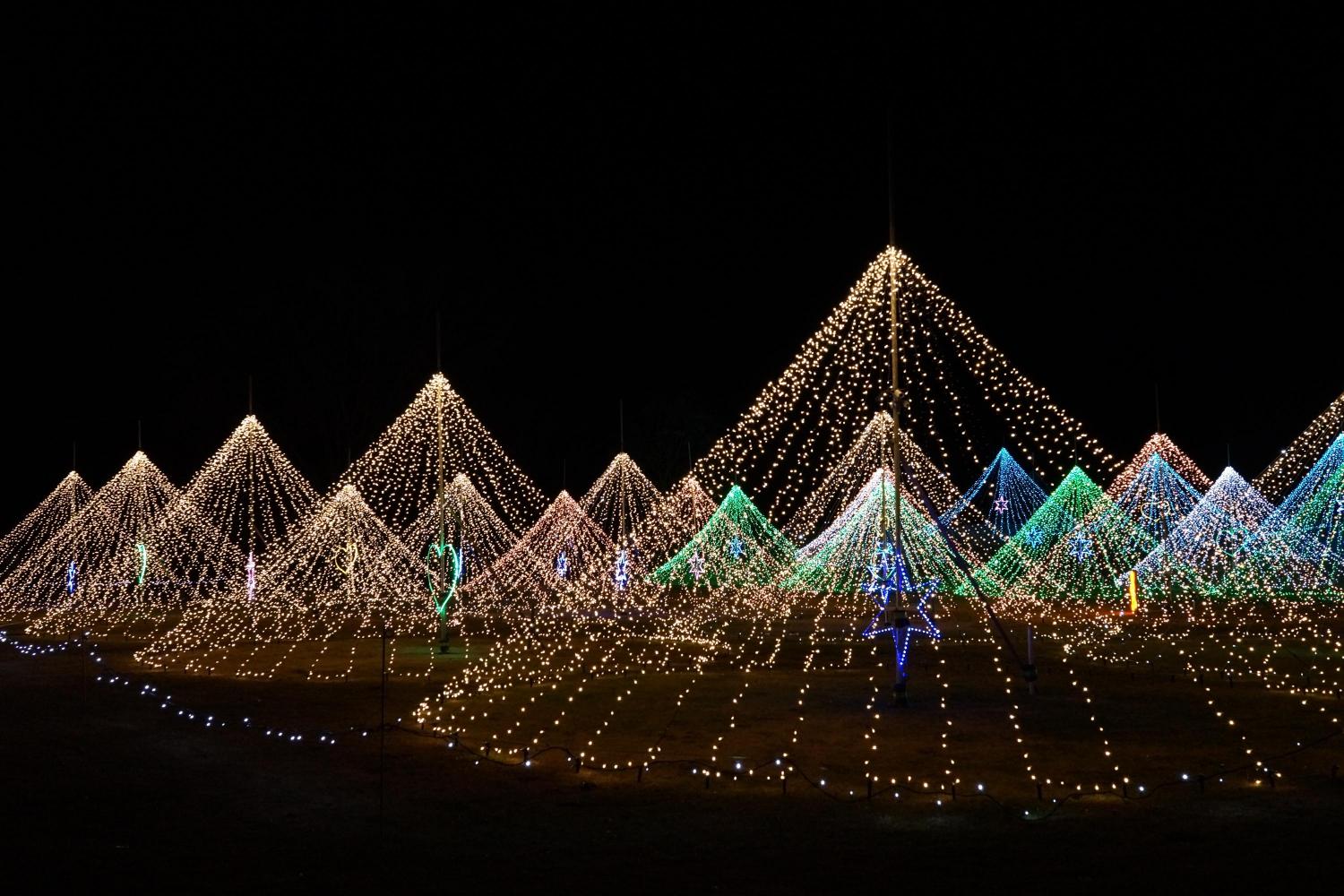 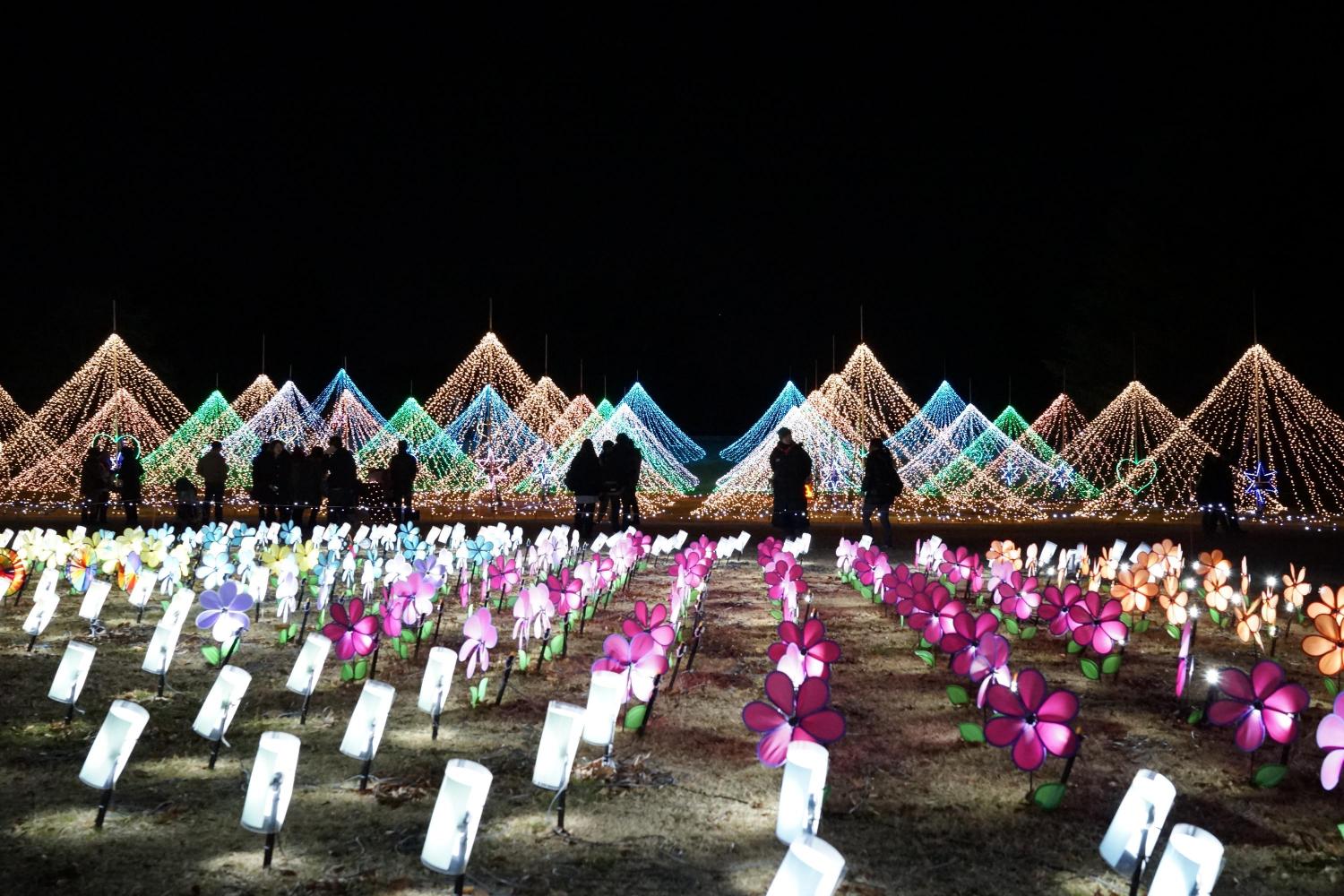 Towers and a fake flower bed