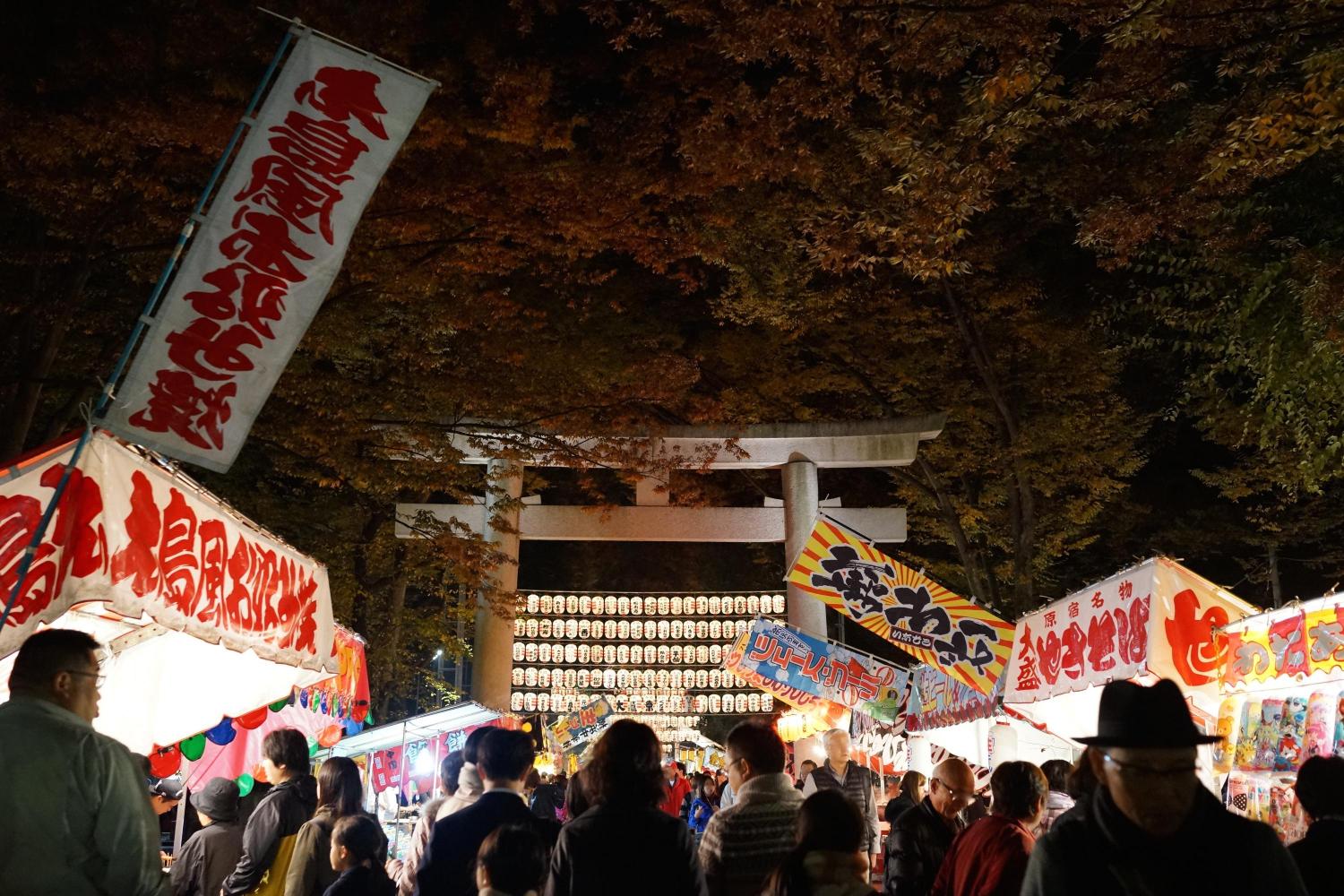 Torii (gateway of the shrine)

The season for festivals called "Otori sai" or "Tori no Ichi" has come again this year. The festivals are held every November. In the festivals many Kumade (rakes) are sold, which are considered a lucky charm.
In Kanto region including Tokyo, there are three greatest "Tori no Ichi"; one at Okunitama shrine, one at Ohtori shrine and Chokokuji temple and one at Hanazono shrine.

Okunitama shrine is located in Fuchu, a suburb of Tokyo. The shrine has a history of about 1900 years (founded in 111). It is "So-ja shrine" (shrine enshrining several gods) in Musashi Province (historical region consisting of modern Tokyo, Saitama and eastern Kanagawa prefectures) and one of the five highest shrines in Tokyo. The enshrined deity (Okunitama no Okami) is identified with Okuninushi no kami that is famous as the enshrined deity of Izumo Taisha Shrine and the shrine is considered to have the benefit of realizing matchmaking. Surround by rich greenery the grounds of the shrine is very wide and the buildings are magnificent. It is very fun to walk around the shrine.

At the festival there are various stalls including Kumade stalls along the approach. Many people visit the festival and it gets lively. 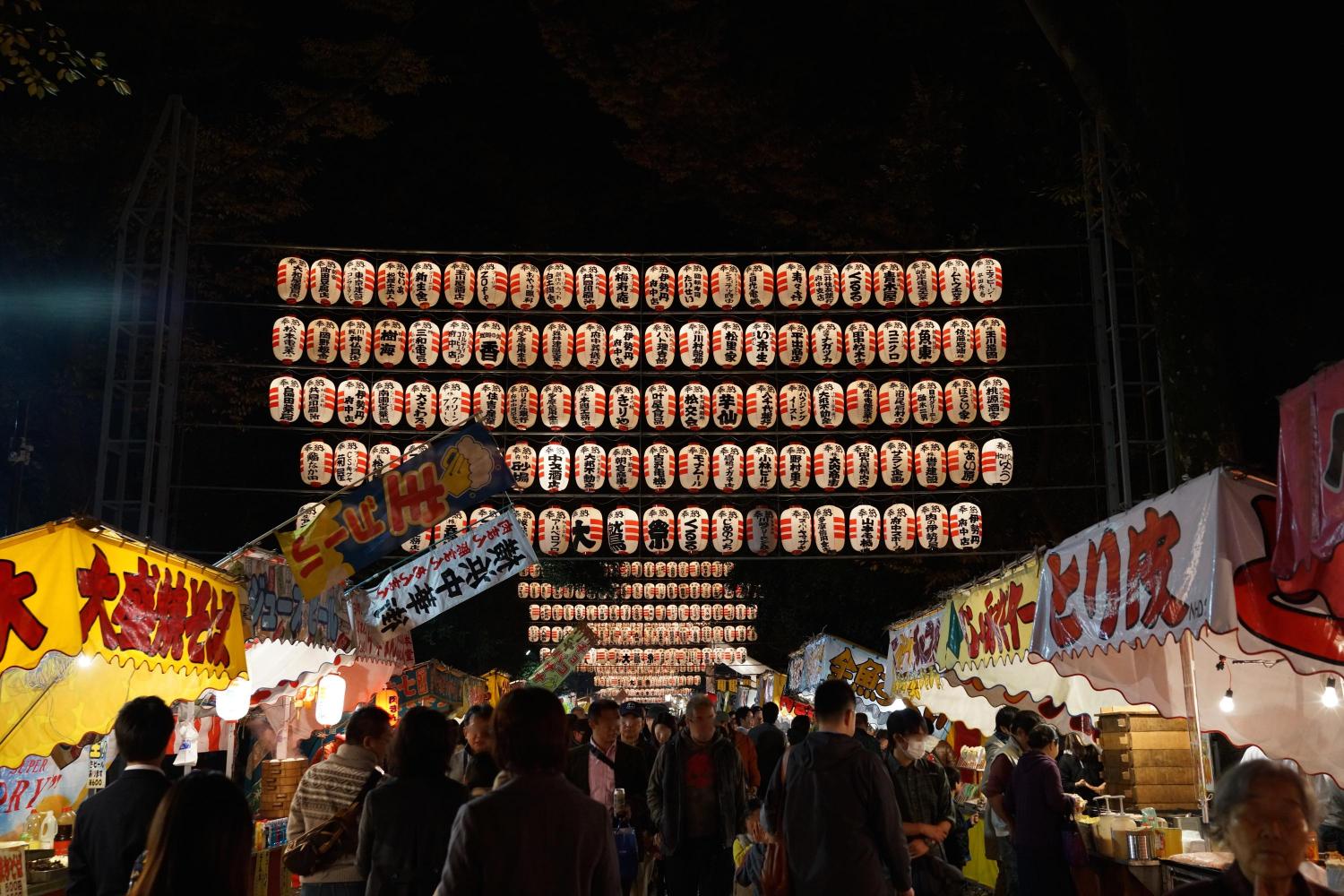 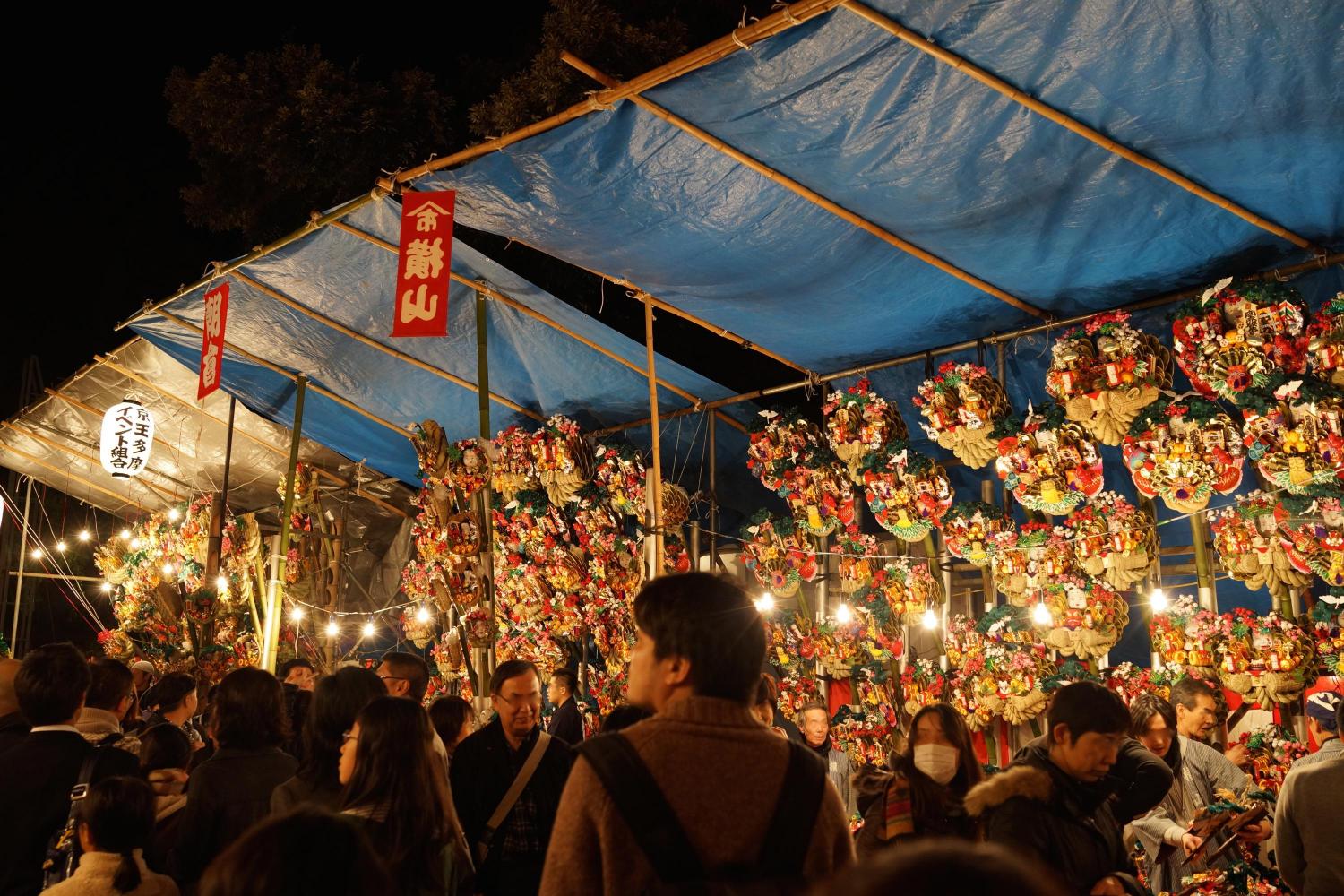 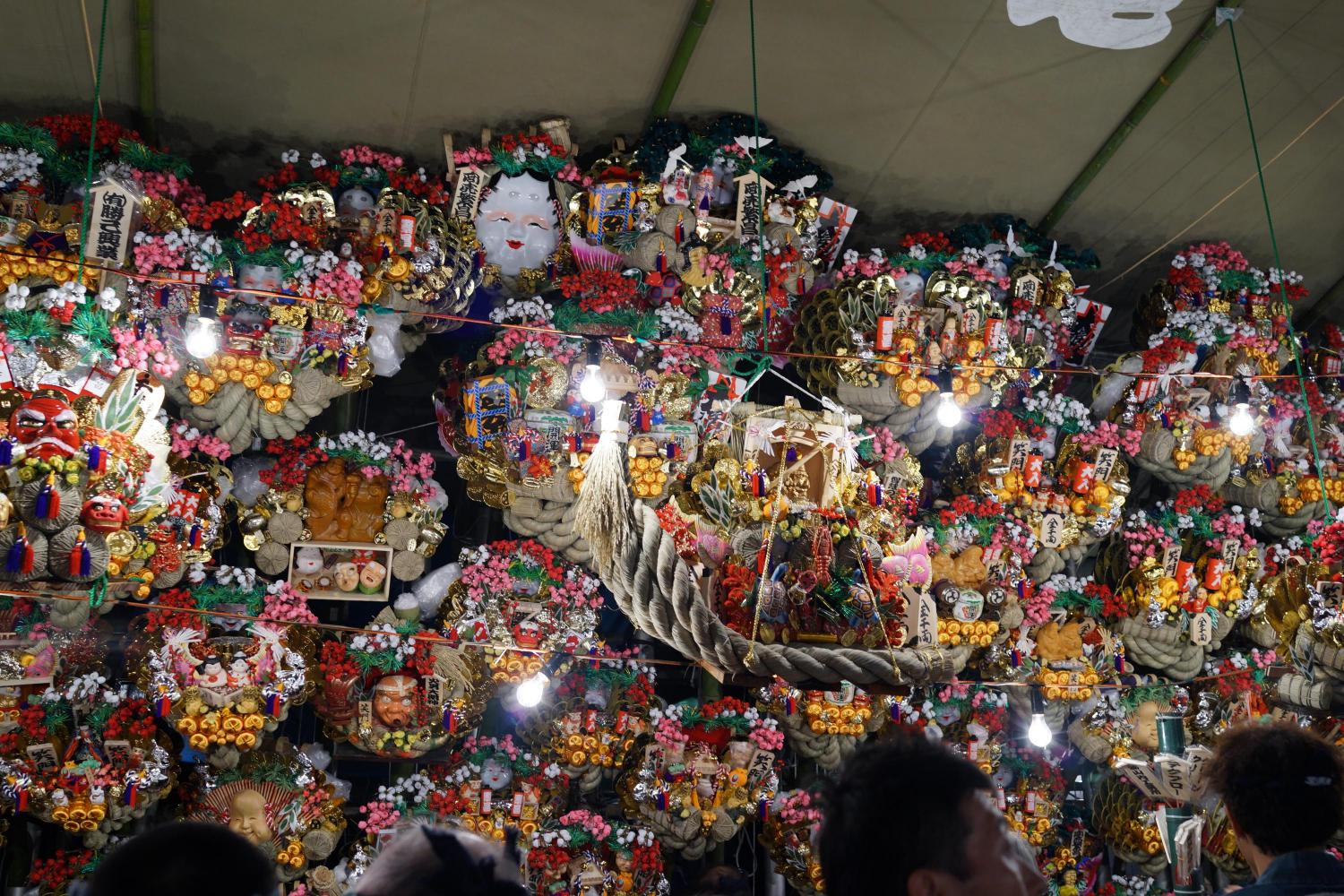 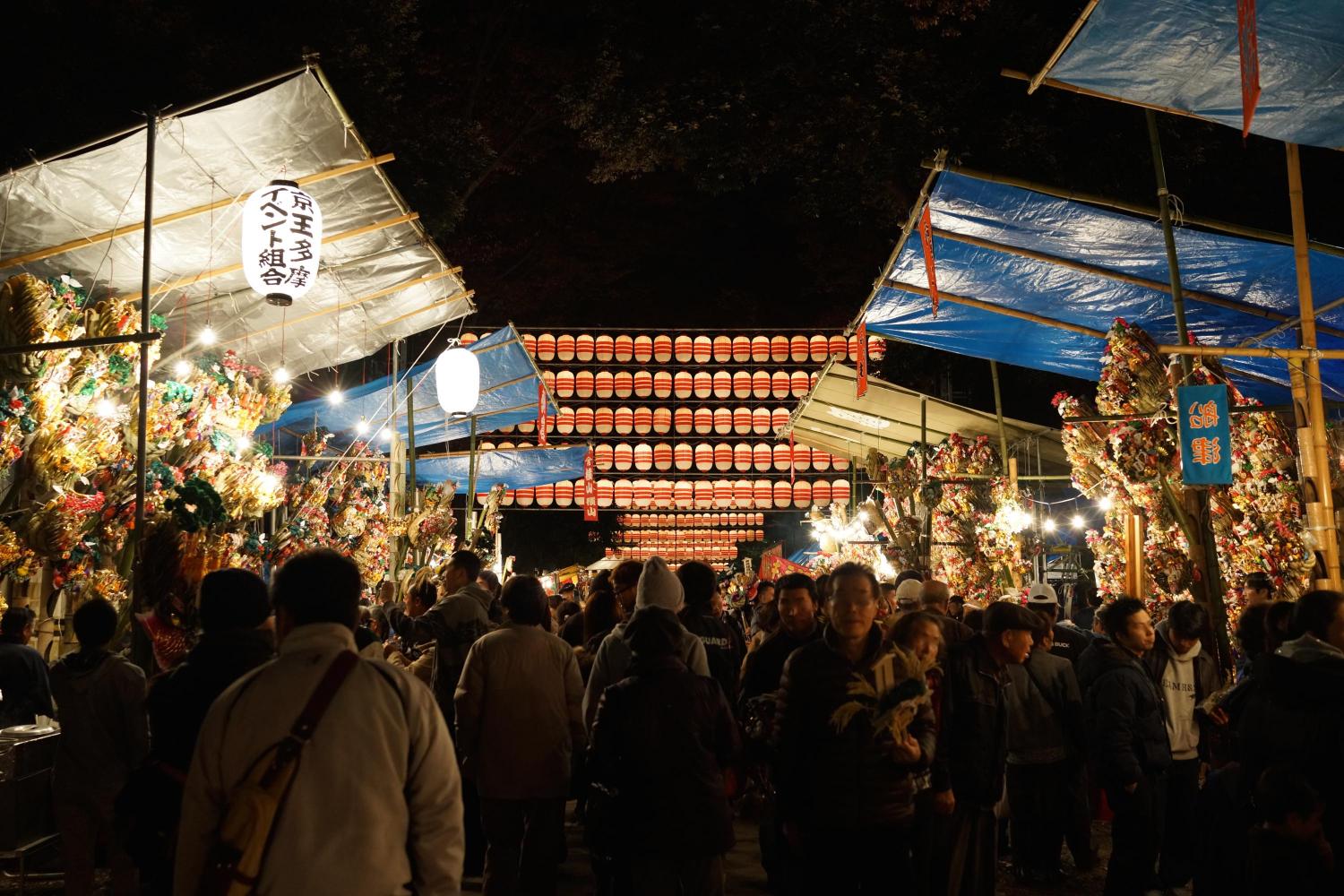 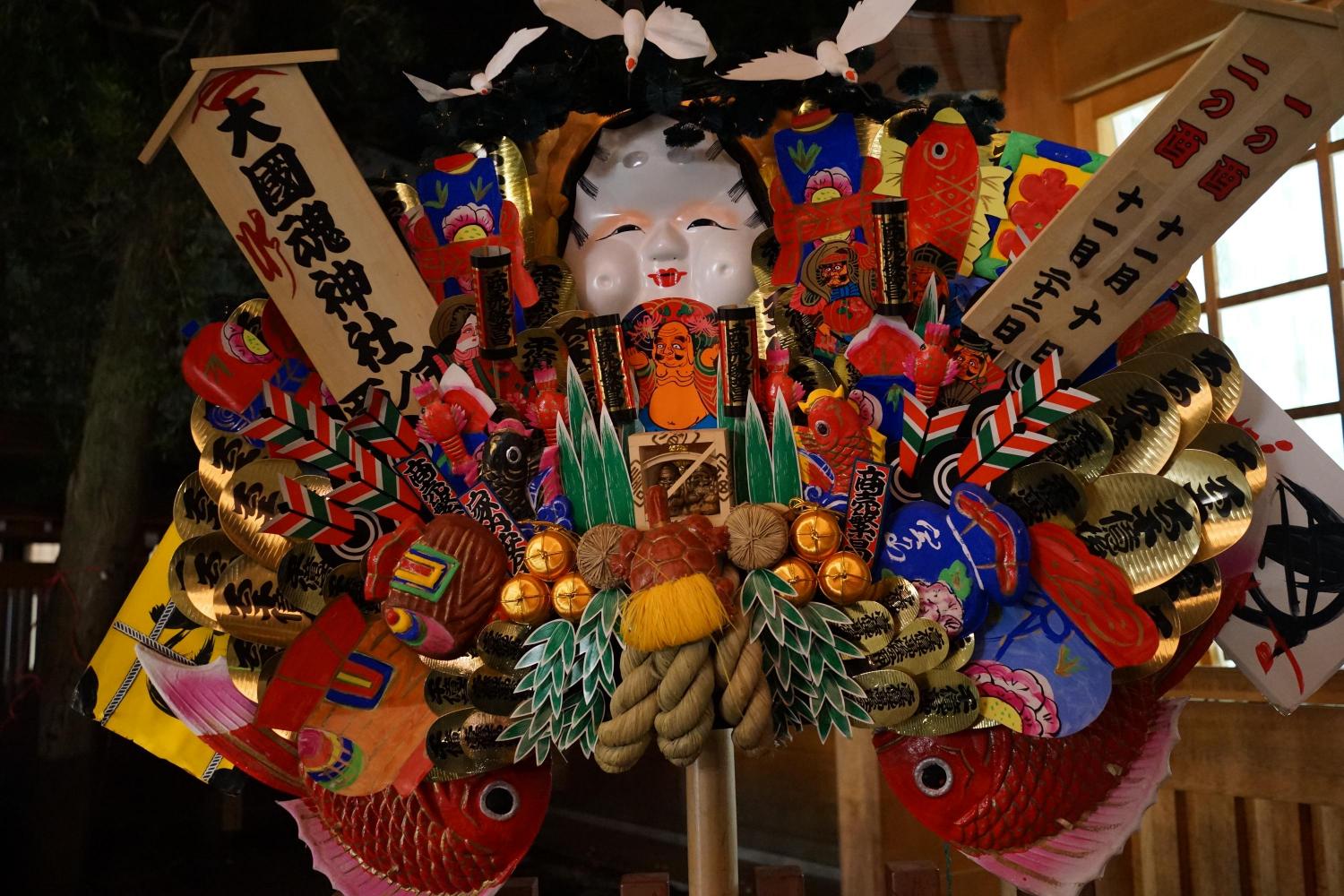 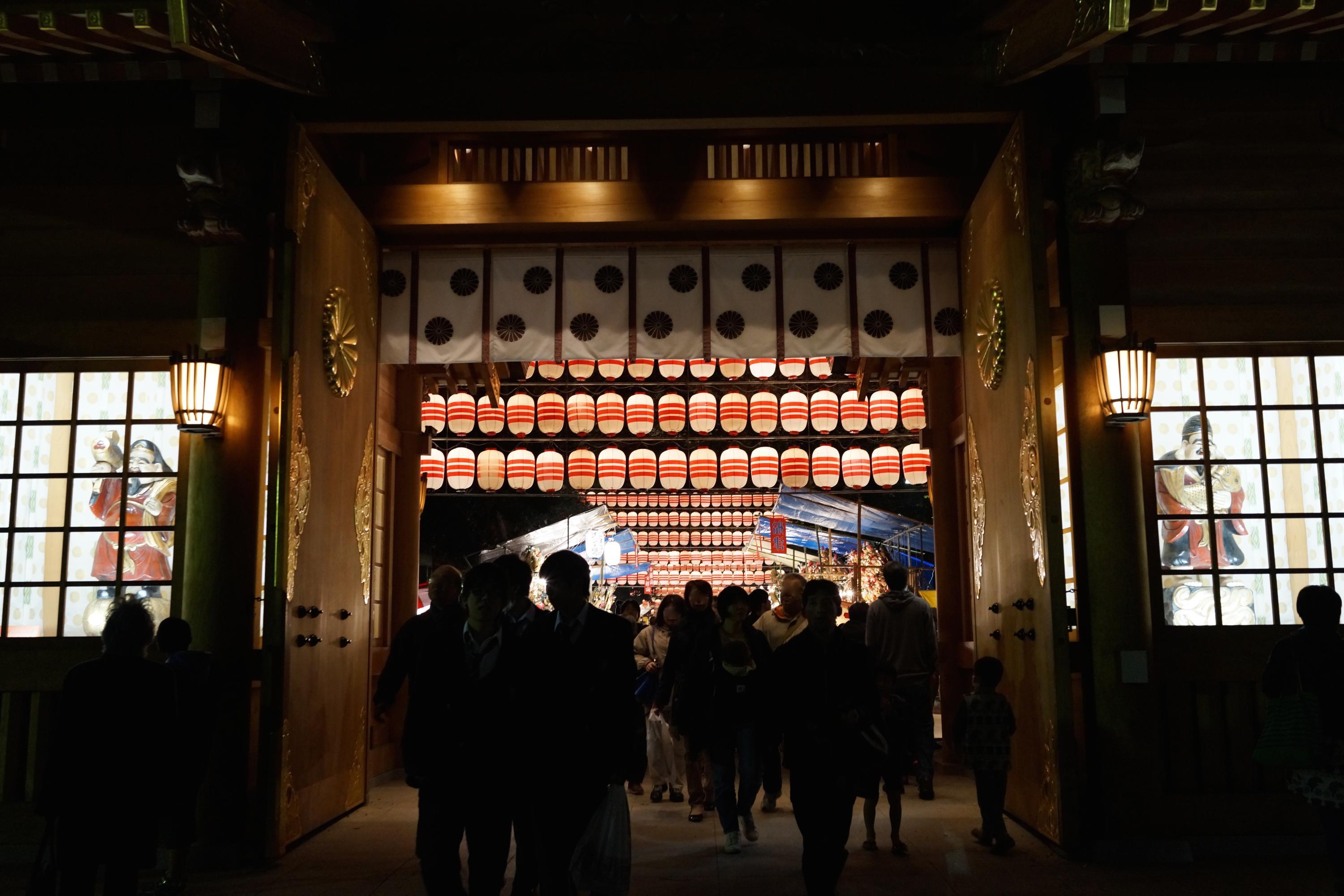 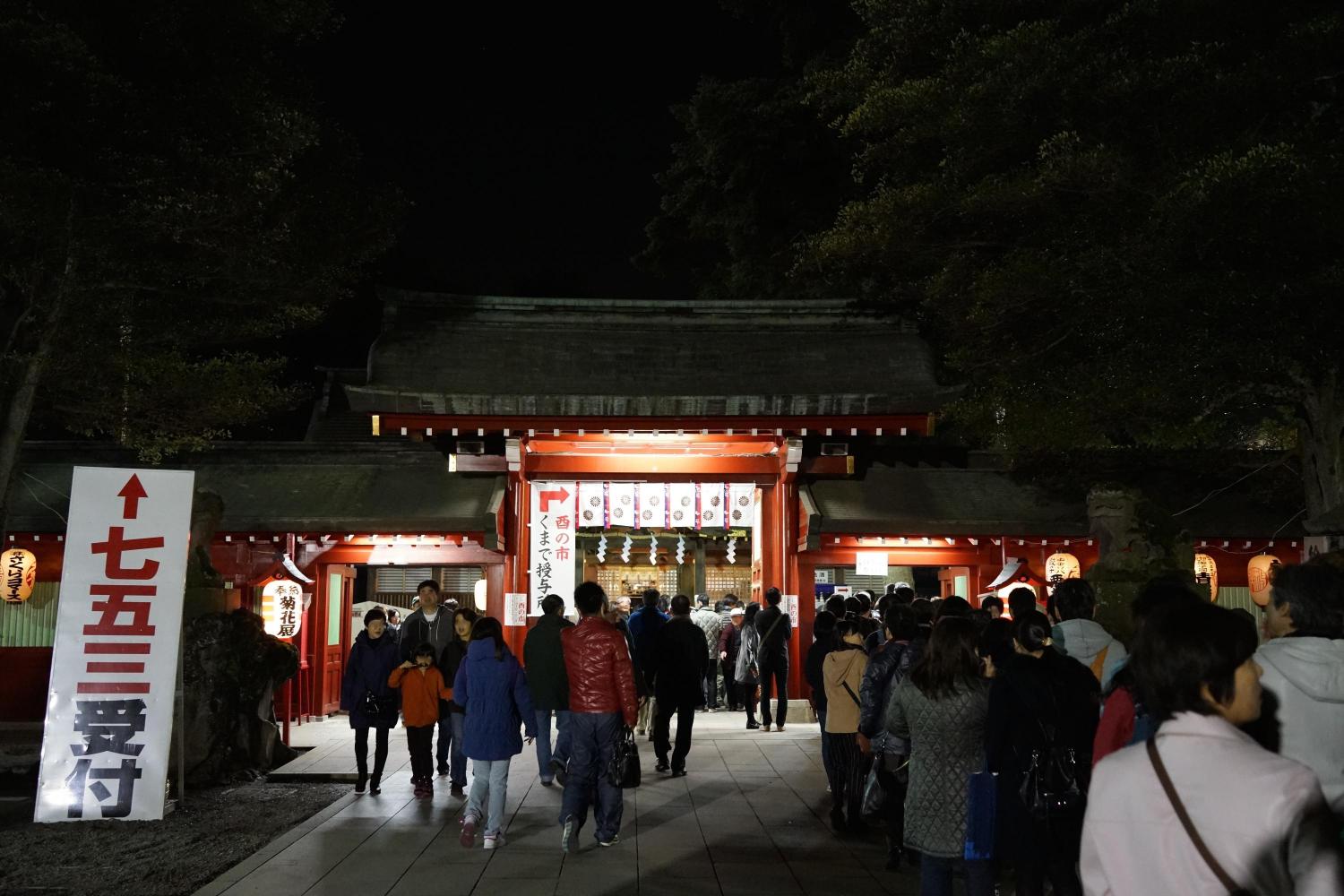 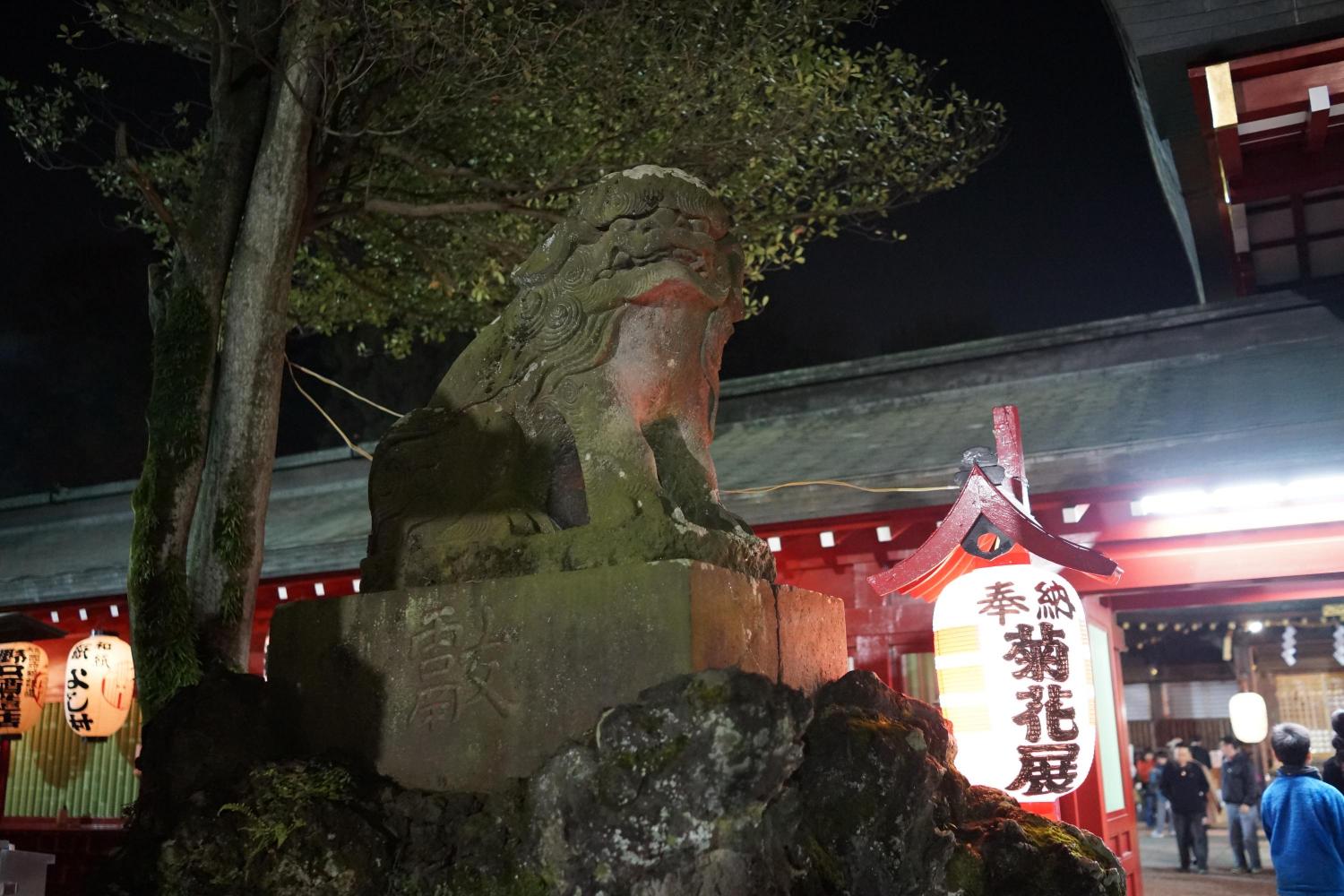 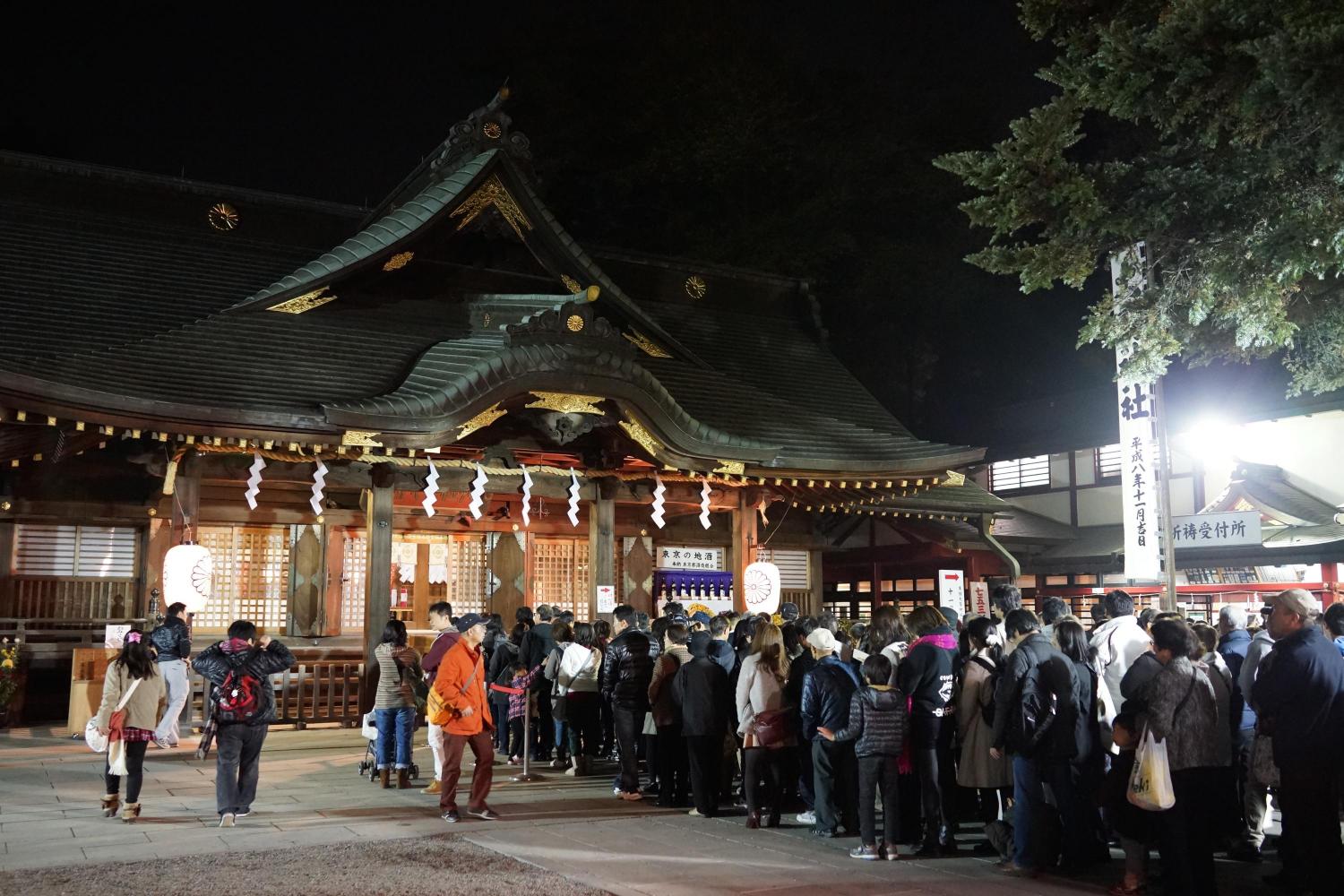