An Inari shrine and a mysterious small shrine in Ueno 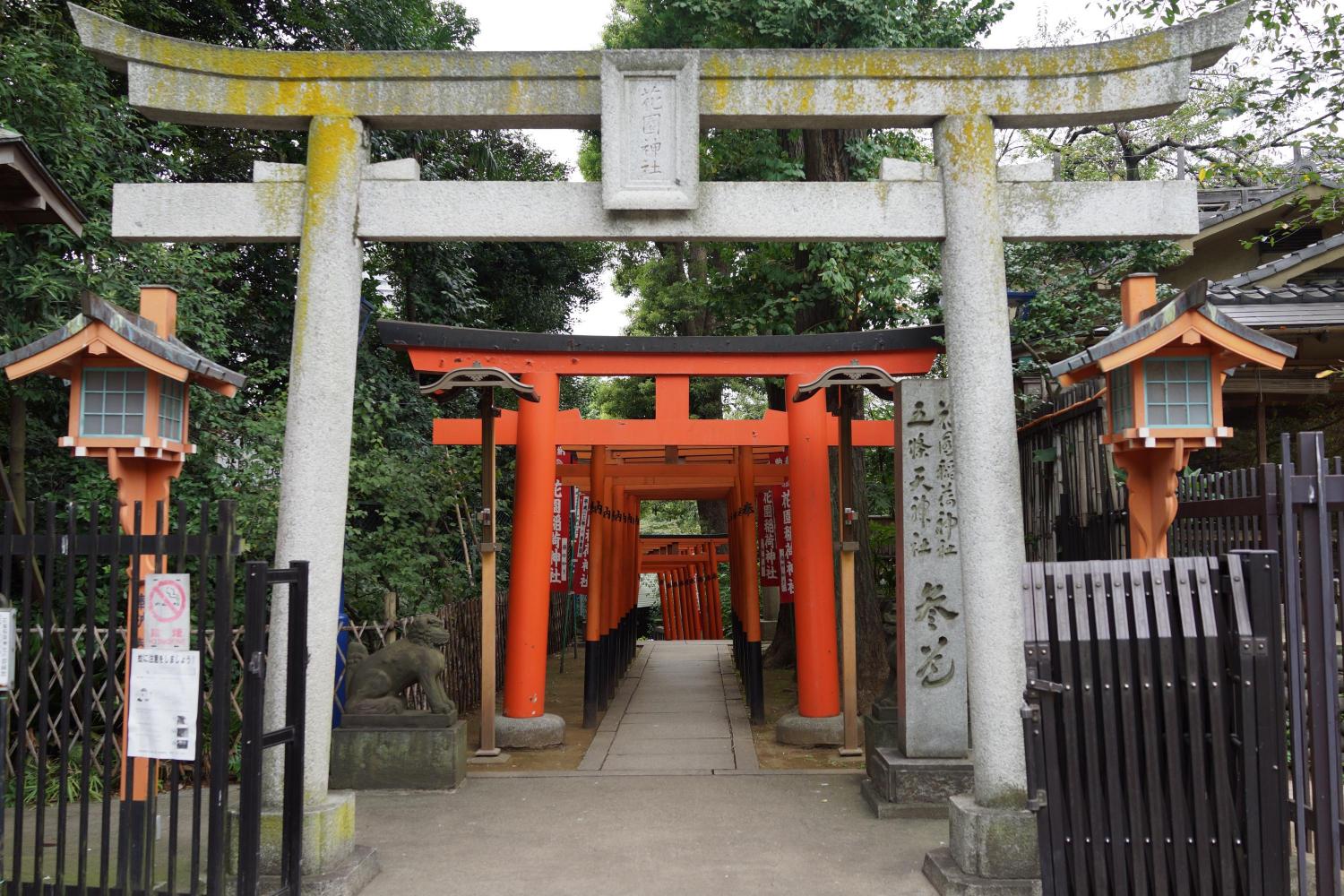 When I went out of the parlor, I found lots of red torii (a gate of Shinto shrine) next to the parlor.
These torii is one of the features of an Inari shrine which is one of the most popular type of shrine in Japan.
In an Inari shrine, a god called ''Oinarisan" is enshrined, which brings prosperous trade and good harvests.

I became curious about this shrine, so I walked through under them and headed to the shrine. 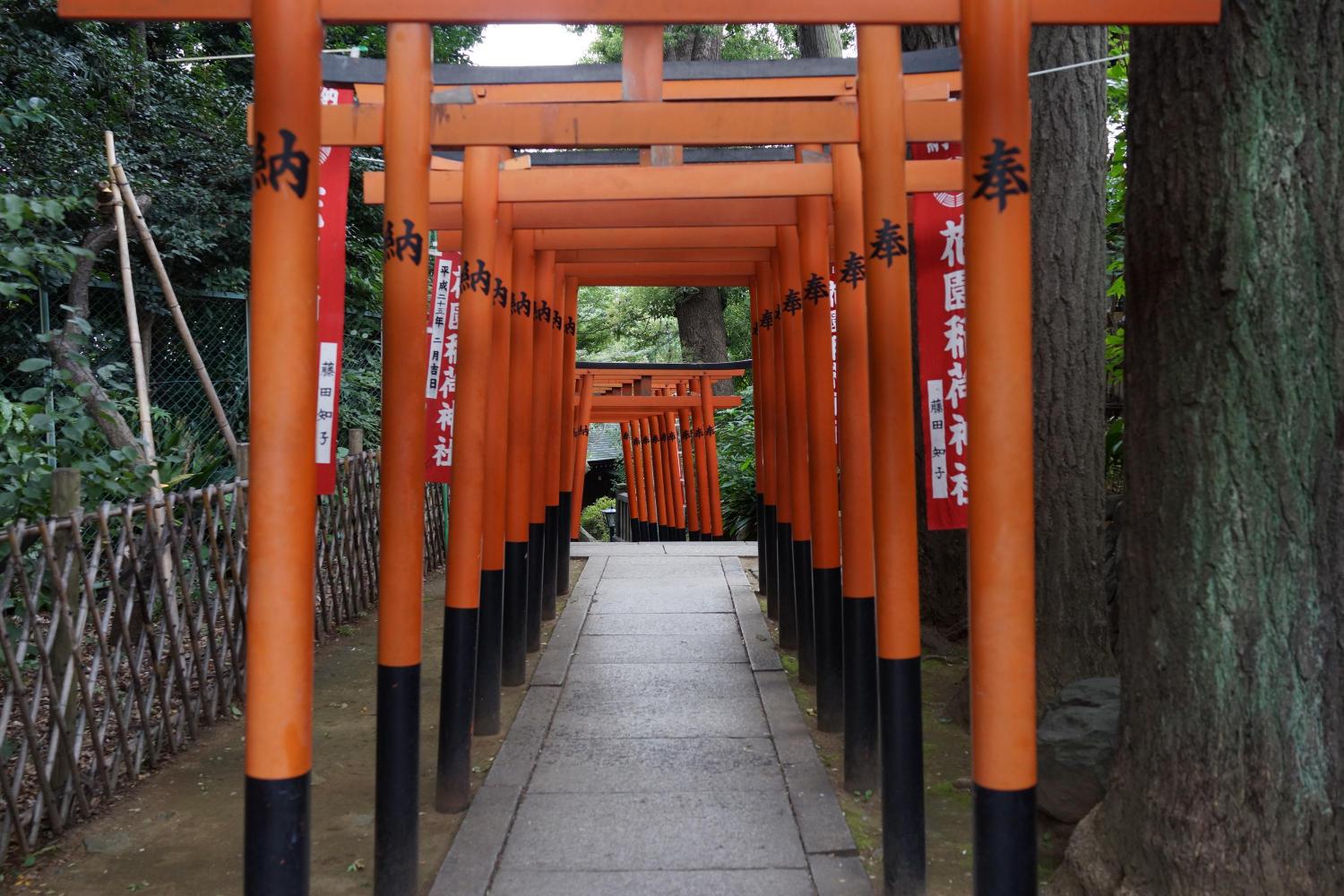 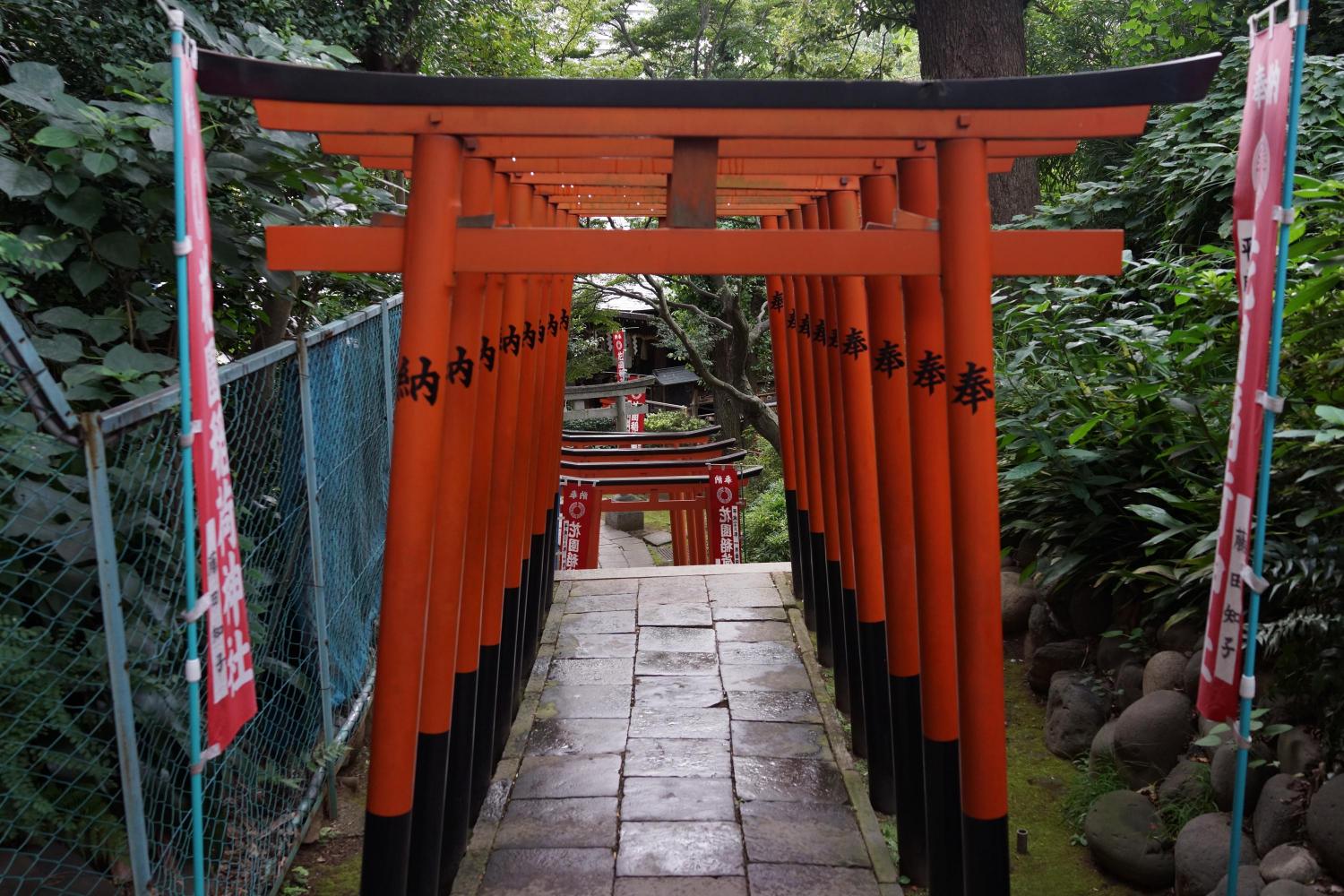 The shrine is in sight. 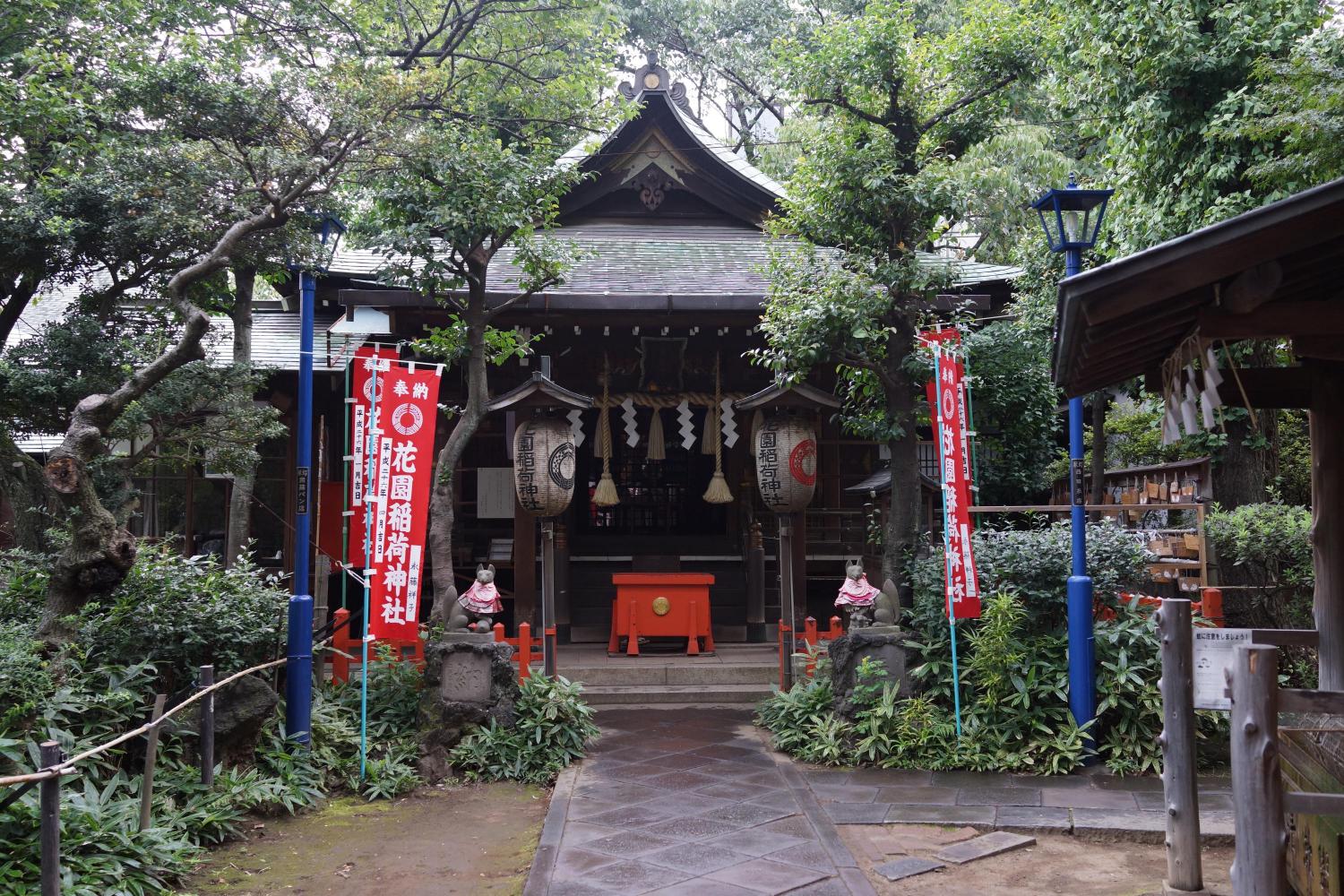 Then I reached the shrine.

The shrine was not big but had a good taste.
By the way, a fox is considered as a messenger of "Oinarisan" so small stone statues of foxes are in front of the shrine.

When I finished to worship at and tried to left the shrine, I found a mysterious passage in the precinct. 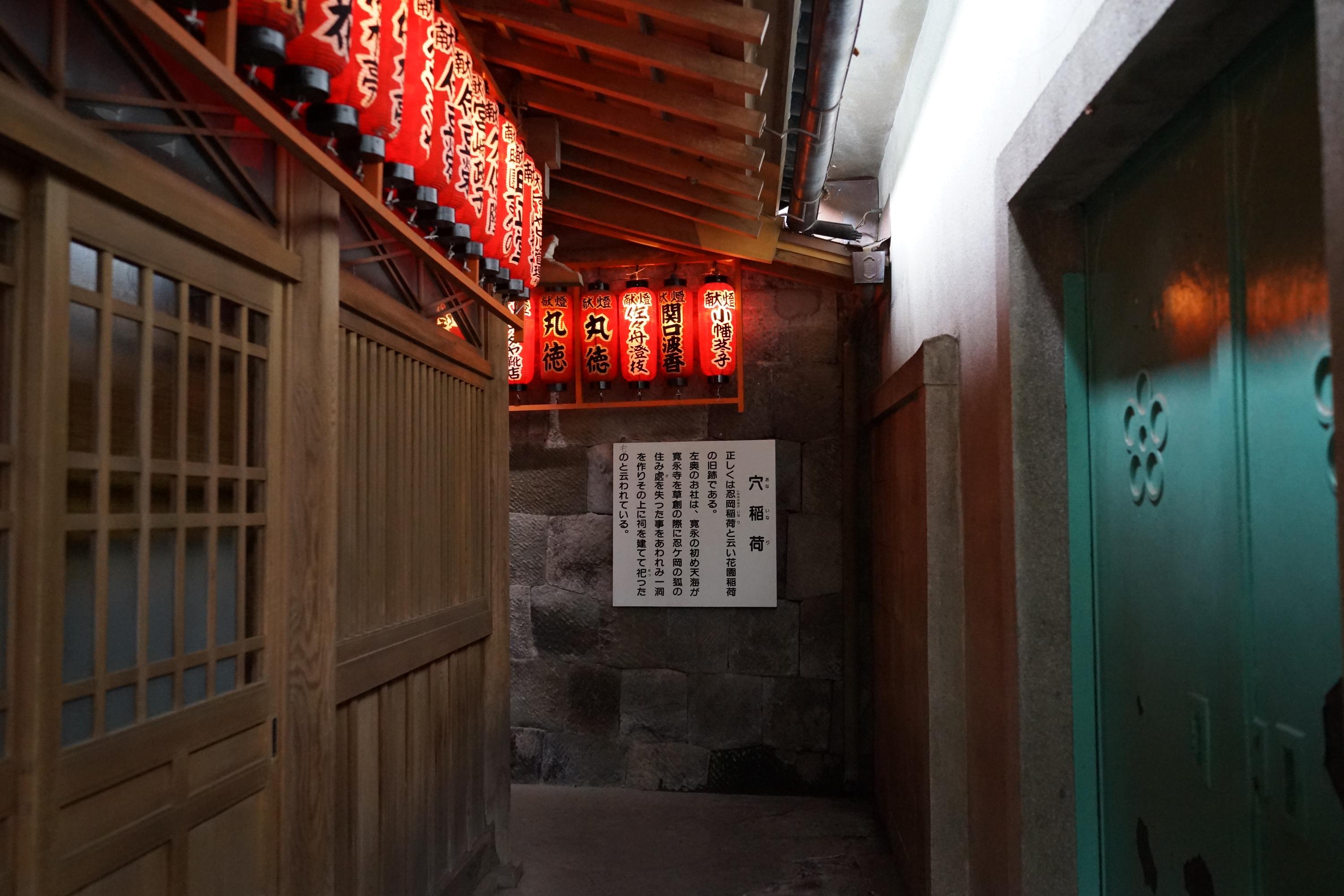 What is there beyond this point? 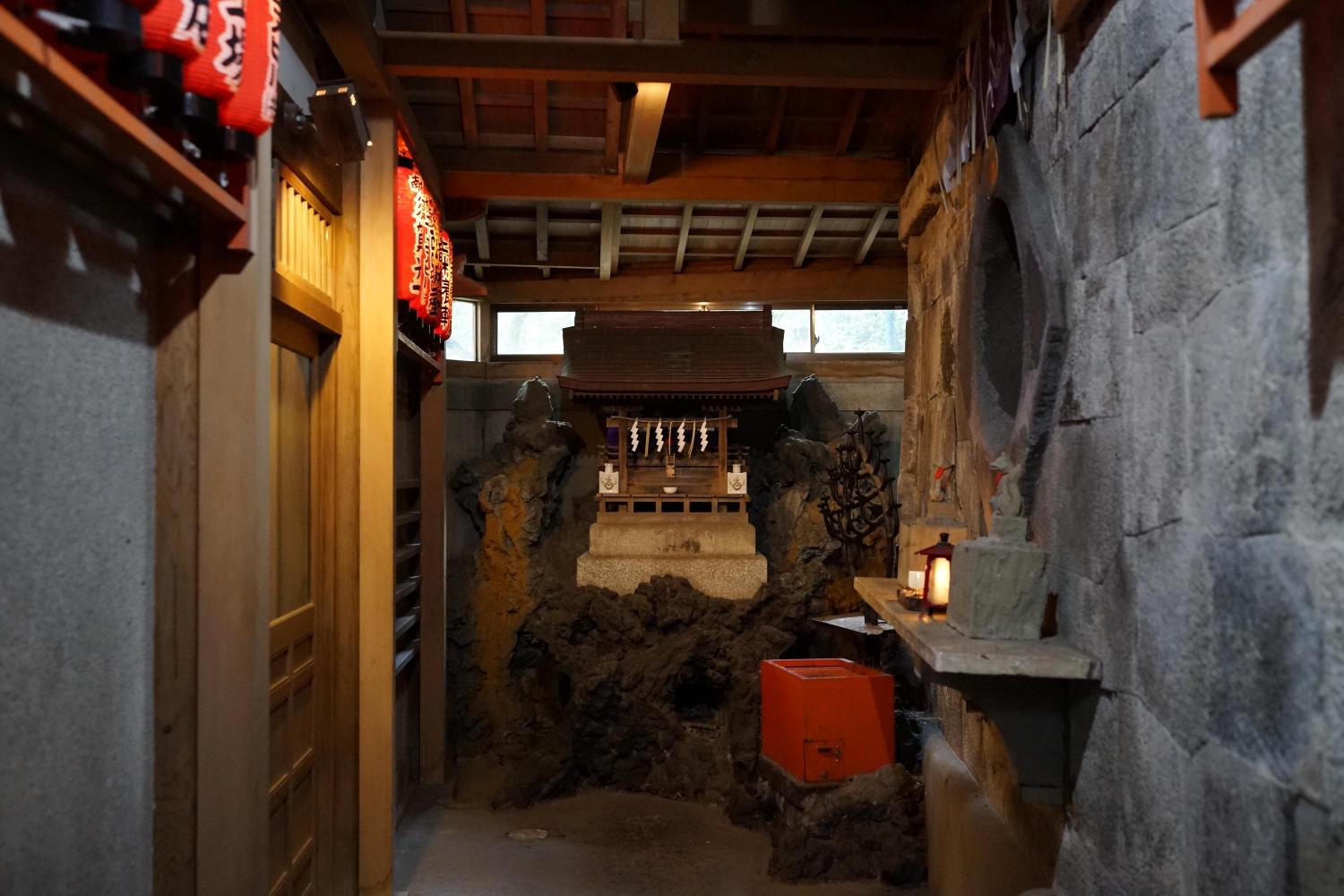 There is a small shrine. It has unique atmosphere.

I researched this shrine another day and I got the following.
Once upon a time, foxes had lived in the entire region but their habitat disappear because of a big temple built.
A monk felt sorry for them and made a cave for their habitat. Also this monk built a small shrine which enshrine them and this is the beginning of this shrine.

This shrine was a little scary because it was dim around it.
Actually a foreign traveler hesitated to get closer to it.

Though I said things which frighten you, the shrine is recommendable because you can enjoy unique atmosphere including lots of torii.