Soba having strong firmness and flavor in Ueno 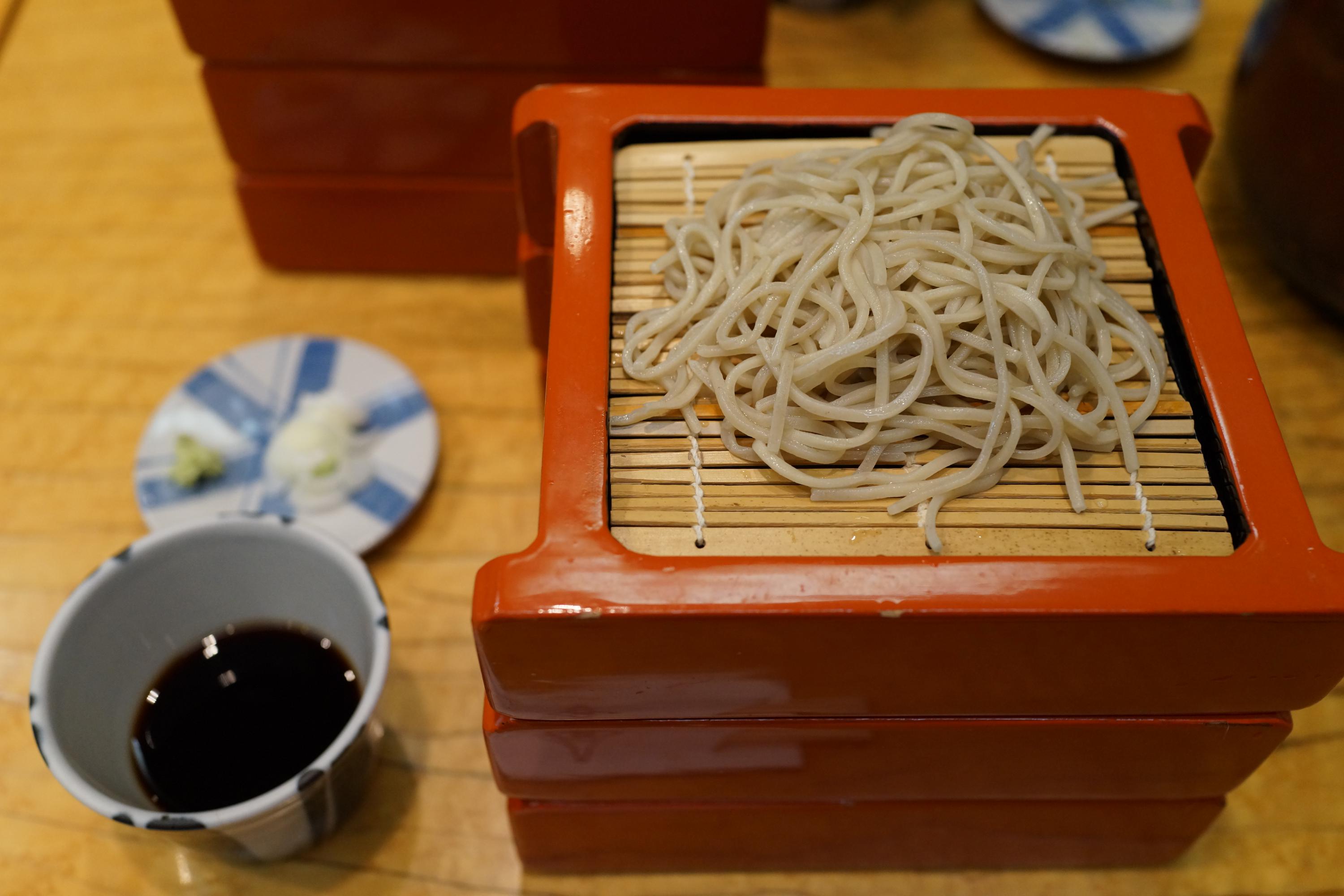 Yesterday I went to Ueno for visiting an exhibition.
Before going to the art museum I had soba for lunch at an old restaurant in Ueno.

Soba is buckwheat noodles, which is one of most popular Japanese foods.
The most common way of eating soba is eating noodles with a dipping sauce served in a separate dish.
This time I ate it in such a way.
By the way another type of soba is made by adding boiled noodles to a bowl into which hot soup is poured.

The restraint has long history, which was established in 1860.
I felt the history in the external appearance, but the inside of the restaurant was modern style. 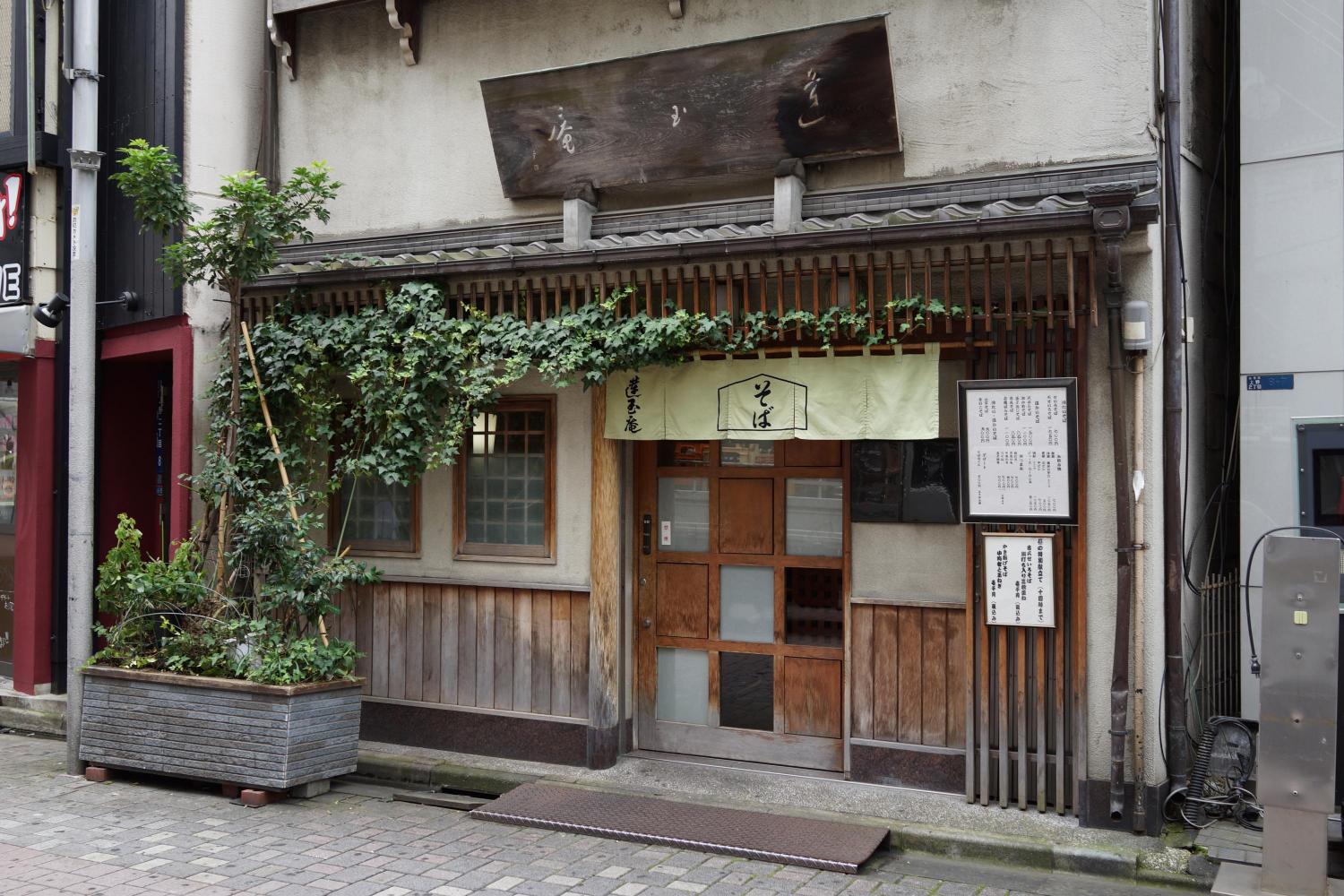 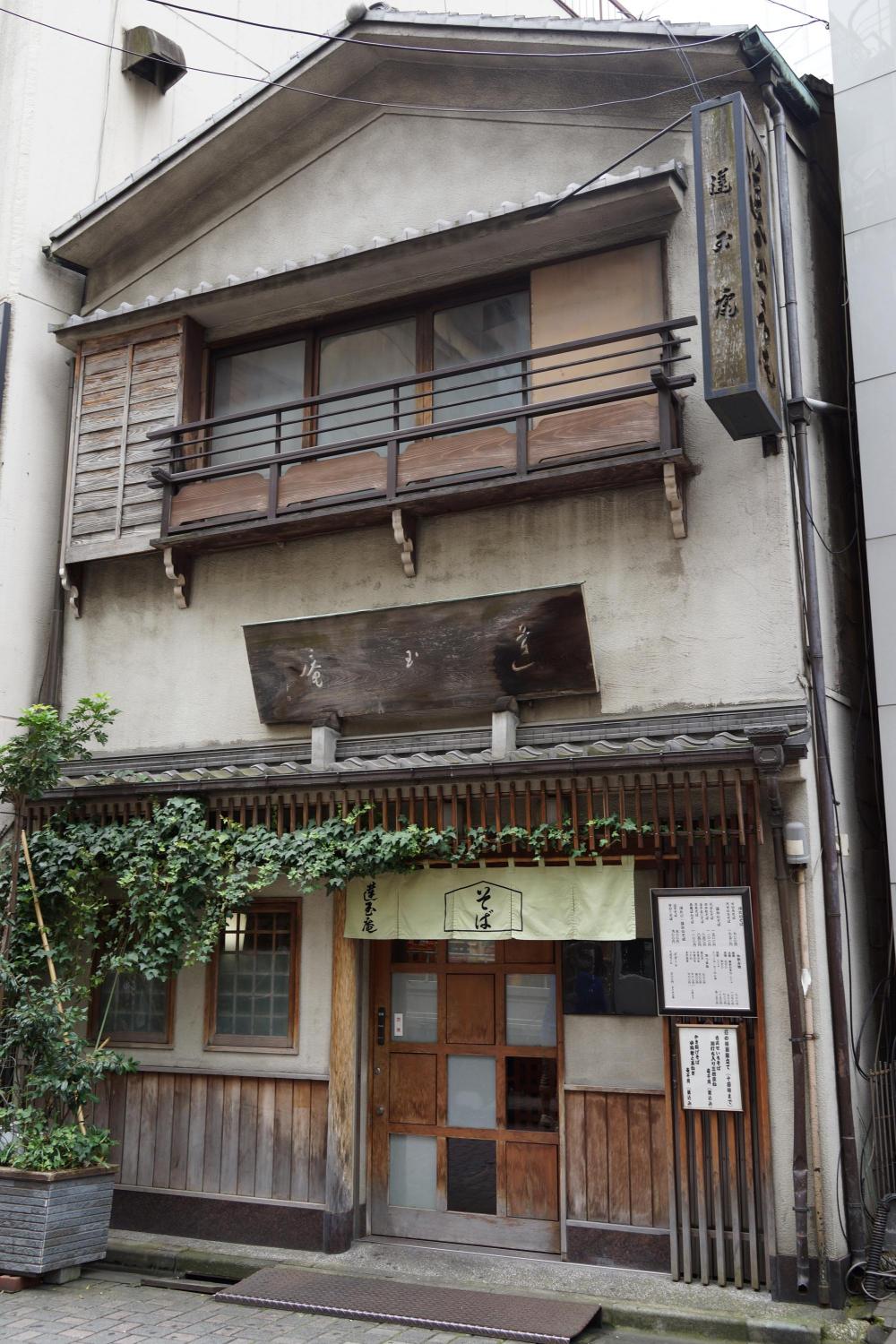 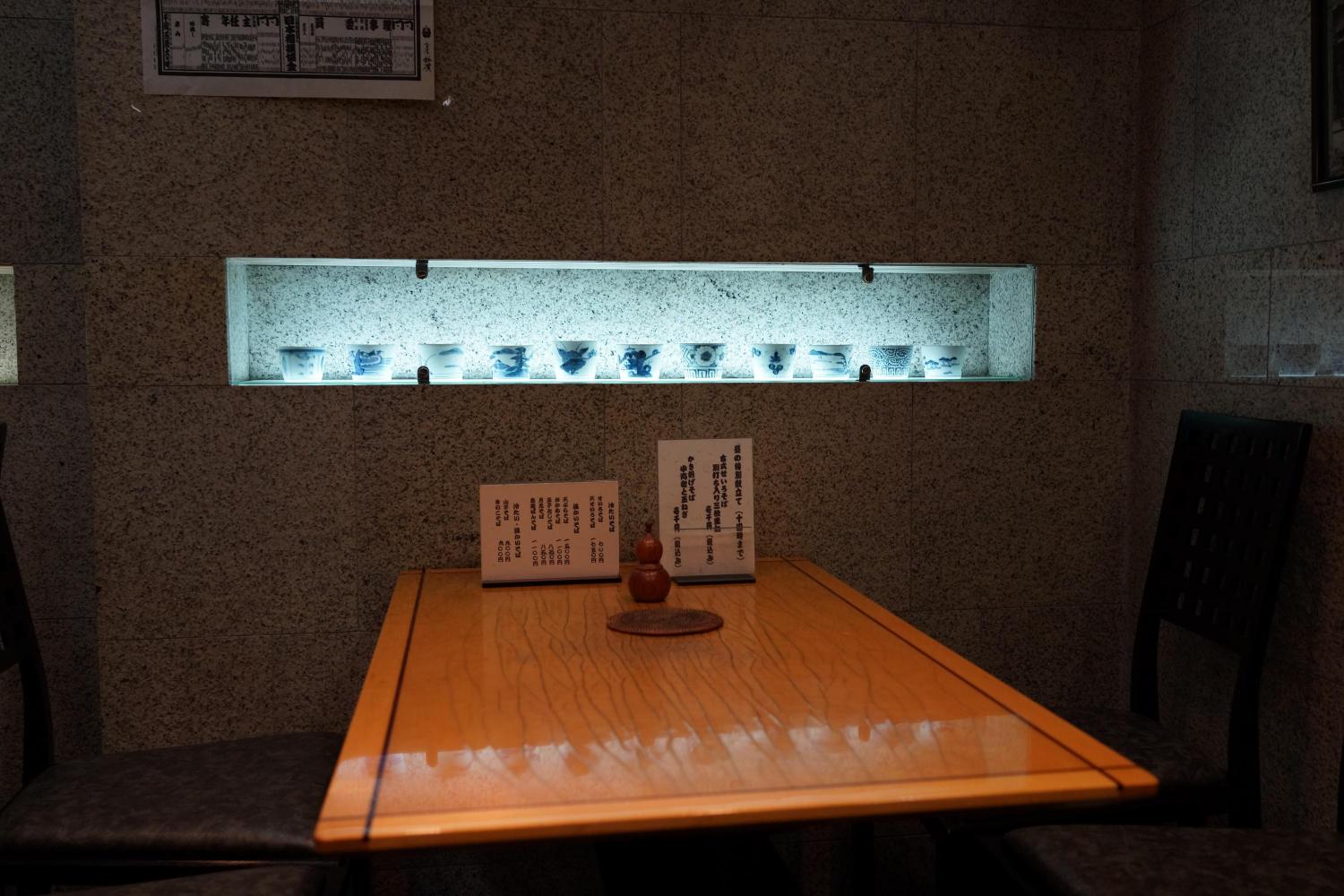 This time I ate soba of which three kinds of noodles were served.
One of them had wasabi (Japanese horseradish) flavor, which spread slightly in the mouth when I chewed it.
The noodles was delicious having strong firmness and flavor. 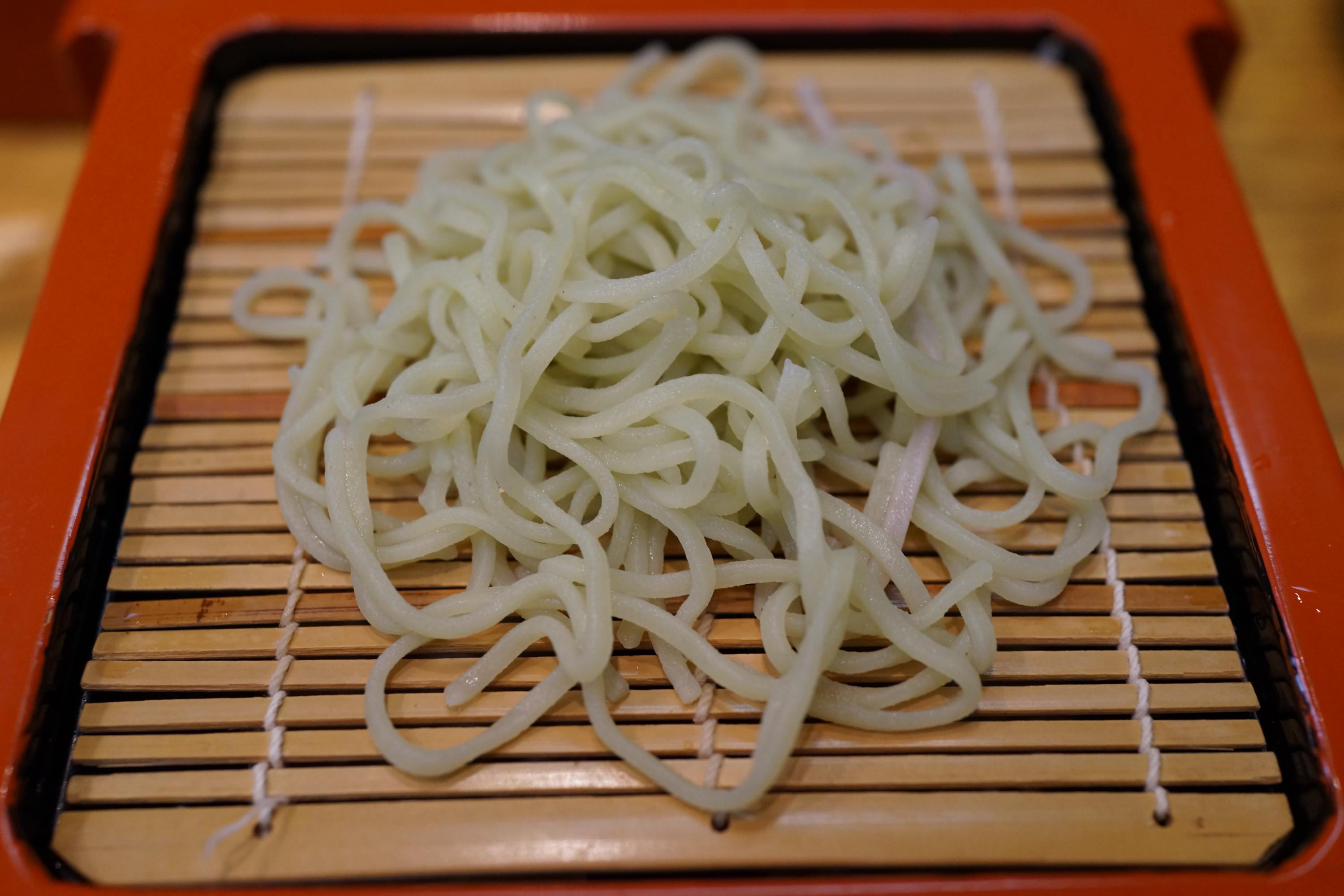 One having wasabi flavor 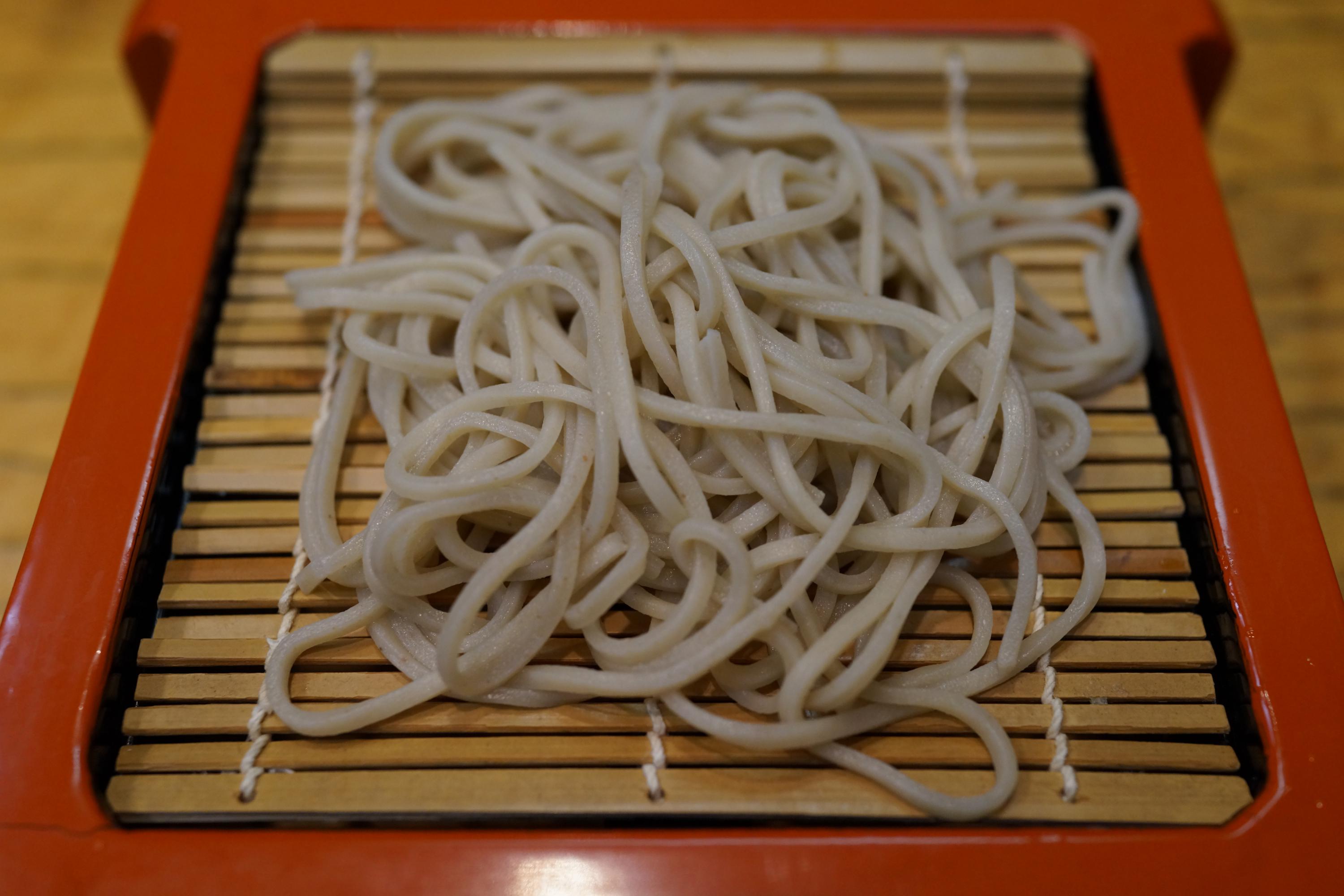