Shibuya was occupied by Mikoshis 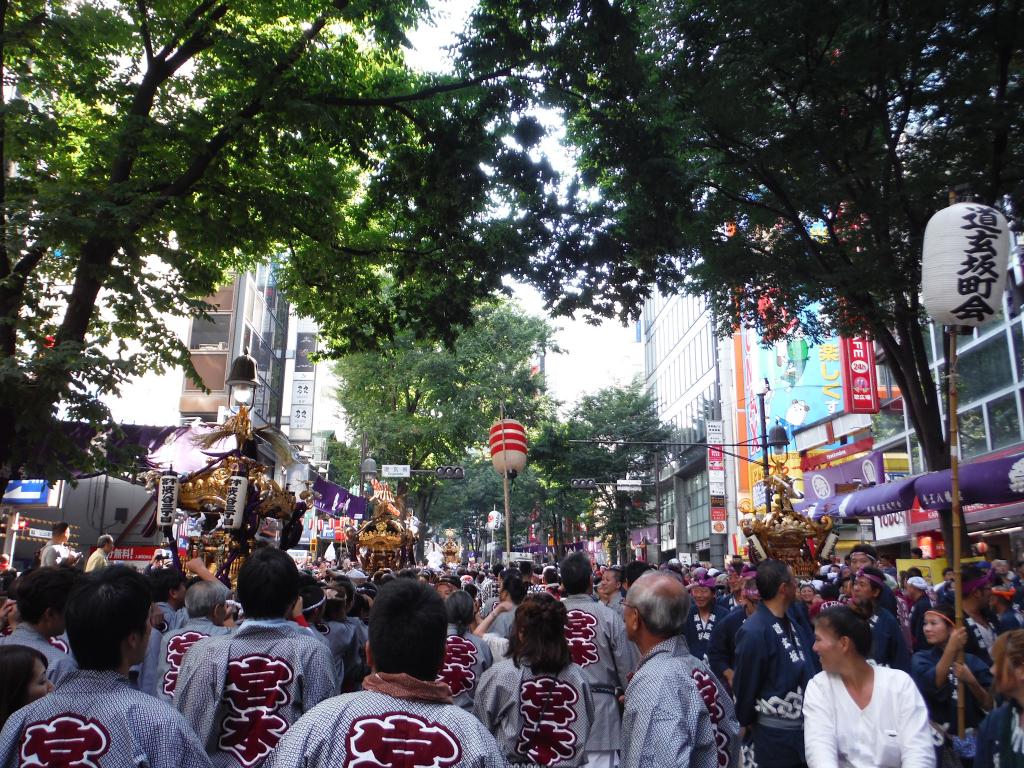 On September 13 and 14 Konnoh Hachimagu shrine's festival was held in Shibuya. The shrine is located southeast of Shibuya station and has a history of over 900 years. By the way famous places in Shibuya such as scramble crossing, Center Gai and Dogenzaka are in the north of the station. Mikoshi togyo, the climax of the festival was held on September 14, which refers to a Shinto ritual where a Mikoshi (portable shrine) parades to pray for happiness of people lining the path of the parade.

We gathered in a children park in the area first and started the parade. Next we headed for the shrine and were purified. After departing from the shrine, we paraded through the area of the association. We were served foods and alcohol by supporters wherever we went. And then we went toward the Shibuya 109 building in Dogenzaka, Shibuya where total 14 Mikoshis of each neighborhood association in Shibuya gathered. On the way there we passed by or through familiar spots in Shibuya such as Shibuya station, Shibuya Hikarie, scramble crossing and Center Gai. It was a curious experience that I carried a portable shrine in a parade seeing the familiar scenery of Shibuya. The scenery in front of the Shibuya 109 building was especially spectacular. With the surrounding streets prohibited from the passage of vehicles, the 14 Mikoshis and many people in Hanten got together in one place. Indeed I might say Shibuya was occupied by Mikoshis.

It was a precious experience for me. I felt that I'd like to participate in that again next year. 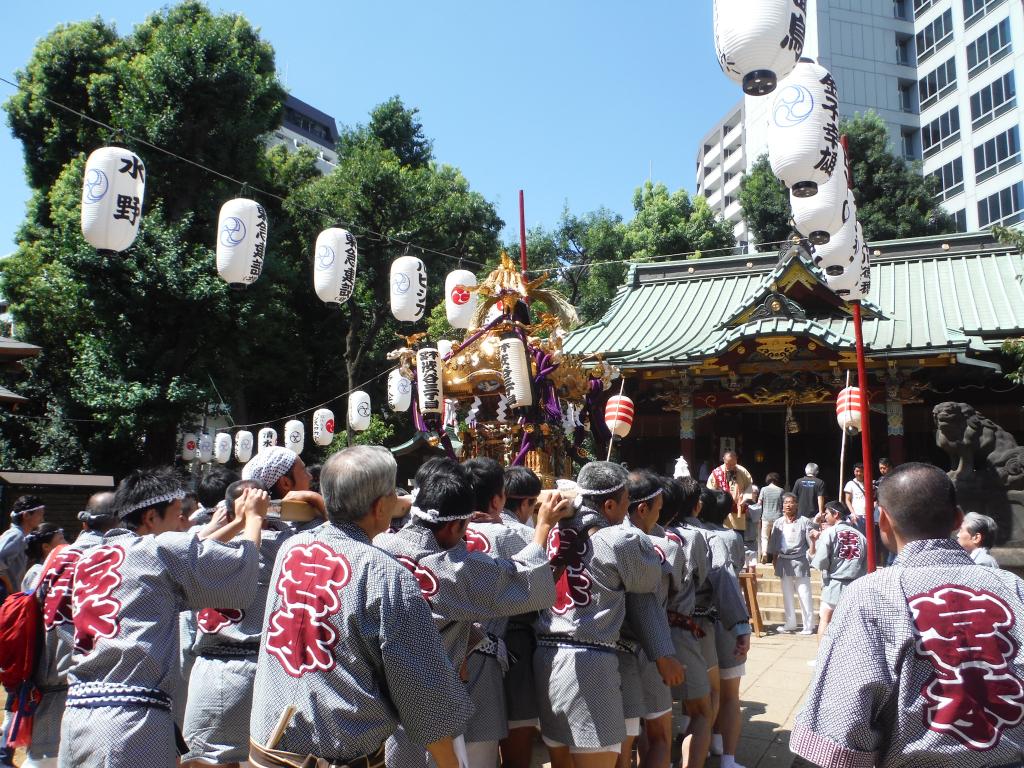