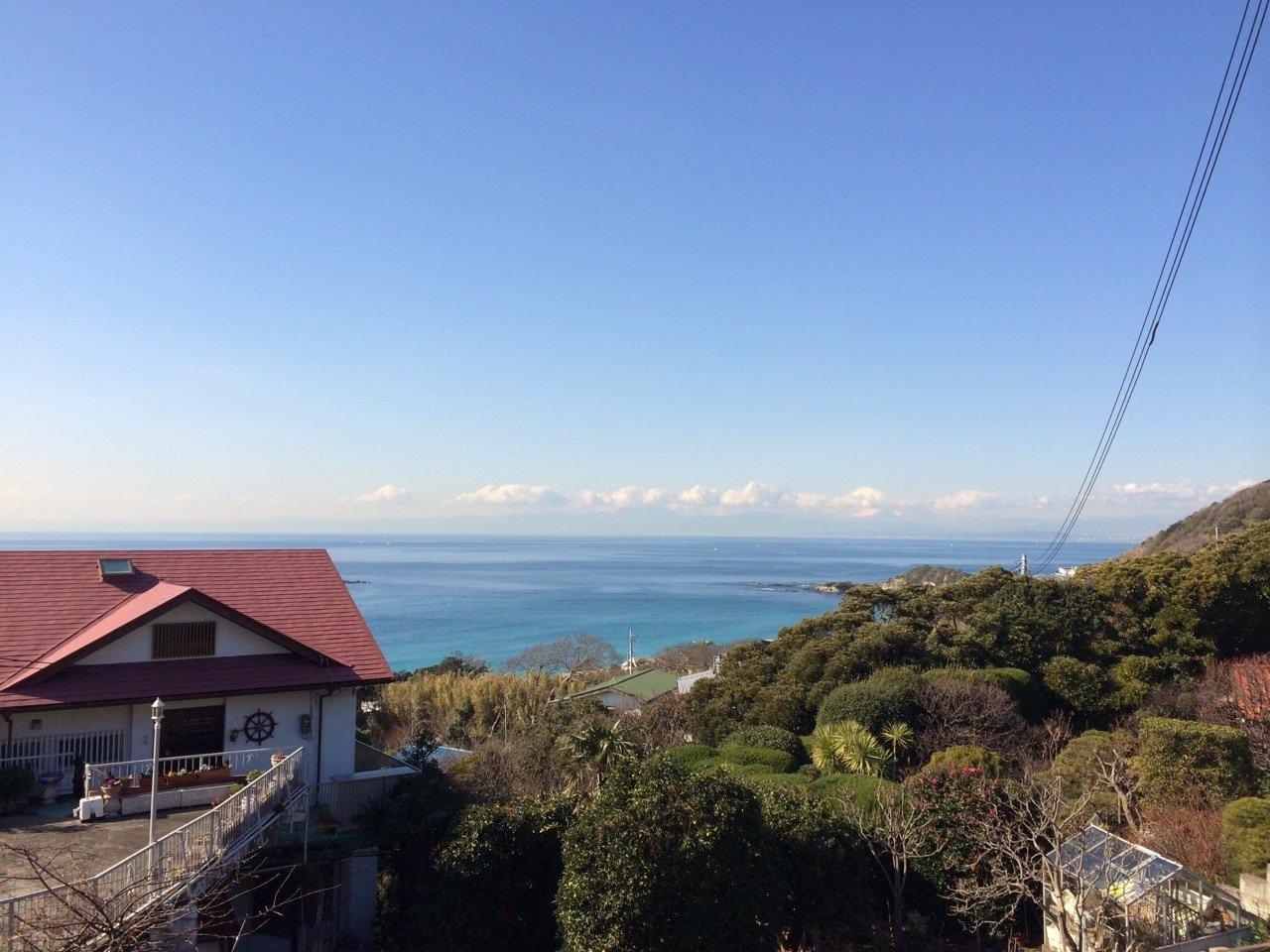 A view from a hill. You can get a panoramic view of mountains and seas.

It is said that the history of the resort house area started when foreigners living in Japan visited Hayama often because they were charmed by its warm weather and scenic beauty and introduced the attractions in the 1880s.

After Yokosuka line connecting Ofuna and Yokosuka was opened in 1889, government officials began to set up villas. In addition, Hayama Goyotei, the Imperial Villa in Hayama was set up in 1894 and Hayama has established the brand as villas. 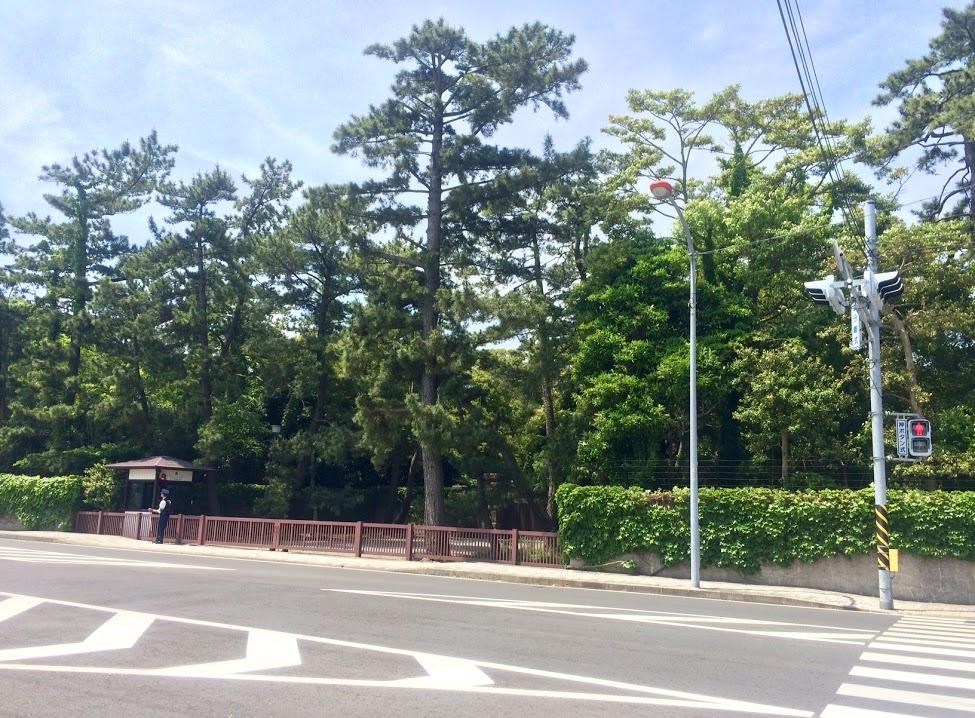 And even now Hayama is surrounded by nature such as seas and mountains like villas. In addition there are many stylish stores having a good sense so Hayama is a popular sightseeing spot.

The closest railway station to Hayama is Zushi station where you can get to in about 30 minutes from Yokohama station (1 hour from Tokyo station) via JR Yokosuka line. There is no railway passing through from the station so you must go to Hayama by bus or car. Or it is also good experience to go cycling or walk looking at the coast.
By the way there are two bus routes from Zushi station to Hayama; a mountain route and a coast route, and I recommend the coast route in which a bus runs a beautiful coastline.
There is a bus rotary in the front of the station and the bus for “Hayama” (Route 逗12) and for “Hayama Welfare and Culture Hall” (Route 逗11) run the coast route. 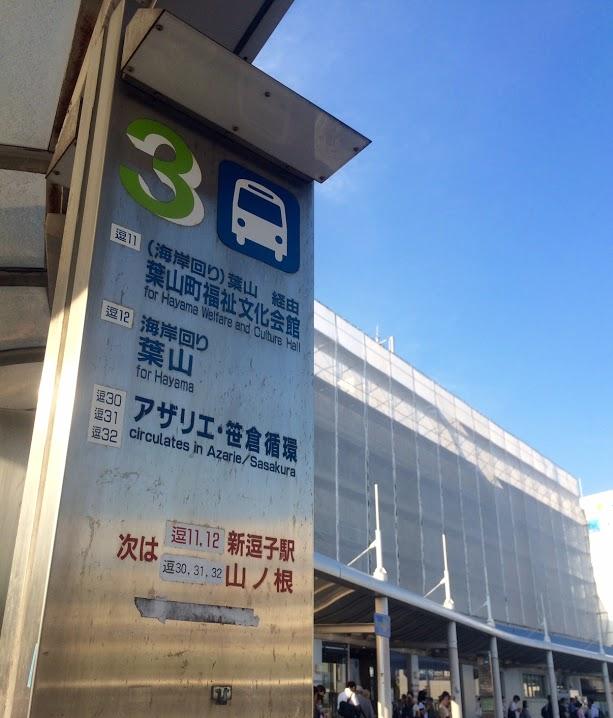 Get on a bus at this bus stop. The sign “海岸回り (the coast route)” is a mark.

Then, I would like to introduce recommendable spots I want you to visit when you come Hayama. 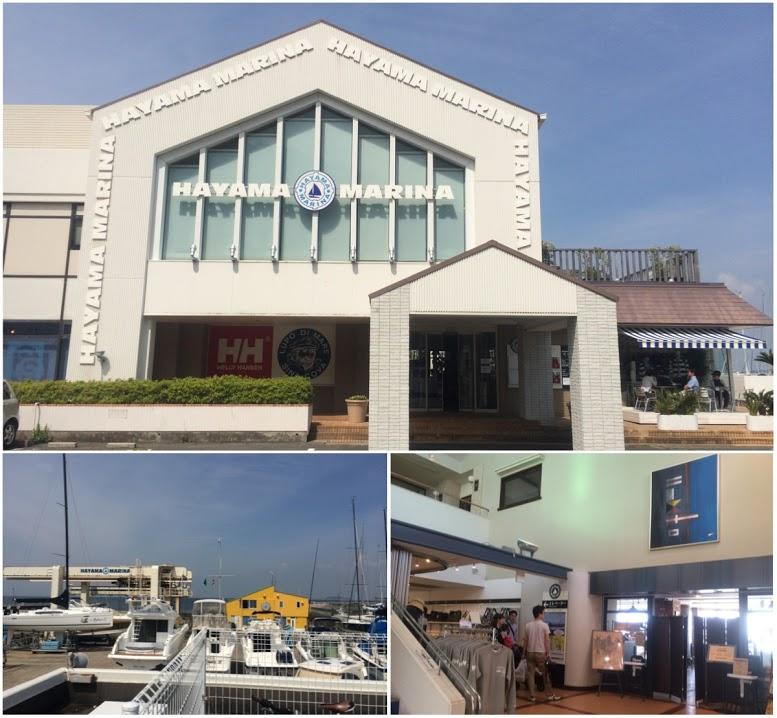 Hayama Marina has history and traditional, which located at Hayama, the birthplace of yacht in Japan. Yachts anchored there are impressive.

Hayama Marina has a long history as an anchorage for yacht owners. You can see Enoshima Island and Mt. Fuji in front of you and enjoy a scenic restaurant and shopping. There are many scenic spots nearby and it is widely familiar as the place you can enjoy “Enoshima and Yujiro lighthouse cruise (reservation required)” and marine sports utilizing the environment.

Morito Shrine is a seaside shrine built by MINAMOTO no Yoritomo (a Shogun in the 12th century).
You can reach Morito Beach from the back of the shrine. The waves are very gentle and the sea is shallow at Morito Beach, which is the longest beach in Hayama, so children can play without danger there.
You can enjoy sea bathing seeing Enoshima Island and Mt. Fuji. There is a rocky stretch aside from the beach, and many people set up a tent and enjoy a barbeque. From there you can see the torii (the gate) of Morito Shrine where the sea god is enshrined and Yujiro lighthouse.
The sunset is also recommendable. 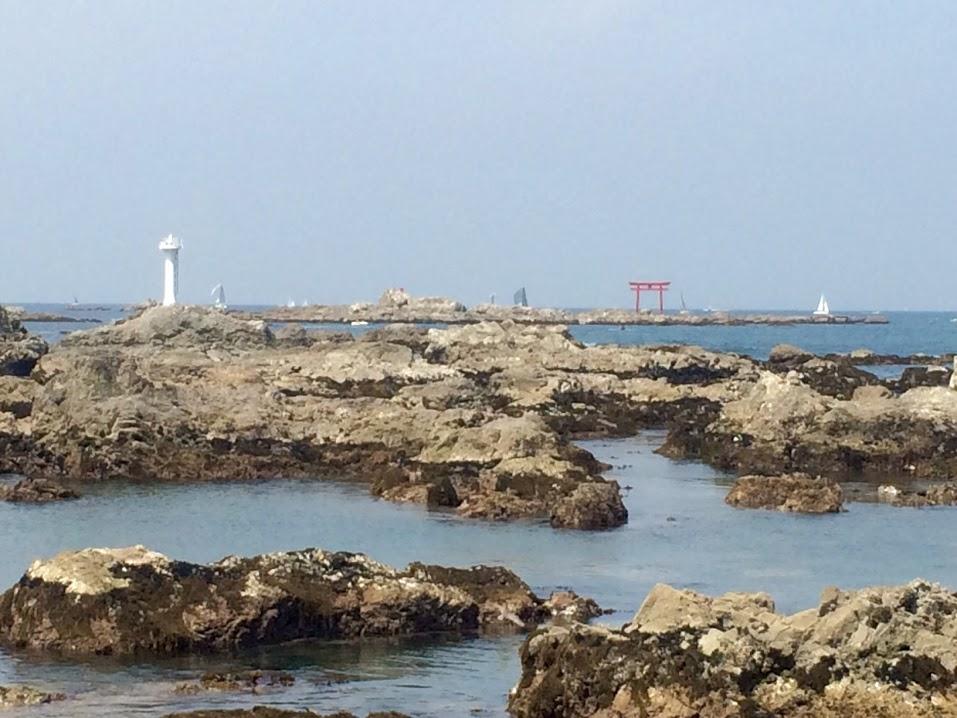 The lighthouse seen behind rocks on the sea. 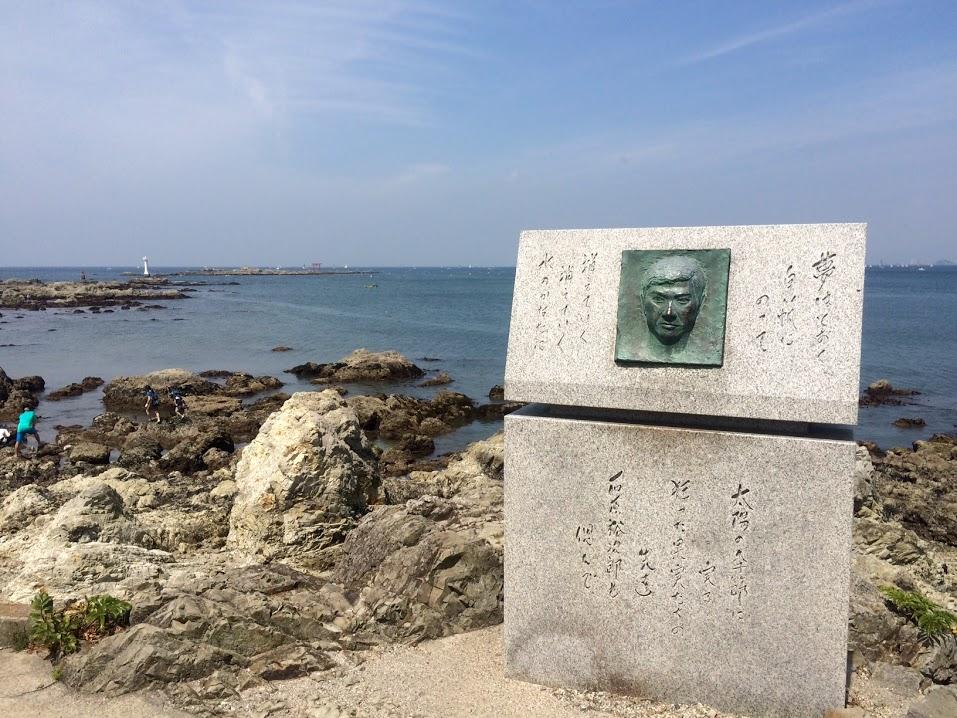 A stone monument of Yujiro Ishihara, the postwar superstar. 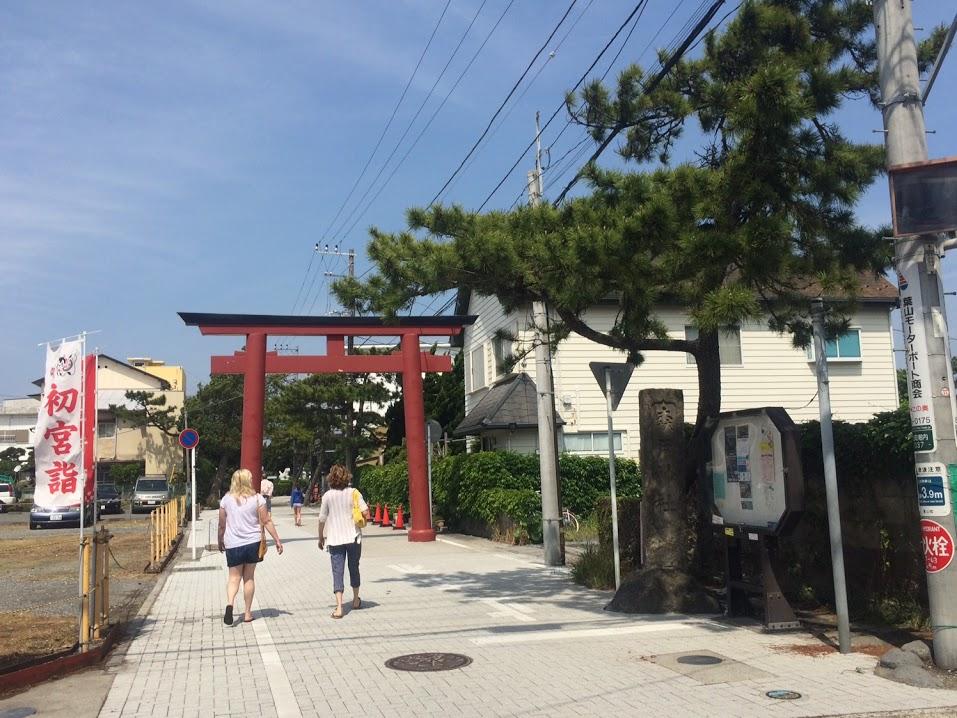 Torii (the gate) of Morito Shrine 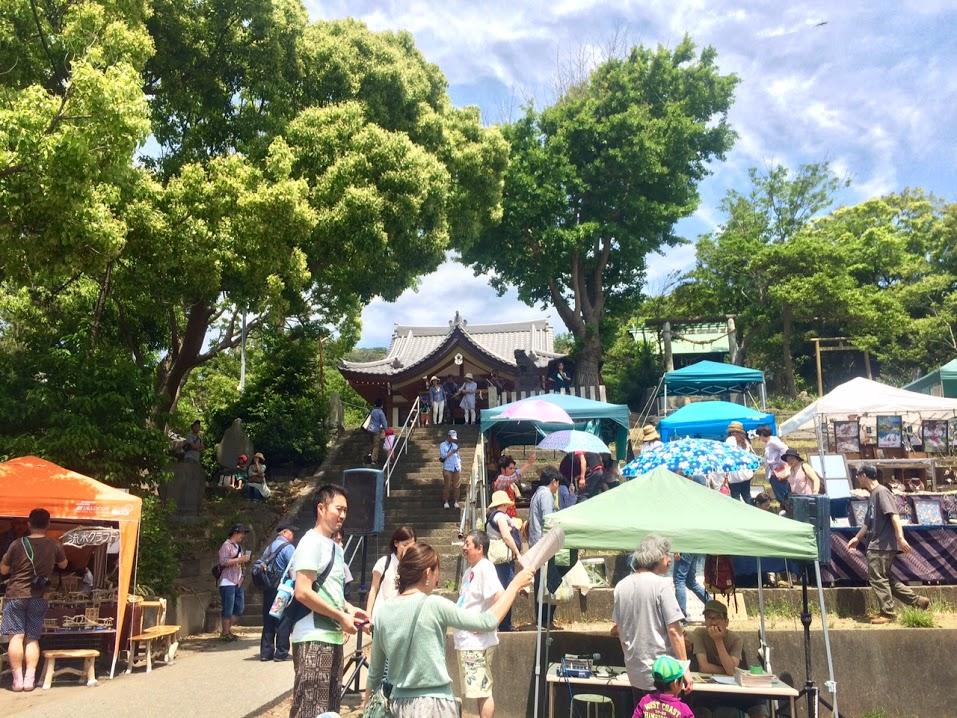 The formal name is “Moriyamasha”. According to the shrine's biography, the shrine enshrines Kushinadahime-no-mikoto.
It was founded in 749 and Roben who was born at Yuigahama, Kamakura and the founder of Todaiji Temple in Nara called on the deity.
There are 6 subsidiary shrines in the precincts.
Moriyama Shrine is the site of Open-air Art Market, the most popular event of Hayama Art & Music Festival.
Booths exhibiting handmade and art works are lined up tightly along the approach and in the precincts. Also there are a lot of stalls serving local foods in a square.
Many fashionable shops having good sense open, so you can enjoy the event only looking around them. 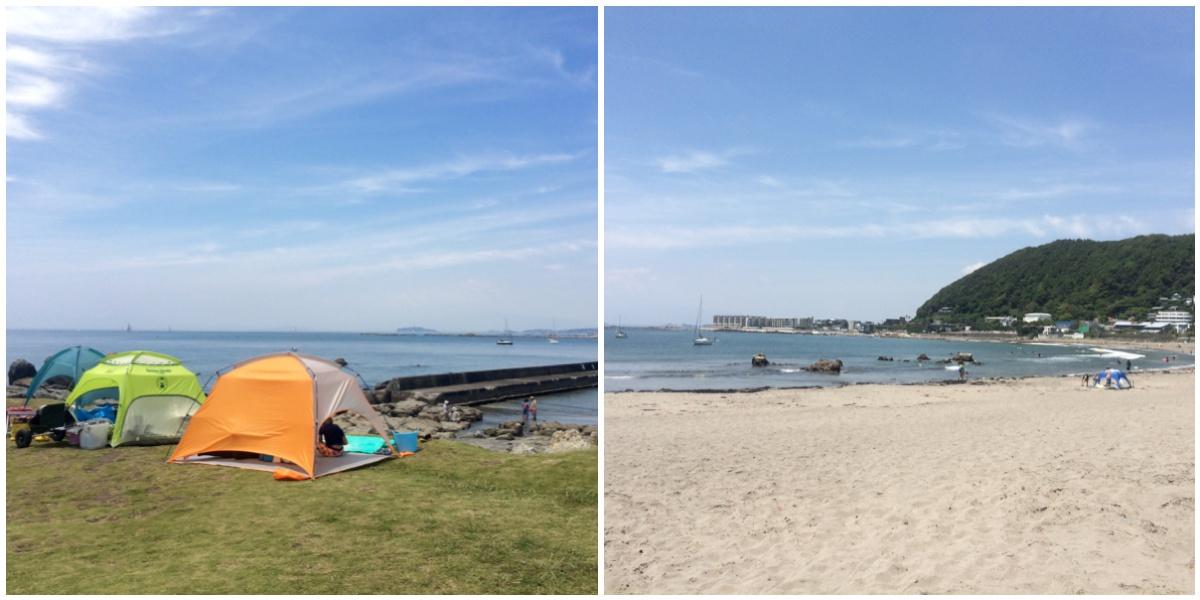 The attraction of Isshiki Beach is its less crowded space surrounded by Mt. Sangaoka and Hayama Goyotei (the Imperial Villa in Hayama). There is the grass on a shore, which is rare, and you can lie out a picnic sheet. Also you can enjoy playing at rocky shores at the both sides of the beach. It is selected as one of the 88 most excellent sea-bathing beaches in Japan. 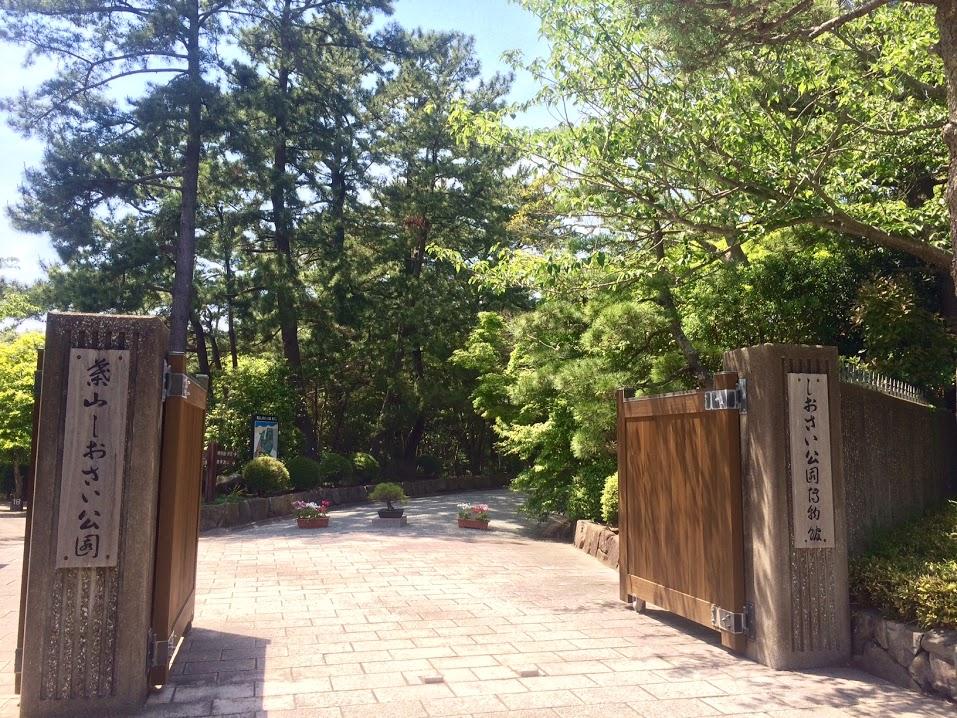 It is a park opened at the former site of the additional structure of Hayama Goyotei. There is a waterfall called “Fukei no taki” at a Japanese garden that benefits from the scenery of Mt. Sangaoka. It also has tea houses such as Ikkeian and Shiomitei. You can get a full view of Mt. Fuji and Izu Islands from a black pine forest at the seashore side. Hayama Shiosai Museum has rich exhibition about Sagami Bay and fishes living around Hayama. 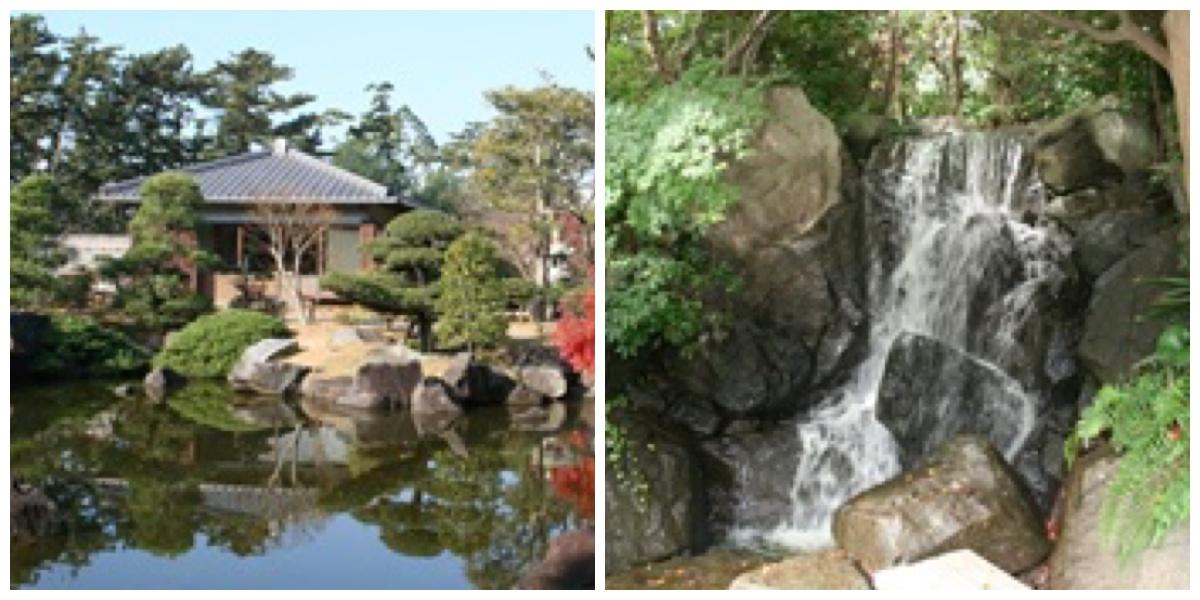 The inside of Hayama Shiosai Park; quoted from the official site

The Museum of Modern Art, Hayama 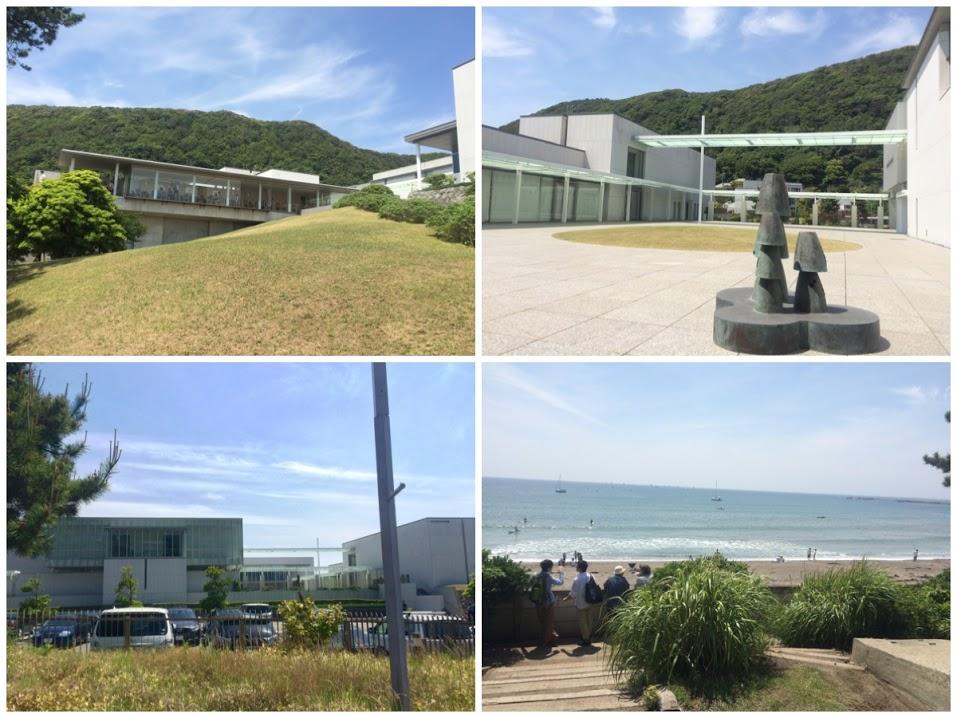 The Museum of Modern Art, Hayama

The Museum of Modern Art, Hayama is located between Isshiki Beach and Mt. Sangaoka. It is a museum like Hayama, which is surrounded by nature and bright and open space. It has a restaurant with a casual atmosphere where you can see the scenic view of Isshiki Beach.

Other than these spots, there are nice markets, shops and events such as Hayama Art & Music Festival in Hayama.

I would like to introduce them on another article.