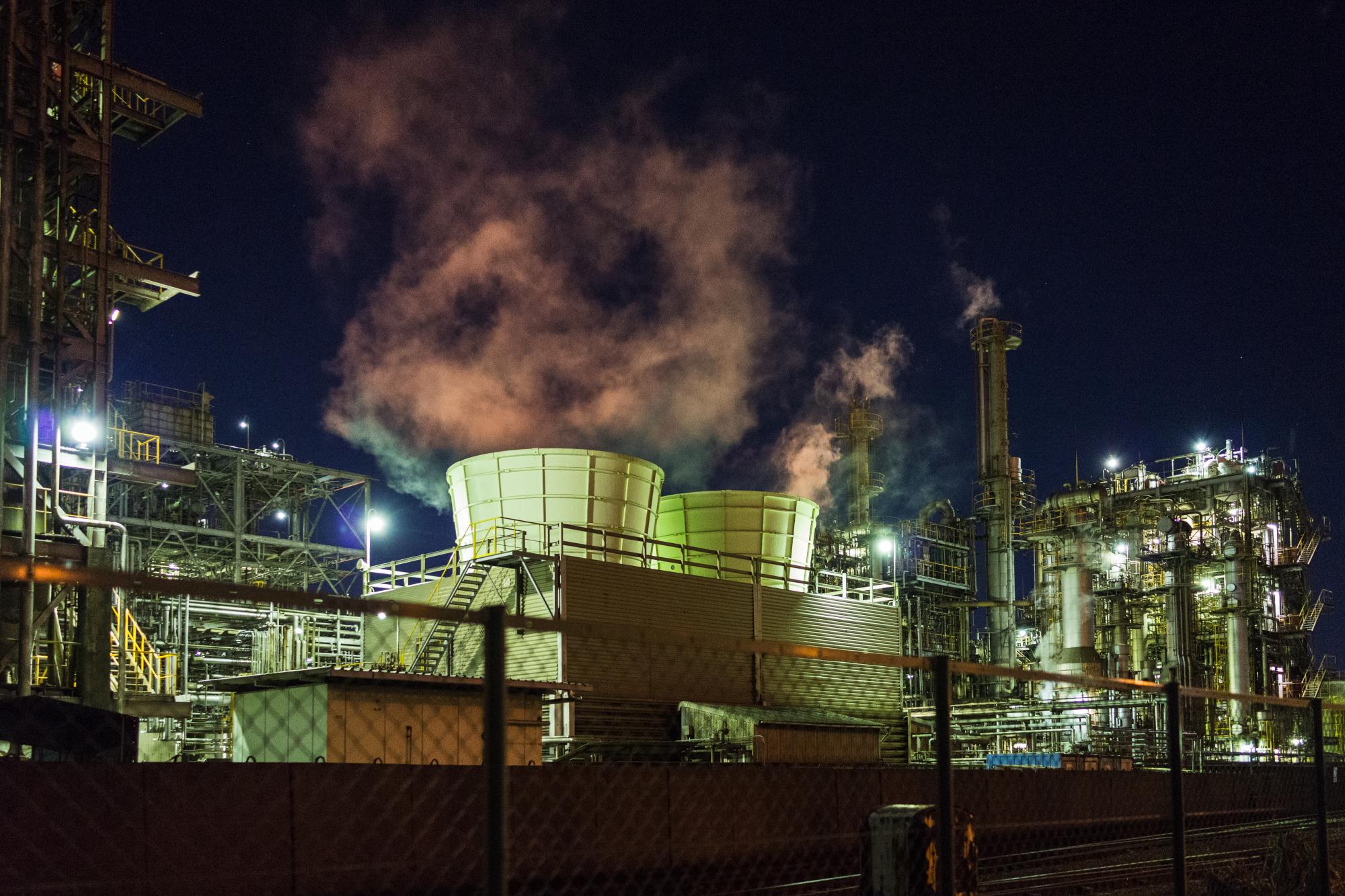 Kawasaki is one of the major cities in Japan, which is located between Tokyo and Yokohama. Since the early 20th century Kawasaki’s waterfront area has been filled up and many factories such as steel works and chemical plants have been constructed there. Even now it is the heartland of Keihin Industrial Area.
In recent years factory night view boom has broken out in Japan. The reason for the recent popularity is its unusual and near-futuristic sight. Some people also say it looks like buildings in “Final Fantasy 7”, the world-famous RPG game. Kawasaki is said to trigger the boom and one of the most popular areas.
Though there are a lot of spots for night view, in this article, I would like to introduce 3 spots; Nippon Shokubai Kawasaki Chidori Plant, Kawasaki Marien and Higashi-ogijima Higashi Park at the beginning. I am sure that you will be attracted to Kawasaki Factory Night View. 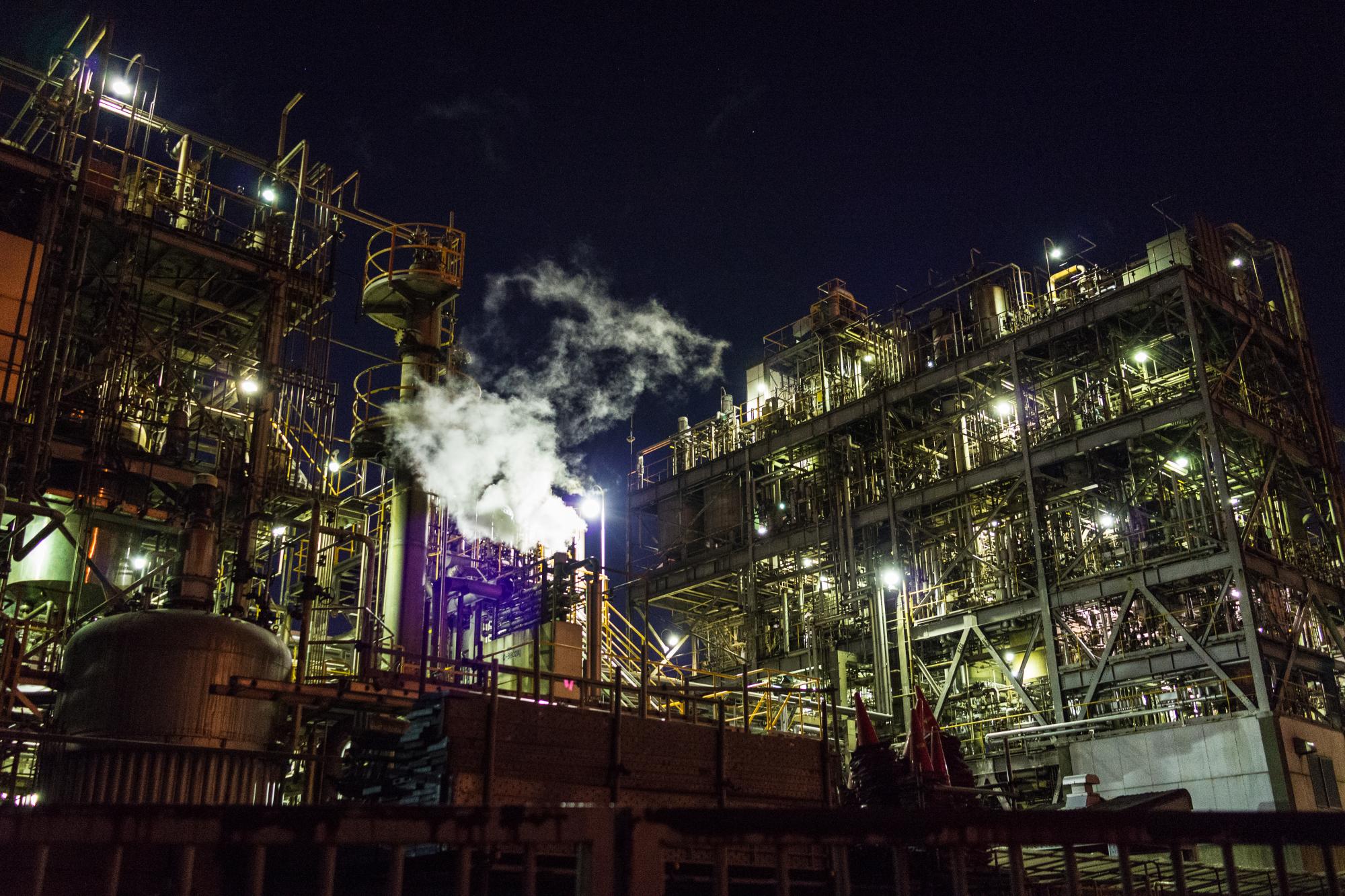 You can see the plant from close up at Nippon Shokubai Kawasaki Chidori Plant. There is a railroad track near by the plant and it creates a very nice atmosphere. This is a recommendable spot where you can find the attraction of Kawasaki Factory Night View. 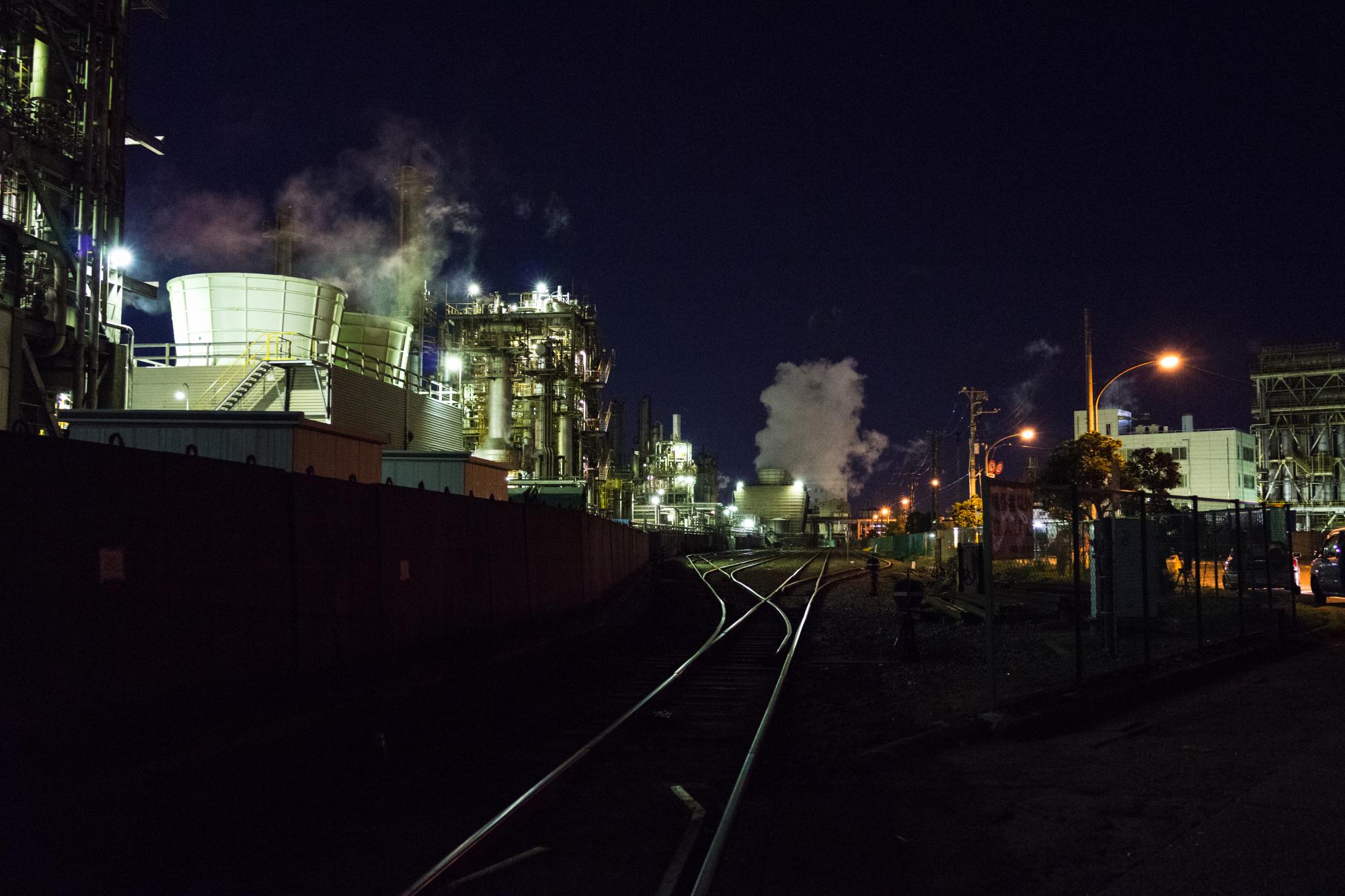 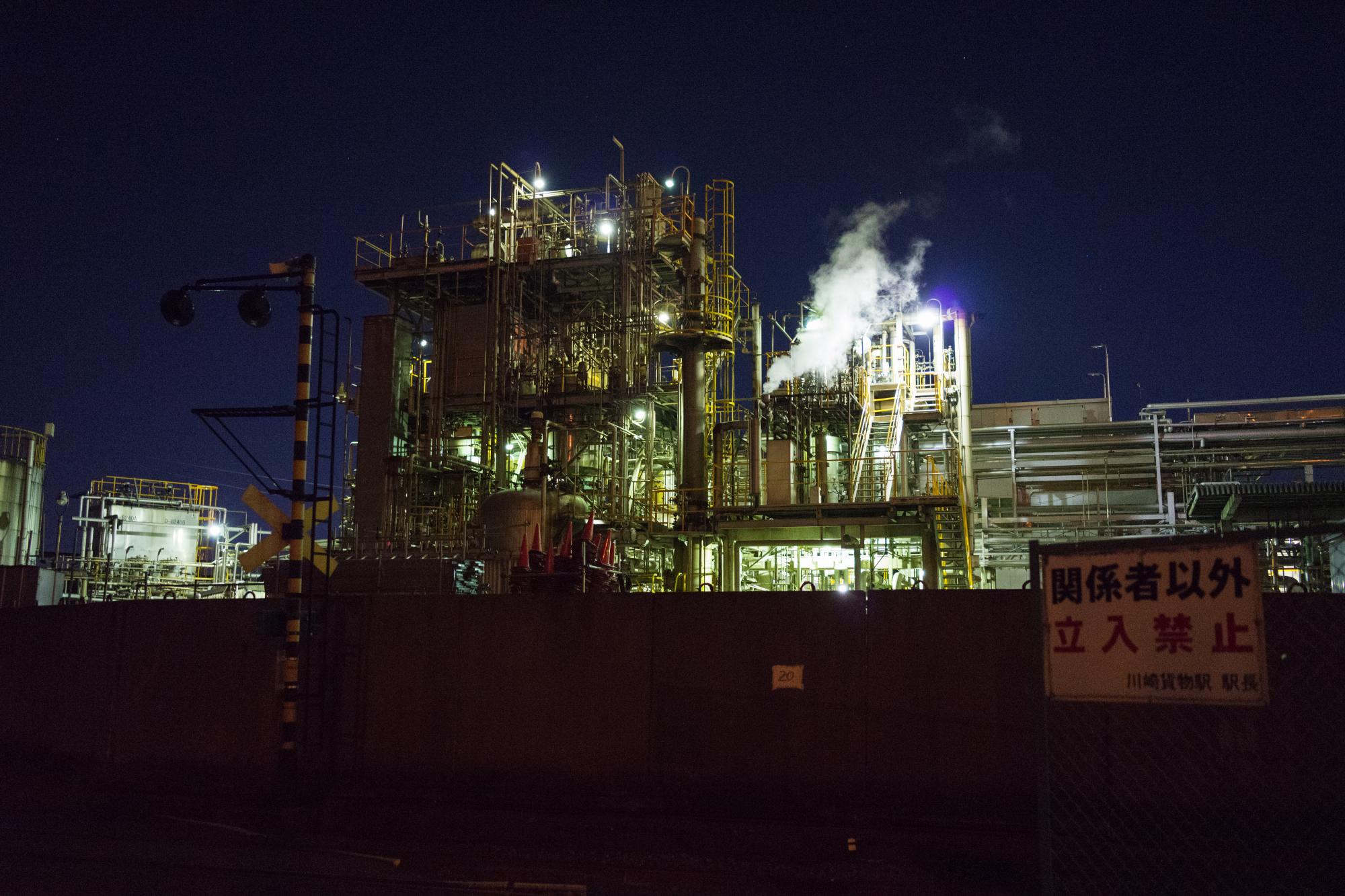 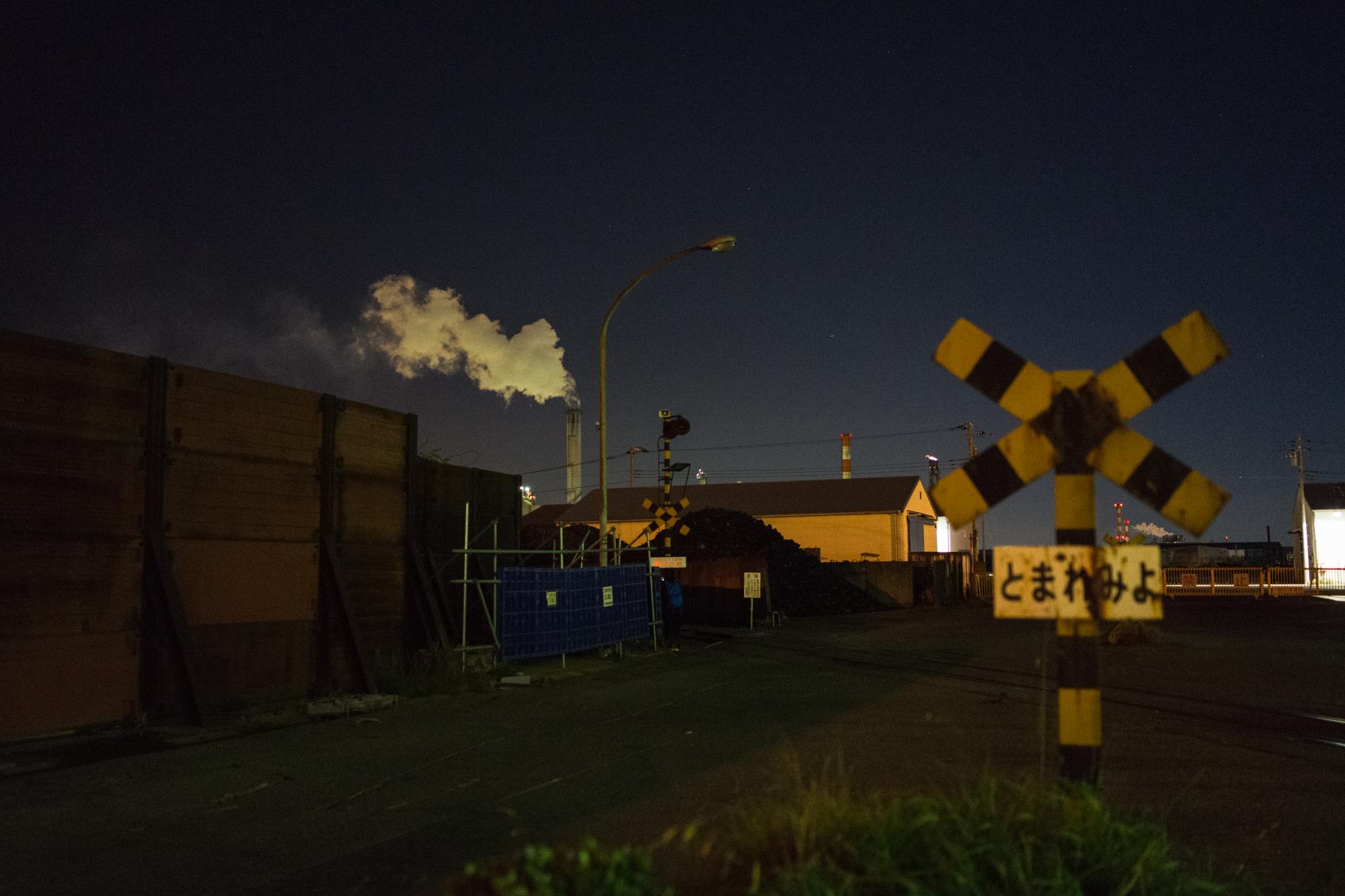 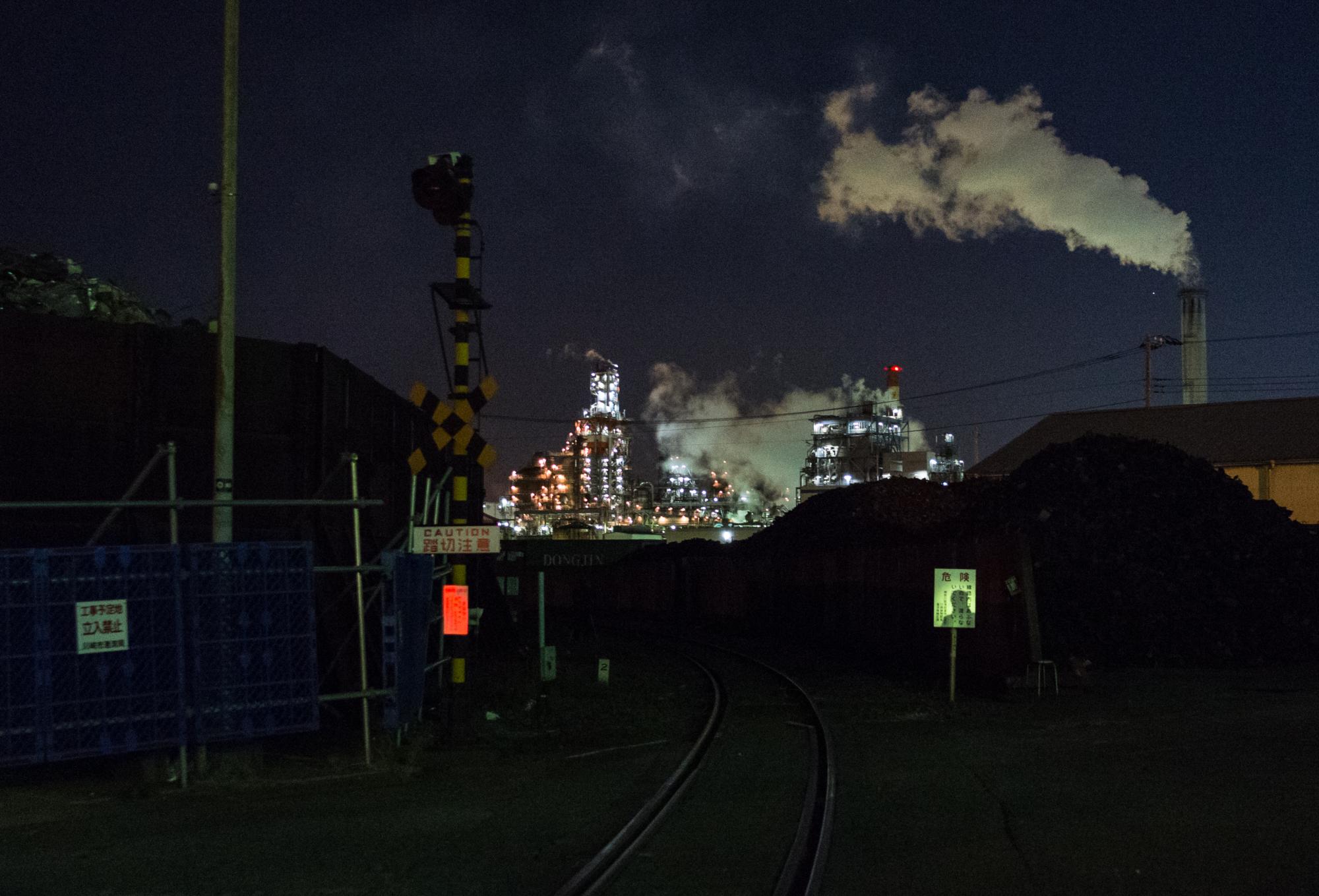 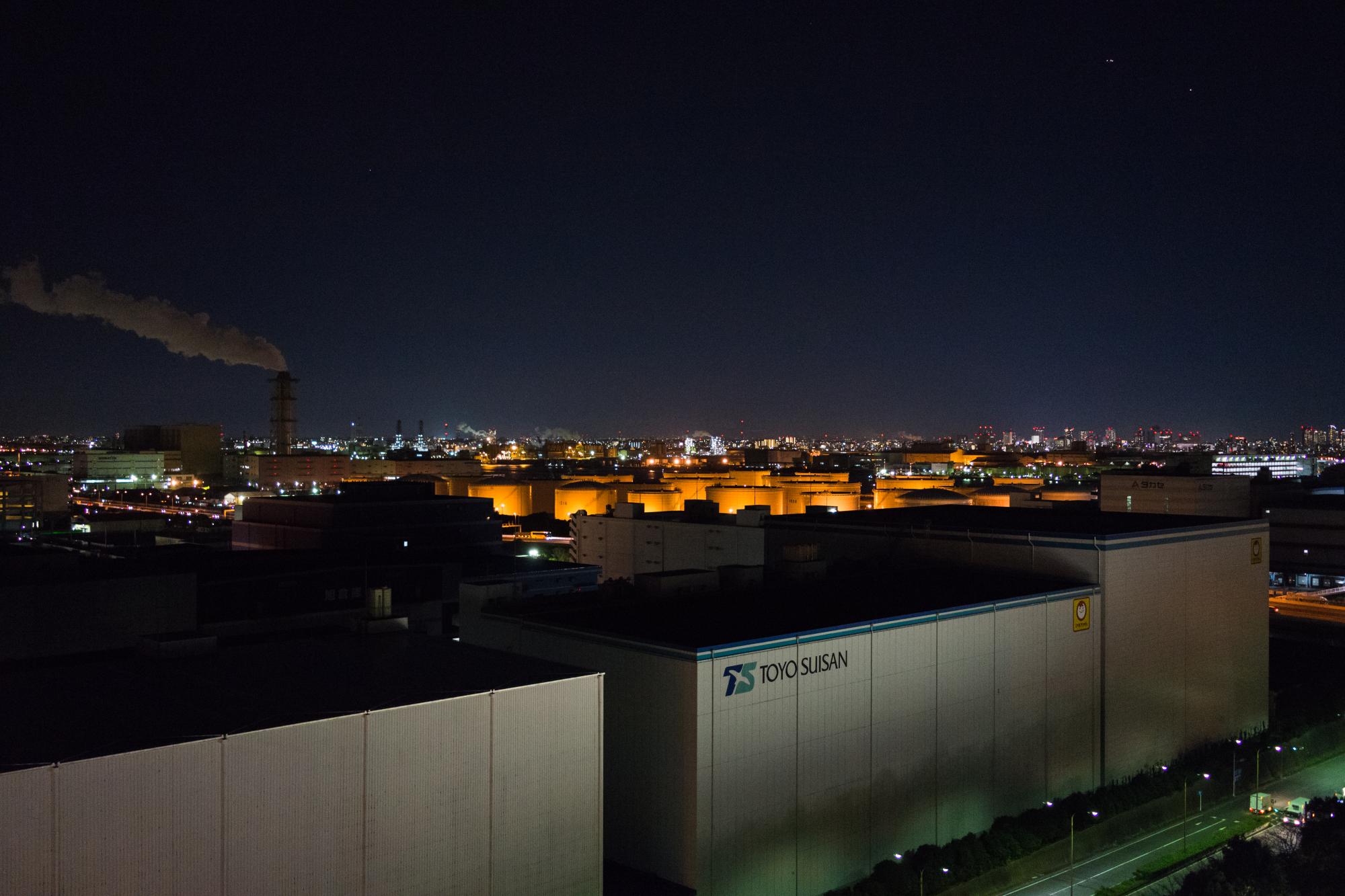 There is an observation deck on the 10th floor (height: 51 meters) of Kawasaki Marien and it commands a panoramic view of Keihin Industrial Area. Moreover it is free of charge! You can see not only factories and containers in a port but also Tokyo Tower, Tokyo Skytree and Minatomirai of Yokohama. It is open from 9:00 to 21:00 (last admission at 20:30). It is closed only during the year-end and New Year holidays (December 29 - January 3). 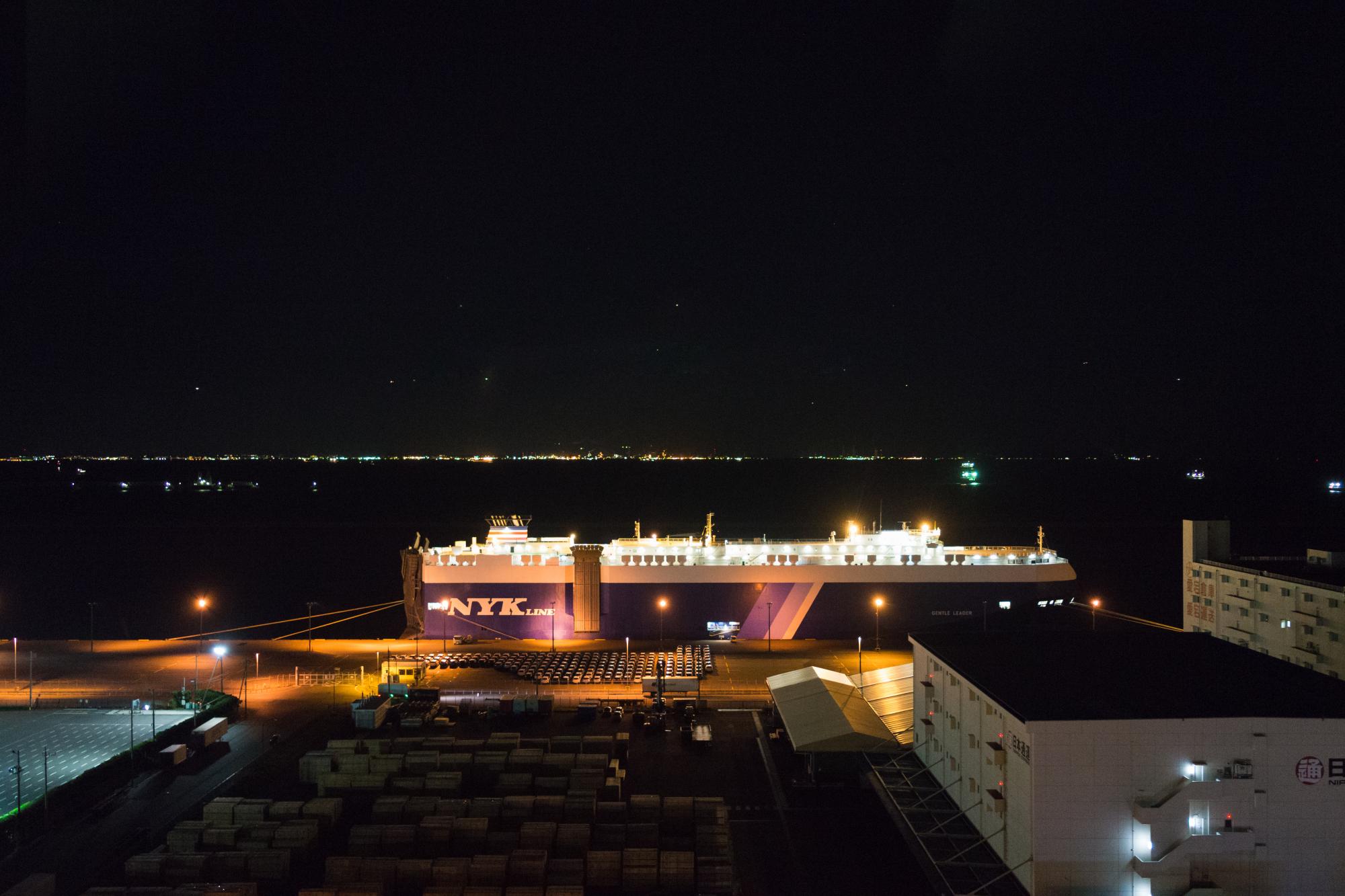 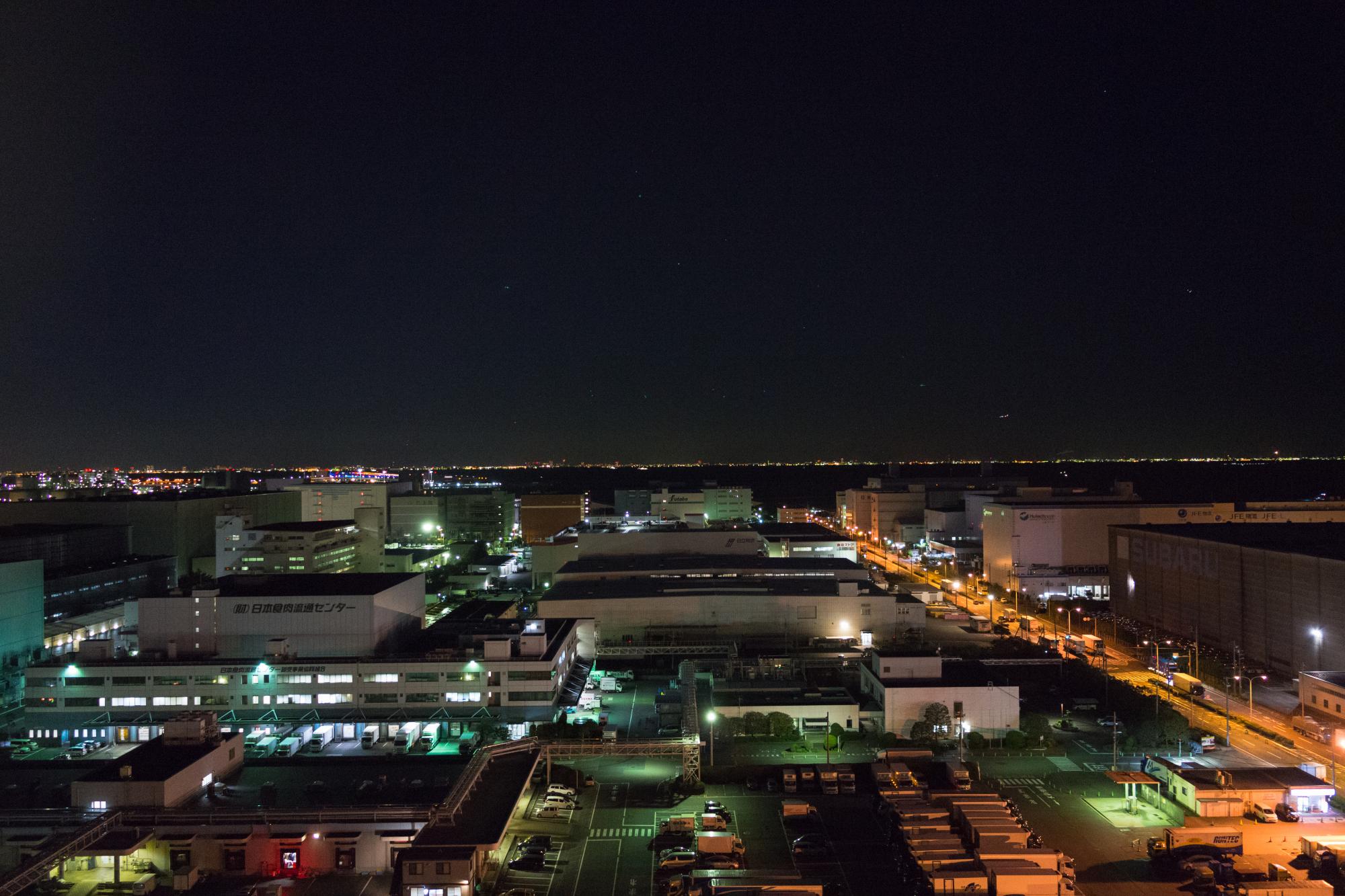 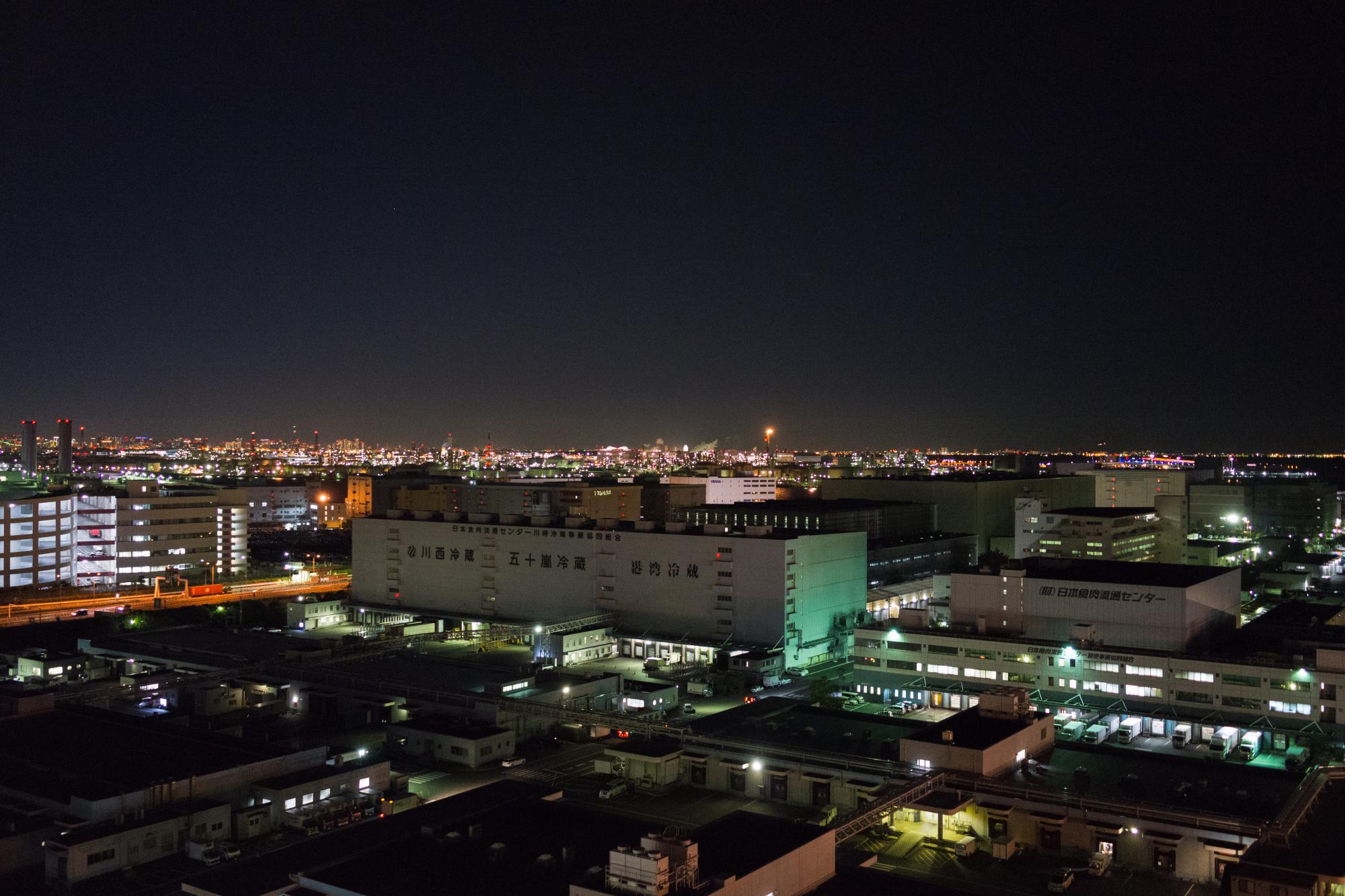 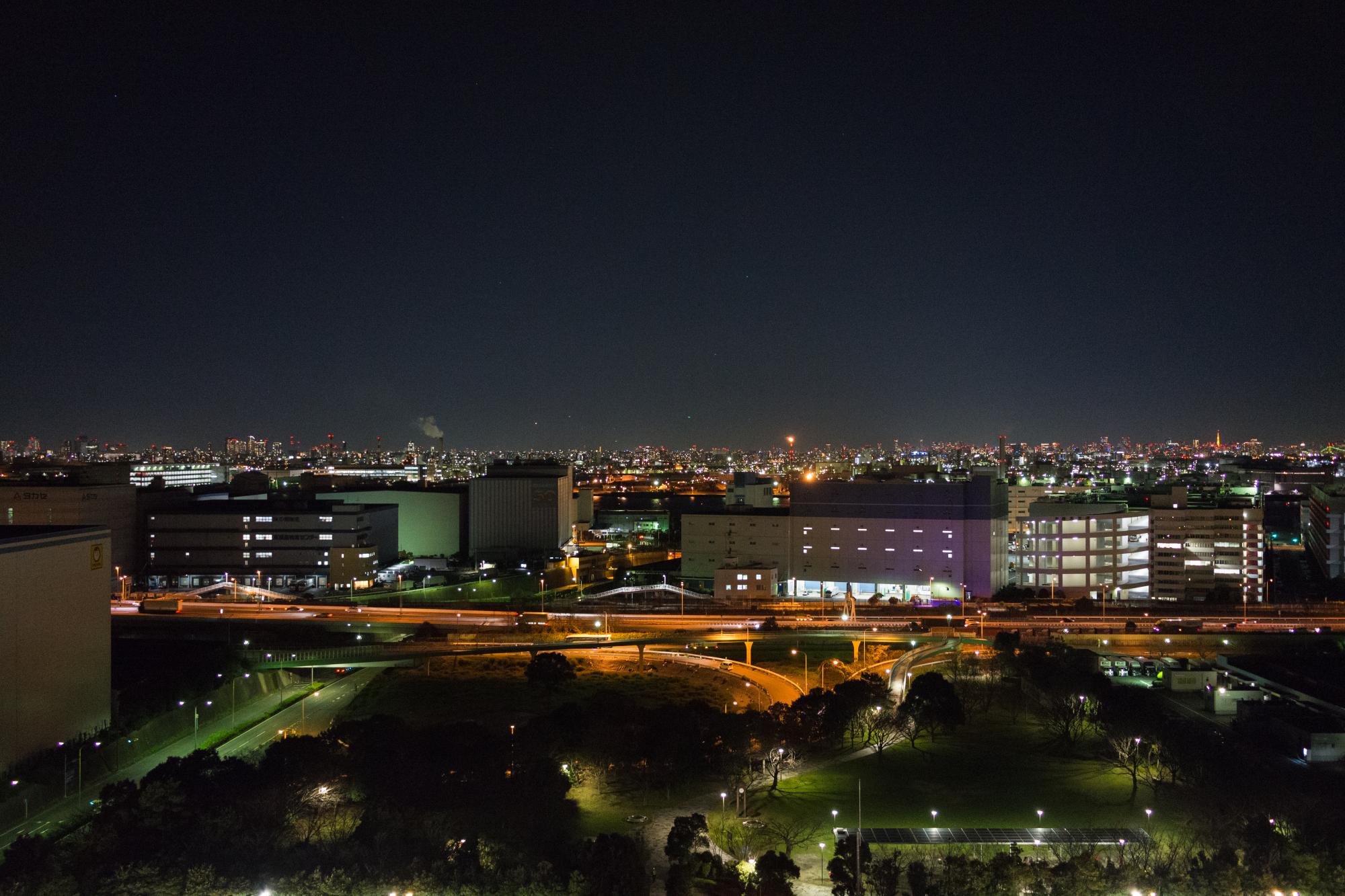 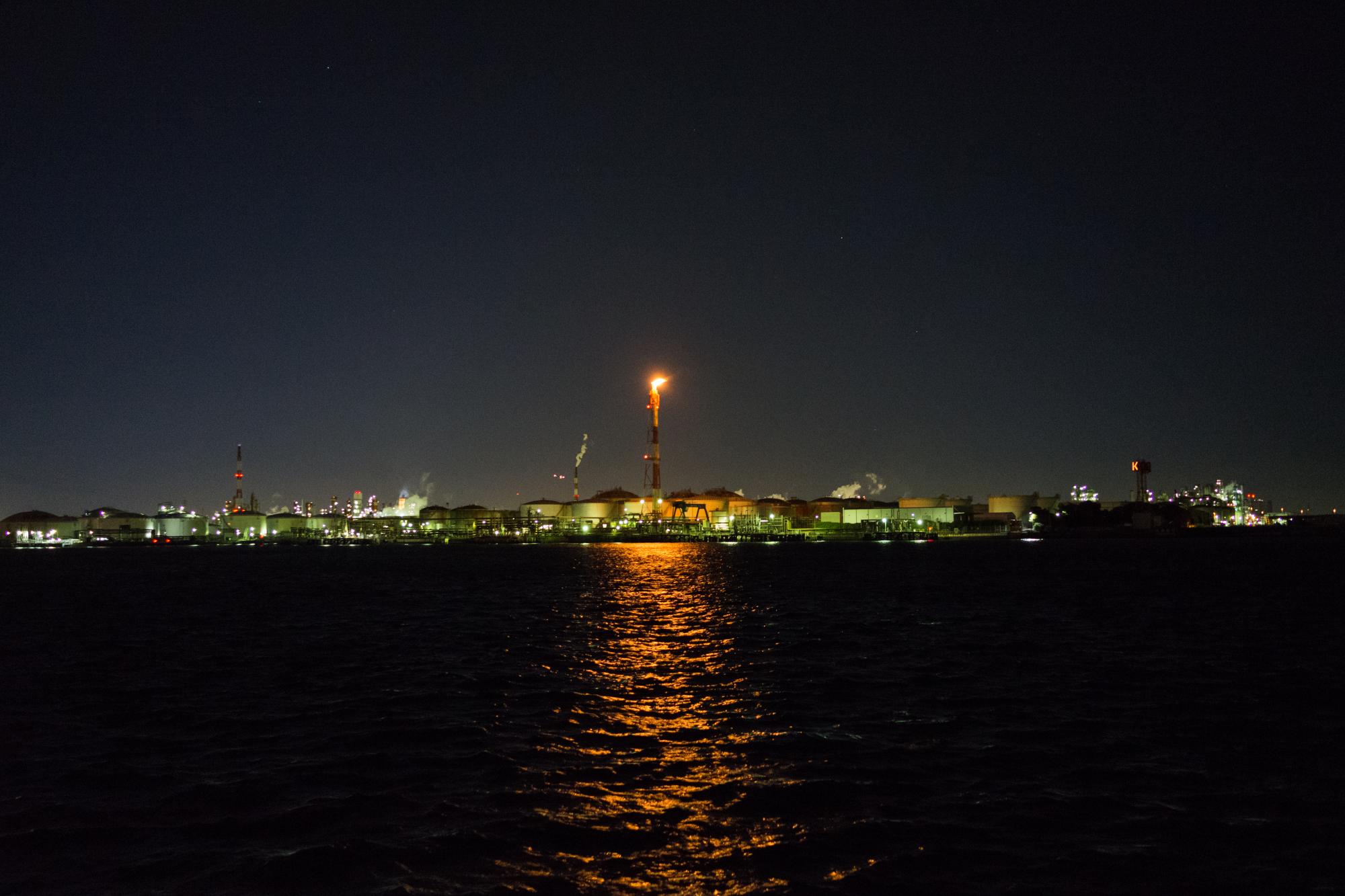 Higashi-ogijima Higashi Park is located in Higashi-ogijima Island, one of the artificial islands that are the closest to the sea. From there you can see factories in Ukishima Island on the opposite side of a canal. Especially the flare stack of Tonen General Kawasaki Refinery reflected in the canal is beautiful. In addition the deck along the canal is fantastic and has good atmosphere. 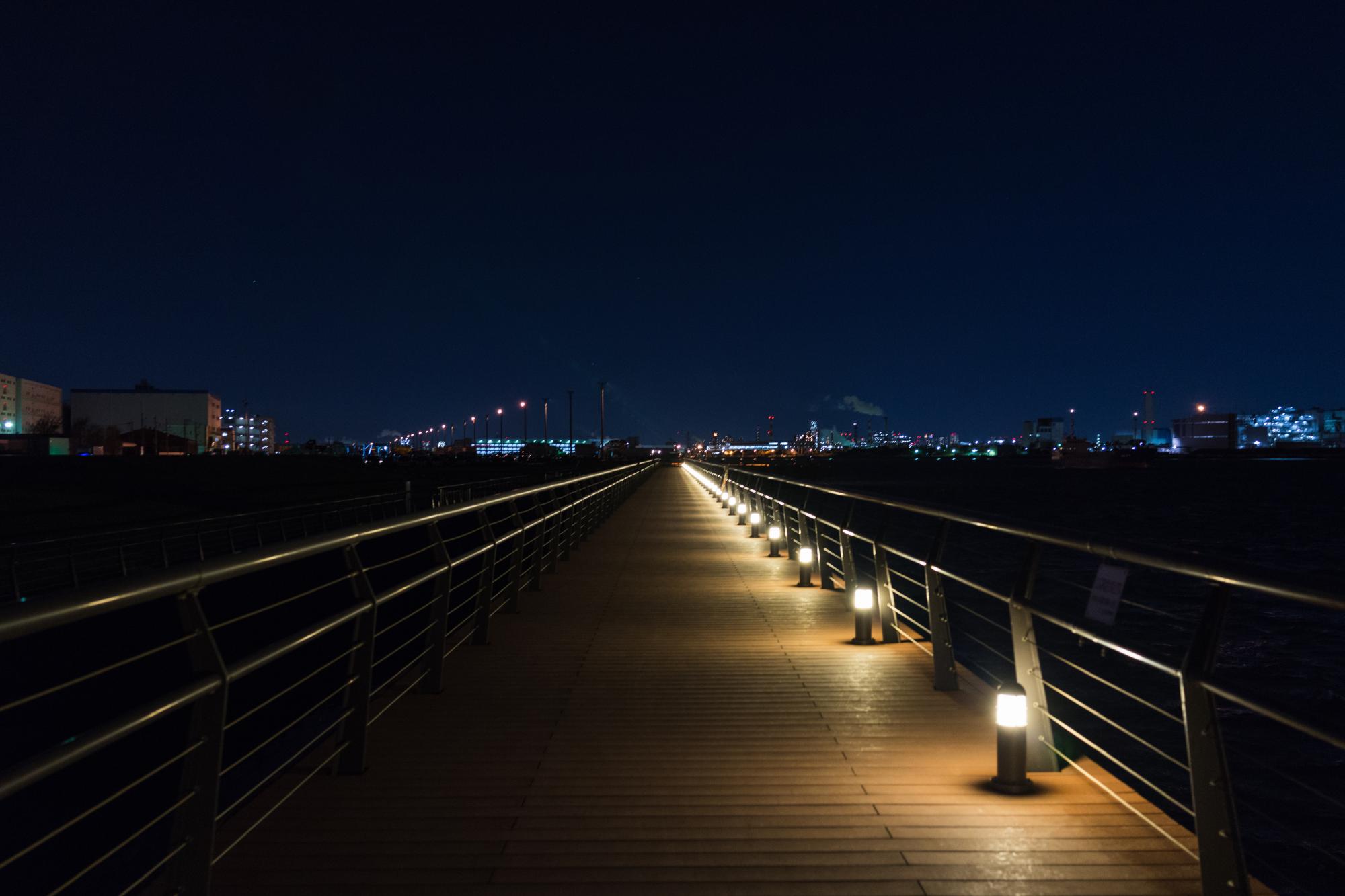