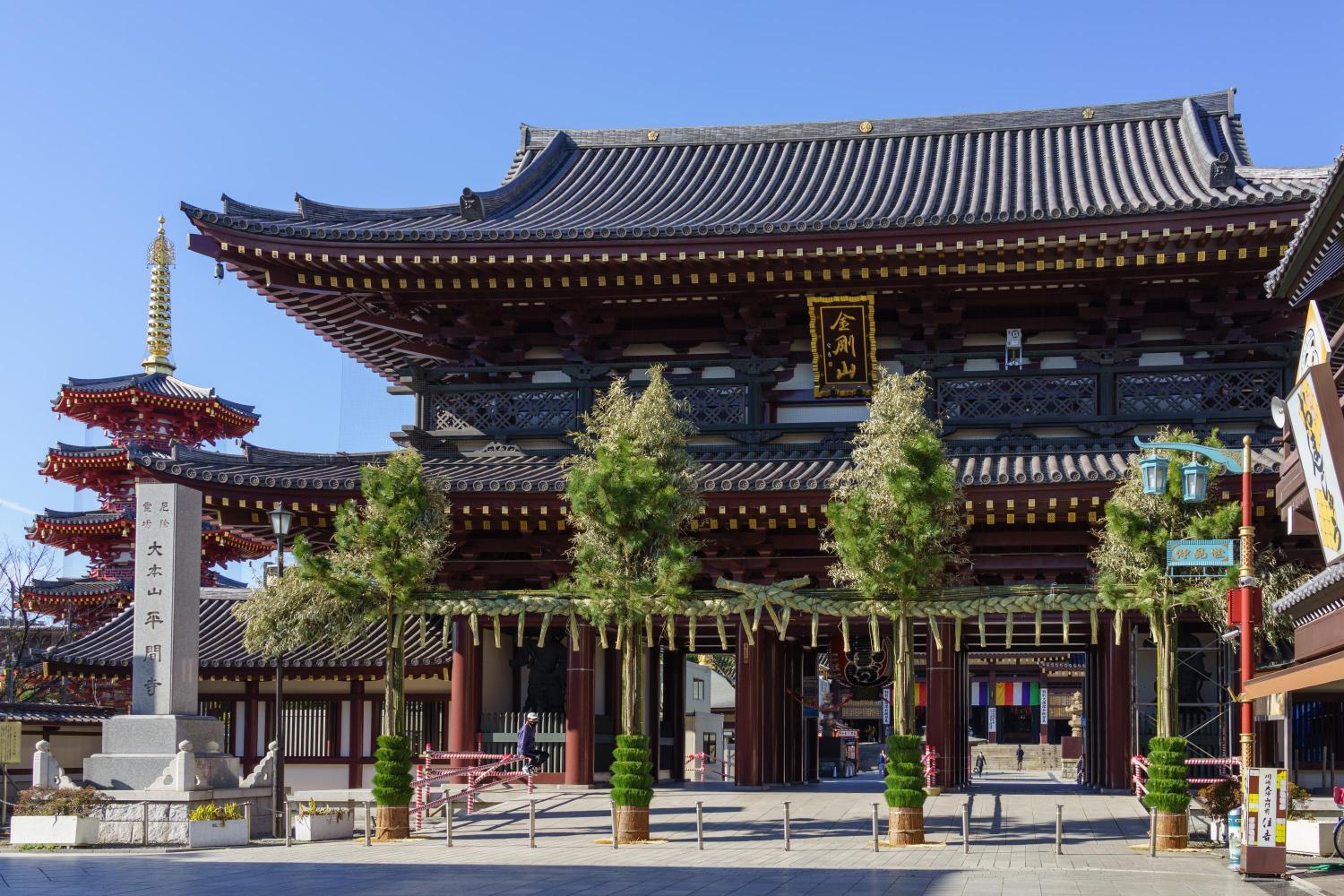 Kawasaki Daishi Heikenji Temple is a Buddhist temple in Kawasaki city, Kanagawa prefecture. As one of the three grandest head temple of the Chizan school of the Shingon sect in Kanto region, the temple is revered by many people and the number of visitors for Hatsumode (the practice of visiting a shrine or temple at the beginning of the New Year) ranks third in Japan. About 3 millions people visit for Hatsumode every year.

The majority of the temple buildings were reconstructed after World War II, because they were destroyed by an air raid in 1945. But the buildings such as Dai-Hondo (Main Hall), Dai-Sanmon (Main Gate) and Hakkaku Gojunoto (Octagonal Five-storied Pagoda) are excellent.
In addition, it is fun to stroll along Nakamise Dori Street in front of the temple. There are some shops, which sell candy, kuzumochi (a Japanese sweet made of fermented wheat flour) or Daruma doll. The street is so lively. 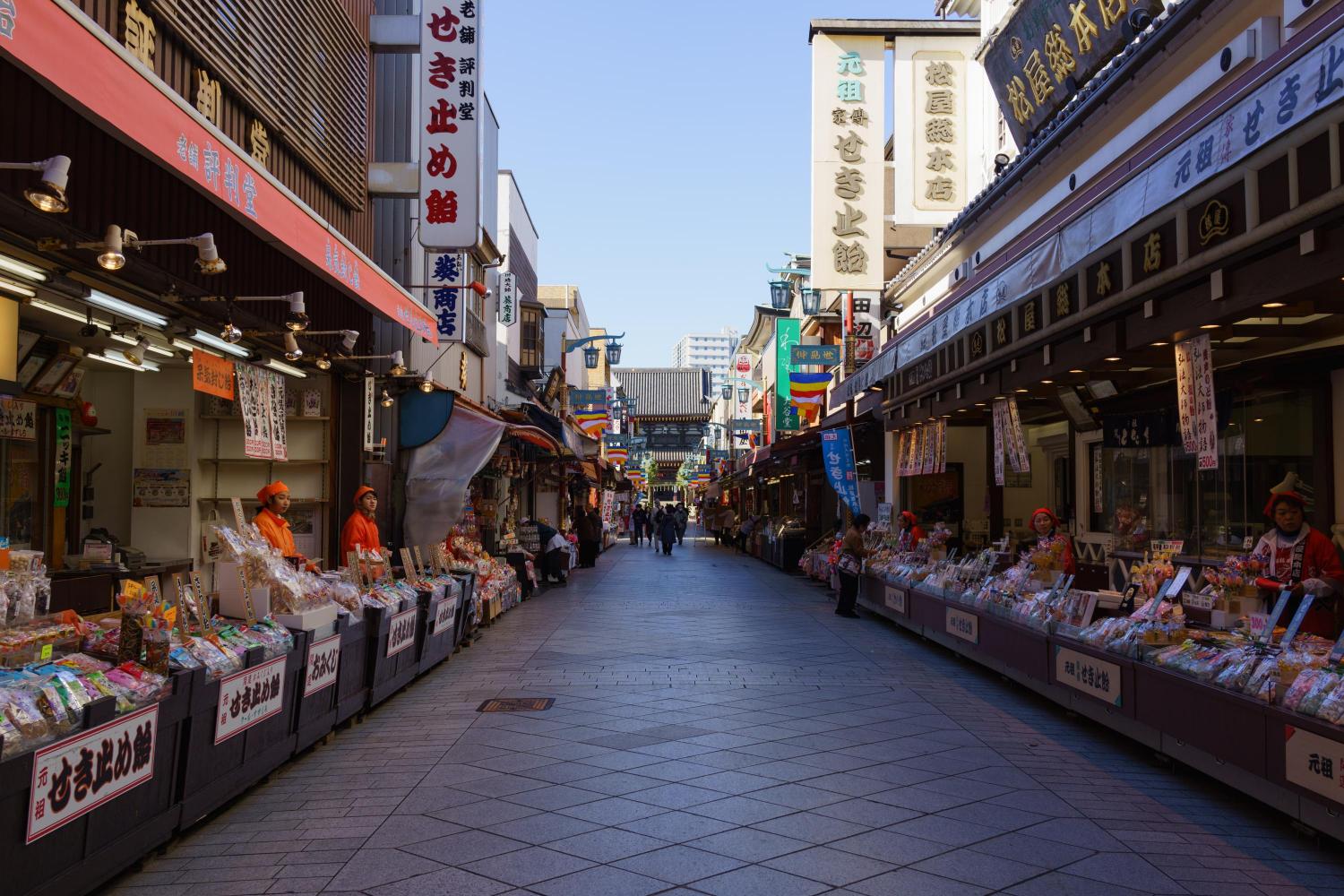 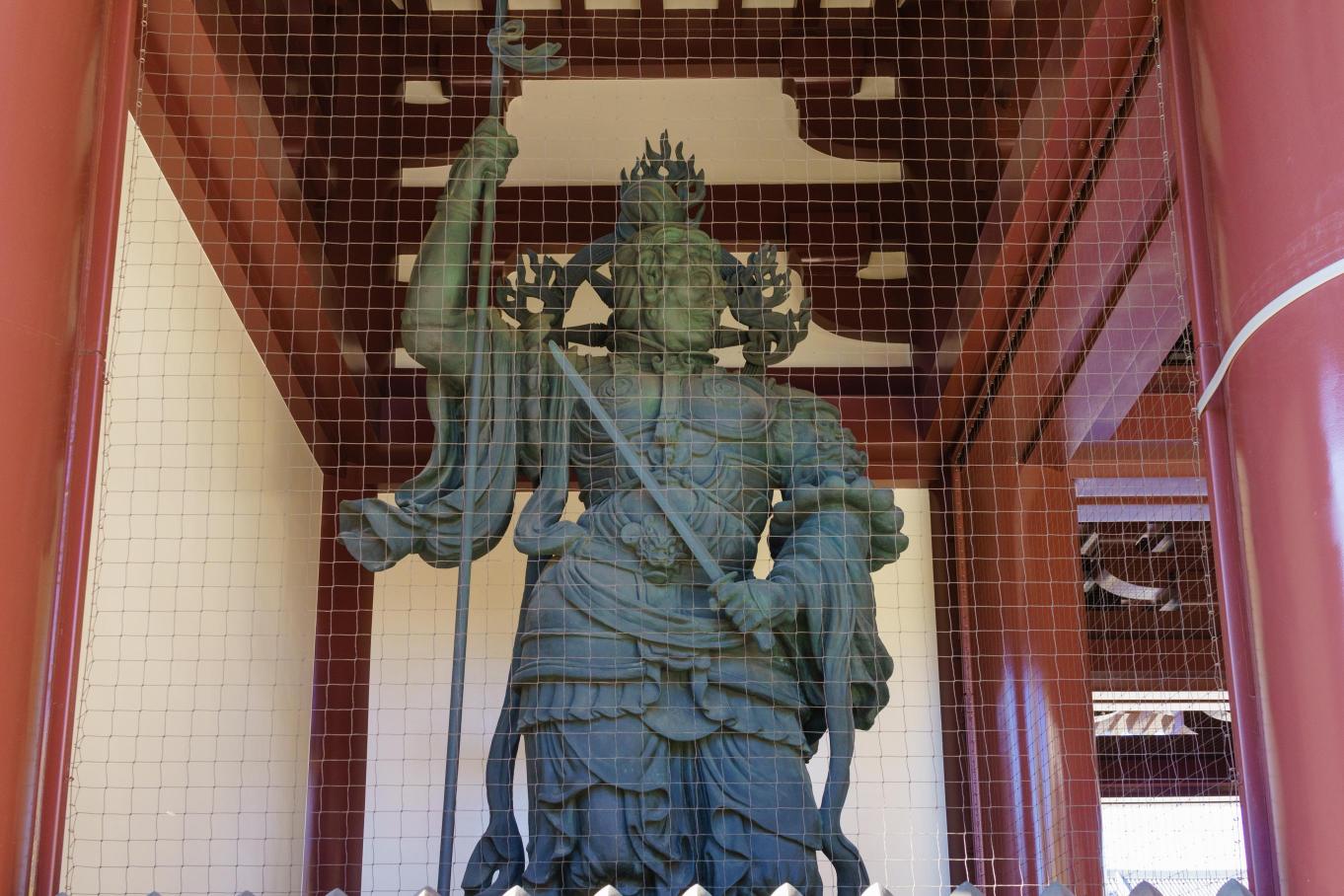 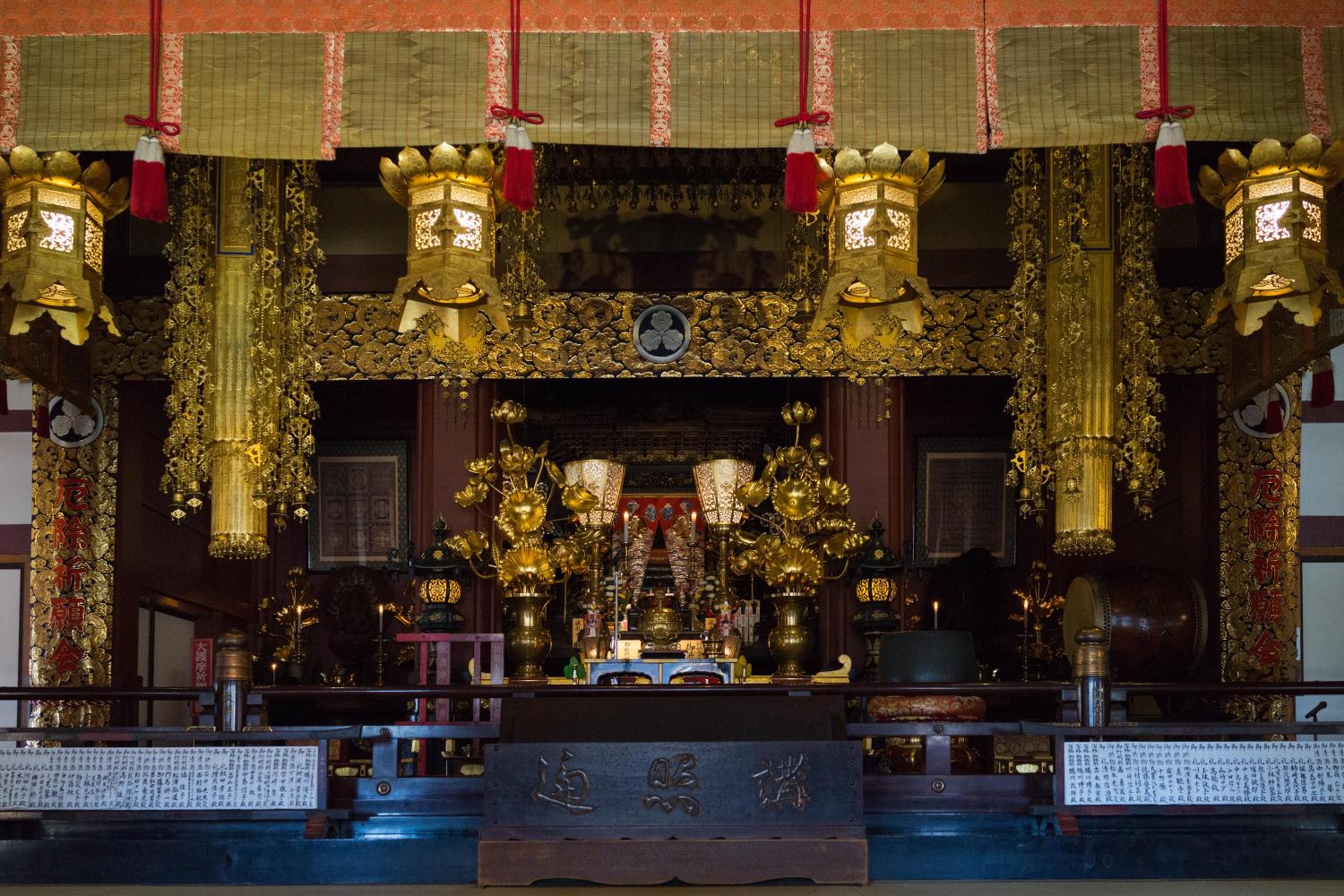 The inside of Dai-Hondo (Main Hall) 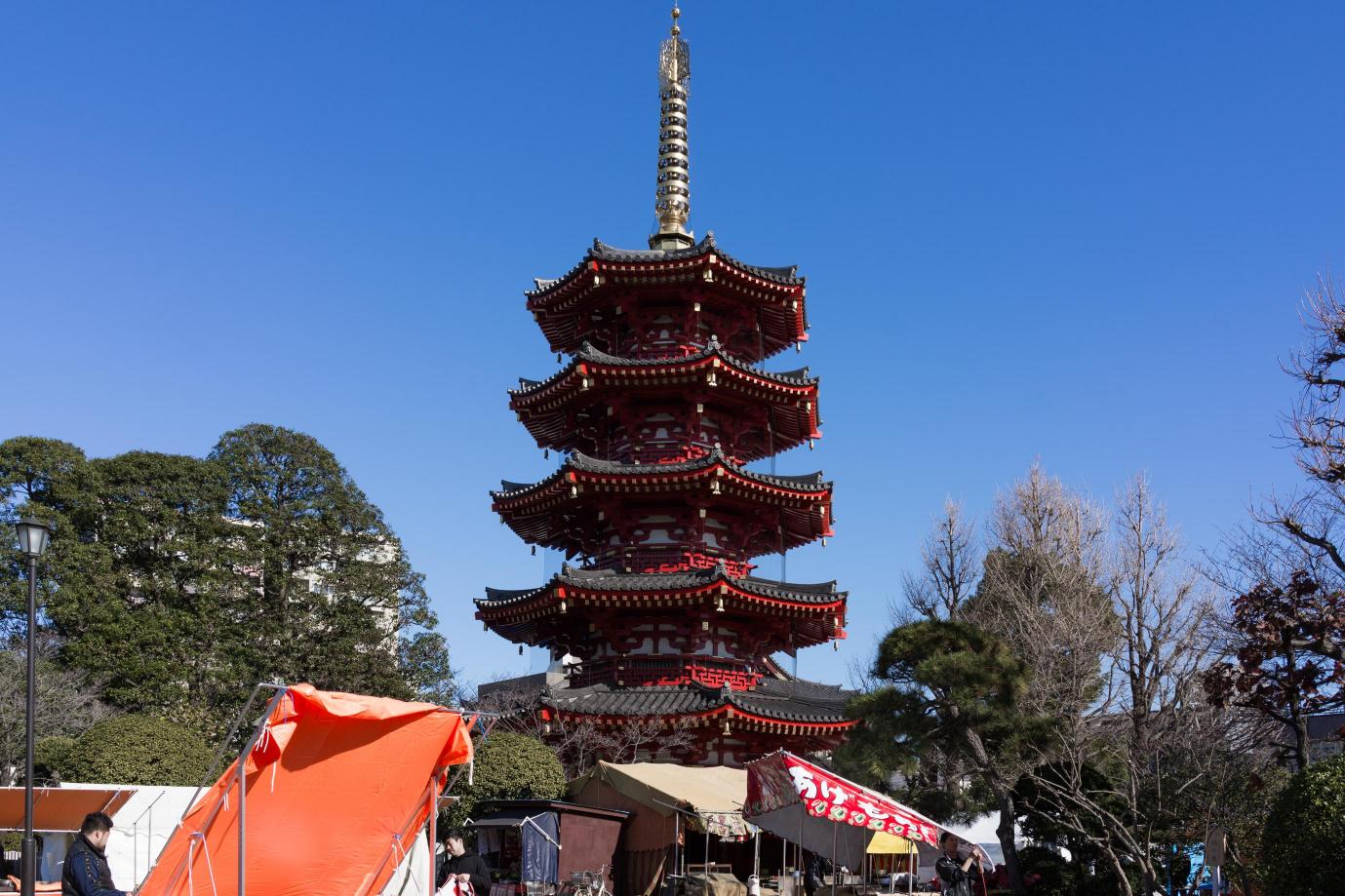 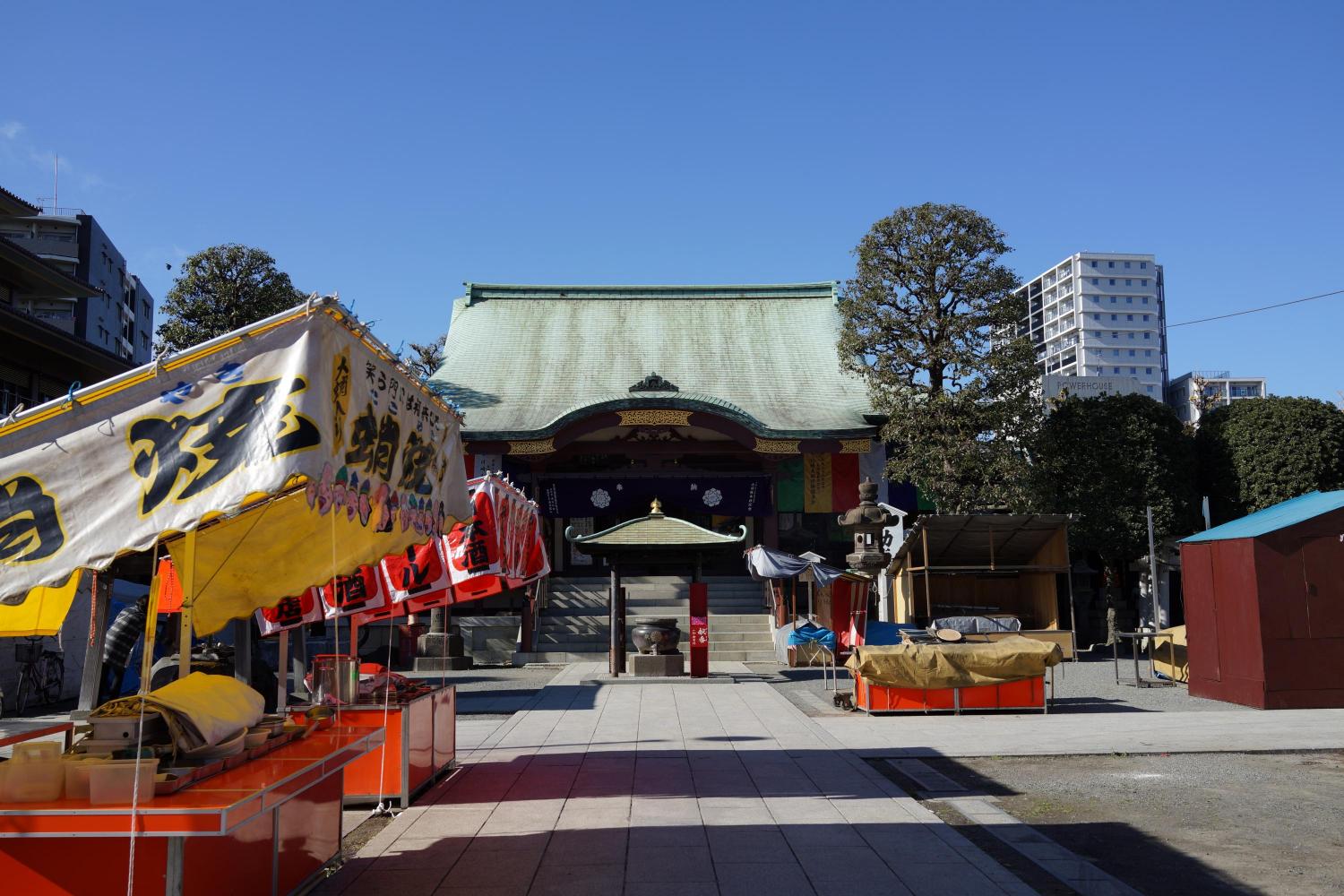 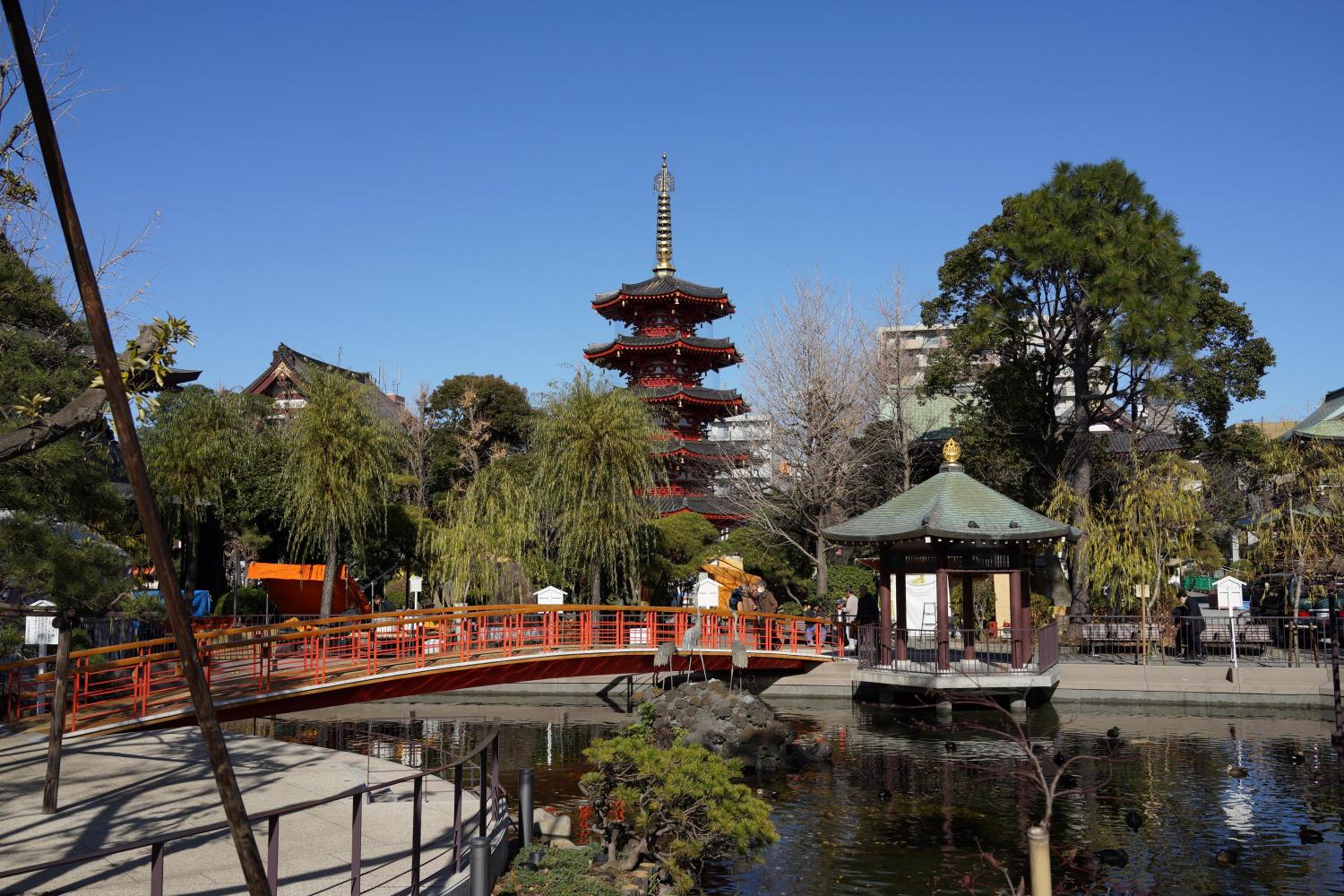 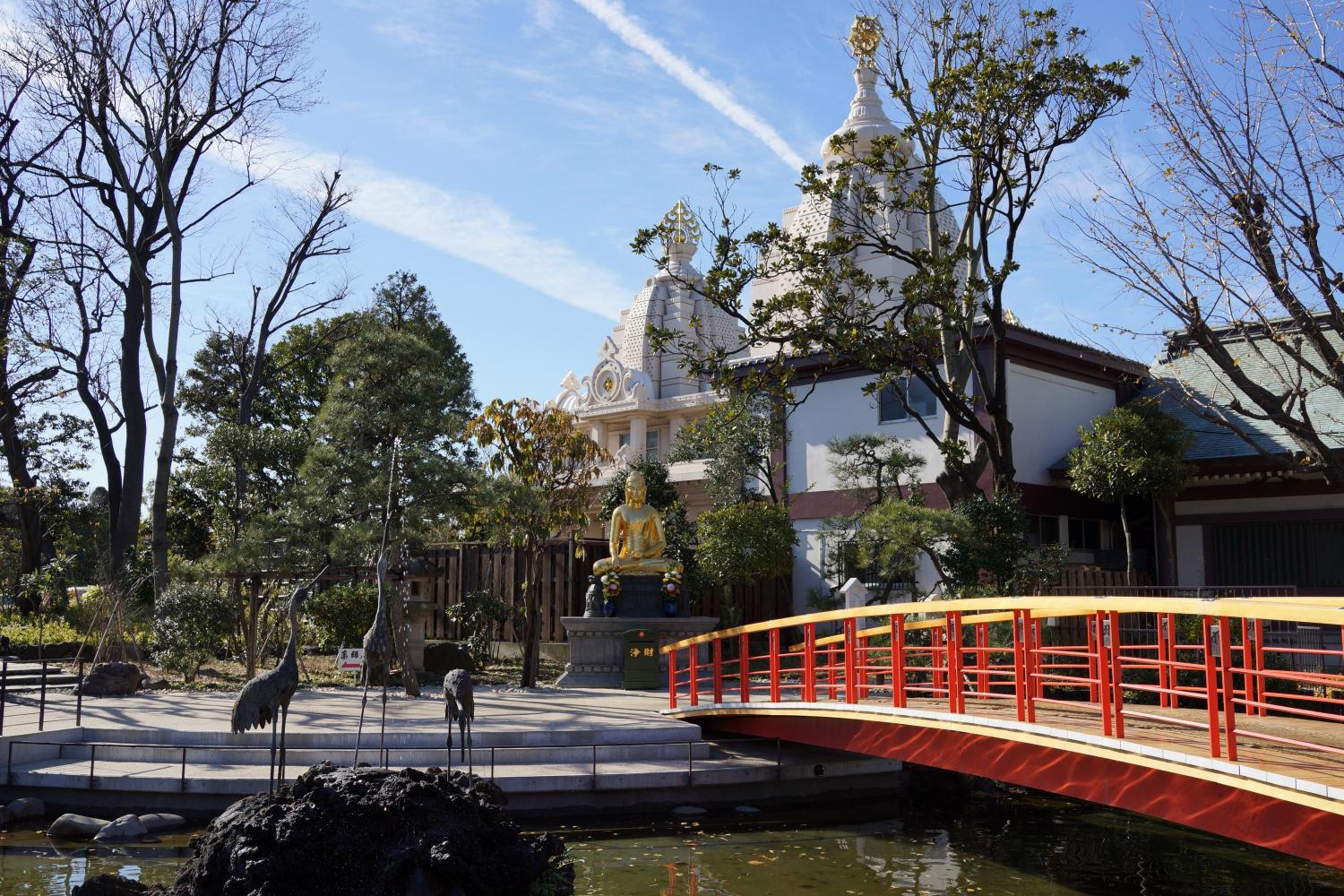 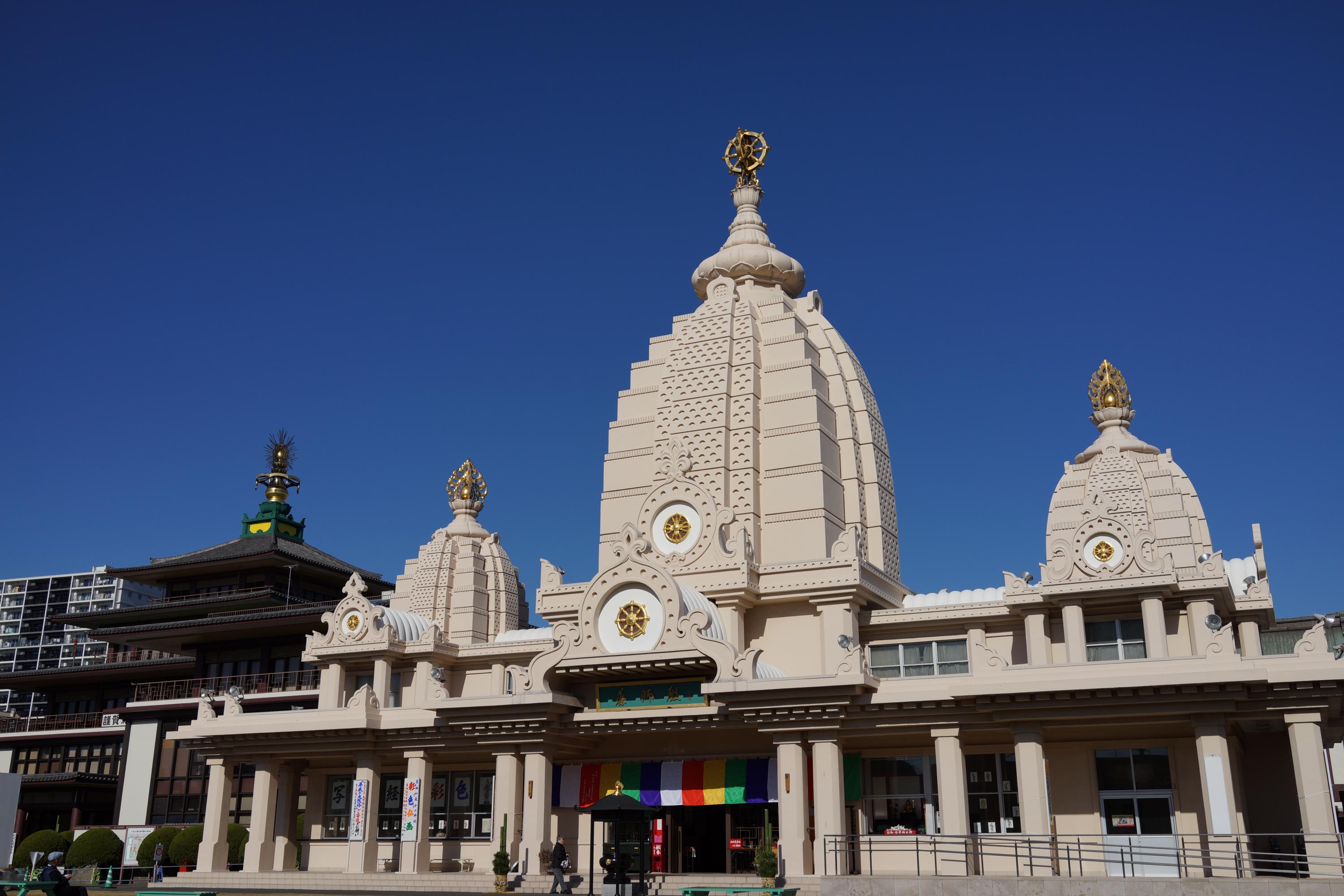