I’m Haruka Ito. I once spent time at an island and now I’m studying agriculture at college. My hobby is traveling. 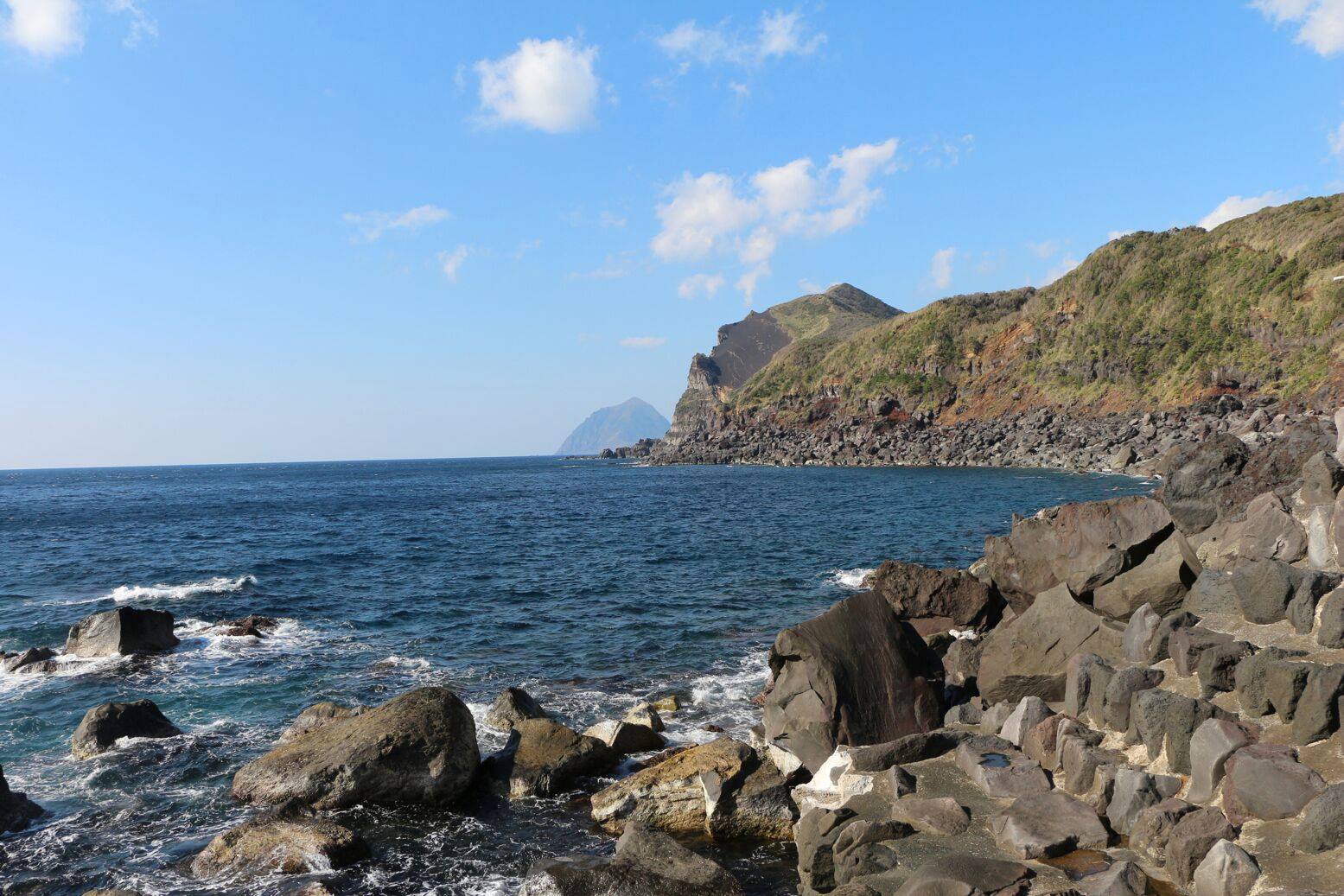 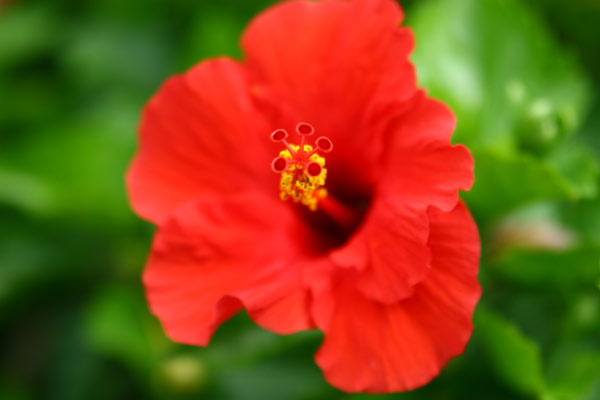 Hachijojima Island is a beautiful island located 287 kilometers to the south of Tokyo with a modest population of roughly 8000 people. The tropical atmosphere of the island is in such contrast with the city that it's hard to believe that you're technically in a part of Tokyo Prefecture. The island is brightly colored with Hibiscus and Freesia flowers, and is often called the "Island of Perpetual Spring” because of the warm temperature, humidity and strong winds there. It's a vibrant and rich island where sightseeing spots are abundant and agriculture is plentiful! 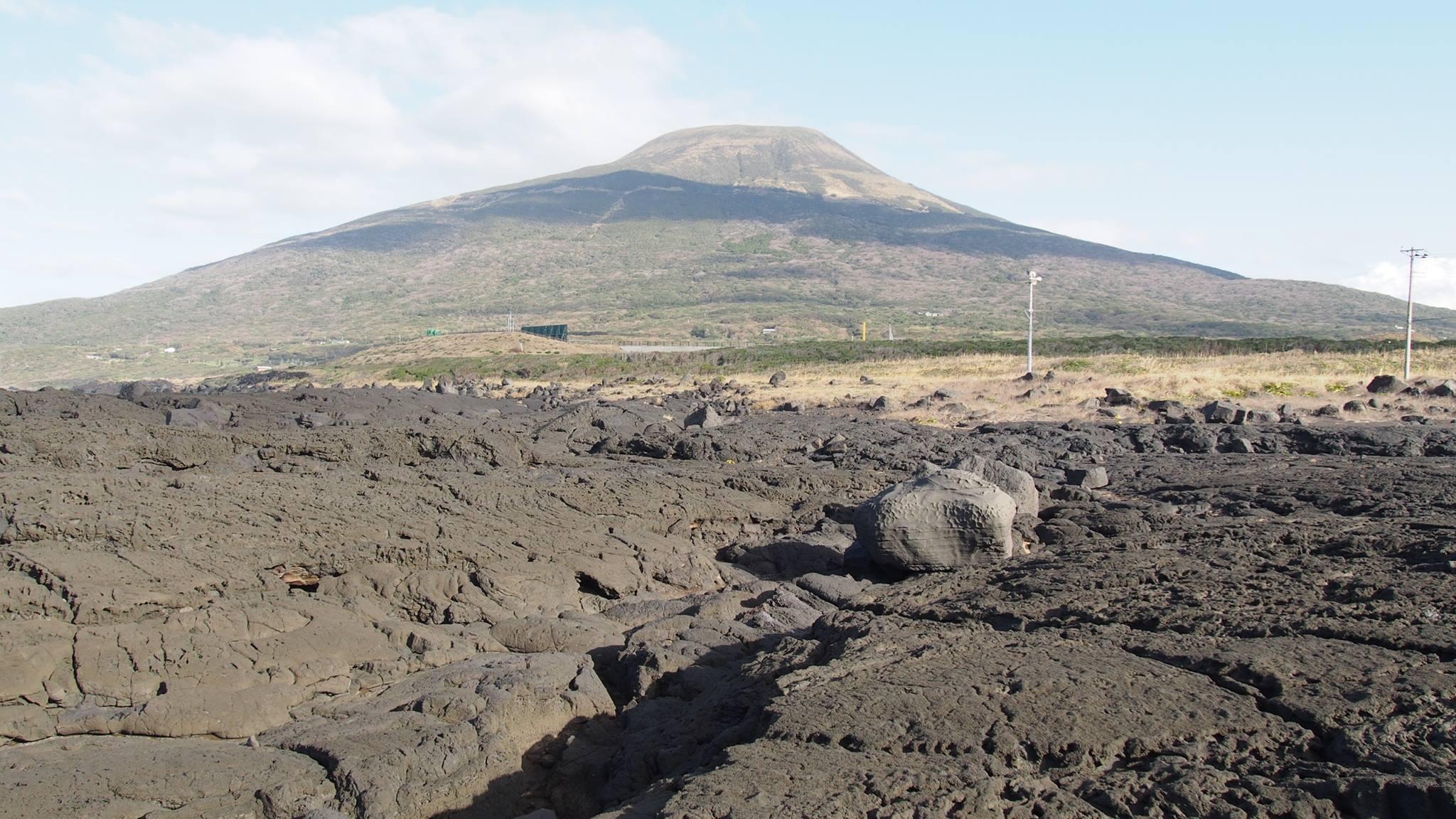 At 854 meters above sea level, Mt.Hachijo Fuji is the tallest mountain in the Izu Islands. Its shape resembles that of Mt. Fuji and it's been about 10,000 years since the mountain's last major eruption. An 854m, 2 hour hike will put you in a great place to catch a breathtaking 360° panoramic view of the sea and the Kuroshio Current. Be warned that you may encounter obstacles such as goats along the way! Once you reach the top, walk around the rim of the crater (this is called "Ohachimeguri" in Japanese) and experience the mystical greenery. You really feel as if you're walking above the clouds and the whole experience seems very unreal at times. The view from the top of the 1,280 stone steps is exhilarating! 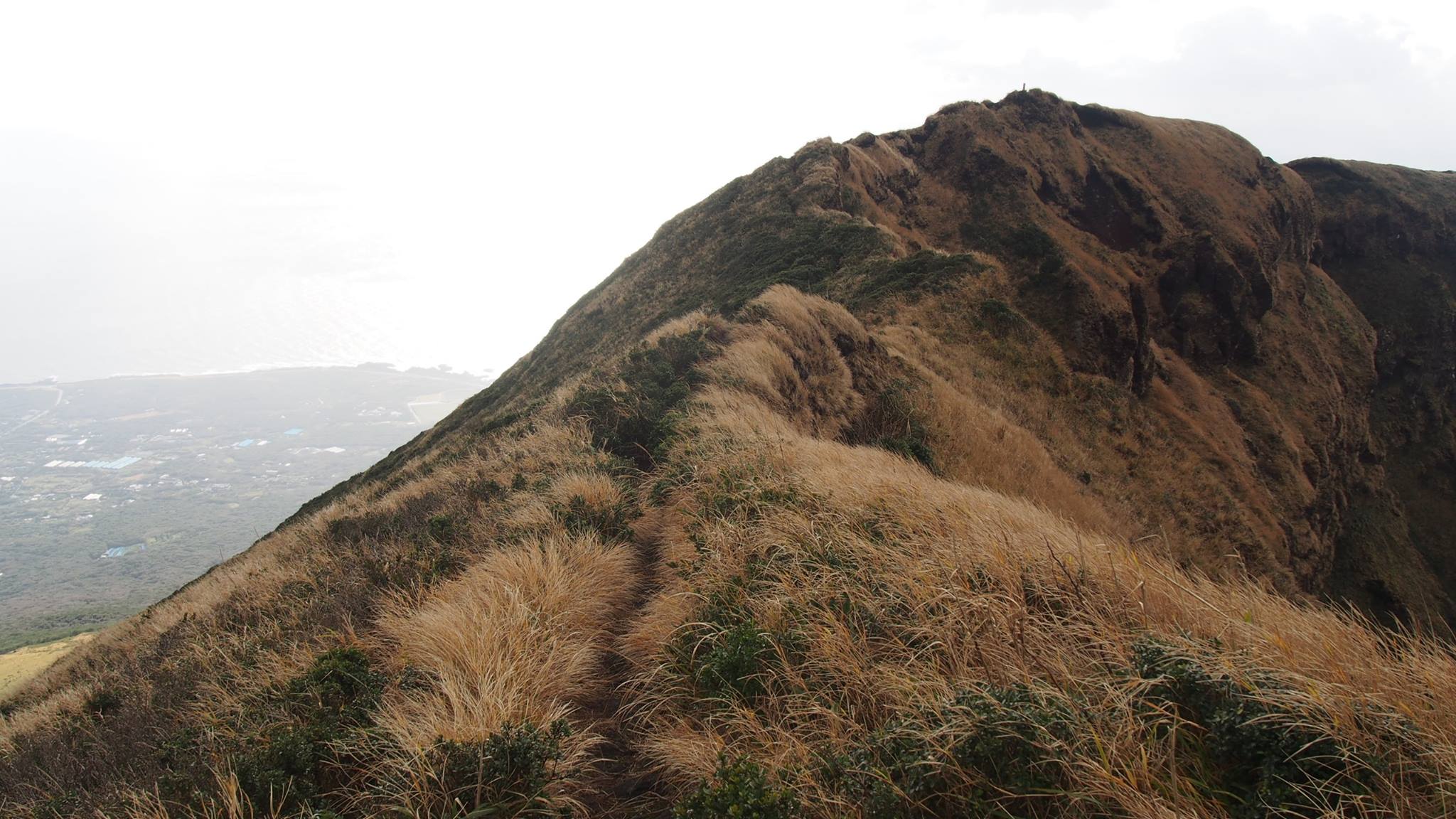 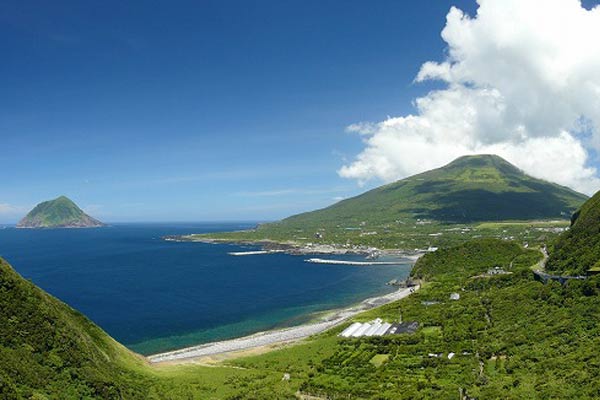 The Osaka Observation Deck is known for its superb views and is classified as one of the Hachijo Hakkei (the Eight Views of Hachijojima Island). When you come out of the 151m long Osaka Tunnel, you'll be greeted to a wide open view of Mt.Hachijo Fuji, Hachijo Kojima Island and the Pacific Ocean. The tunnel is situated on an important community road. The road connects various places on the island and was constructed in 1907. Of course it's very refreshing to go through the tunnel by car or bicycle but I highly recommend that you stop at the Osaka Observation Deck and enjoy the magnificent views and fresh air of Hachijojima Island. It truly is a magical experience! 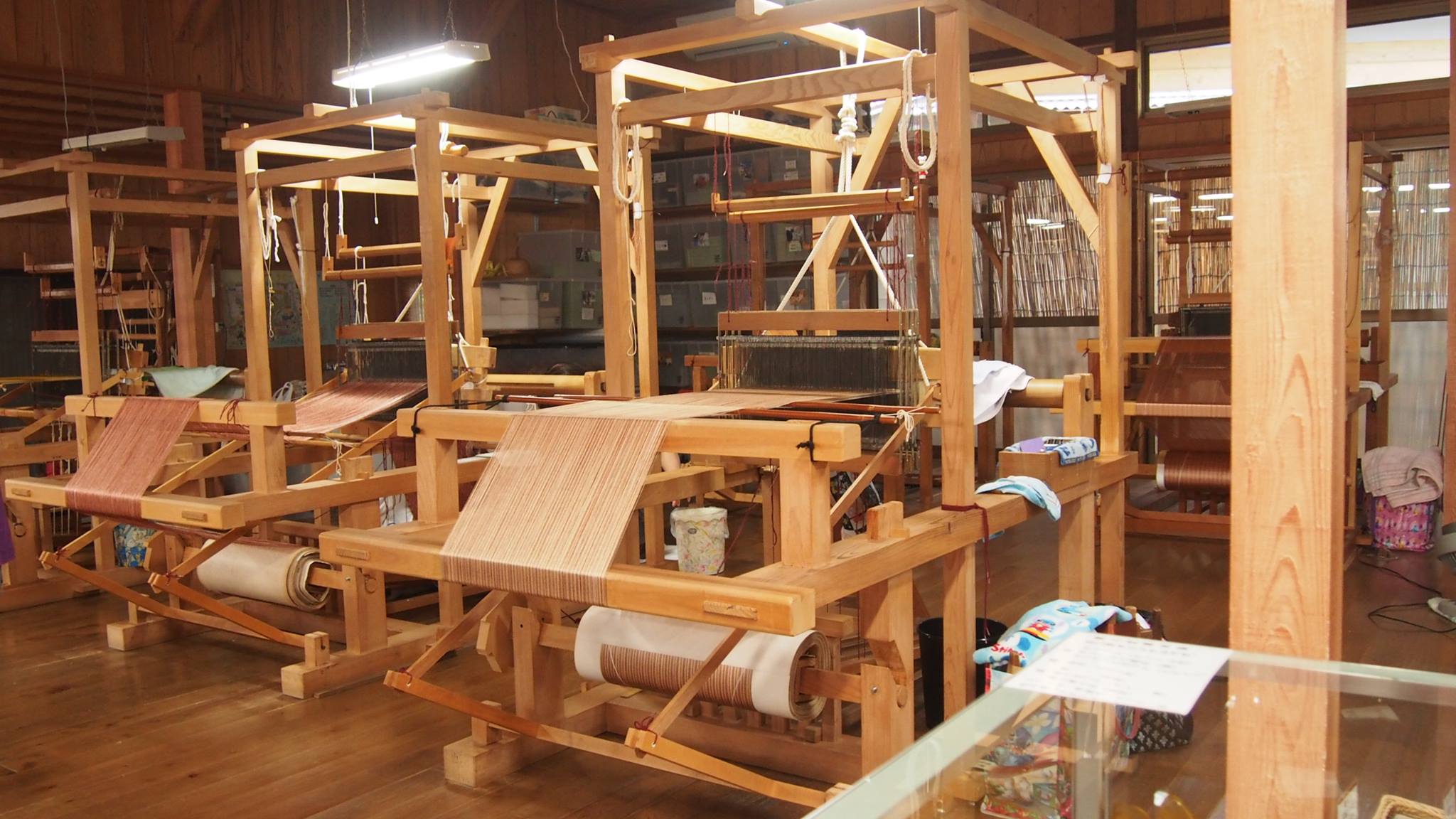 Kihachijo is the representative silk fabric of Hachijojima Island. It is a plain or twilled fabric, woven in a lattice or striped pattern with bright yellow, brown, or black colored threads. The cool part is that they're dyed with native plants that grow wildly on the island! Back in the Muromachi period (1336 - 1573) when tributes were levied on the island, the Kihachijo was an official tributary item. The quality of the item was such that it became the origin of the name of the island. In fact the history of the fabric continues to this day! Kihachijo is made on a traditional handloom in a workshop where you can observe and experience weaving firsthand! I highly recommend the scarves, ties and keychains made of beautiful, high-grade cloth as a souvenir or gift for your loved ones! 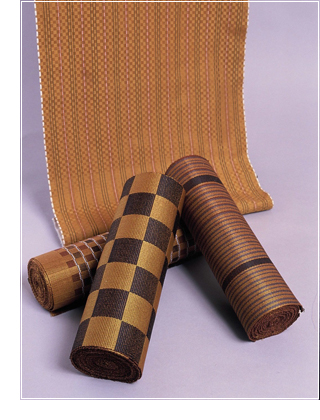 Shima-zushi (sushi in the Izu Islands) 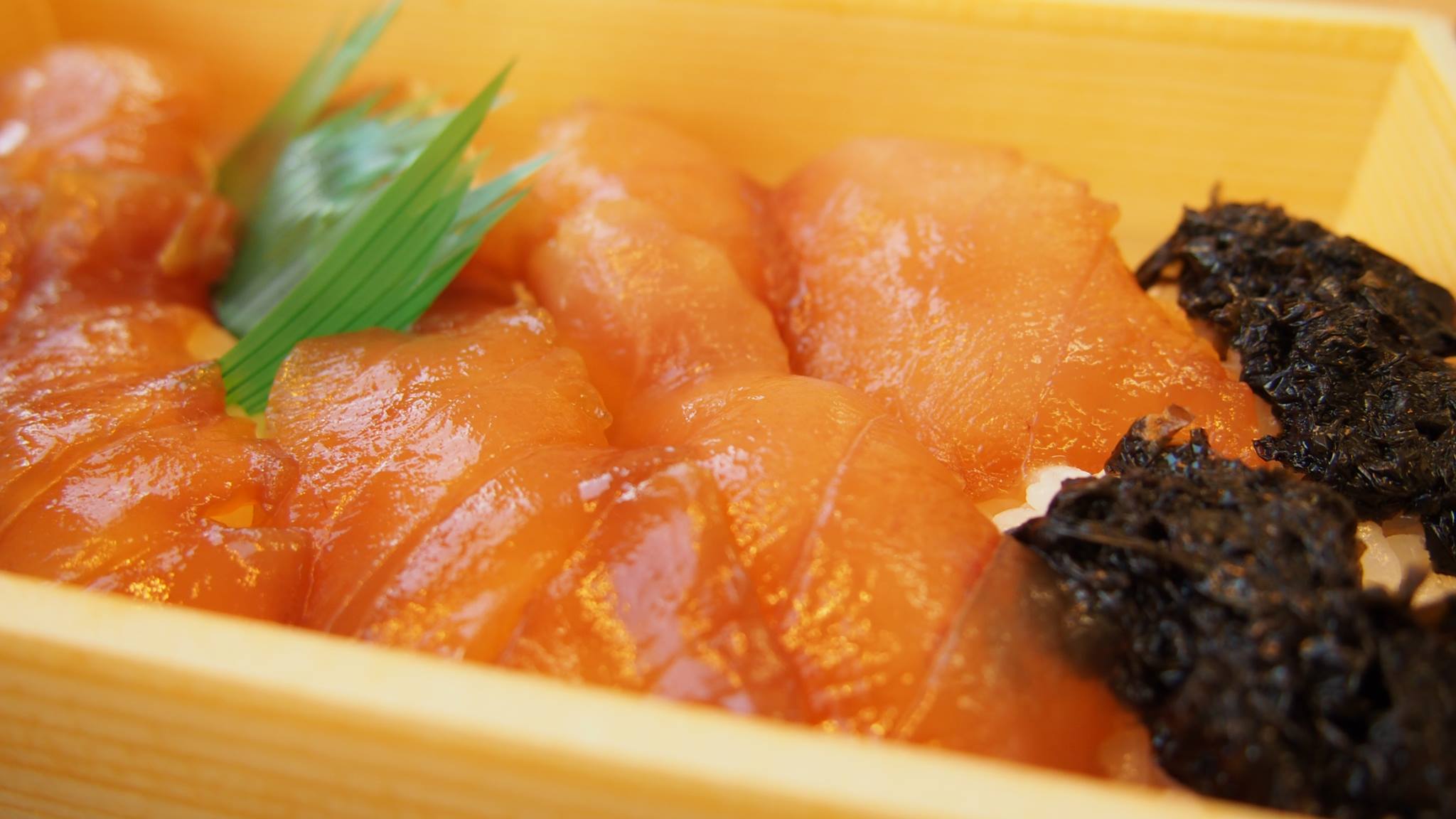 Shima-zushi is the representative local food of Hachijojima Island. It consists of a semi-sweet vinegared rice topped with slices of raw fish pickled in soy sauce. Sea bream, flying fish, and Greater Amberjacks are some of the more unique options available, and the best part is that they've been freshly caught and brought in from the port right to your plate! Following tradition, mustard is used in Shima-zushi instead of wasabi (Japanese horseradish) because the island natives were unable to get wasabi during olden times. Shima-zushi is sometimes called “Bekko (tortoiseshell)-zushi” because of the shimmering light that reflects off the surface of the fish. Because of the long shelf life of the pickled fish, it has been enjoyed as preserved food since long ago. Not only can you enjoy the sushi in a traditional sushi restaurant but you can also get a taste of it at a restaurant in the airport. It is usually served with Tsukudani (various foods boiled in sweet soy sauce) along with unprocessed seaweed gathered locally on the island. One bite of the sushi will fill your tastebuds with the essence of the sea and local island culture! 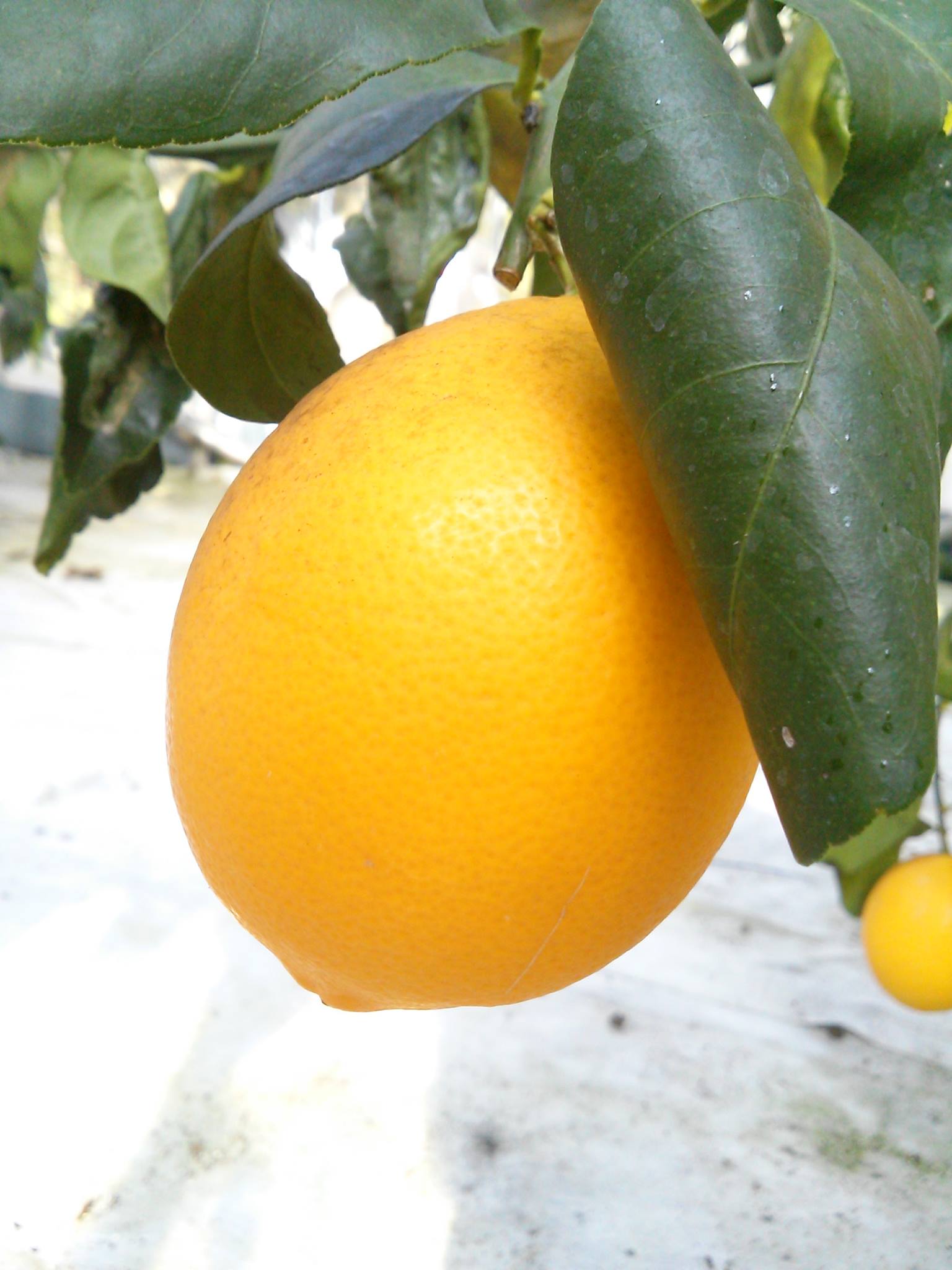 Hachijo fruit lemon is a kind of Meyer lemon that is said to have been brought to the island by the Kikuchi Clan from Tinian Island in the Northern Marianas in 1940. It has a subtle sourness to it and a rather smooth taste. The peel is uniquely soft so some people choose to eat the lemon whole! The size of the fruit is also unique; it is two or three times larger than a regular lemon! Some lemons have even been known to grow to roughly 400 grams! Recently cultivation methods have been improved upon and tasty lemon flavored goods have been introduced to the public. The lemons are undergoing some major branding and are being introduced in restaurants around the island, so you'll be able to enjoy not only fresh lemons but also lemon-flavored sweets and alcohol!