Hello everyone!
I am a creative designer of "Classical Princess Japon" that creates historical and classical kimono dresses and designs communication plans by using the dresses.

Try on a Classic Kimono Dress!: Beautiful combination of Japanese and foreign culture 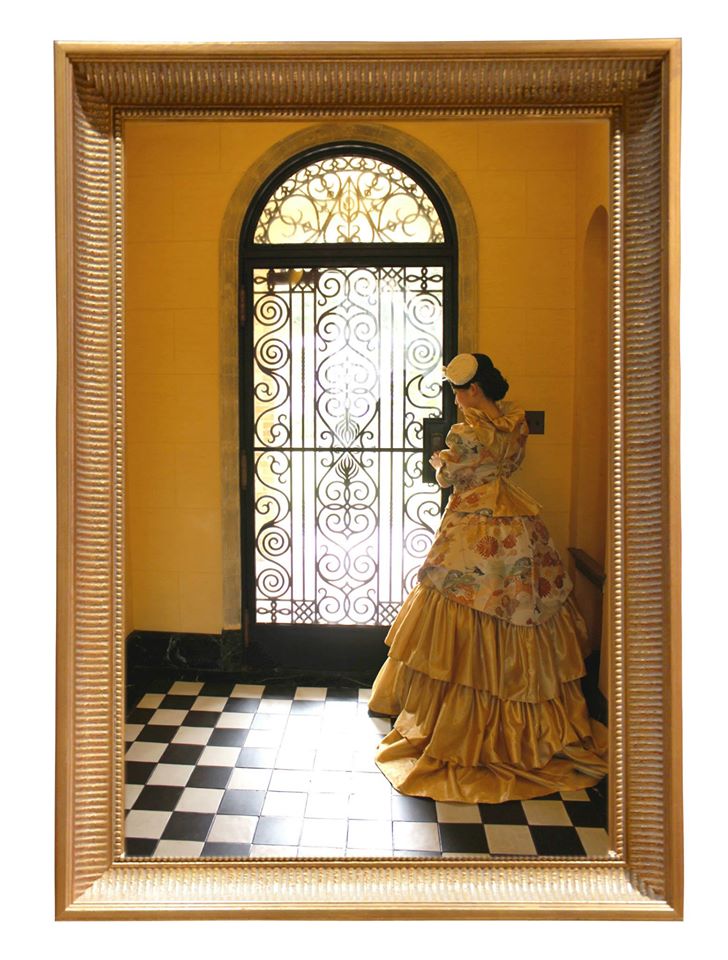 The history of Western-style dresses in Japan started 150 years ago.

In 1863, Mrs. Pearson opened a dressmaker's shop in Yokohama.
This marked the beginning of dressmaking culture in Japan.

When Western fashion was imported to Japan, "bustle-style" dresses were very popular in Western countries.
"Bustle" refers to the framework that creates the fuller/draped cloth style in the dress.

The wider skirt "crinoline-style" preceded the bustle style. Compared with crinoline dresses, bustle dresses were flatter on the front and sides. This created a fuller, rounder effect in the back of the skirt.

With the bustle-style dress, women could work comfortably while still being able to dress femininely.

The bustle-style dress was the first dress that Japanese women ever saw and wore.

As the Japanese government began to assimilate Western ways into their policies, politicians and diplomats had to adopt Western-style clothes.
Due to this influx of Westernization, Nagako Nabeshima, a wife of a Japanese diplomat, wore a bustle dress made of kimono.
The silhouette was western and the fabric that was used was "kosode"*, a kind of antique kimono.

The dress was gorgeous and graceful. The desire to assimilate Western ways combined with the desire to preserve Japanese culture. Both of these ideas were intertwined in a harmonious way and gave birth to a new style of dress: a dress formed with the essence of Western culture and Japanese history.

It wasn't all just Western culture being imported into Japan however; Japanese culture was also being exported overseas.
It was introduced into many countries through international exhibitions and some people even refer to this time as the era of "Japonism".
Many Westerners found kimonos to be very intriguing, and thus bustle dresses made with kimono fabrics were produced in Europe as well.

The amalgamation of Japanese and Western styles complimented each other so nicely that the popularity of the dress flourished all around the world.

We, Classical Princess Japon have researched and studied Classic Kimono Dresses that have such history, and revived them in the present day.
We would like to provide people opportunities to actually wear these dresses and experience the historical story directly at historical buildings, art museums and literary museums in Japan. 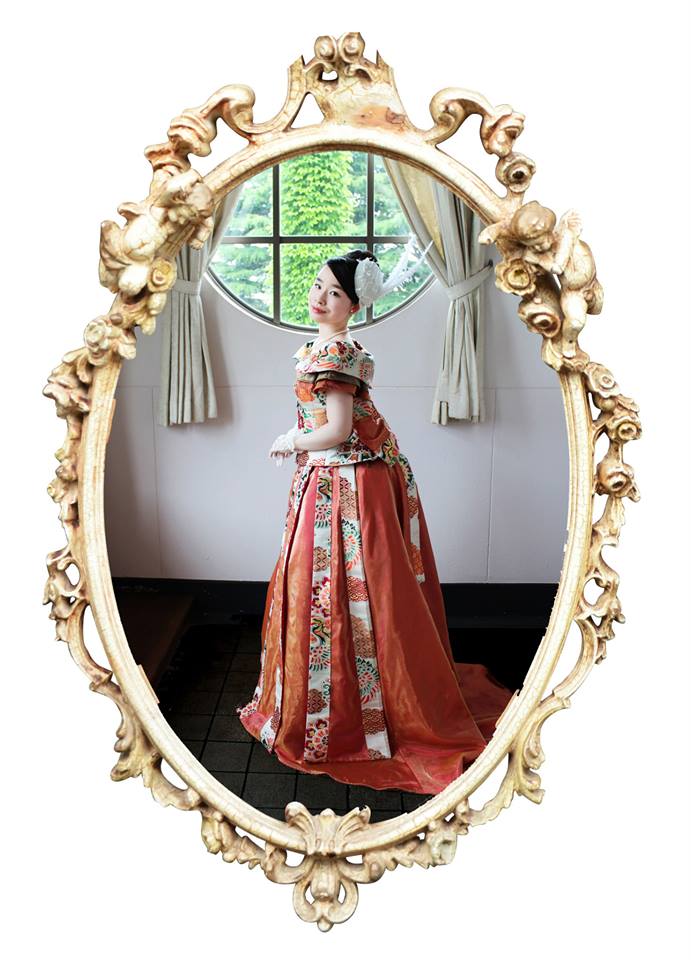 Dress and Photo Session: “Meeting of ladies in Yamate, Yokohama”
(With the cooperation of The Osaragi Jiro Memorial Museum)

The Osaragi Jiro Memorial Museum (113, Yamatecho, Naka ward, Yokohama city, Kanagawa)
(8 minutes walk from Motomachi-Chukagai station (Minatomirai line))
The museum venue is a western style house built in Yamate district, Yokohama to honor the achievements of Jiro OSARAGI. OSARAGI was a great writer with many great works. One of them is titled "Muteki" and is a story set in Yokohama during the period of civilization and enlightenment.

The sequence of the day's event

Dress up (change of clothes)
→Hair setting and point makeup by a professional hair and make-up artist.
→Photo session by a cameraman in the museum

* Only one group can participate in one hour. No more than 2 people per group.
* Couples can participate as well
Charge for men: 5,000 yen (including the admission fee of The Osaragi Jiro Memorial Museum, hair setting, shooting and pictures (1 L-type print))

You can choose your favorite design among any one of the Classic Kimono Dresses of Classical Princess Japon that we prepare on the day.
Size: 7 - 13 (Japanese)
Please check the following to compare Japanese sizes to international sizes.
http://www.sizeguide.net/womens-clothing-sizes-international-conversion-chart.html

Please register for the event from the Classical Princess Japon web site.
http://www.classical-princess.com/